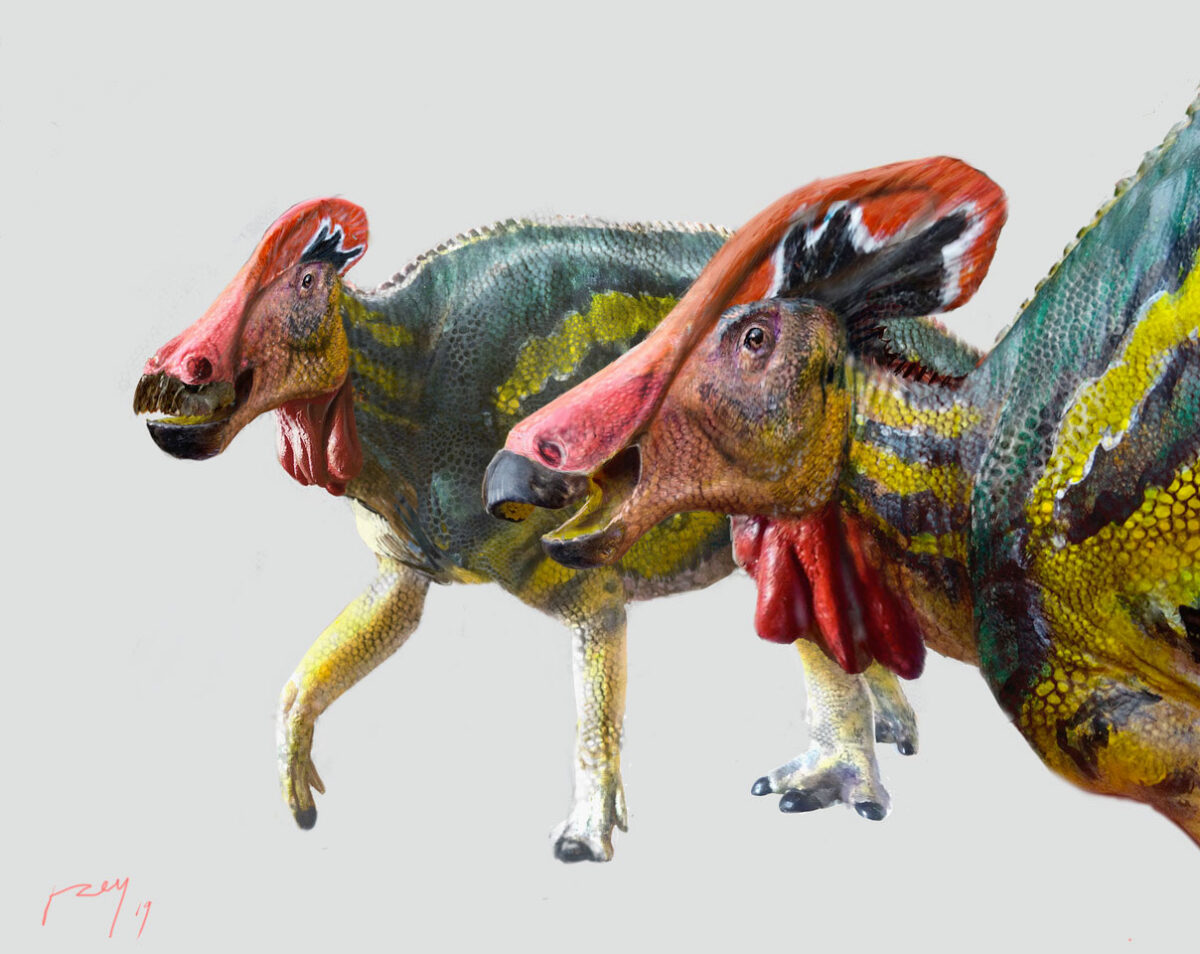 A new species of dinosaur has been identified

A priori peaceful and sociable

According to a statement by the National Institute of Anthropology and History (INAH) of Mexico, a new species of dinosaur, a priori peaceful and sociable, has been identified by a team of palaeontologists in Mexico after the discovery nearly a decade ago of its almost 72 million years old fossilized bones.

“72 or 73 million years ago, a huge herbivorous dinosaur died in a body of water rich in sediments, so its body was quickly covered by the soil and managed to be preserved for centuries”, the INAH said in its statement.

The new species,given the name Tlatolophus galorum, was identified as a crested dinosaur after 80% of its skull was recovered, allowing experts to compare it with other dinosaurs of this type, according to the INAH.

The research, which also involved experts from the Autonomous National University of Mexico, began in 2013 after unearthing the dinosaur’s tail in the state of Coahuila in northwestern Mexico, where the rest of the discoveries were made.

“When we recovered the tail, we continued digging under the spot it was found. The surprise came when we started unearthing bones such as the femur, the shoulder and other parts”, said Alejandro Ramires, a scientist who participated in the discovery.

Scientists later managed to collect, clean and analyze other bone fragments from the front of the dinosaur’s body.

The INAH added in its announcement that the palaeontologists then found the dinosaur’s crest which was 1.32 meters long as well as other parts of the skull: the lower and upper jaws, the palate, and even a part known as the neurocranium which held its brain, leading to its recognition in 2021 as a new species of dinosaur.

The Mexican anthropological organization also explained the meaning of the name of the new species of dinosaur; Tlatolophus galorum. Tlatolophus is a synthesis of two words, Tlatok a term from the indigenous Mexican language of Natuatl meaning “word” and lophus the Greek for plume. According to the INAH, galorum refers to the people associated with this research.

“We know they could hear low-frequency sounds, so they must have been peaceful dinosaurs, but sociable”, the institute pointed out .

Palaeontologists also believe that “they made loud noises to scare away carnivores or for breeding purposes” and that “their crest was brightly coloured.”

The discovery was published in the journal Cretaceous Research, concluded the INAH.