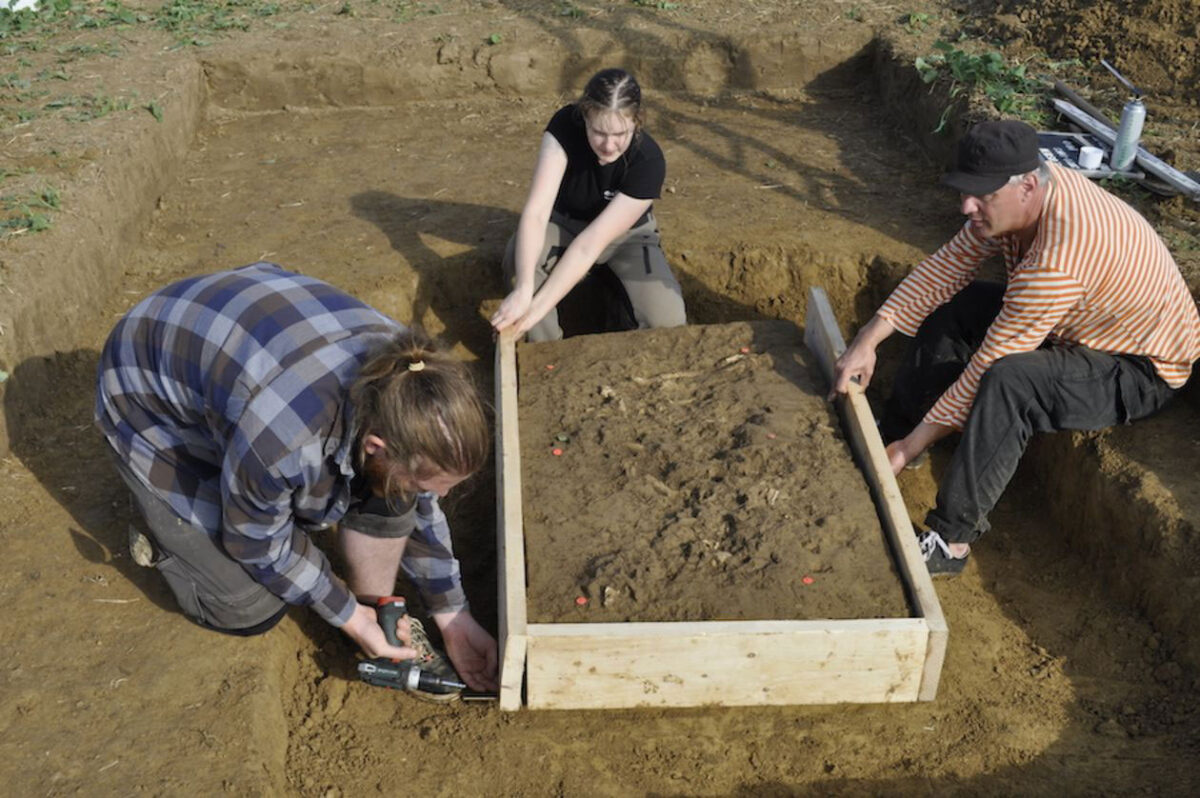 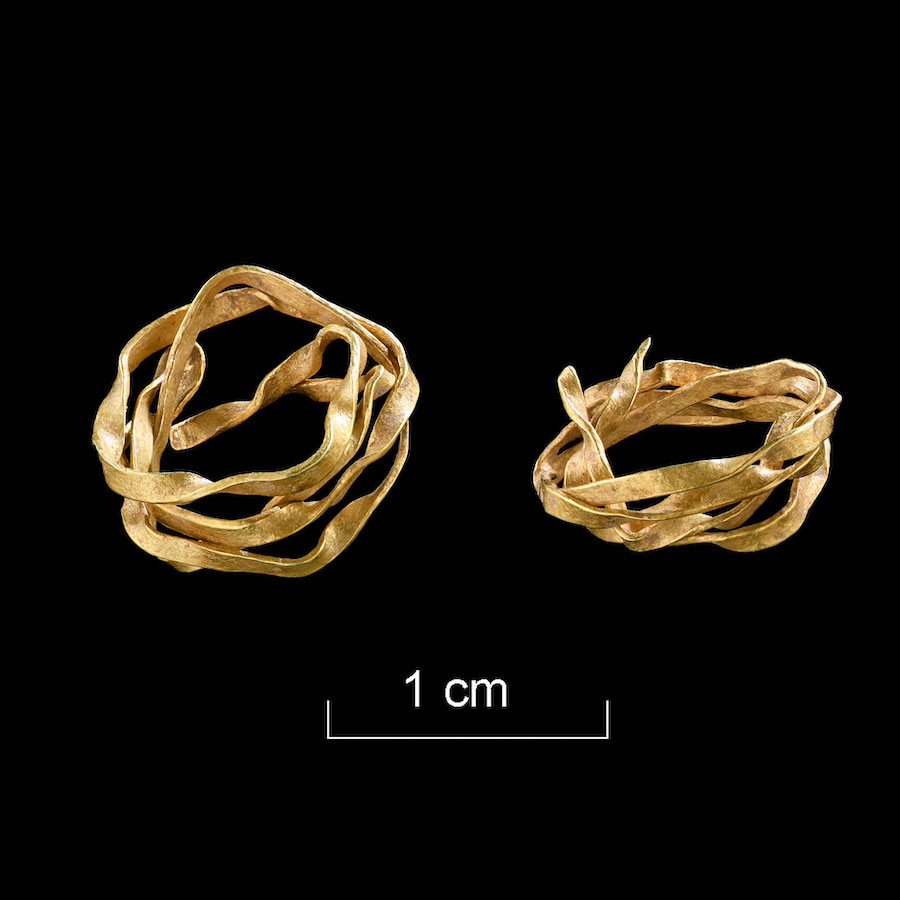 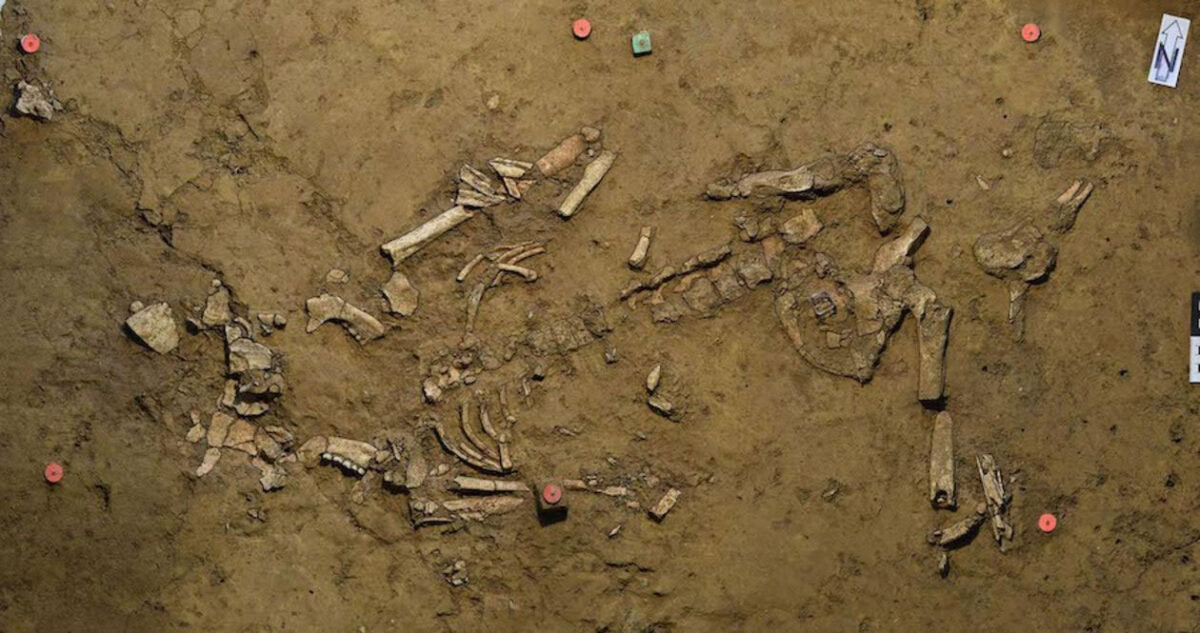 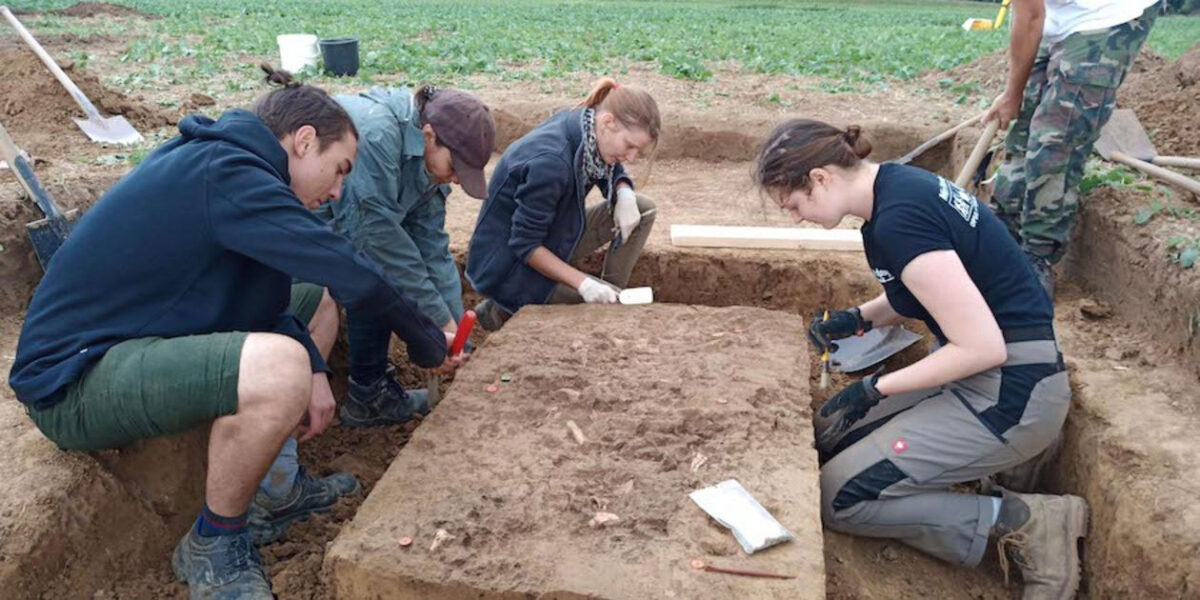 From the grave of an Early Bronze Age woman

Archaeologists working in the district of Tübingen in southwest Germany have discovered the region’s earliest gold object to date. It is a spiral ring of gold wire unearthed in autumn 2020 from the grave of an Early Bronze Age woman. It is about 3,800 years old, according to analyses. Precious metal finds from this period are very rare in southwestern Germany. The gold probably originates from Cornwall in southwest Britain. The archaeologists say it is unusually early proof of the far-reaching trade in luxury objects of the people of that time. The excavation was led by Professor Raiko Krauss from the Institute of Prehistory and Medieval Archaeology at the University of Tübingen and Dr. Jörg Bofinger from the Baden-Württemberg State Office for Cultural Heritage Management, based in Esslingen.

During the excavation, the researchers found that the woman was buried in a fetal position, facing south. This type of burial is typical of the late Neolithic period in Central Europe. The only object found in the grave was the spiral roll made of gold wire, located behind the woman’s remains at about hip height. It may have been a hair ornament and indicates that the wearer was of high social status. Radiocarbon dating of the bones puts the burial between about 1850 and 1700 BCE – the Early Bronze Age.

Alloy points northwest instead of southeast

The gold contains about 20 percent silver, less than two percent copper, and has traces of platinum and tin. This composition points to a natural gold alloy typical of gold washed from rivers. The pattern of trace elements resembles that of gold from deposits in Cornwall, specifically from the Carnon River area, the research team says. This clear connection to northwestern Europe contrasts with older gold and precious metal finds in Europe, which originated almost exclusively from deposits in southeastern Europe. There is evidence that jewelry made of gold was produced as early as the fifth millennium BCE.

The research team considers the gold find from the Tübingen district as evidence that western cultural groups gained increasing influence over central Europe in the first half of the second millennium BCE. The woman’s grave was located not far from a group of other Early Bronze Age burials and is apparently connected with the prehistoric hilltop settlement on the nearby Kirchberg.