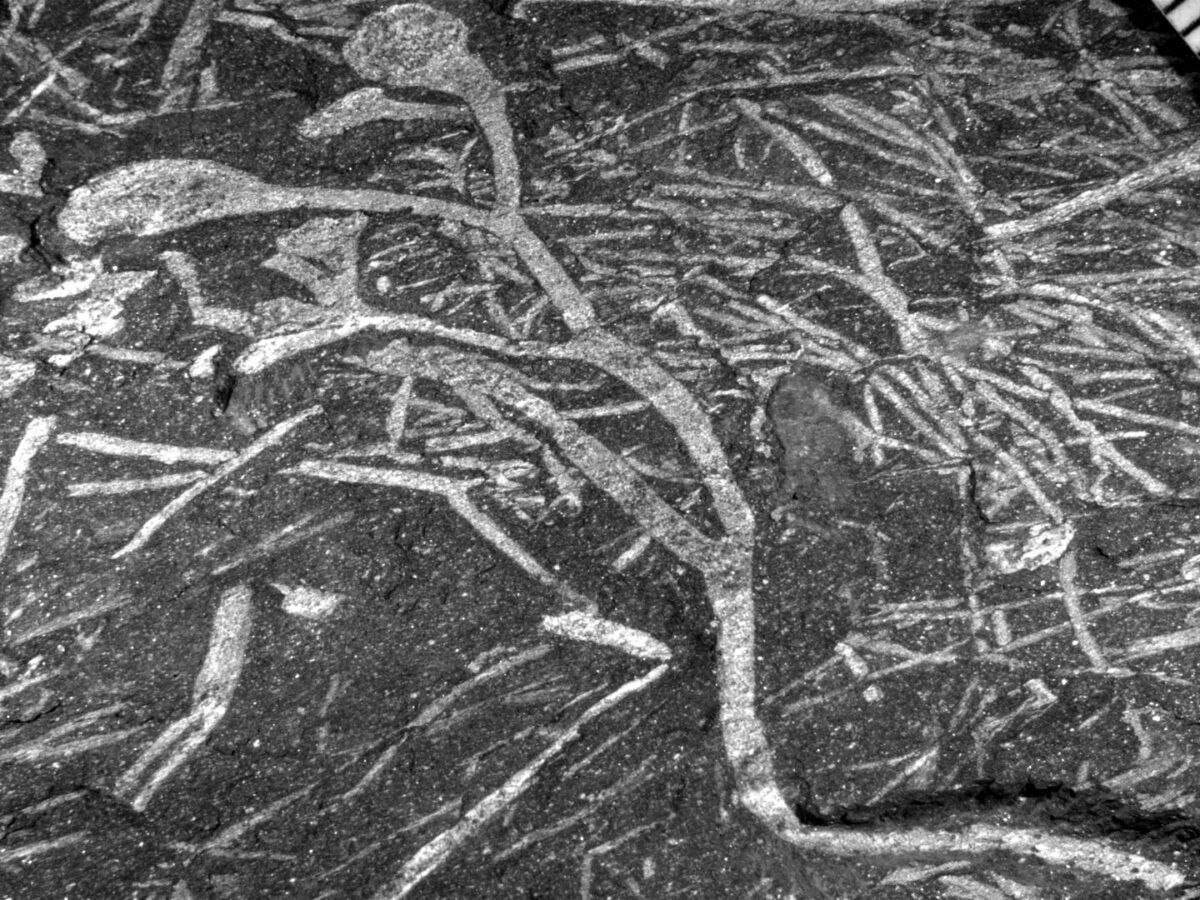 Discovery of the oldest plant fossils on the African continent!

Dating from the Lower Devonian

The analysis of very old plant fossils discovered in South Africa and dating from the Lower Devonian period documents the transition from barren continents to the green planet we know today. Cyrille Prestianni, a palaeobotanist at the EDDy Lab at ULiège, participated in this study, the results of which have just been published in the journal Scientific Reports.

The greening of continents – or terrestrialisation – is undoubtedly one of the most important processes that our planet has undergone. For most of the Earth’s history, the continents were devoid of macroscopic life, but from the Ordovician period (480 million years ago) green algae gradually adapted to life outside the aquatic environment. The conquest of land by plants was a very long process during which plants gradually acquired the ability to stand upright, breathe in the air or disperse their spores. Plant fossils that document these key transitions are very rare. In 2015, during the expansion of the Mpofu Dam (South Africa), researchers discovered numerous plant fossils in geological strata dated to the Lower Devonian (420 – 410 million years ago), making this a truly exceptional discovery.

Cyrille Prestianni, a palaeobotanist at the EDDy Lab* (Geology/Faculty of Science) at the University of Liège, explains: “The discovery quickly proved to be extraordinary, since we are in the presence of the oldest fossil flora in Africa and it is very diversified and of exceptional quality.  It is thanks to a collaboration between the University of Liège, the IRSNB (Royal Belgian Institute of Natural Sciences) and the New Albany Museum (South Africa) that this incredible discovery could be studied. The study, which has just been published in the journal Scientific Reports, describes this particularly diverse fossil flora with no less than fifteen species analysed, three of which are new to science.  Dr. Prestianni adds : “This flora is also particularly interesting because of the quantity of complete specimens that have been discovered. These plants are small, with the largest specimens not exceeding 10 cm in height. They are simple plants, consisting of axes that divide two or three times and end in reproductive structures called sporangia.”

The fossil flora of Mpofu allows us today to imagine what the world might have been like when the largest plants were no taller than our ankle and almost no animals had yet been able to free themselves from the aquatic environment. It gives us a better understanding of how our Earth went from a red rock devoid of life to the green planet we know today. These plants, simple as they are, are a crucial step in the construction of the environments that hosted the first land animals, arthropods. They form the basis of the long history of life on Earth, which continues today from dense tropical forests to the arid tundra of the north.

The Evolution and Diversity Dynamics Lab (EDDy Lab) of the University of Liège is the heir of a long palaeontological tradition, especially in the study of terrestrialisation processes. The work presented here is the result of a long collaboration between the ULiège and the IRSNB, two leading French-speaking Belgian institutions in the field of palaeontological sciences.