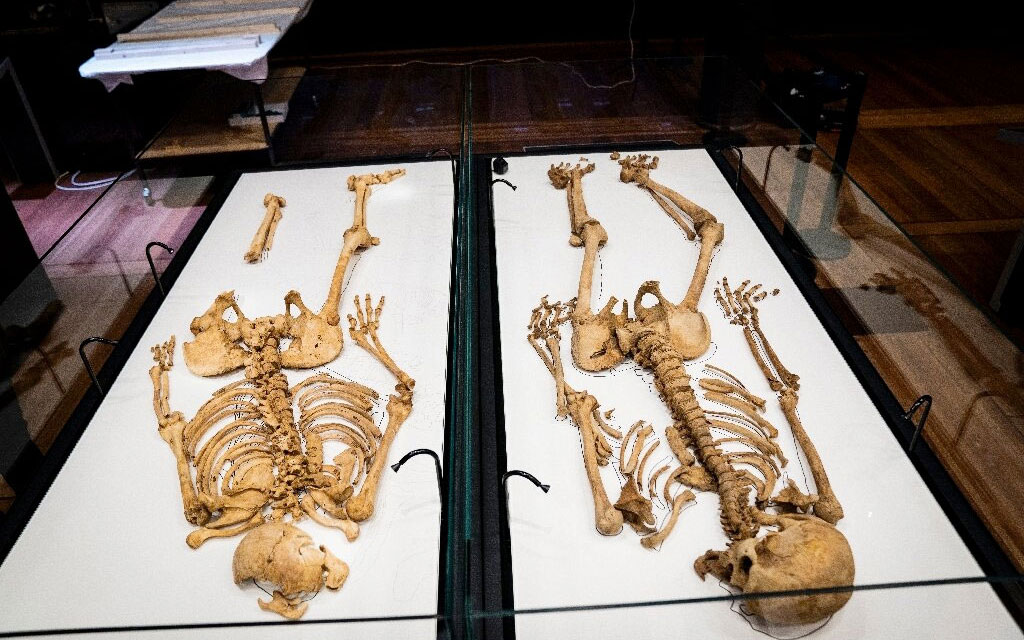 New light on the movement of the Vikings

Two Viking warriors, members of the same family and separated for 1,000 years, were recently reunited at the National Museum of Denmark in Copenhagen. The case of the two related warriors sheds new light on the Viking movements in Europe at that time. In the early 11th century. One of them died in England of a head injury and was buried in a mass grave in Oxford. The second died in Denmark and his skeleton bears marks from blows that suggest he took part in battles.

From the DNA analysis in skeletons of the Viking era (8th-12th century), it was found, completely by chance, that the two men were second-degree relatives. “This is a big discovery because now you can trace movements across space and time through a family,” explained archaeologist Jeanette Varberg.

The man’s skeleton found in England was loaned by the Oxfordshire Museum to the National Museum of Denmark for a period of three years.

Historians agree that the ancestors of present-day Danes invaded Scotland and England. The man found in Oxford was about 20 years old when he was killed. He was probably wounded during a raid, but another theory is that he may have been killed when King Ethelred II of England ordered the extermination of all Danes in his country in 1002.

According to Varberg, it is very rare for scientists to discover genetic relationships by examining the DNA of ancient skeletons, especially when they are not members of royal families.

There is no doubt the two men are related , however it is not possible to determine exactly what their relationship was. “It’s very difficult to tell if they lived in the same age or they differ maybe by a generation, because you have no material in the grave that can give a precise dating. So you have a margin of 50 years plus or minus”, the archaeologist said.