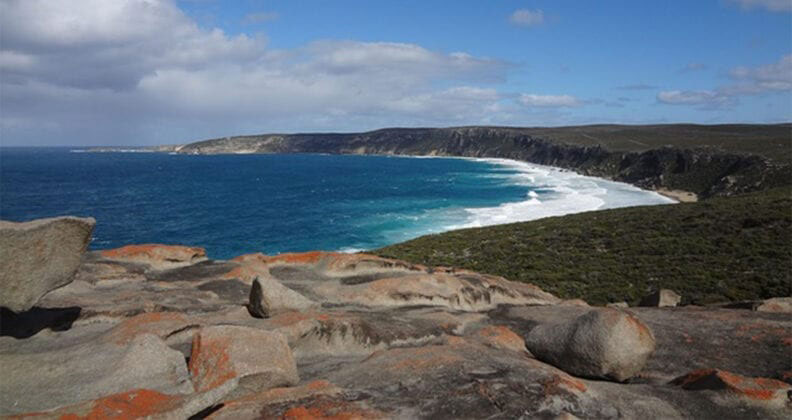 Ancient bones provide clues about Kangaroo Island’s past and future

A Curtin University-led study of ancient bones on South Australia’s Kangaroo Island has provided new information about the Island’s past fauna and an insight into how species may live there in the future.

Published in Quaternary Science Reviews, the researchers analysed around 2,000 bone fragments with the aim of eventually being able to establish a more complete picture of past biodiversity on the Island.

Lead researcher Dr Frederik Seersholm from Curtin’s School of Molecular and Life Sciences said DNA studies on such a large scale have never been done on the Island before.

“We identified 33 species, 10 of which are extinct on the island today. We also found DNA traces from both the Eastern and the Western grey kangaroos – which is interesting given it was previously thought that only the Western used to roam the Island,” Dr Seersholm said.

“Our research also discovered an extinct population of spotted-tailed quoll, different from both the modern mainland and Tasmanian populations, indicating that it once lived on Kangaroo Island and perhaps other parts of South Australia too.

“While Kangaroo Island is a renowned biodiversity hotspot, and natural haven for several threatened and endemic species, it has been continuously losing species richness since European arrival on the Island 200 years ago.

“From excavations of these ancient fossil bones, we now know more about the species that used to roam the Island before this human-caused decimation.”

Dr Seersholm said this research was particularly important in the wake of the major bushfires of 2019/2020 which had a devastating impact on Kangaroo Island’s pristine ecosystem.

“We hope our work in accurately identifying species can aid conservation and restoration efforts and help to restore the biodiversity on Kangaroo Island,” Dr Seersholm said.

“While more research is needed in this area, our study has confirmed that Kangaroo Island could be a potential haven for the reintroduction of some species.

“If a quoll population should be introduced to the island, it is essential to get a detailed picture of the extinct quoll population. The research has also added the eastern grey kangaroo to the list of potential reintroduction candidates

“More data from similar cave sites is needed to generate a complete picture of the genetic diversity before European arrival and further samples of the spotted-tailed quoll from mainland South Australia will help to clarify whether they were unique to the island.”