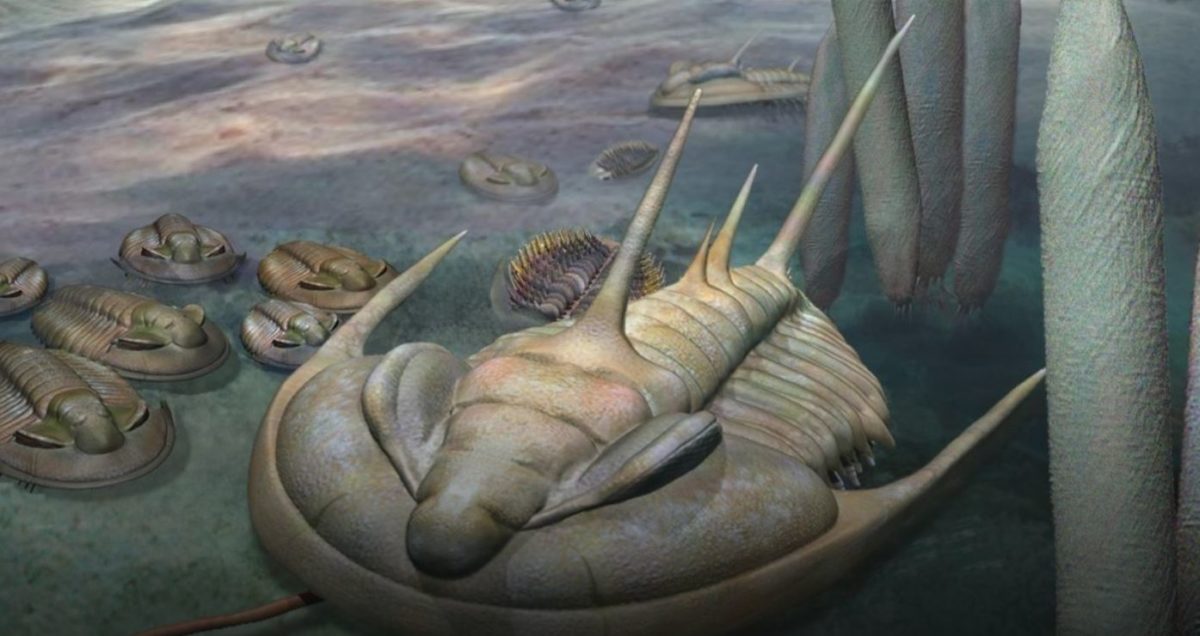 Trilobites, one of the most successful fossil animal groups

Fossils of a giant new species from the long-extinct group of sea creatures called trilobites have been found on Kangaroo Island, South Australia.

The finding is adding important insights to our knowledge of the Cambrian ‘explosion’, the greatest diversification event in the history of life on Earth, when almost all animal groups suddenly appeared over half-a-billion years ago.

Trilobites, which had hard, calcified, armour-like skeletons over their bodies, are related to modern crustaceans and insects. They are one of the most successful fossil animal groups, surviving for about 270 million years (521 to 252 million years ago). Because of their abundance in the fossil record, they are considered a model group for understanding this evolutionary period.

“We decided to name this new species of trilobite Redlichia rex (similar to Tyrannosaurus rex) because of its giant size, as well as its formidable legs with spines used for crushing and shredding food – which may have been other trilobites,” says James Holmes, PhD student with the University of Adelaide’s School of Biological Sciences, who led the research.

The preservation of trilobite ‘soft parts’ such as the antennae and legs is extremely rare. The new species was discovered at the Emu Bay Shale on Kangaroo Island, a world-renowned deposit famous for this type of preservation. The findings have been published in the Journal of Systematic Palaeontology by a team of scientists from the University of Adelaide, South Australian Museum and the University of New England.

The new species is about 500 million years old, and is the largest Cambrian trilobite discovered in Australia. It grew to around 30 cm in length, which is almost twice the size of other Australian trilobites of similar age.

“There are also large specimens of fossilised poo (or coprolites) containing trilobite fragments in this fossil deposit. The large size of injured Redlichia rex specimens and the associated coprolites suggests that either much bigger predators were targeting Redlichia rex, such as Anomalocaris – an even larger shrimp-like creature – or that the new species had cannibalistic tendencies.”

One of the major drivers of the Cambrian explosion was likely an evolutionary “arms race” between predators and prey, with each developing more effective measures of defence (such as the evolution of shells) and attack.

“The overall size and crushing legs of Redlichia rex are a likely consequence of the arms race that occurred at this time” says James Holmes. “This giant trilobite was likely the terror of smaller creatures on the Cambrian seafloor.”