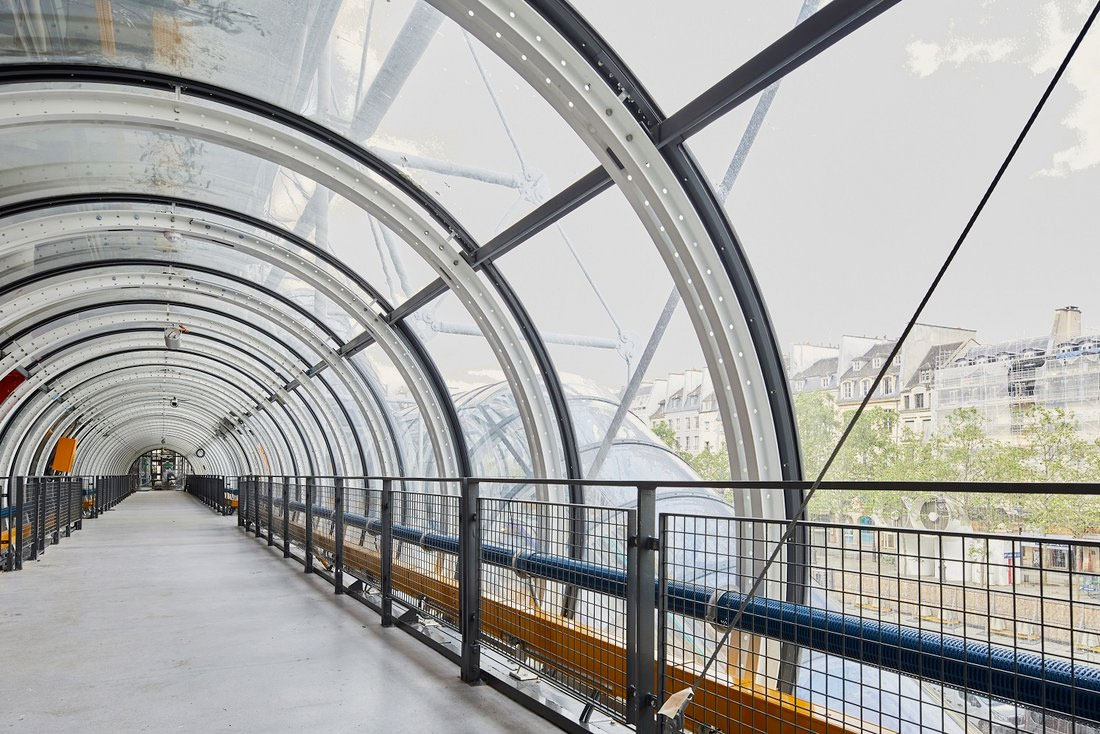 Before the large scale works begin in the autumn of 2023

Before the start of large scale works on the building in the fall of 2023, the Pompidou Centre in Paris has completed its first facelift: the entrance to its square was redesigned and the “caterpillar” of the moving escalator on its facade entirely rebuilt.

Since the works began at the end of the summer of 2019, the square where one could sit, make an appointment or watch some of the performances given there by street artists, remained closed to the public. Visitors and students had to enter from the back of the building where temporary elevators had been installed.

With this renovation, the museum and the Public Information Library (BPI), the busiest public reading room in Paris, will have a common entrance.

The emblematic “caterpillar” of architect Renzo Piano’s 1977 futuristic building, which allows visitors to “discover” old Paris as they ascend from one floor to the next, has also been reconstructed without its exterior being changed.

After 40 years of intensive use and more than 250 million users, it was necessary to replace the moving escalator and modernize the corridors by improving their insulation particularly  for the summer months. All the glass panes of the “caterpillar” and the corridors were replaced.

The public has unrestricted use of the “caterpillar” to climb and admire the view, without having to pay a ticket. Access to the Ground floor and basement Forums remains free should one wish to attend discussions or performances.

The Pompidou Center will be completely closed at the end of 2023 for a much more important second construction site before reopening its doors in early 2027: work will be done on asbestos removal and renovating the building to meet safety specifications in various technical requirements, fire protection, etc. The works to be implemented also aim to save energy and provide better access for people with disabilities.