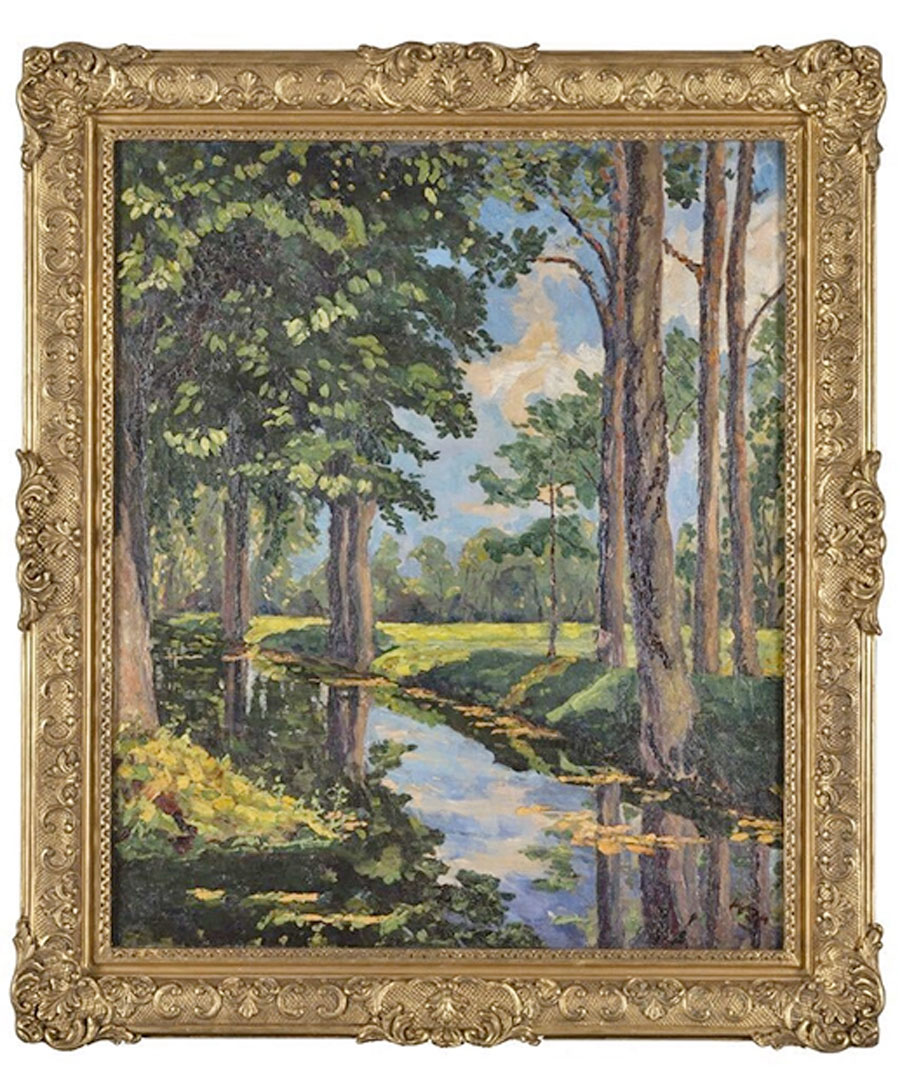 1.8 million dollars for a painting by Winston Churchill

It adorned the Yacht of Aristotle Onassis

A painting by Winston Churchill, once offered by the former British prime minister to his friend, Greek shipowner Aristotle Onassis, sold for $1.84 million last Wednesday in New York at Phillips auction house.

The oil painting called “The Moat, Breccles,” made by Churchill in 1921, was expected by Phillips to go for between $1.5 million and $2 million, considerably less than the $11.6 million fetched by another of the statesman’s paintings sold by Angelina Jolie through Christie’s auction house last March.

Churchill had kept this landscape for 40 years, before offering it in 1961, four years before his death, to his friend and king of the jet set Aristotle Onassis, Jean-Paul Engelen, Phillip’s Deputy Chairman said to the Agence France-Presse before the sale.

The immensely rich shipowner was so proud of this gift that he hung it in pride of place , behind the famous bar of his yacht – known as Ari’s bar –  next to works by Vermeer, Gauguin, El Greco and Pizarro.

This super-yacht, “Christina O.”, named after his daughter, was a former Canadian anti-submarine frigate, almost 100 meters long. She had participated in the Normandy landings before Onassis bought it after the war for $34,000. Onassis renovated the boat luxuriously at a cost of about $4 million, to make it “one of the most incredible floating structures” and one of the favourite places of the jet set of the time, as Engelen recalled. Many big names of the time had boarded the yacht from Elizabeth Taylor and Richard Burton, to John F. Kennedy, Maria Callas, Grace Kelly and Prince Rainier.

When Onassis died in 1975, his yacht was sold and everything in it went into storage until his heirs recently decided to sell the painting. To further fascinate fans of this mix of history and glamour, the Phillips auction house recreated Ari’s Bar in its rooms in New York, imitating the famous whale teeth that adorned it, and filling the shelves with bottles of Pol Roger champagne, the one preferred by the Greek tycoon.