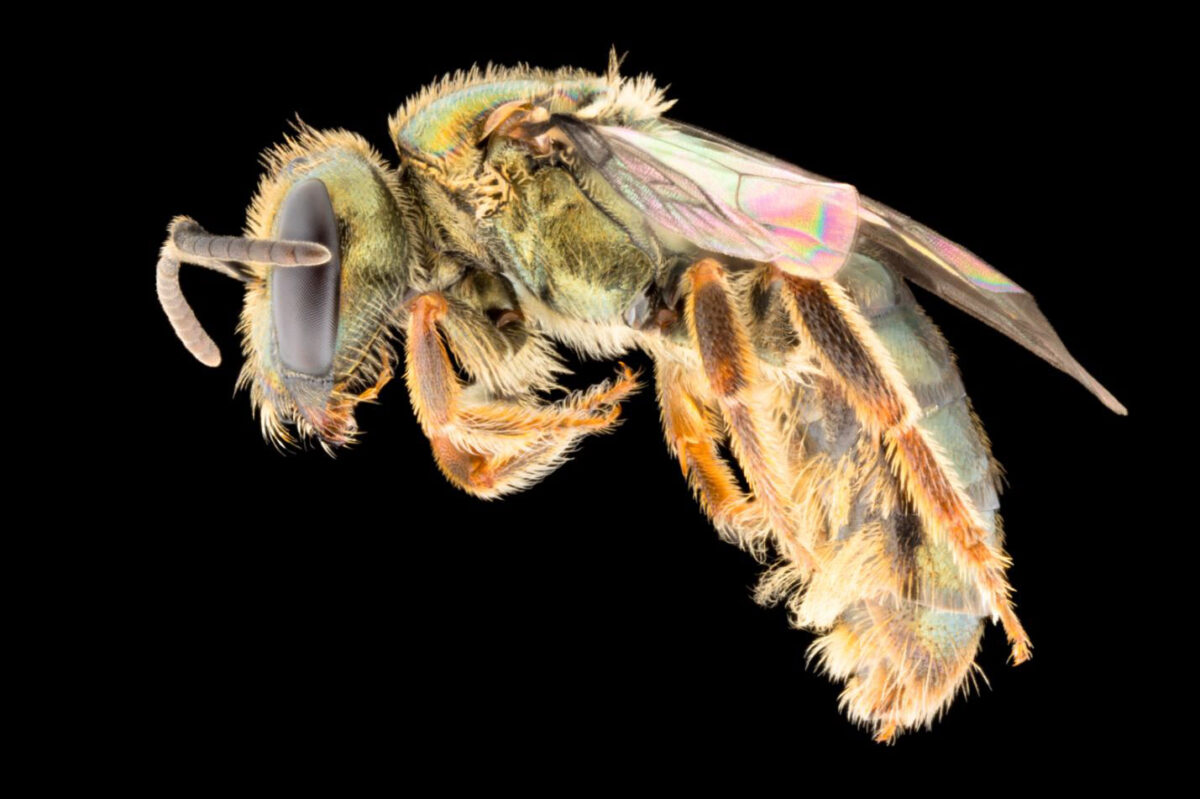 How humans brought change to a tropical paradise

Land clearance a bonus for bees

After centuries of human impact on the world’s ecosystems, a new study from Flinders University details an example of how a common native bee species has flourished since the very first land clearances by humans on Fiji.

In a new paper in Molecular Ecology (DOI: 10.1111/mec.16034), research led by Flinders University explores a link between the expansion of Homalictus fijiensis, a common bee in the lowlands of Fiji, which has increased its spread on the main island Viti Levu alongside advancing land clearance and the introduction of new plants and weeds to the environment.

“Earlier research connected the relatively recent population expansion to warming climates, but our study reveals an interesting and positive response from an endemic species to human modifications to the landscape which commenced about 1000BC,” says lead author, Flinders University researcher James Dorey.

“This species is a super-generalist pollinator (pollinates many plant species) and likes to nest in open, cleared ground, so one of the most important bee pollinators in Fiji actually appears to have benefited from human arrival and subsequent clearing of land in Fiji.”

Compared to the main island, Mr Dorey says no corresponding change in bee population size was found for another major island, Kadavu, where human populations and agricultural activities have been historically very low.

“That is too recent to be explained by a warming climate since the last glacial maximum which ended about 18,000 thousand years ago,” says senior author Associate Professor Michael Schwarz in the new paper.

“Instead, we argue that the expansion of Fijian bee population better coincides with the early occupation of the Pacific islands by the somewhat-mysterious Lapita people, and this expansion accelerated with increasing presence of later Polynesians in Fiji who modified the landscape with their agricultural practices.”

The research is an example of how the impacts of early human dispersals can be inferred even when fossil records are not available and when climate change is a complicating factor.

One possible downside of super-generalist pollinators, such as the endemic Fijian halictine bee Homalictus fijiensis, is that they could encourage the expansion of introduced weeds and exotic crop species – exacerbating other ecosystem changes in the long run.

“As well, those research techniques could be applied to many other animal species. For example, changes in population sizes of mammals, such as kangaroos, wombats and koalas, could be explored by looking at their tick and lice parasites which might have better ‘genetic signals’ of how populations have fared over the last few thousands of years or more,” adds Associate Professor Schwarz, who says high-resolution population genetic studies such as this are a good way to discriminate between older and ‘natural’ events due to climate change and those resulting from early human dispersal and colonisation.

“A persistent question in studies of ecosystems over the last 60,000 years or so concerns the relative roles of climate change and human modifications of the environment.  For example, there is a continuing debate about the extinction of megafauna in Australia – was it due to humans, climate change, or both?

The new paper is a result of almost a decade of scientific studies into Fiji’s biodiversity by SA Museum and Flinders University biological scientists and students.

“Early European explorers and naturalists were unaware that extensive human dispersals had already been transforming the ecologies of Pacific islands for millennia,” Dr Zagala says. “This study adds important details to an emerging picture of the Pacific as a highly cultivated landscape.”