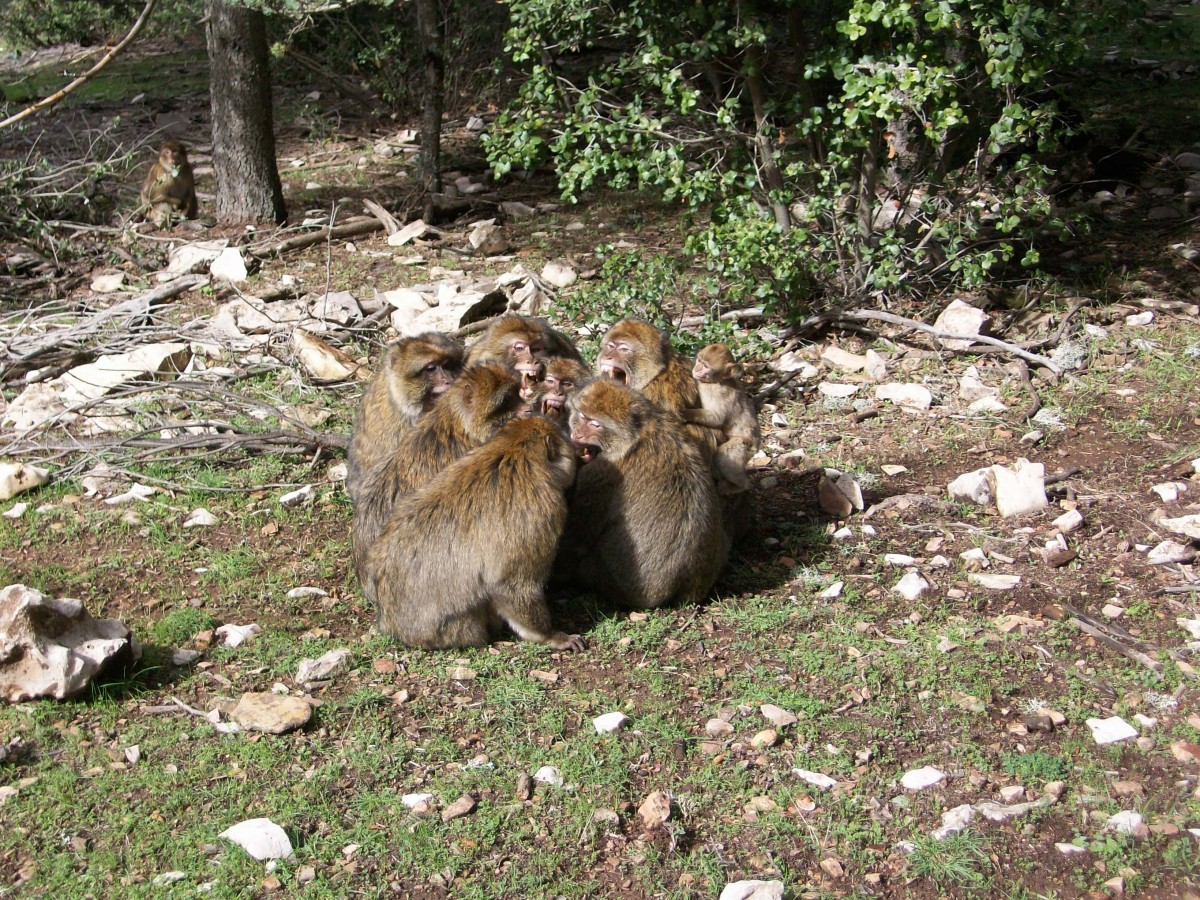 The evolutionary roots of parochialism

Our closest primate relatives may have evolved “us versus them” social traits as a means to cope with competition from rival groups of monkeys long before this behaviour first occurred in humans, new research suggests.

Researchers from the UK and Italy analysed data from past field studies of 27 wild groups of primates belonging to 15 different ‘old world’ species. They compared instances of aggression between groups – known as intergroup contest competition – with behaviours known to strengthen social bonds within groups, such as grooming.

Their findings, published in the academic journal Animal Behaviour, are the first to indicate a positive correlation between in-group affiliation and the intensity of competition with perceived ‘outsiders’ among primates. This pattern was observed only in females, not males, suggesting there must be different evolutionary benefits for this ‘parochialism’ between the sexes.

Lead author Dr Bonaventura Majolo, a behavioural ecologist based in the School of Psychology at the University of Lincoln, said: “Parochialism – or being ‘prosocial’ towards a member of your own group while being aggressive towards other groups – is an interesting trait from an evolutionary perspective because it lies at the heart of  racism and out-group discrimination in humans.

“The view has long been held that this trait evolved during the course of human evolution, when our ancestors were facing a prolonged period of warfare, as parochialism increases group cohesion and cooperation against opposing factions.

“Our study is the first to provide some support of a positive link between behaviour which benefits others within the group and the intensity of competition with other groups of primates.

“Our findings, together with recent work on fish and birds, indicate that parochialism is not a uniquely human trait but it has its evolutionary roots in our closest non-human primate relatives and it is possible it may have  evolved independently in different group-living species facing intense between-group competition.”