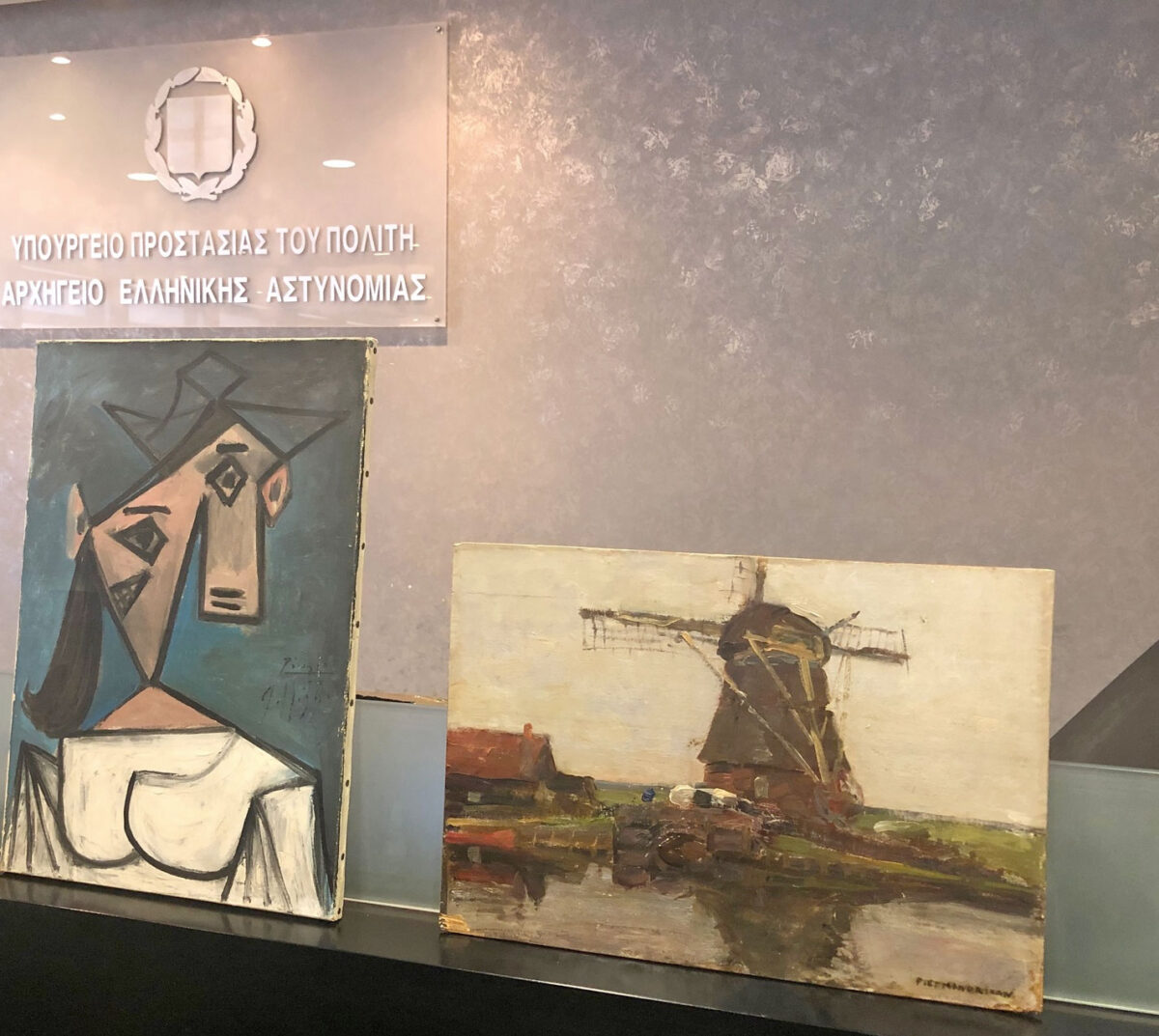 The paintings stolen from the National Gallery on January 9, 2012 were recovered by the Department for Crimes against Property of the Attica Security Directorate and a 49-year-old man was arrested as the perpetrator.

The Ministry of Culture and Sports announced that after investigations and thanks to a scrupulous use of research data, police officers of the Department of Crimes against Property located the 49-year-old on Monday June 28 2021 in Attica and handed him over to the Attica Security Directorate. While being interrogated, the 49-year-old confessed to the theft and led the police to a wooded area in Porto Rafti where he had hidden the two paintings, while he said that the third had been destroyed on the day of the theft.

The paintings were identified and their authenticity certified by the then Director of the National Gallery’s Department for Artistic Conservation and Research.

One is a 1939 painting by Spanish artist Pablo Picasso, depicting the head of a woman. In 1949, among other works offered by French artists, the painter gifted this work to the Greek people in honour of their brave resistance during the German occupation.

The second painting, entitled “Stammer Windmill”, is the 1905 work of the Dutch painter Piet Mondrian and depicts a windmill by a river. This work was purchased by Alexandros Pappas and was donated to the National Gallery.

“Today is really a special day, very joyous and very emotional”, said Minister of Culture and Sports Lina Mendoni. Speaking about Picasso’s “Head of a Woman” she said, among other things: “The painting has a special significance and emotional value for the people of Greece since the great painter himself dedicated it to the Greeks for their struggle against the Fascist and Nazi forces of the Axis and it bears his own dedication. This is why it was impossible not only to sell his painting but also to exhibit it anywhere. It has been fully identified as a product of theft from the National Gallery.”