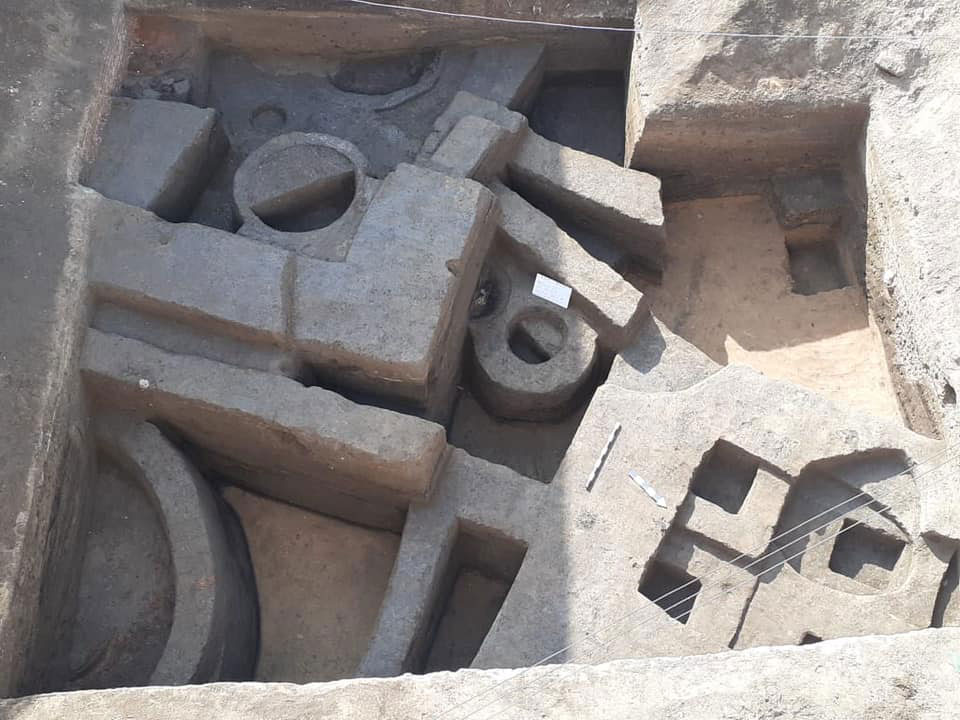 At a site also bearing evidence of use since the Early Dynastic period.

A Greco-Roman pottery workshop has been discovered in Egypt, at a site also bearing evidence of use since the Early Dynastic period.

The Egyptian mission of the ministry of Tourism and Antiquities working at the site of Tell Kom Aziza in Abu Hummus, Beheira governorate in the Delta (169 km or 105 miles north of Cairo) unearthed remains of a pottery workshop dated to the Greco-Roman period.

The Secretary-general of Egypt’s Supreme Council of Antiquities Dr. Mostafa Waziry said that the workshop has structures dated to the period between the 3rd century B.C and the 1st century. The team headed by Ibrahim Sobhy discovered the area where the clay get kneaded then extra substances added to make it more flexible for formation. The formation area where some tools were found including metal tools and parts of the pottery wheel and formed clay parts. The drying area which is the space where the clay used to be left to get direct sun before burning in the ovens to become pottery. According to Dr. Aiman Ashmawi, Head of the Ancient Egyptian Antiquities sector, the ovens discovered had updraft kilns and are built of burnt bricks and surrounded with thick layers of mud bricks to take the pressure of the burning process. Some finished pottery as well as unburnt clay were found too.

The head of the mission Mr. Sobhy said that “The team discovered an Early dynastic settlement contains mud brick houses with pottery inside for daily use, cooking ovens and storage magazines as well as bronze coins and a number of mud brick burials contains some skeletons buried in the squatting position and were covered with a thick mud layer and surrounded with pottery and alabaster funerary jars. The finding of objects dated from the Early Dynastic up to the Roman Era is seen as evidence of teh site’s continuous use.