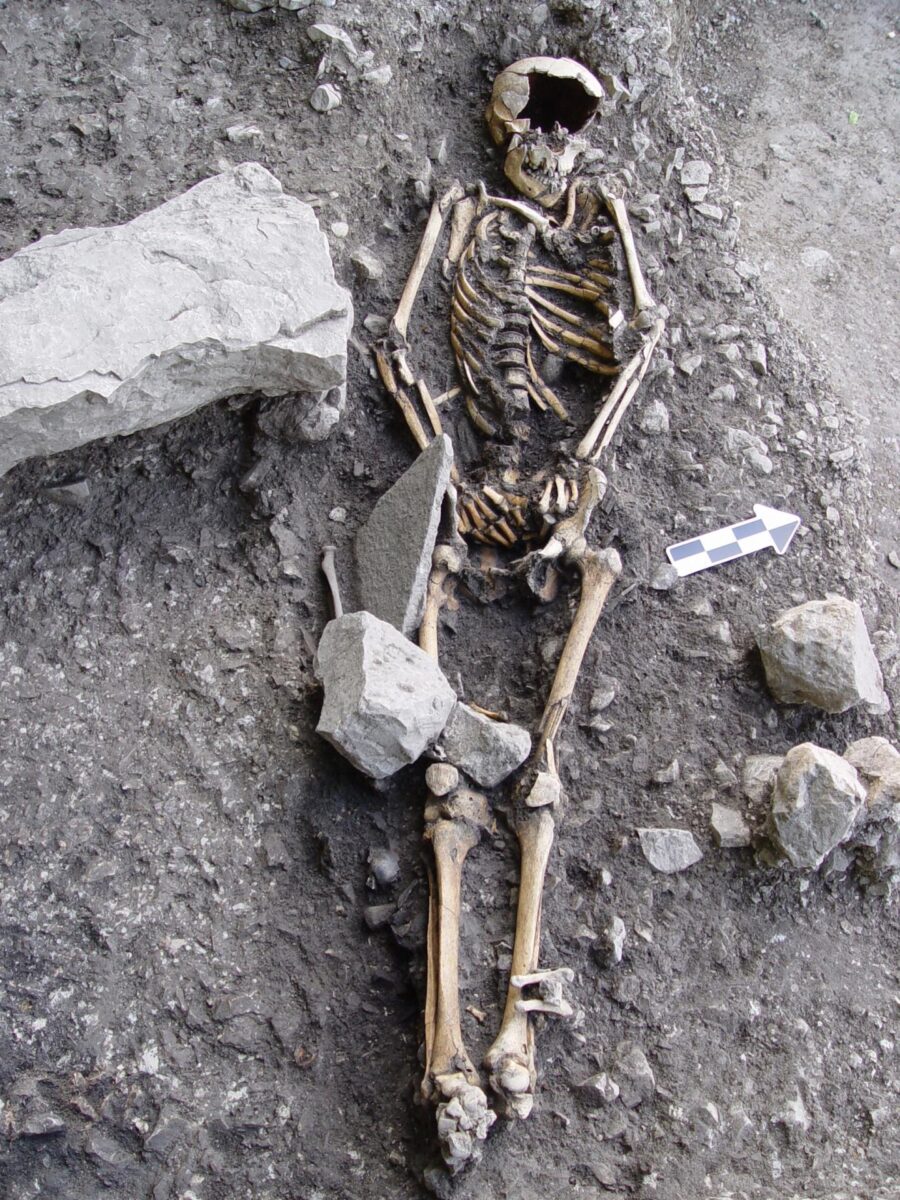 Dental tartar, which has always been considered a great enemy of our oral health, has in recent years become a subject of study in bioarchaeology, proving to be a fundamental tool for research into the eating habits and lifestyle of people living in prehistoric times. During the process of tartar formation, the cells of the microorganisms that populate the oral cavity (the so-called bacterial flora), microscopic food particles and even plant and/or animal structures and their DNA molecules can be trapped and preserved for millennia.

The study was published in the Proceedings of the National Academy of Sciences and carried out as part of the ERC Starting Grant project HIDDEN FOODS by the DANTE – Diet and ANcient TEchnology Laboratory of the Department of Oral and Maxillo-Facial Sciences of Sapienza University in collaboration with the University of Vienna.

The analysis of ancient DNA preserved in the tartar of 44 individuals from archaeological sites in Italy and the Balkans, dating back over 15, 000 years, has made it possible to reconstruct the evolution of the oral flora of the ancient hunters and gatherers of the Palaeolithic and Mesolithic periods and of the first groups of farmers who arrived from the Near East during the Neolithic period, thus outlining the stages that marked the transition to agriculture in Southern Europe.

“Analyses on prehistoric teeth,” says Claudio Ottoni, palaeogeneticist and first author of the paper, “were conducted using advanced DNA extraction and gene sequencing techniques called Next-Generation Sequencing (NGS) and showed that the arrival of the first farmers only partially modified the composition of the oral flora of ancient hunters.”

Nevertheless, this event has been recorded in the human genome and in that of many animal species that ancient farmers brought in. By studying the genetic variability and phylogeographic analysis of a bacterial species that inhabit the oral cavity, the Anaerolineaceae bacterium oral taxon 439, we have been able to reconstruct the migratory flow of the first farmers who, around 8,500 years ago, moved from the Near East to the Balkans and Italy.

“Our analysis – continues Emanuela Cristiani of the Department of Oral and Maxillo-Facial Sciences, scientific head of the HIDDEN FOODS project and study coordinator – has allowed us to identify in two samples of tartar from ancient hunters, found at the site of Vlasac in Serbia, some traces of DNA of plants including birch, hazelnut and elder. Macro-remains of these plant species have also been found in Mesolithic contexts in the same area, confirming the consumption of these species for food and/or technological purposes.”

Previous studies have shown that birch resin was chewed and then used as glue, e.g. to make tools, an activity that may have left a molecular trace in the tartar of ancient hunter-gatherers.

“A more profound change in the composition of our bacterial flora,” explains Claudio Ottoni, “occurred after the Neolithic period, as demonstrated by comparison with some datasets of human tartar from the 18th and 19th centuries to the present day. Specifically, our results have shown that the functional activity of modern human oral flora has changed due to the massive use of antibiotics since the 1940s. This use has led to the emergence of antibiotic resistance mechanisms previously absent in prehistoric samples.”

Cristiani concludes: “this study represents a decisive step forward in the analysis of ancient tartar, although further investigations will be needed to establish whether the dynamics observed in the Balkans and Italy also occurred in other European regions. In order to understand exactly when our oral flora changed, it will be necessary to analyse more recent samples, from the Bronze Age to the Middle Ages.”