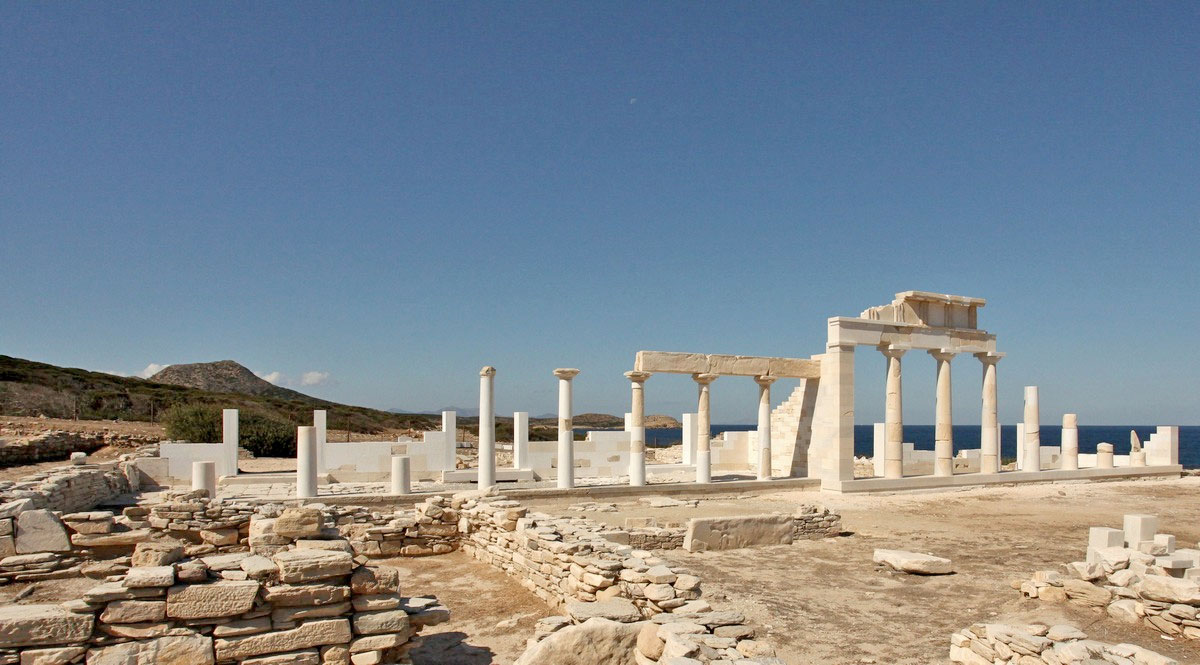 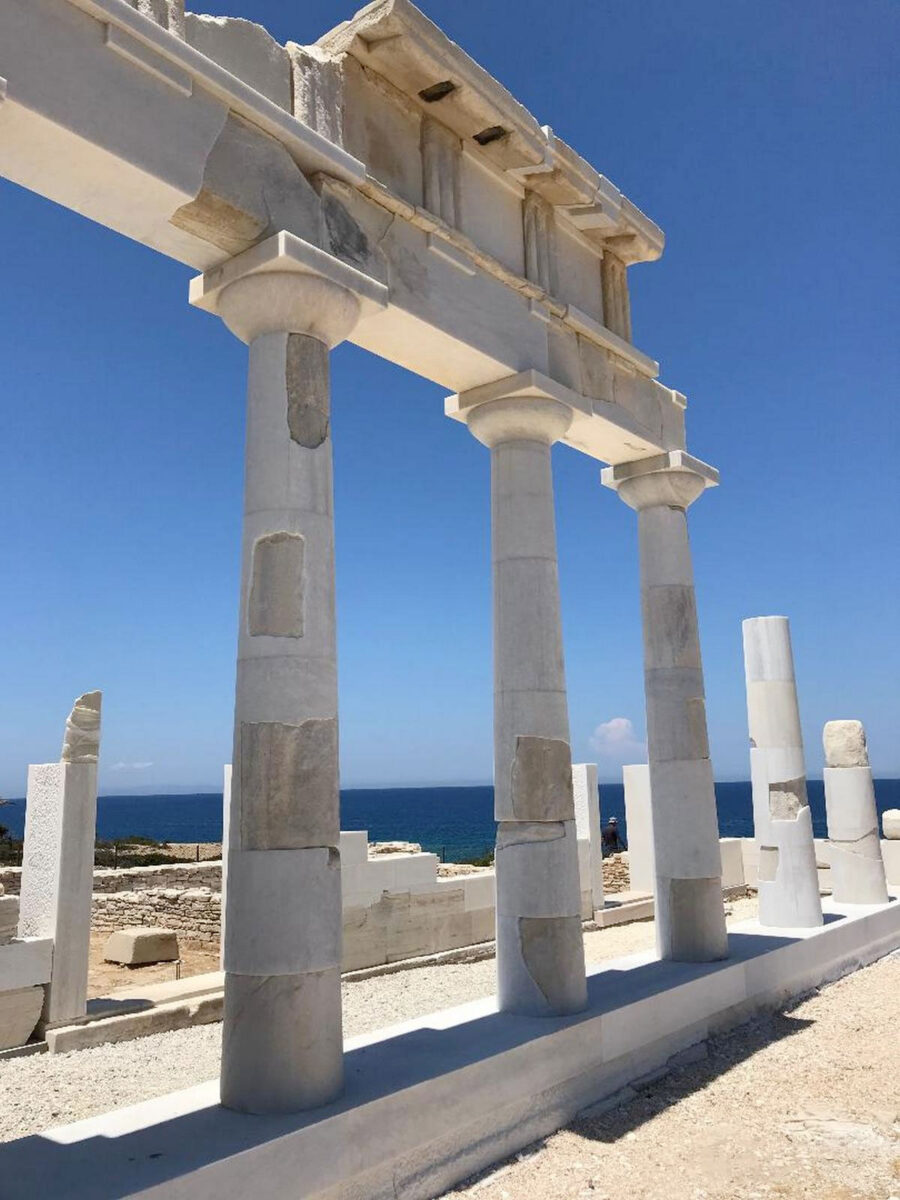 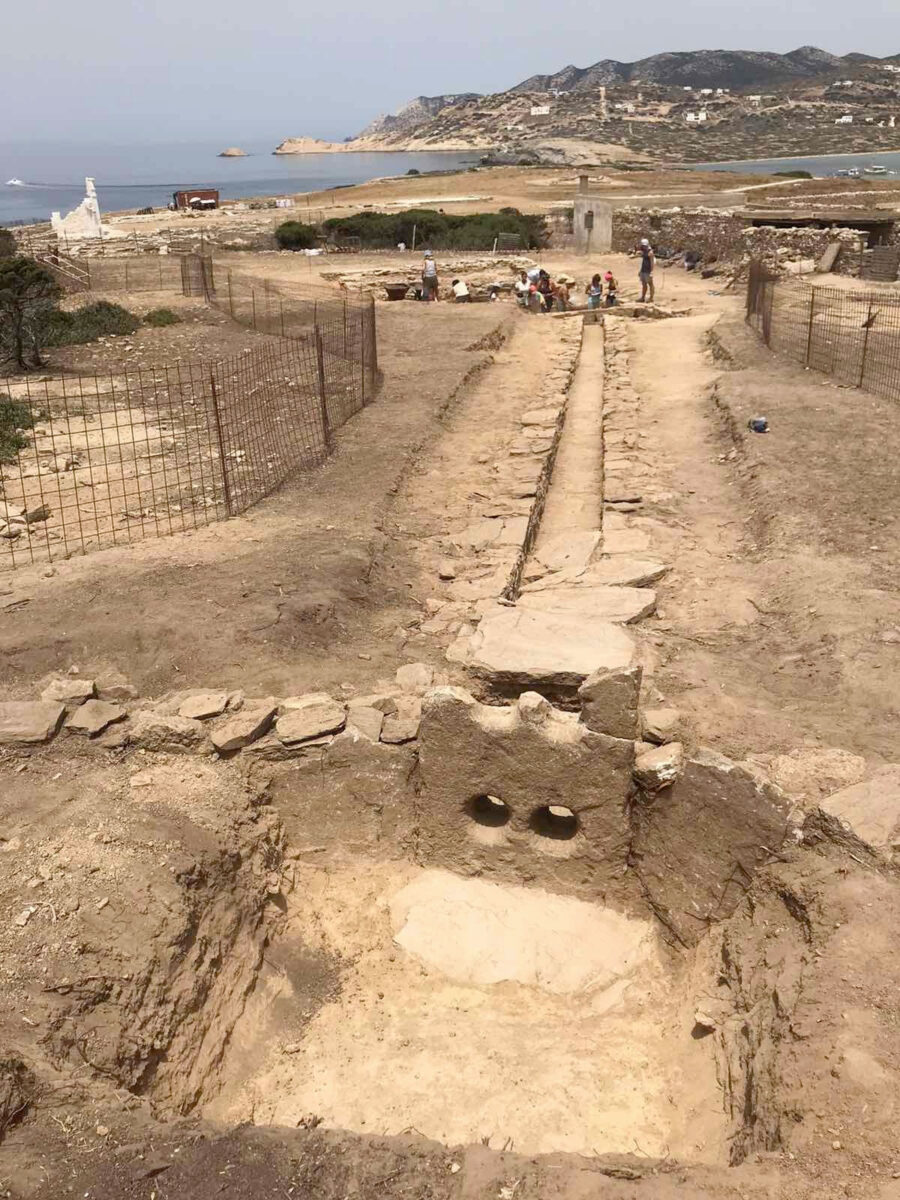 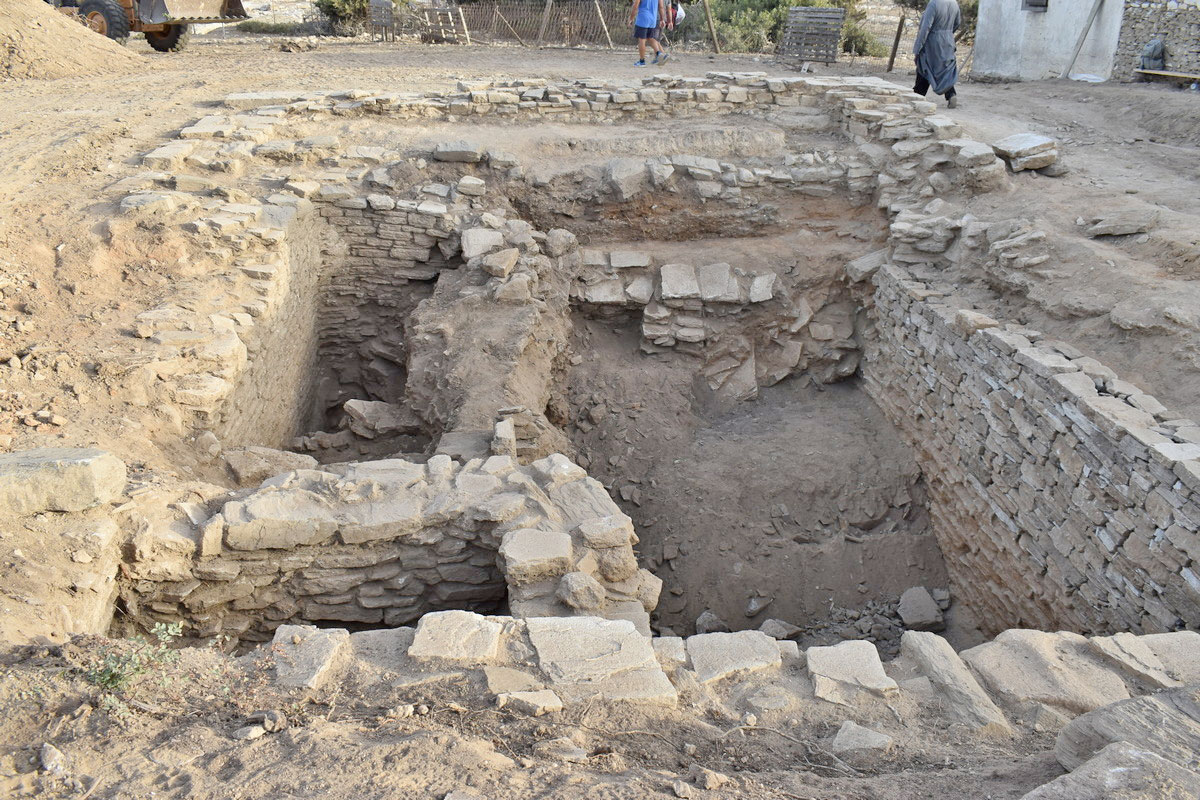 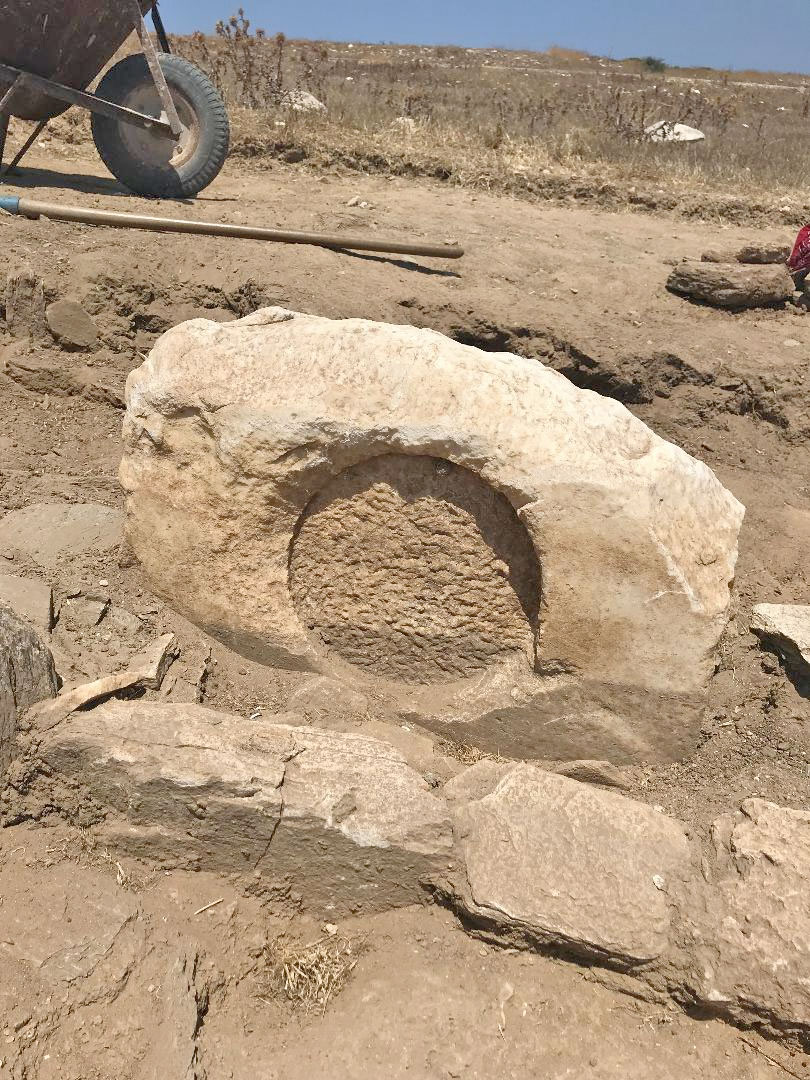 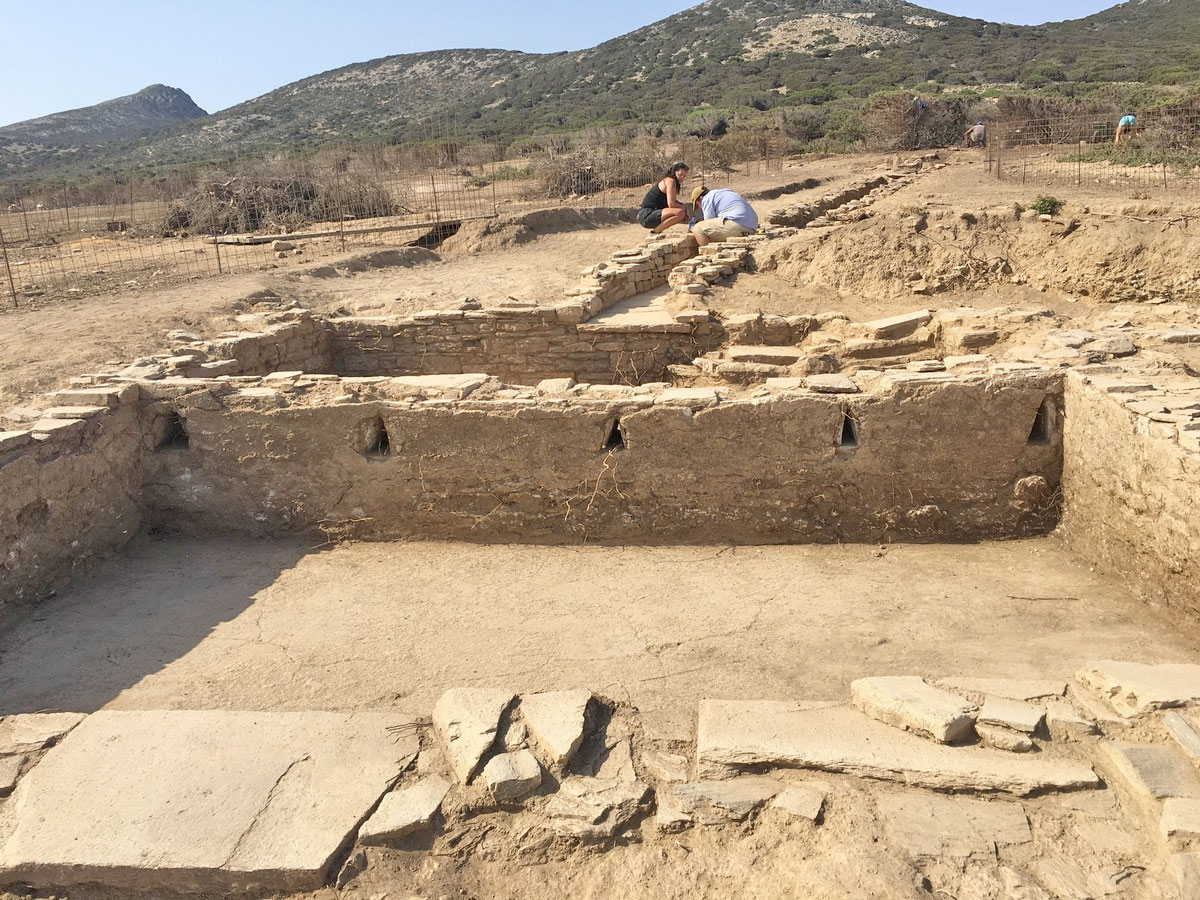 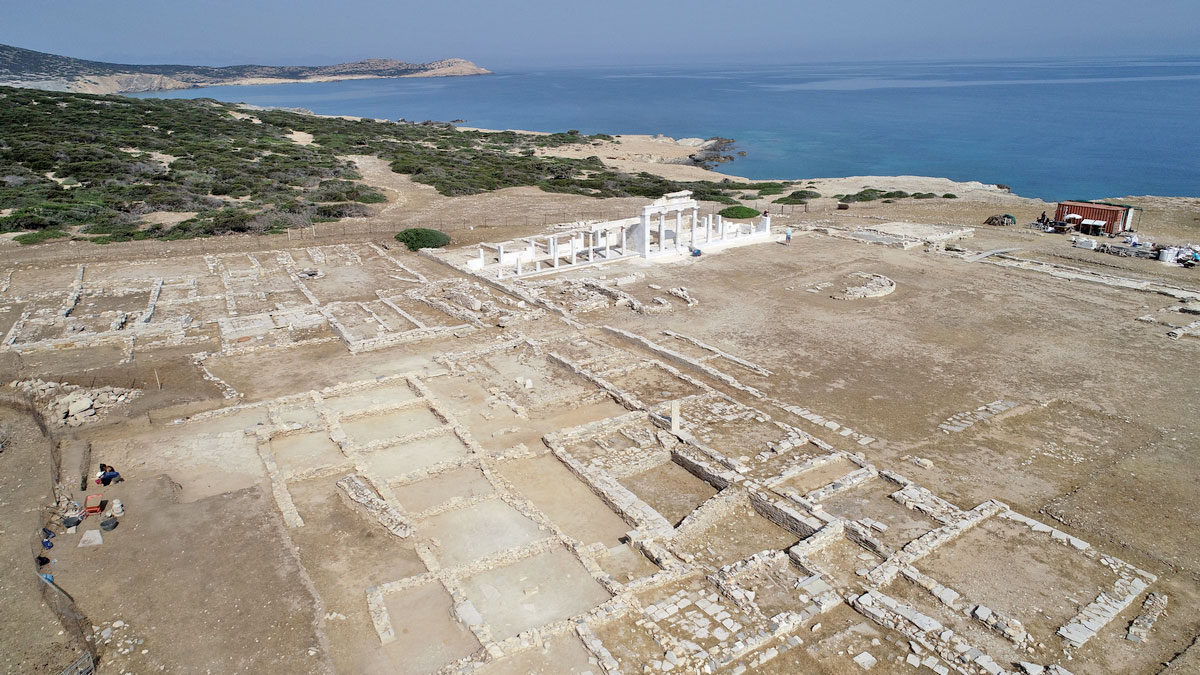 Despotikon 2021: its excavation and restoration works

Investigations were concentrated on the area south of the shrine

Once again this year, excavations and restoration works were conducted on the island of Despotikon, despite the difficult conditions and measures imposed by the pandemic. The Ministry of Culture and Sports announced that regarding the excavation, the investigations concentrated on the area south of the shrine, where in 2020 a rectangular reservoir had been located, a short distance west of a shepherd’s paddock. It was found that this reservoir was part of an organized and extensive system of collecting and treating water.

The central reservoir’s interior measures 7.50 by 5.50m and has a surviving depth of 3.80m. It was mainly used in the Archaic and Classical period. In late antiquity and the Byzantine times, it was modified in various ways and small spaces were added inside it, which survive to this day. Its masonry is carefully constructed and large surfaces survive of coatings of hydraulic mortar. Its floor was also coated with mortar. At approximately one meter south of the large reservoir, another rectangular construction in two parts was uncovered this year measuring 6 by 4m. It is divided into two separate rectangular spaces thought to be small filtration cisterns. The one to the north which is 0.86m deep had a mortar lined floor and there were five triangular openings on its south wall through which the water was channeled from the adjacent more southern small filtration cistern. Inside the latter, several tiles were found, as well as fragments of a clay pipe line.

Terminating in the southern filtration cistern is a 25m long stone pipeline with a N-S direction, which follows the downward slope of the terrain, with an approximately 10-11% gradient. Its floor is paved entirely with large slate slabs. Its walls reach a height of about 0.40m and it is 0.55m wide. At the southern end of the pipeline four of the massive stone covering slabs were found in their original position. The built pipeline starts from another large cistern, almost circular in shape and 11m in diameter. Its walls are preserved at a height of about 1m. An interesting porous stone structure was located in the middle of the cistern, at the junction with the pipeline, which had four holes in it (placed in two horizontal rows), of which two have survived. They were intended to control the flow of water from the reservoir to the pipeline. Diametrically opposite the construction, on the south side of the circular reservoir, a large opening was located with sides made of high, vertical slates, which probably served in channeling water from a spring that would have existed at a higher point in the hills.

All the reservoirs yielded a minimum of findings, mainly shards of unpainted vessels that do not really shed light on the period of their construction and use. Although similar reservoir systems are rare during the Archaic period in Greece, structurally both the large reservoir and the pipeline are very similar to the archaic buildings of the sanctuary. Since the documented topographic evolution of the installations at the site of Mantra as well as the findings place its heyday in the 6th and 5th centuries BC, it is not surprising to encounter such a large scale project in water collection and management during this period; there would have been a high rate of attendance at the sanctuary and a great demand for water (supplying sanctuary visitors, crops and ships).

Apart from the reservoir, work continued in the East Building Complex, with an emphasis on exploring an open space with a paved floor. South of this, a new paved area was discovered that yielded a number of painted pottery, mainly of the 6th c. BC (skyphoi, oil lamps, basins and more). Finally, the research was extended to the site’s most eastern section where part of a strong retaining wall had been uncovered in 2019. Another wall was discovered, almost 14m long, with archaic architectural members having been used for its construction, such as the marble base of a votive column and two sections of the legs of marble kouroi.

Due to the excavation’s short period and the reservoirs’ extensive investigation, no excavations were conducted this season on the islet of Tsimentiri, where last year large building complexes had been located.

Moreover, after several months of painstaking work, restoration on the archaic temple and the dining room of the Sanctuary of Apollo was completed this year. Since October 2020, after the removal of the scaffolding, the third dimension of the monument commanding the area can be clearly understood. The following works were undertaken this year: completing the initial phase of the stylobate in the temple’s portico, adjusting the pilasters of the temple doors, completing the west wall of the temple chambers, and final work on their facades. The works were supervised the architect G. Orestidis and carried out by the marble craftsmen V. Hatzis, L. Ioannou, M. Armaos, G. Kontonikolaou, G. Skari and G. Palamaris.

Now the sanctuary’s cult complex is a highly visible landmark in the island group of Despotikon,Tsimentiri and Antiparos, visible from all directions, proving how harmoniously a restored ancient monument can be assimilated in an archaeological site.

After the necessary approvals by the Central Archaeological Council, works will continue next October with the restoration of worship building D, which was an integral part of the architectural ensemble of the walled worship enclosure. Immediate rescue measures will also be carried out for the conservation and securing of the reservoirs.