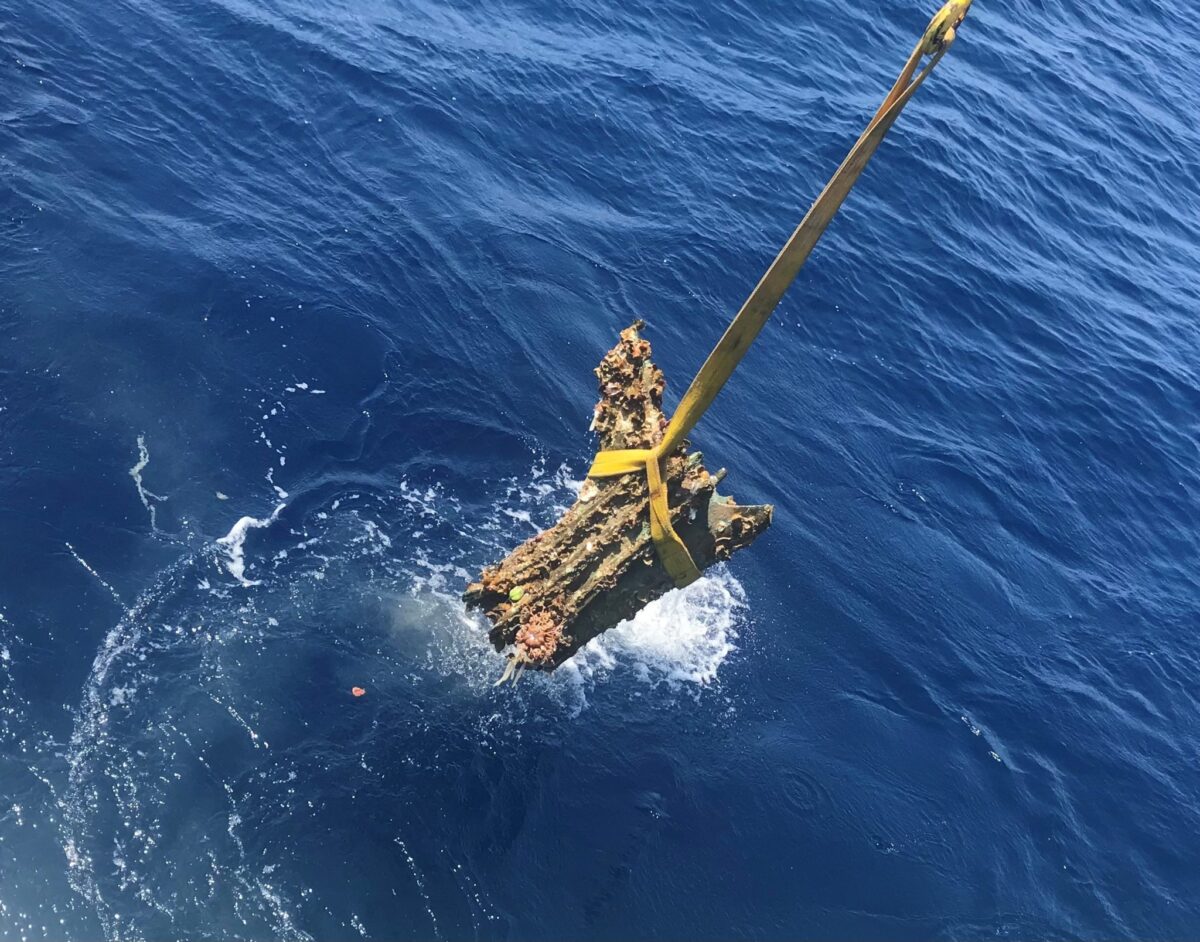 Two bronze warship rams and military equipment were discovered at the site of the Battle of the Egadi Islands (241 BC), the pivotal battle that led to the victory of Rome over Carthage during the First Punic War.

In addition to the new discoveries, four bronze warship rams and dozens of artifacts were raised during this 16th year of the survey. The collaborative archaeological research involves  the Soprintendenza del Mare Regione Siciliana, RPM Nautical Foundation, and the Society for the Documentation of Submerged Sites (SDSS). The August 2021 field season continued survey and excavation of the naval battle site, first identified by Sebastiano Tusa and the collaborative team in 2005.

Located off western Sicily and amid the Egadi Islands of Favignana, Levanzo, and Marettimo, the battle was fought between the Roman and Carthaginian fleets on March 10, 241 BC. The pivotal battle brought an end to protracted First Punic War, which was fought over control of Sicily between ancient Republican Rome and its arch-rival, Carthage. Ancient authors recount the size and scale of the battle, which saw hundreds of ships ramming each other as the Carthaginian forces sought to break through the Roman line in order to reach and resupply the Carthaginian army on mainland Sicily. The Roman victory provided Rome with its first overseas territory (Sicily) and control of the Central Mediterranean, as well as set up two subsequent Punic Wars.

New discoveries during the 2021 season include two bronze warship rams, bringing the total discovered to date to 25. Prior to this project, only two warship rams were known to survive from Antiquity, making these naval weapons among the rarest artifacts to survive from ancient Mediterranean culture. Finds located in this year’s campaign included dozens of lead slinger bullets, used as lethal projectiles in combat, several bronze helmets and cheek-pieces, and Roman and Hellenistic Greek coins. In the same area, the project  also located a an extremely large  merchant shipwreck transporting amphorae produced in Lusitania (modern Portugal) and Baetica (Spain) dating to the first half of the 4th century AD.

Soprintendenza del Mare, the government agency that oversees underwater cultural heritage in Sicily, Valeria Li Vigni said, “Together with the results of previous years, the discoveries made this summer further reveal the picture of this ancient naval battle, which to date is by far the best documented from an archaeological point of view.”

The bronze rams and armour were the peak of technology at the time of their production, providing information about Roman and Carthaginian capacity in the mid-3rd century BC. Maritime archaeologist Dr. Peter Campbell (RPMNF/Cranfield University) stated about the year’s findings, “This season’s discoveries provide a rare glimpse into life and death during the 3rd century BC. The results also speak to the value of collaborative research when working in the challenging environment of great depth and a site of this enormous scale.”

The partners plan to continue the survey in 2022. The Chairman of RPM Nautical Foundation James Goold stated, “After 16 years the site continues to expand, even as we delineate it to the north and south. We can also be sure that significant aspects of the battle will be found revealed in future seasons as the project continues.”

The Battle of the Egadi Islands Project is a collaborative project between the Soprintendenza del Mare (directed by Valeria Li Vigni), RPM Nautical Foundation (directed by James Goold), and SDSS (directed by Mario Arena). AUV operations were provided by Dr. Timmy Gambin and the University of Malta. The lead archaeologists are William Murray, Peter Campbell, and David Ruff from RPM Nautical Foundation and Ferdinando Maurici and Francesca Oliveri from the Soprintendenza del Mare. The research was initiated by the former Superintendent of the Sea Sebastiano Tusa in 2005.