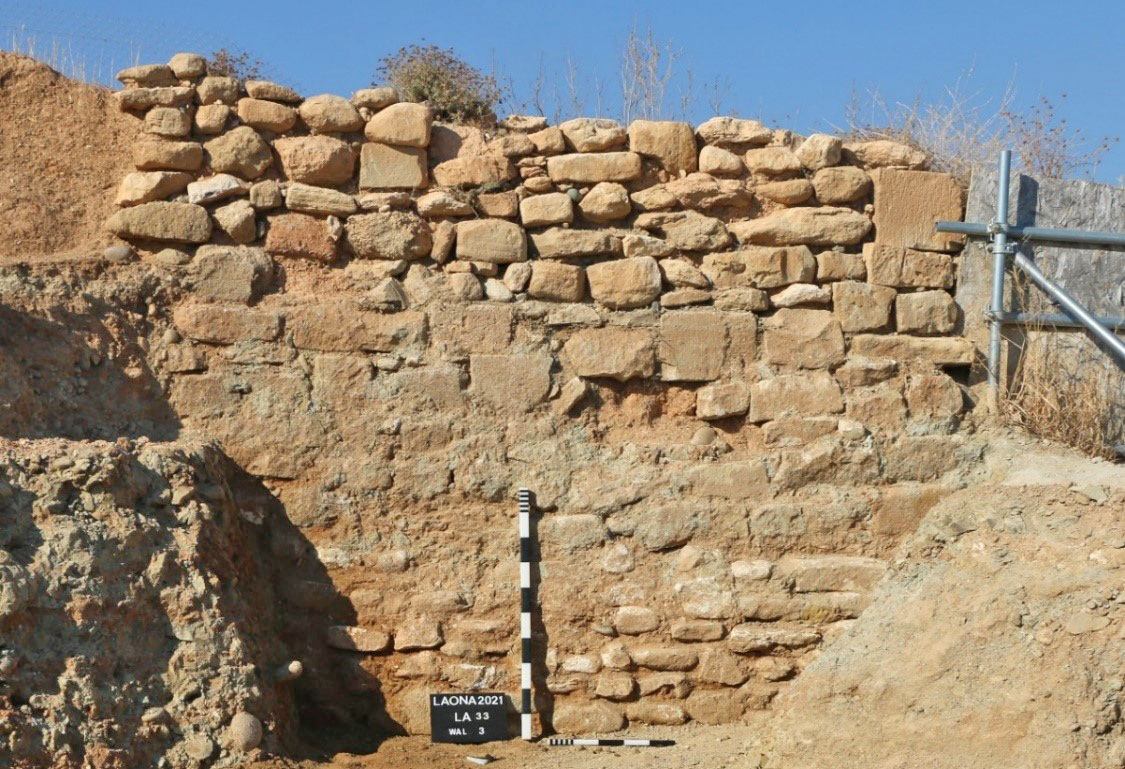 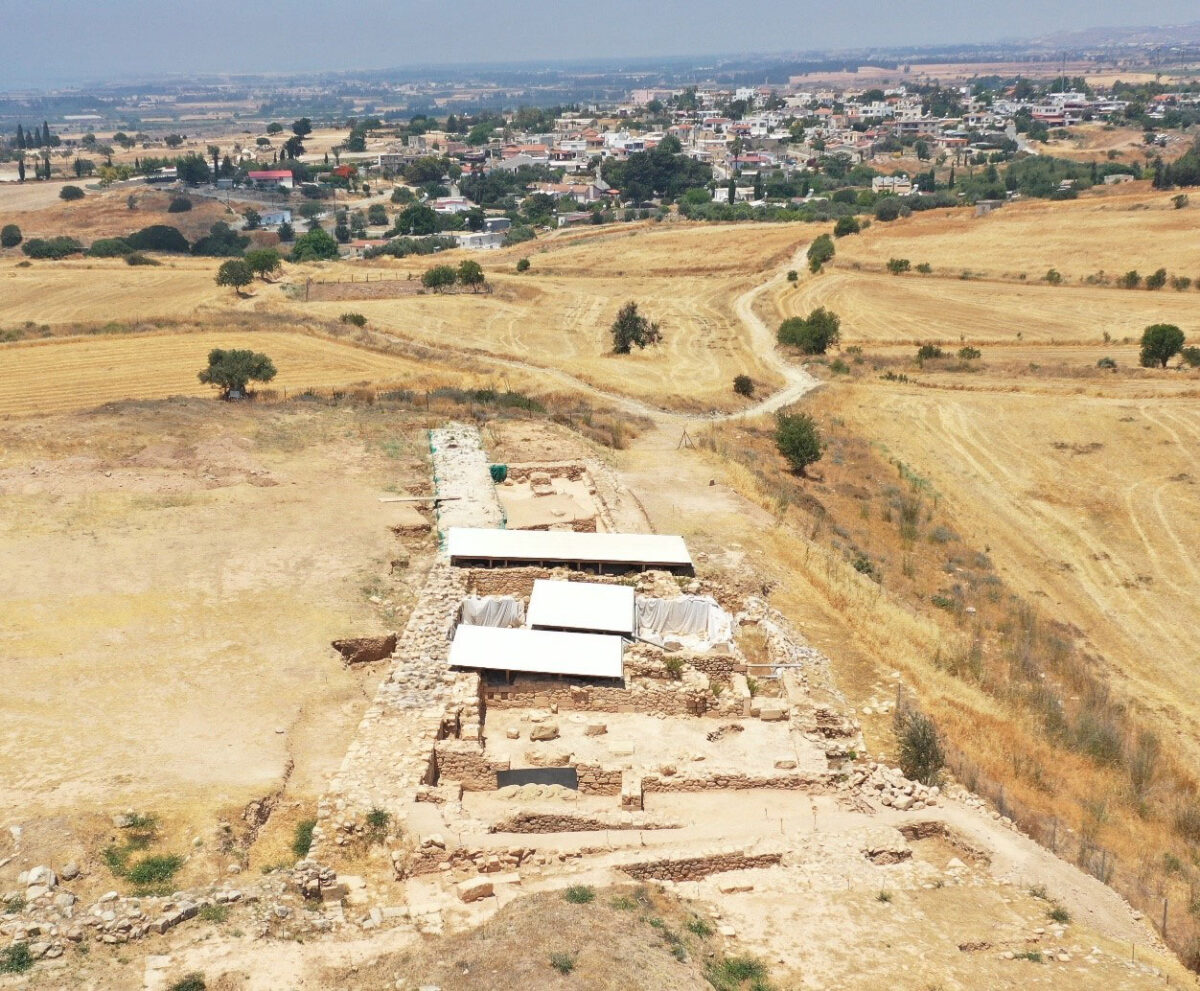 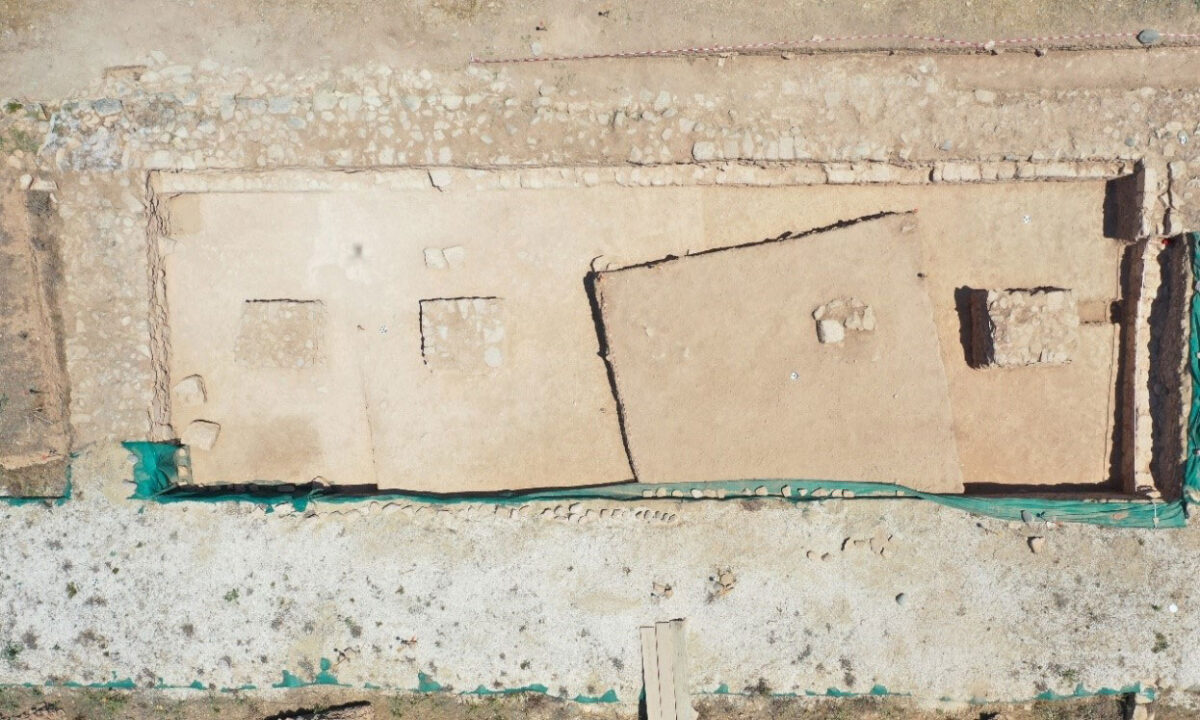 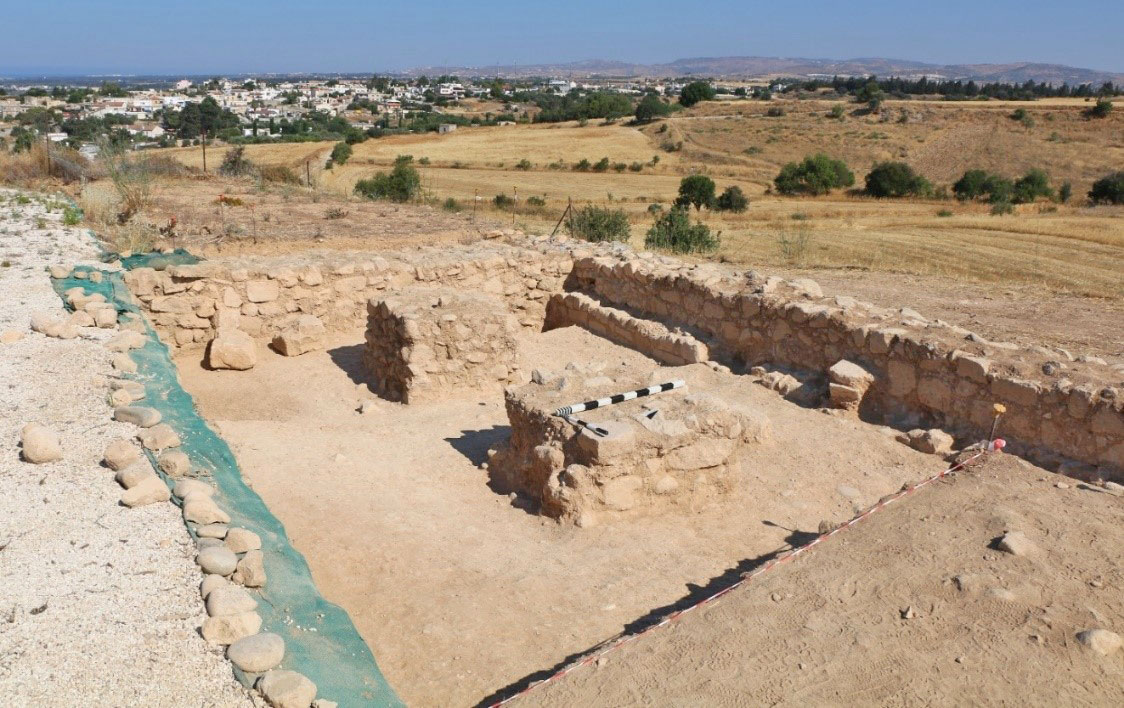 The Department of Antiquities, Cyprus (Ministry of Transport, Communications and Works) announces that between the 17th May and the 30th June 2021 the Archaeological Research Unit of the University of Cyprus conducted its 16th mission, within the framework of the Palaepaphos Urban Landscape Project, which has been running since 2006 under the direction of Professor Maria Iakovou.

The 2021 excavations focused on the monumental workshop complex that was identified running along the north side of the plateau of Hadjiabdoulla, to the east of the temple of Aphrodite and modern-day Kouklia village. In total, 10 units have been revealed, covering an area of 1250 sq.m. All units are situated on the external side of the enclosure wall running down the north slope.

The main objective of the 2021 works was to investigate the relationship between the workshops and the palatial complex, situated to the east. Although this complex was identified by a British Mission in the 1950’s, its excavation and study have not yet been completed. However, the two impressive public monuments, in combination with the epigraphic evidence that have recently been unearthed in the workshops, allow us to identify the plateau as the acropolis of the ancient city of Pafos in the 5th and 4th c. BC.

The excavation of the easternmost workshop unit (Unit 9) and the cleaning of the palace’s west enclosure wall, situated at a 1-3 m. distance, revoked the hypothesis that of access and direct contact between the two complexes. Although based on the pottery analysis, both monuments seem to belong to the Cypro-Classical period, it is beginning to become clear that the construction of the palace predates that of the workshops.

At the same time, Unit 10 was revealed, in the west part of the workshops. This unit is of a completely different architectural design: it is a very large, undivided hall (16.20 m. length and 5.30 m. width) covering a total space of 85.8 m². This large impressive space is filled with large pillars (around 1X1 m.) that are placed near the east and west buttress and other have been found in the space between. It is obvious that the pillars were meant to support a second floor. However, the material recovered from Unit 10 leaves no doubt that this building project was never completed. Although Unit 10 covers an extensive area, very few stones and mudbricks were found, which does not substantiate the existence of a collapsed second floor. Also, the floors of Unit 10 do not seem to show any evidence of use and they were not found covered by building material (stones, mudbrick), as was the case in other excavated units.

The investigations led by the University of Cyprus at the Laona tumulus focused on revealing the internal northeastern corner of the fortress’ wall. Between the north and the monumental eastern face of the wall – which has been temporarily covered by the Department of Antiquities for protection – a 3 metre section was excavated, with unworked stones instead of mudbrick as the building material of its surface. A total of 16 rows of stones were excavated starting from an altitude of 113.129 m. until 109.889 m. It is expected that two more metres of the wall’s stone façade will be found at a lower level, since the fortresses floor is located at 108 m. Excavations are conducted very slowly and carefully in order to ensure the monuments’ protection.