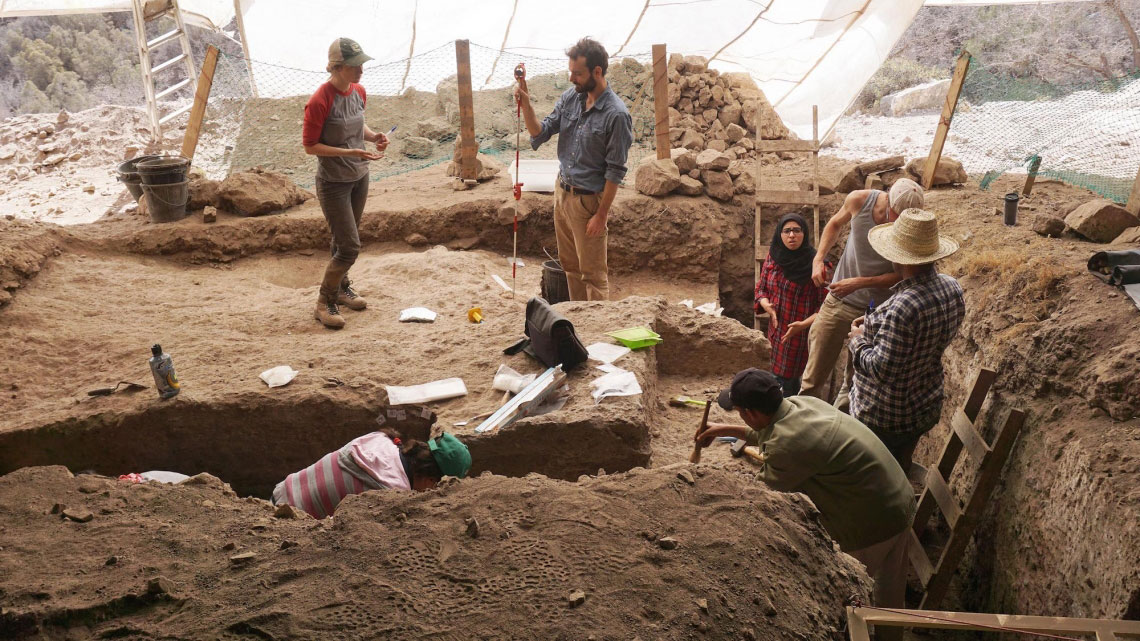 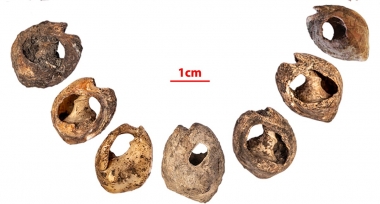 Those Earrings Are So Last Year…

But the Reason You're Wearing Them is Ancient

Shell beads found in a cave in Morocco are at least 142,000 years old. The archaeologists who found them say they’re the earliest known evidence of a widespread form of human communication.

The necklace, nametag, earrings or uniform you chose to put on this morning might say more than you realize about your social status, job or some other aspect of your identity.

Anthropologists say humans have been doing this – finding ways to communicate about themselves without the fuss of conversation – for millennia.

But shell beads recovered from a cave in western Morocco, determined to be between 142,000 and 150,000 years old, suggest that this behavior may go back much farther than previously thought. The finding, detailed Wednesday in the journal Science Advances, was made by a team of archaeologists that includes Steven L. Kuhn, a professor of anthropology in the University of Arizona College of Social and Behavioral Sciences.

The beads, Kuhn and his colleagues say, are the earliest known evidence of a widespread form of nonverbal human communication, and they shed new light on how humans’ cognitive abilities and social interactions evolved.

“They were probably part of the way people expressed their identity with their clothing,” Kuhn said. “They’re the tip of the iceberg for that kind of human trait. They show that it was present even hundreds of thousands of years ago, and that humans were interested in communicating to bigger groups of people than their immediate friends and family.”

How does this ancient form of communication show up today? It happens often, Kuhn said.

“You think about how society works – somebody’s tailgating you in traffic, honking their horn and flashing their lights, and you think, ‘What’s your problem?'” Kuhn said. “But if you see they’re wearing a blue uniform and a peaked cap, you realize it’s a police officer pulling you over.”

Kuhn and an international team of archaeologists recovered the 33 beads between 2014 and 2018 near the mouth of Bizmoune Cave, about 10 miles inland from Essaouira, a city on Morocco’s Atlantic coast.

The beads uncovered by Kuhn and his collaborators were made from sea snail shells, and each measures roughly half an inch long. Holes in the center of the beads, as well as other markings from wear and tear, indicate that they were hung on strings or from clothing, Kuhn said.

The beads are like many others found at sites throughout northern and southern Africa, but previous examples date back to no older than 130,000 years. Ancient beads from North Africa are associated with the Aterian, a Middle Stone Age culture known for its distinctive stemmed spear points, whose people hunted gazelles, wildebeest, warthogs and rhinoceros, among other animals.

The beads serve as potential clues for anthropologists studying the evolution of human cognition and communication. Researchers have long been interested in when language appeared. But there was no material record of language until just a few thousand years ago, when humans began writing things down.

The beads, Kuhn said, are essentially a fossilized form of basic communication.

“We don’t know what they meant, but they’re clearly symbolic objects that were deployed in a way that other people could see them,” he said.

The beads are also notable for their lasting form. Rather than painting their bodies or faces with ochre or charcoal, as many people did, the beads’ makers made something more permanent, Kuhn said, suggesting the message they intended to convey was a lasting and important one.

In many ways, the beads raise more questions than they answer. Kuhn said he and his colleagues are now interested in learning why the Aterian people felt the need to make the beads when they did. They’re exploring several possible explanations. One, Kuhn said, involves a growing population; as more people began occupying North Africa, they may have needed ways to identify themselves.

It is also possible that people in North Africa started using the method of communication at a time when the climate was cold and dry. They may have developed clans or other allegiances to protect limited resources, then perhaps used the beads to express their ethnicity or other identity to show they belonged in a certain area, Kuhn said.

“It’s one thing to know that people were capable of making them,” Kuhn said, “but then the question becomes, ‘OK, what stimulated them to do it?'”

Other UArizona researchers involved with the study were Mary Stiner, a Regents Professor of Anthropology; Francois Lanoe, a research scientist in the Bureau of Applied Research in Anthropology; and anthropology doctoral candidates Kayla Worthey and Ismael Sanchez-Morales.