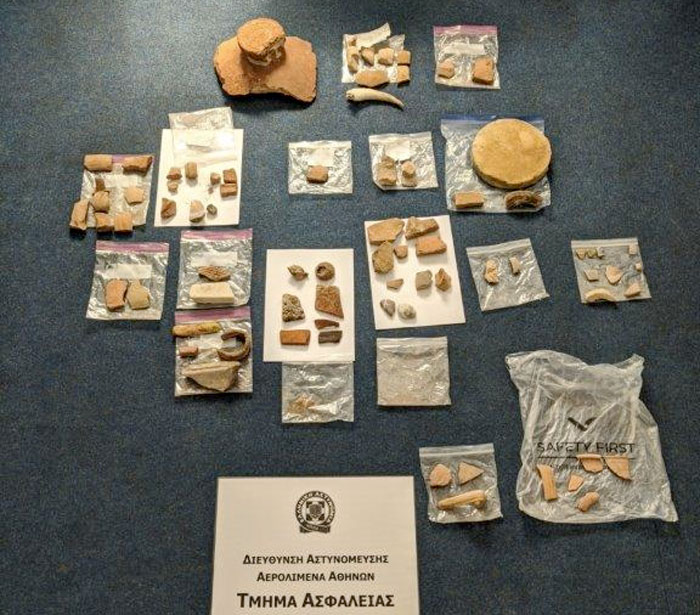 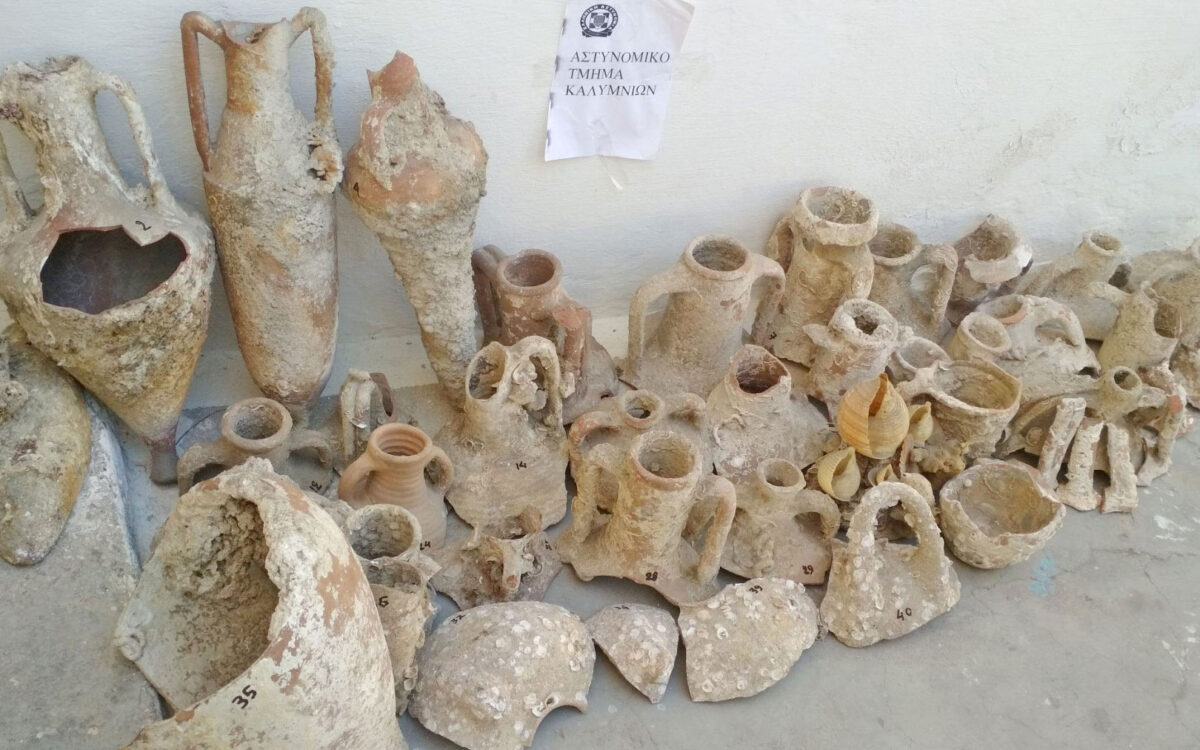 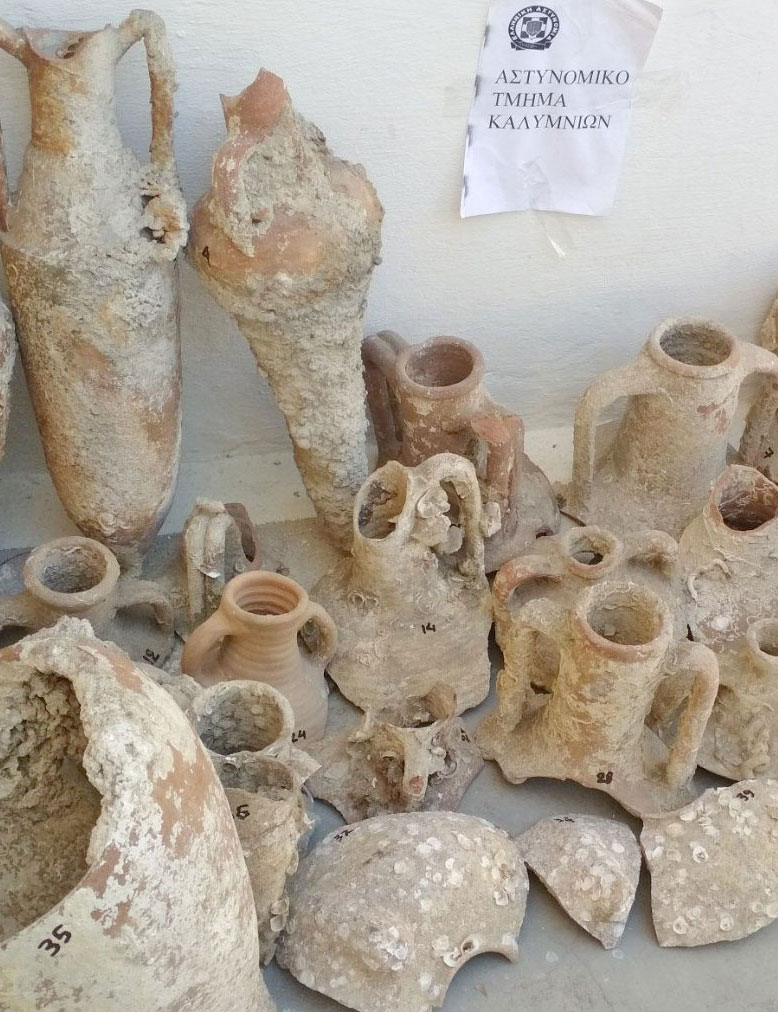 For violating the law on Protection of Antiquities

A man and woman were arrested at noon on Monday, September 20, 2021 at Athens International Airport, by police officers of the Security Department of the Athens Airport Police Directorate. The former were accused of violating the Law on the Protection of Antiquities and Cultural Heritage in general.

The two individuals were travelling abroad and when they went through control, the antique items were discovered in their luggage. The man’s backpack contained 14 clear plastic bags and one paper bag with a total of 65 assorted fragments of ancient vases and of artefacts, while the woman’s luggage contained 2 clear bags with 8 fragments of corresponding items.

The ancient artefacts were shown to an archaeologist of the Antiquities Ephorate of Eastern Attica, who maintained that they fall under the provisions of the Law on the Protection of Antiquities and that most of them date back to Roman and Byzantine times.

The two detained individuals were taken to the Athens Public Prosecutor.