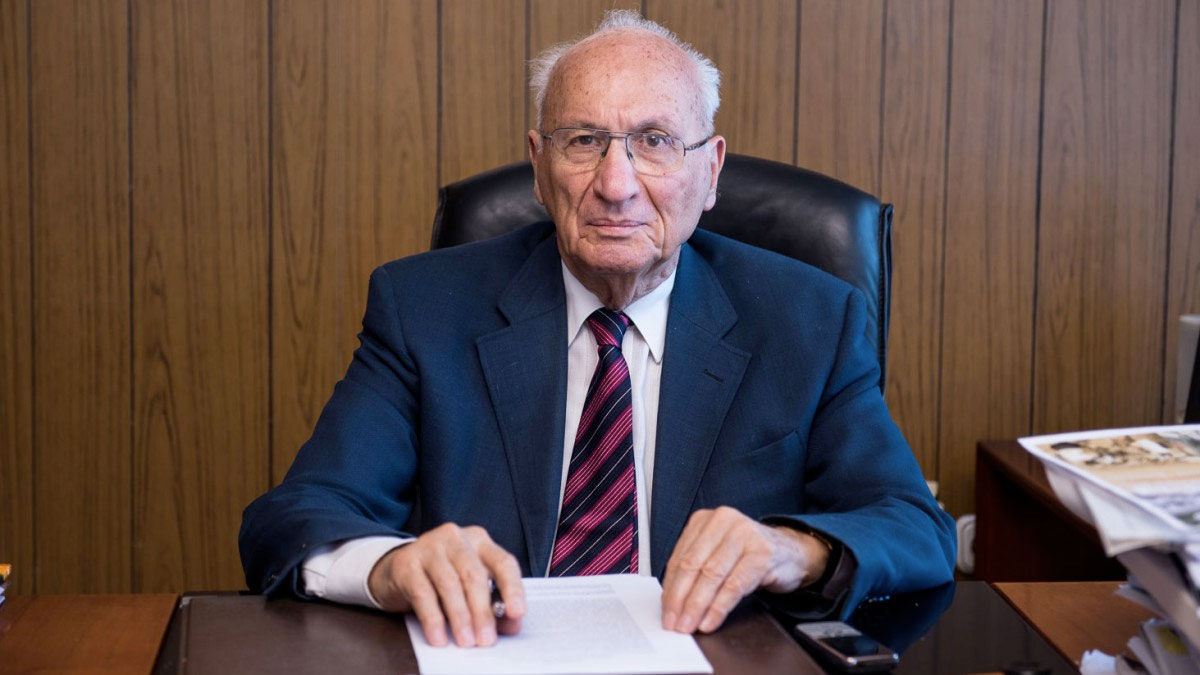 George Varoufakis has passed away

George Varoufakis passed away shortly after midnight on September 28.  Since 1959 he had been dealing with ancient technology and particularly with metals and the role they had played in our culture’s rate of development.

George Varoufakis was born in Cairo, Egypt in 1925. He studied chemistry at the Faculty of Physics and Mathematics of the University of Athens. In 1965 he completed his doctoral dissertation on the study of the erosion of the bronze statues of Kouros and Artemis on display at the Archaeological Museum of Piraeus. In 1979 he submitted his habilitation thesis entitled “Chemical and metallurgical research on 19 iron tripods of the geometric era”, which led him to obtain the title of pro bono Assistant Professor at the University of Athens. He was President of the Hellenic Steelworks and Honorary President of the Hellenic Organization for Standardization (ELOT).

In 1996 he published the book Ancient Greek Standards, translated into English in 1999. In 2005 he published for the general public The History of iron from Homer to Xenophon – Iron findings and ancient Greek letters through the eyes of a metal worker.

Many of his papers have been published in magazines and books in Greece and abroad. Invited to scientific companies around the world, he presented his research work in museums in Prague, Zurich, USA, Cyprus, etc. He conducted a particularly interesting study of the krater vase and the other outstanding bronze vessels of Derveni, now on display at the Archaeological Museum of Thessaloniki.

The Archaeology and Arts magazine in its printed form had the pleasure of including various articles of his : “Historical technology” (issue 28 / Sept. 1988), “How the iron links and pegs of the Acropolis temples withstood the erosion of so many centuries” (issue 45 / Dec. 1992), “Product quality control and consumer protection in antiquity” (issue 95 / June 2005), “Three pistons of warships of the Classical, Hellenistic and Roman eras” (issue 98 / March 2006), “Pasteurization in antiquity: In the words of Herodotus, a sensitive ecologist of the 5th century BC” (issue 105 / Dec. 2007), “Metallurgical study of iron joints of the post archaic church of Trapeza” (issue 114 / March 2010), “The Piraeus statues: A New metallurgical study 50 years later” (issue 117 / Dec. 2010).

In 2014, George Varoufakis gave us an interview  that was posted on the website of the Archaeology and Arts magazine