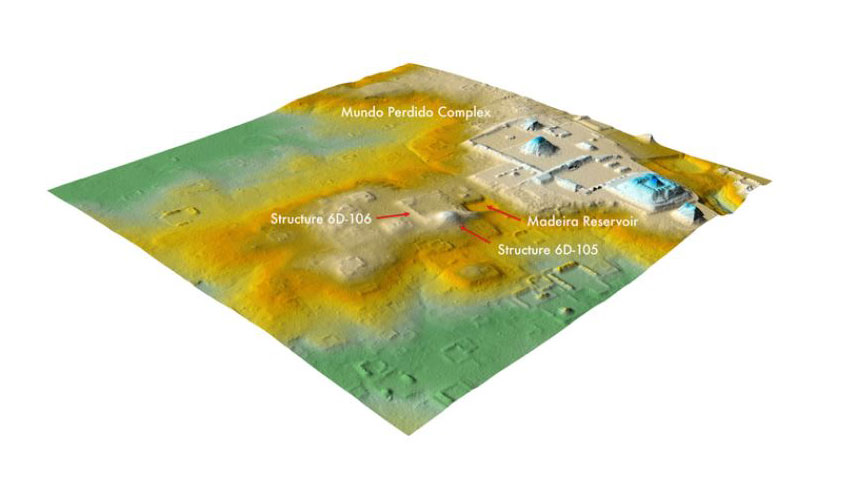 In Guatemala, by archaeologist from Brown University

The newly discovered structures provide game-changing evidence that the imperial power of Teotihuacan exerted considerable influence on Tikal, an ancient Maya capital, as part of a campaign of conquest.

Scientists have been excavating the ruins of Tikal, an ancient Maya city in modern-day Guatemala, since the 1950s — and thanks to those many decades spent documenting details of every structure and cataloguing each excavated item, Tikal has become one of the best understood and most thoroughly studied archaeological sites in the world.

But a startling recent discovery by the Pacunam Lidar Initiative, a research consortium involving a Brown University anthropologist, has ancient Mesoamerican scholars across the globe wondering whether they know Tikal as well as they think.

Using light detection and ranging software, or lidar, Stephen Houston, a professor of anthropology at Brown University, and Thomas Garrison, an assistant professor of geography at the University of Texas at Austin, discovered that what was long assumed to be an area of natural hills a short walk away from Tikal’s center was actually a neighborhood of ruined buildings that had been designed to look like those in Teotihuacan, the largest and most powerful city in the ancient Americas.

Houston said their lidar analysis, coupled with a subsequent excavation by a team of Guatemalan archaeologists led by Edwin Román Ramírez, has prompted new insights on, and big questions about, Teotihuacan’s influence on the Maya civilization.

“What we had taken to be natural hills actually were shown to be modified and conformed to the shape of the citadel — the area that was possibly the imperial palace — at Teotihuacan,” Houston said. “Regardless of who built this smaller-scale replica and why, it shows without a doubt that there was a different level of interaction between Tikal and Teotihuacan than previously believed.”

The results, including lidar images and a summary of excavation findings, were published on Tuesday, Sept. 28 in Antiquity.

Tikal and Teotihuacan were radically different cities, Houston said. Tikal, a Maya city, was fairly populous but relatively small in scale — “you could have walked from one end of the kingdom to the other in a day, maybe two” — while Teotihuacan had all the marks of an empire. Though little is known about the people who founded and governed Teotihuacan, it’s clear that, like the Romans, their influence extended far beyond their metropolitan center: Evidence shows they shaped and colonized countless communities hundreds of miles away.

Houston said anthropologists have known for decades that inhabitants of the two cities were in contact and often traded with one another for centuries before Teotihuacan conquered Tikal around the year 378 A.D. There’s also ample evidence suggesting that between the second and sixth centuries A.D., Maya elites and scribes lived in Teotihuacan, some bringing elements of the empire’s culture and materials — including its unique funerary rituals, slope-and-panel architectural style and green obsidian — back home to Tikal. Another Maya expert, David Stuart of U.T. Austin, has translated inscriptions that described the era when Teotihuacan generals, including one named Born from Fire, traveled to Tikal and unseated the local Maya king.

But the research consortium’s latest lidar findings and excavations prove that the imperial power in modern-day Mexico did more than just trade with and culturally influence the smaller city of Tikal before conquering it.

“The architectural complex we found very much appears to have been built for people from Teotihuacan or those under their control,” Houston said. “Perhaps it was something like an embassy complex, but when we combine previous research with our latest findings, it suggests something more heavy-handed, like occupation or surveillance. At the very least, it shows an attempt to implant part of a foreign city plan on Tikal.”

Houston said that excavations following the lidar work, led by Román Ramírez, confirmed that some buildings were constructed with mud plaster rather than the traditional Maya limestone. The structures were designed to be smaller replicas of the buildings that make up Teotihuacan’s citadel, down to the intricate cornices and terraces and the specific 15.5-degree east-of-north orientation of the complex’s platforms.

“It almost suggests that local builders were told to use an entirely non-local building technology while constructing this sprawling new building complex,” Houston said. “We’ve rarely seen evidence of anything but two-way interaction between the two civilizations, but here, we seem to be looking at foreigners who are moving aggressively into the area.”

At an adjacent, newly uncovered complex of residential buildings, archaeologists found projectile points crafted with flint, a material commonly used by the Maya, and green obsidian, a material used by residents of Teotihuacan — providing seeming evidence of conflict.

And near the replica citadel, archaeologists also recovered the remains of a body surrounded by carefully placed vessels, ceramic fragments, animal bones and projectile points. The site was dotted with charcoal, suggesting it had been set ablaze. Houston said the scene bears little resemblance to other burials or sacrifices at Tikal but is strikingly similar to the remains of warriors found years ago in Teotihuacan’s center.

“Excavations in the middle of the citadel at Teotihuacan have found the burials of many individuals dressed as warriors, and they appear to have been sacrificed and placed in mass graves,” Houston said. “We have possibly found a vestige of one of those burials at Tikal itself.”

Houston and his international colleagues still have much more to uncover and analyze. Andrew Scherer, an associate professor of anthropology at Brown and a bone specialist, will study the human remains to determine their origins, potentially revealing more about Teotihuacan’s relationship with Tikal. This summer, as COVID-19-related travel restrictions began to ease, Houston joined Garrison, Román Ramírez and Morgan Clark, a Brown graduate student in anthropology, in Guatemala to uncover buildings, fortifications and storage tanks in related fortresses nearby. Excavations will resume this fall at Tikal, under the leadership of Román Ramírez.

The more they find out, Houston said, the more he hopes they understand about Teotihuacan’s presence in Tikal — and, more broadly, how its imperial power changed the diverse cultural and political landscape in Mesoamerica.

“At this time, people are quite interested in the process of colonization and its aftermath, and in how our views of the world are informed or distorted by the expansion of economic and political systems around the globe,” Houston said. “Before European colonization of the Americas, there were empires and kingdoms of disproportionate influence and strength interacting with smaller civilizations in a way that left a large impact. Exploring Teotihuacan’s influence on Mesoamerica could be a way to explore the beginnings of colonialism and its oppressions and local collusions.”

The consortium’s ongoing research is authorized by the Ministry of Culture and Sports of Guatemala and funded by Guatemala’s PACUNAM Foundation, in partnership with the United States-based Hitz Foundation.