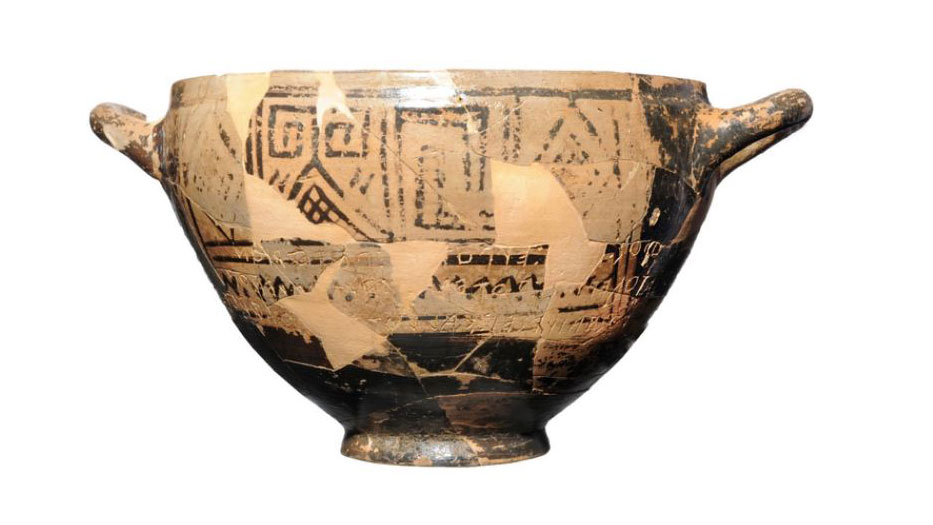 Multiple individuals are buried in the Tomb of Nestor’s Cup

According to a study published in PLOS One

The Tomb of Nestor’s Cup, a famous burial in Italy, contains not one deceased individual, but several, according to a study published October 6, 2021 in the open-access journal PLOS ONE by Melania Gigante of the University of Padua, Italy and colleagues.

The Tomb of Nestor’s Cup is considered one of the most intriguing discoveries in Mediterranean pre-classic archaeology. Formally designated Cremation 168 and dating to the 8th century BCE, this tomb is one of hundreds uncovered in the Italian site of Pithekoussai. The tomb contains cremated bones, a rich set of grave goods, and the exceptional eponymous cup featuring one of the earliest known Greek inscriptions. Previous research suggested that the tomb’s remains belong to a single young human, but the question of “Who’s buried with Nestor’s Cup?” remains a puzzle.

In this study, Gigante and colleagues performed detailed analyses on the shape (morphology) and tissues (histology and histomorphometry) of the 195 burnt bone fragments in the tomb. They determined that only about 130 of these fragments are human, while at least 45 belong to animals, including goats and possibly dogs. Among the human remains, the researchers identified bone tissue characteristic of varying life stages, indicating at least three individuals of different ages. This is the first evidence of multiple individuals (and non-humans) among the remains in the Tomb of Nestor’s Cup.

These results raise even more questions about the mysterious tomb. This study was unable to determine details about the humans among the remains, including their age at death or why they were buried with the cup. As for the animal remains, the researchers suspect these might have been included as food or companions for the deceased. This study represents the usefulness of histological data for examining burial sites. Further such study might unravel the puzzles surrounding the formation of this tomb and its famous cup.

The authors add: “More than fifty years after its discovery, the Tomb of Nestor’s Cup (Ischia Island, in the Gulf of Naples, Italy), widely considered one of the most important archaeological findings of Pre-Classical Mediterranean Archeology, is back in the news. Our research rewrites the history and the previous archaeological interpretation of the Tomb, throwing new light on funeral practices, culture and society of the Greek immigrants in the ancient West Mediterranean. Our research, which combines the great work of archaeological interpretation to specific know-how in histology and advanced analysis on cremated remains, marked a double goal: firstly, we were able to reconstruct the osteobiography of the individuals from Tomb 168 at Pithekoussai (the first settlement of Greek colonist at the dawn of Magna Graecia in Italy), answering the thorny question: who/what was buried with Nestor’s Cup? Secondly, we are sure that our study can be a new methodological step toward the reconstruction of the life-history of people in ancient times, even in case of poor preservation and/or complexity of the skeletal assemblage.”