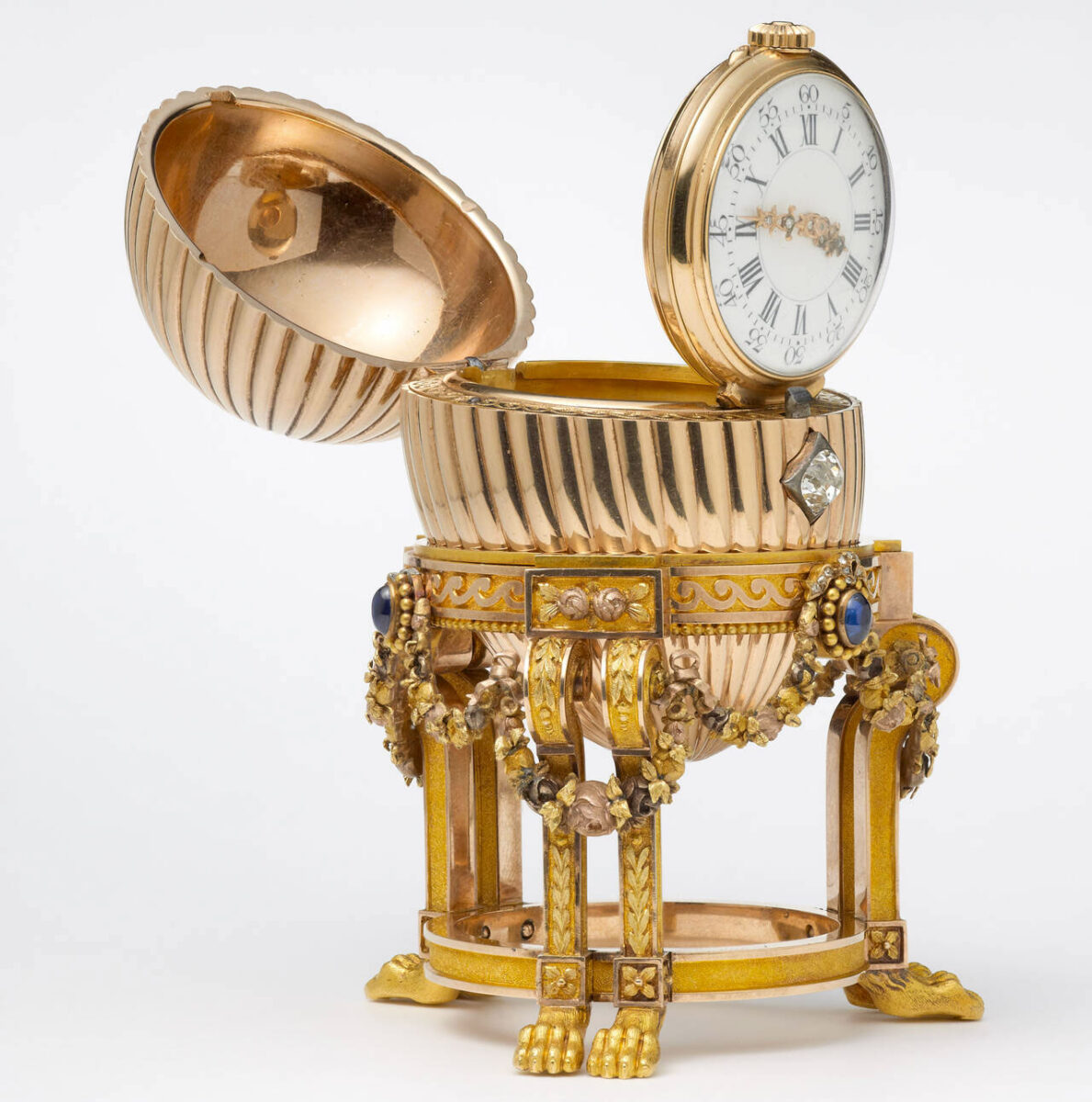 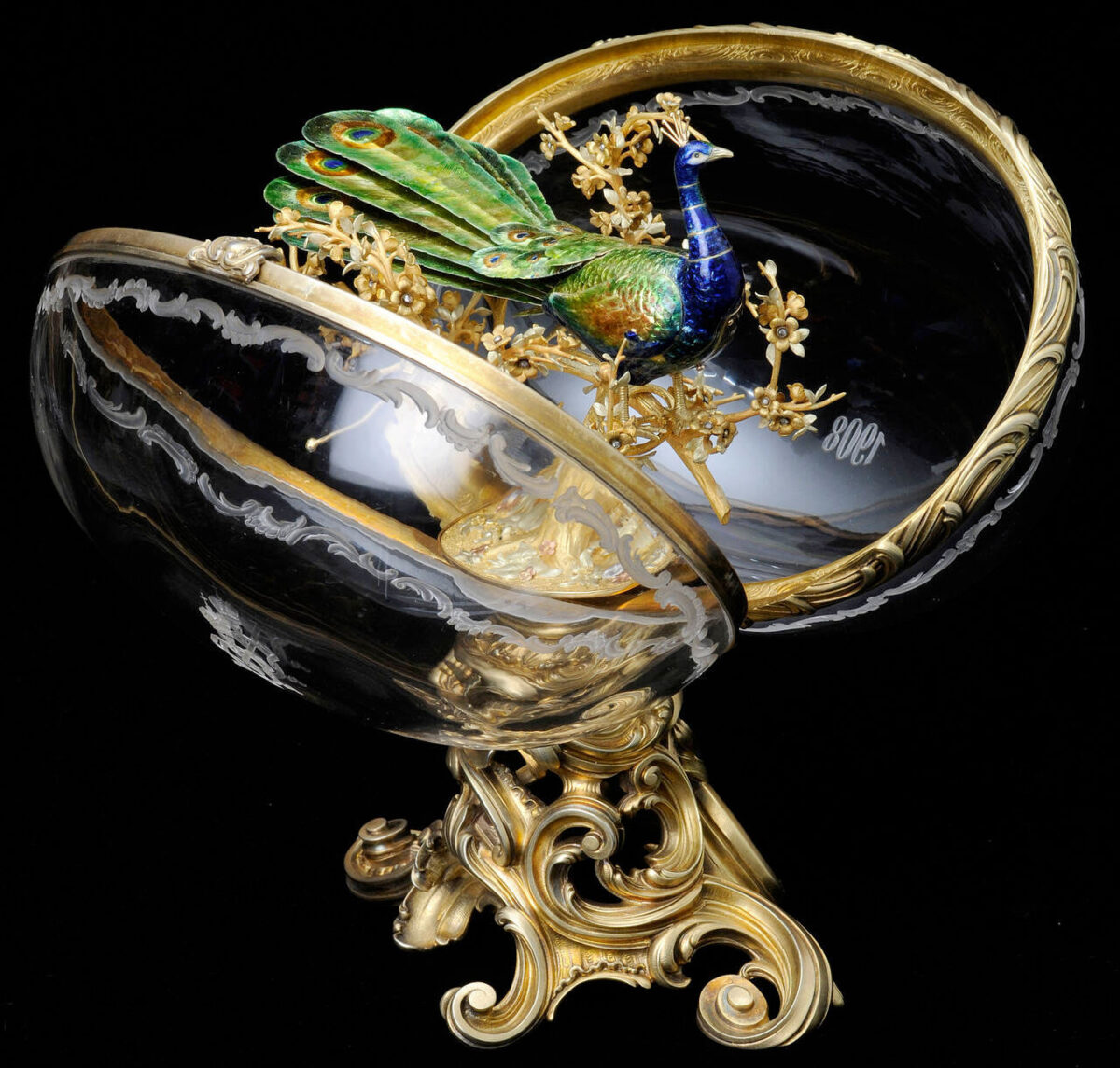 A Fabergé egg, lost for decades, to be exhibited

At the V&A Museum

In view of the V&A’s opening of the next big exhibition of “Fabergé in London: Romance to Revolution”, the Museum announced that it has acquired the long-lost Third Imperial Egg.

The egg, found in 2011 by a businessman, had been sold at auction in New York in 1964. It later turned up in a street market in the USA when a metal merchant bought it because of its weight in gold and contacted Wartski, an antiques firm specializing in Russian art, who confirmed it was the mysteriously lost egg.

Now, the valuable acquisition is exhibited with other Fabergé eggs that once belonged to the Romanovs in a display case along with the Peacock Egg, which appears for the first time in a decade. The crystal egg is engraved with rococo designs and concealed inside it is a mechanical enameled gold peacock.

Also, for the first time, two human sculptures will be exhibited, something rare for Fabergé who is believed to have created less than 50 in his lifetime. These are the figures of the private bodyguards of Empress Alexandra Feodorovna and Tsarina Maria Feodorovna. The two sculptures have been reunited for the first time in a century after being confiscated and separated following the Russian Revolution of 1917. One remained in the Pavlovsk Palace and the other was bought by a collector in New York and sold at auction in 2013.

Fabergé Eggs are a famous collection of 50 Imperial Easter Eggs. They were created for the Russian Imperial Family from 1885 to 1916, when the company was run by Russian goldsmith and jeweler Peter Carl Fabergé.