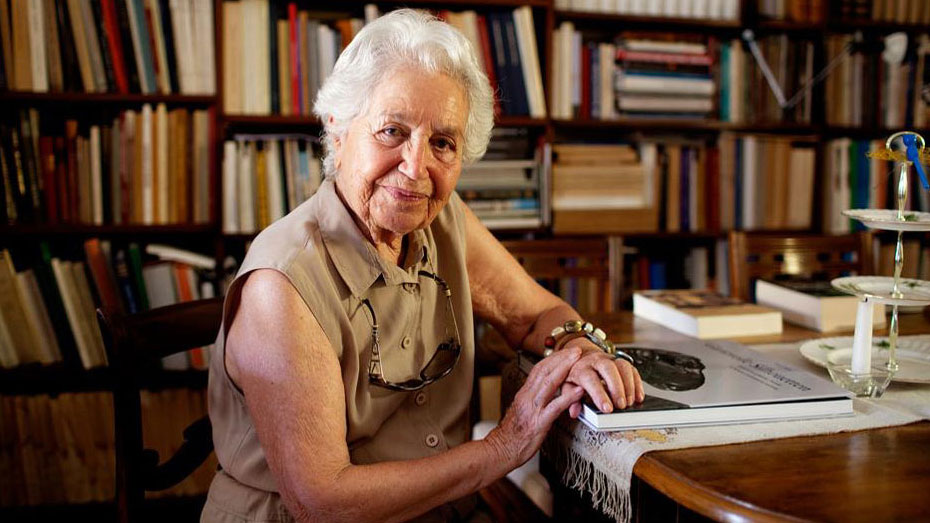 Evi Touloupa has passed away

“Evi Touloupa’s name is linked with the history of Greek archaeology in the last decades of the 20th century,” said Minister of Culture and Sports Lina Mendoni in her condolence message. “A person of deep conviction in the cultural stock of the past being a living part of our present, she was uninterruptedly at the service of Archaeology and archaeological research since 1955. As Head of the Ephorates of Antiquities in the Ionian Islands, Epirus and Euboea, but mainly as Curator of Antiquities of the Acropolis, she identified her career and creative work not only with the protection and promotion of our cultural heritage, but by supporting new ideas, activities and projects that were ahead of her time. And above all with her support and encouragement of young people. I had the pleasure and privilege to work with her in the archaeological excavations on Kea, and especially in Karthea. Evi Touloupa was a special person; truly progressive, deeply courteous, with special sense of humour and great elegance. Tireless, consistent and devoted, she was always present for both her science and her friends. She will be forever in our memory; full of life, youthful, courteous and active “concludes L. Mendoni.

We are including a biographical note on Evi Touloupa written by Angeliki Rovatsou, as part of a very interesting and enjoyable interview that was posted on the website of the “Archaeology and Arts” magazine in March 2015 (to read the full interview, click here)

Evi Touloupa, nee Stasinopoulou, graduated from the German School and studied archaeology at the University of Athens. An Italian scholarship allowed her to attend classes at the Pontifico Istituto di Archaeologia Christiana in Rome (1953-1954). In 1955 she began working as a research associate in the programme of unpacking antiquities at the National Archaeological Museum. She would later return to the National Museum (1965-1973), as curator of the Bronze Collection. In the meantime, after a competition announced by the Archaeological Service in 1960, she is placed as curator at the Ephorate of the Ionian Islands based in Corfu. Between 1963-1965 she served as head of the prefectures of Boeotia and Fthiotis, based in Thebes. In 1973 she became head of the Archaeological Ephorate of Epirus, based in Ioannina.  With Dinos Tsakos as curator, they toured the entire region, preserving monuments and archaeological sites. Between 1980-1982, She would return to Ioannina for another two years.

In 1975 she was transferred to the Third Ephorate of Prehistoric and Classical Antiquities and worked for six months at the Archaeological Museum of Eleusis. She was then seconded to the Central Office of the Ministry of Culture as a close associate of the Inspector General of Antiquities and Restoration Dimitris Lazaridis. Between 1976-1980, as head of the newly established Ephorate of Euboea, she collaborated with the British School of Archaeology to rescue the tombs and the Hero monument at the site of Toumba (Lefkandi). On Skyros she undertook the re-opening of the new archaeological museum and a preliminary excavation at the prehistoric settlement of Palamari.

In a car accident in 1978 she lost her husband, Takis Touloupas, who had been deported and imprisoned during the dictatorship. Thus ended “16 years of happiness”.

In Berlin in 1979, a fellow of the German Archaeological Institute, she had the opportunity to study a subject that had long preoccupied her; the pediment sculptures of the Apollo Daphnephoros temple in Eretria. In 1982 she submitted this study as a dissertation to the University of Ioannina, while being assigned the direction of the First Ephorate of Prehistoric and Classical Antiquities that same year . Her work was to be exhilarating. She collaborated with the architects and engineers who had undertaken the restoration works on the Acropolis, participated in the Acropolis Monuments Preservation Committee, convinced Minister Melina Mercouri on the need to restore the Weiler building on the Makrigianni plot of land to house the Acropolis Study Center. In 1987, the Acropolis Friends Association (EFA) was founded on her own initiative, of which she was till now the Honorary President.

Her dissertation was published in 2002, and included in the Library of the Athens Archaeological Society under number 220. She has published articles in internationally prestigious archaeological journals in Greek, German, English, French and Italian. In the decade between 1990-2000 she wrote articles for the newspaper “Ta Nea”. A selection was published in two editions: a) From Pnyx to Pagrati, Acropolis Friends Association, Athens 2004, “for the 80 years of Evi Touloupa” and b) Past but not forgotten, Oceanida publications, Athens 2008. Recently (2014), her memoirs entitled Life in Corfu, 1961-1962 were published by Archive publications, in the series “The Archaeology of Archaeology”.

For 35 years, Mrs. Evi Touloupa had been living in the “rive gauche” of Ilissos, as she called her neighborhood. On her veranda, next to a thriving apple geranium, grows a little lemon tree, full of lemons regularly made into preserves by her. From her terrace she also had a panoramic view of the Acropolis rock, the Parthenon and its cranes. And when, she said, she used to see a construction crane raised high up, she would shout: “You forgot the crane standing! Down with the crane! “