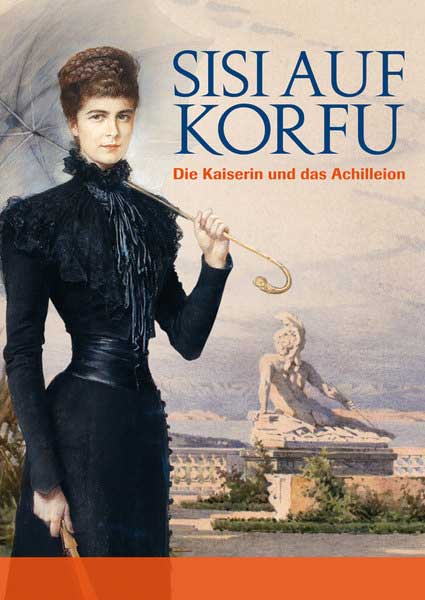 Sisi on Corfu. The Empress and the Achilleon

This exhibition focuses on Elisabeth’s love of Greece and its people, language and culture. She learnt Ancient and Modern Greek, read Homer and translated texts by many of the ancient writers. In order to ensure that the empress travelled in the comfort and style appropriate to her rank, a court saloon car was placed at her disposal. She travelled by rail to Trieste and from there on the yacht Miramar to Corfu. Alongside original fittings from the yacht and the saloon car, items of clothing and travel accessories round off this section of the exhibition.

The empress’s interest in Greece is explored in this exhibition for the first time. Inspired by the excavations carried out by Schloemann at Troy and her interest in Greek mythology, Elisabeth started to collect antiquities herself. Ancient artefacts and her dactyliotheque (a collection of cameos) are being shown together with a Koran stadn and a small oriental table hat she brought back from one of her voyages.

Elisabeth kept her collector’s pieces at the Achilleion, a grand mansion in the Pompeiian style that she had had built on a cliff above Gasturi between 1888 and 1891. She chose a dolphin as the symbol of Corfu and had all objects made for Achilleion marked with it. the ‘laughing philospher’, as she referred to the dolphin in her writings, has a special significance in the exhibition.

After the empress’s death the Achilleion was inherited by her elder daughter Gisela, who sold it to the German emperor Wilhelm II in 1907. Today it is owned by the Greek state and is open to the public as a museum.

‘When I am all alone in a remote region which I know is seldom frequented, I feel that my relationshops with everything become quite different, as if other people were also present: it is only in this difference that I recogise myself…’ (Empress Elisabeth, Schönbrunn Palace, February 19th, 1892).