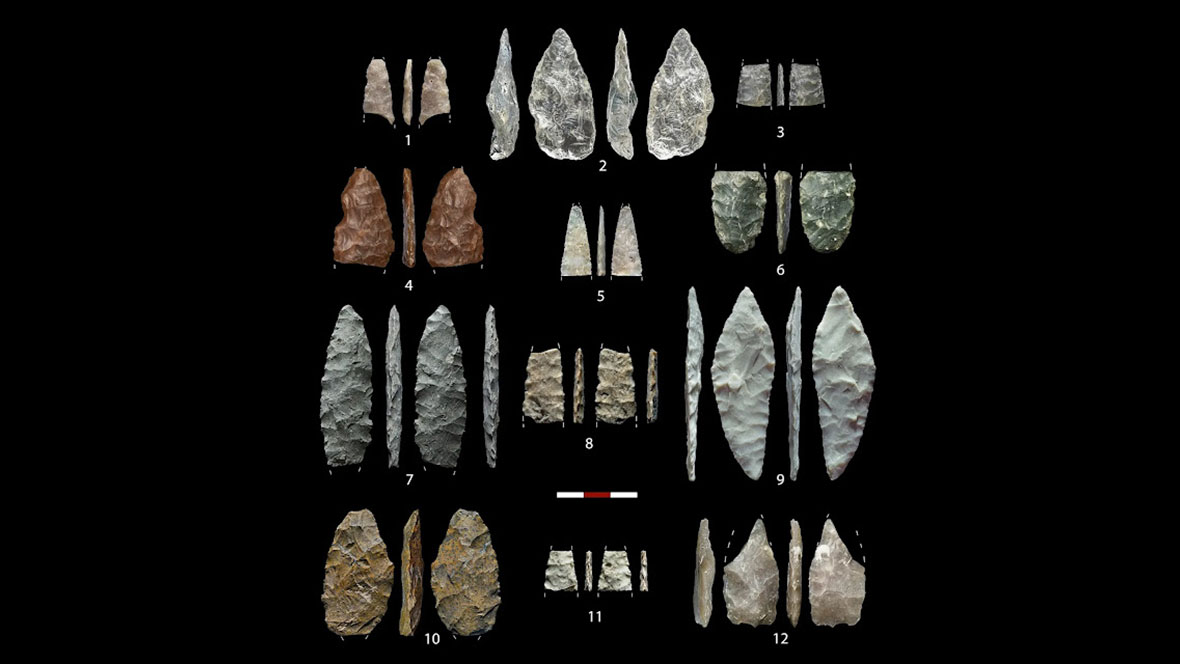 The period of time when anatomically modern humans first appeared in a particular region is always hotly debated amongst scientists. In western Europe, the contested region is the Iberian Peninsula, considered the last region to be occupied by modern humans as they spread throughout Eurasia. Traditionally, scientists believed the Iberian hinterland to be a no-man’s land, avoided by Homo sapiens until about 19 000 years ago when the ice sheets of the Last Glacial Maximum – the period when ice sheets were at their greatest extent – retreated. However, recent research has been telling a different story. According to a growing body of evidence, hunter-gatherers entered the Iberian interior and settled there at least during Solutrean times, around 25 000 to 20 000 years ago. Now, for the first time, new fieldwork and laboratory analyses conducted with support from the EU-funded MULTIPALEOIBERIA project has shown that the Iberian hinterland was occupied repeatedly around 26 000 years ago. The data tells us that, contrary to previous belief, the first Homo sapiens hunter-gatherers did not in fact avoid the interior region, even during the Heinrich Stadial 2, one of the coldest periods of the last ice age. The data was obtained from the Peña Capón rock shelter in Guadalajara province, Spain, where fieldwork has been carried out since 2015. The site is located on the banks of the Sorbe River, where sedimentary deposits contain material remains attributed to hunter-gatherers who had inhabited the region 26 100 to 23 800 years ago. The rock shelter was used seasonally by these Solutrean and Proto-Solutrean groups of Homo sapiens for hunting and processing prey.

At the Peña Capón site, researchers carried out radiocarbon dating and statistical modelling of over 30 bone and charcoal samples and palaeoecological analyses of pollen, wood charcoal and small vertebrate remains present in the sediments. They also conducted a geoarchaeological assessment of the sedimentary deposit and analysed stone tools and remains of large fauna left in the rock shelter by the hunter-gatherers. These investigations made it possible to establish the precise chronology of the successive human occupations of the site and to reconstruct the fauna and flora present at Peña Capón during the coldest period of the last ice age. The lack of earlier evidence of modern humans settling in the Iberian interior leaves a wide gap since the last Neanderthals disappeared from the region around 42 000 years ago. However, as prehistorian Dr Manuel Alcaraz-Castaño of MULTIPALEOIBERIA project host University of Alcalá, Spain, mentions in a news item (in Spanish) posted on ‘Alcalá Hoy’, the study the team has recently published in ‘Scientific Reports’ raises an interesting question: What would prevent the first Homo sapiens from settling in the hinterland after their arrival in the Iberian Peninsula from Africa 42 000 to 43 000 years ago if the extreme cold of the last ice age did not do so? The results of the study open the possibility that the interior was first settled much earlier than believed, and that the current gap in settlement data does not necessarily reflect prehistoric reality, but rather a bias in research practices. The 5-year MULTIPALEOIBERIA (Population dynamics and cultural adaptations of the last Neandertals and first Modern humans in inland Iberia: a multi-proxy investigation) project ends in December 2023.