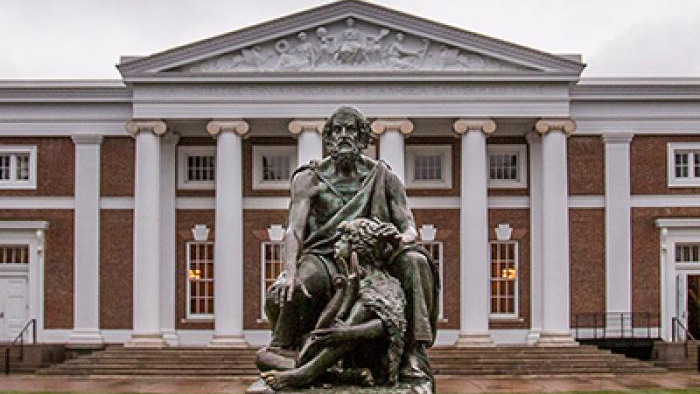 African and Asian Interactions with the Ancient Mediterranean

The deadline for submission is February 1, 2022

by Archaeology Newsroom
The call for abstracts for the 26th Annual Classics Graduate Student Colloquium at the University of Virginia is now open. The deadline for submission is February 1, 2022. Please find the Call for Papers below with further details:
Pushing the Boundaries: African and Asian Interactions with the Ancient Mediterranean
26th Annual Classics Graduate Student Colloquium
Conducted virtually via Zoom
University of Virginia
March 19, 2022
Keynote Speaker: Phiroze Vasunia (University College London)

Interactions among ancient civilizations were widespread; wars and trade led to the sharing of art, literature, and other cultural products. Alexander the Great sparked many such exchanges in his invasion of the Indian subcontinent in the late 4th century BCE, as did the Roman Empire’s expeditions across the Middle East, North Africa, and into Sub-Saharan and Sudanic Africa. Such encounters did not end with antiquity. Scholars have studied the reception of classics by authors like Wole Soyinka, Phillis Wheatly, and Derek Walcott and are collecting these studies in volumes such as Classicisms in the Black Atlantic, edited by Ian Moyer, Adam Lecznar, and Heidi Morse. Recently, the National Social Science Fund of China financed the “Ovid in Chinese Project” to translate all of the Latin poet’s works into Chinese from modern critical editions. In 2017, the Shanghai Normal University held the Globalizing Ovid conference, attracting scholars from around the world and facilitating global awareness and cross-cultural conversations on issues of translation, interpretation, and criticism. These and other developments have opened up the field of Classical reception to the perspectives of marginalized voices, “moving the centre” to recognize the plural and complicated histories of the reception of Greek and Roman Classics in African and Asian traditions (Ngũgĩ wa Thiong’o, Moving the Centre: The Struggle for Cultural Freedoms. Studies in African Literature. (James Currey, 1993)).

For this conference, we seek papers on the interaction of the Ancient Mediterranean with Africa and/or Asia, as well as on Classical reception in modern African and Asian cultures and literatures. We welcome submissions from not only Classical Studies but also related fields such as Archeology, Art History, History, Africana Studies, East Asian Studies, Near Eastern Studies, Philosophy, and Religious Studies. Possible topics include but are not limited to:

-The teaching of Classics in non-Western or largely minority communities

-Hellenistic Egypt and interactions between Egypt and Greece and Rome

-Cross-cultural influences on art, architecture, or other material culture

-Race and ethnicity in the ancient world

Papers should be 20 minutes in length. Please send abstracts of no more than 300 words (excluding bibliography) to Carl Hamilton ([email protected]) by February 1st, 2022. This colloquium will be held online and will be accessible to all, including those with physical disabilities, mental illness, and/or chronic illness. Any questions may be addressed to colloquium organizers Nina Raby ([email protected]) and Alison Newman ([email protected]).