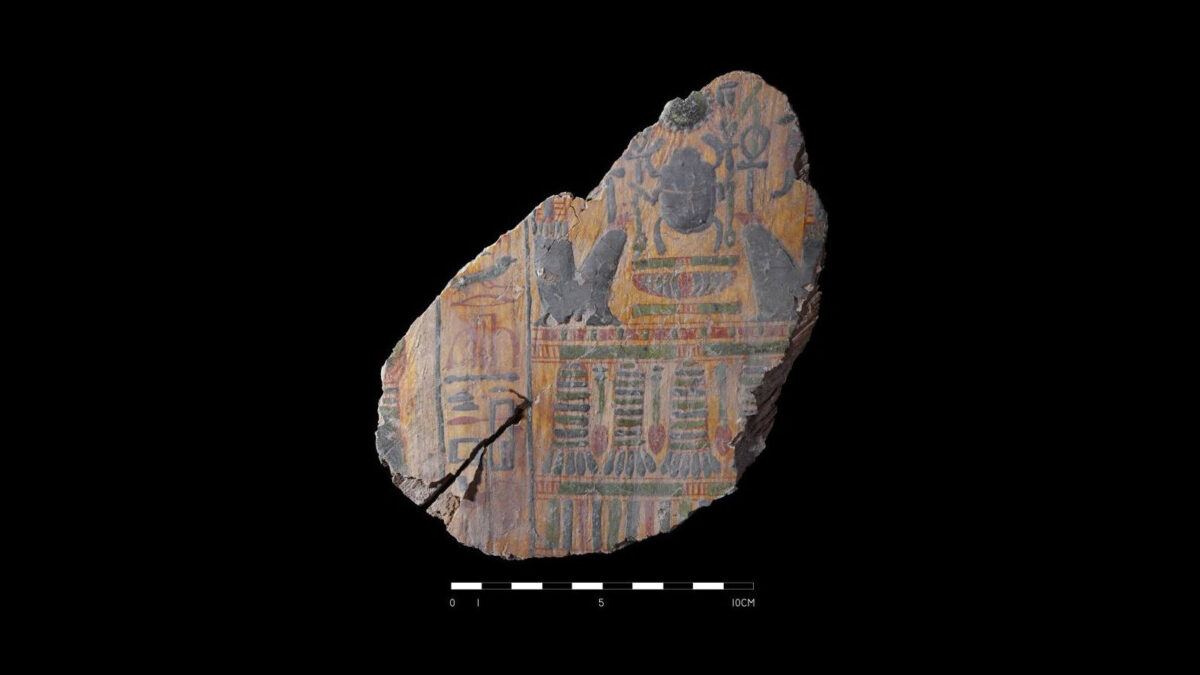 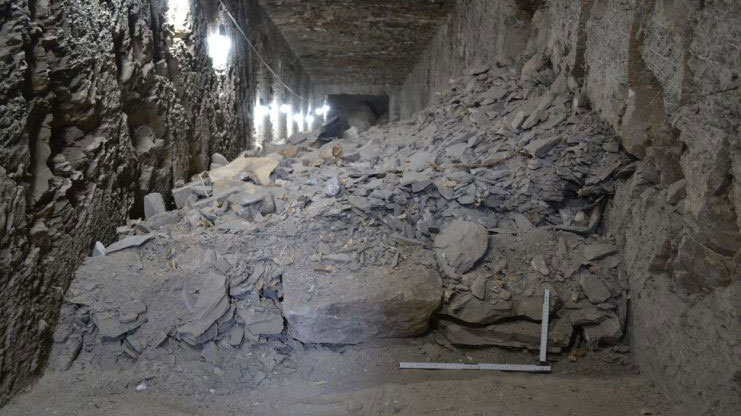 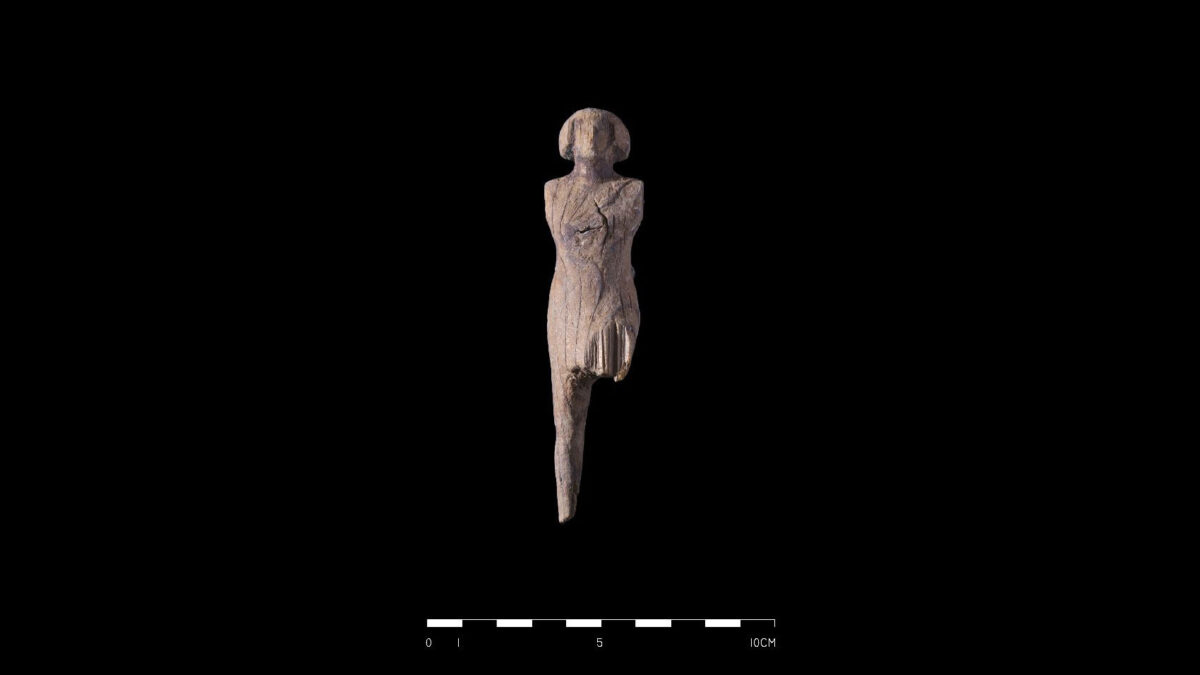 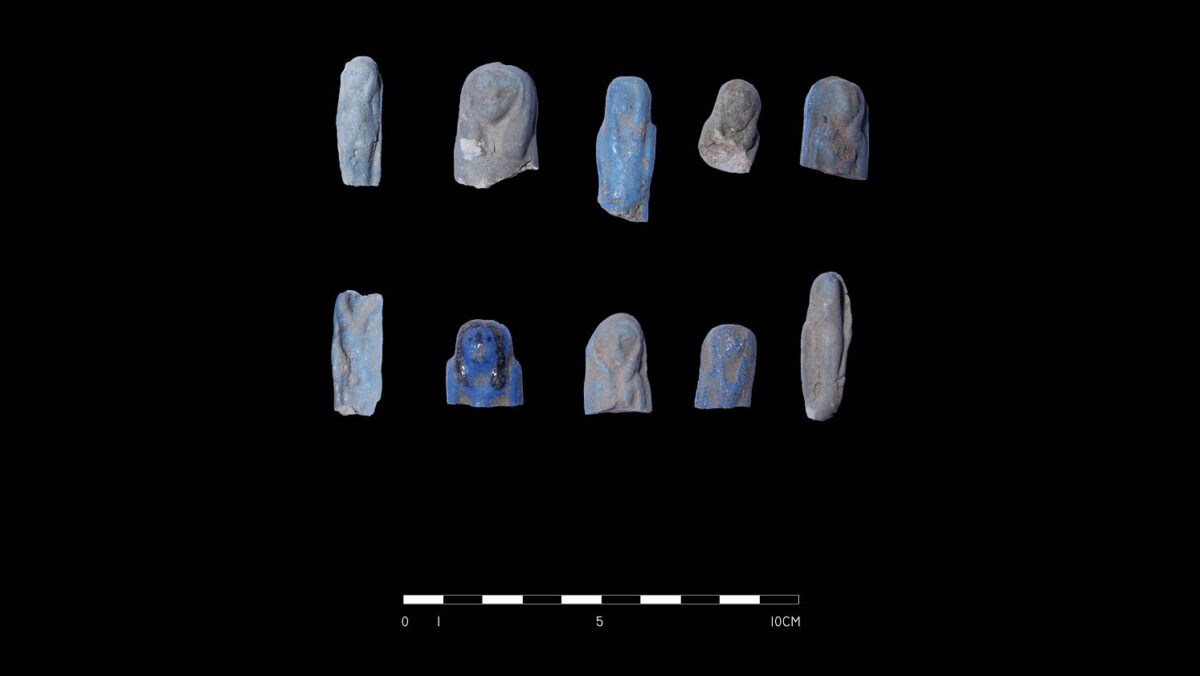 New discoveries in a subterranean tomb at Hatshepsut’s temple

Among them a wooden figurine with a wig on its head

Figures showing deities and donors, as well as vessels with a breast motif are just some of the several hundred items found by Polish archaeologists in a tomb under the Hatshepsut’s temple in Egypt.

Scientists from the Vistula have been working in the Hatshepsut temple since 1961, when prof. Kazimierz Michałowski established the Polish-Egyptian Archaeological and Conservation Expedition. Since then, archaeologists, conservators and architects associated with the Center of Mediterranean Archeology (CAŚ) of the University of Warsaw have been working on the documentation and restoration of the approx. 3.5 thousand year old temple. Currently, they focus on restoring the Hathor Chapel. Beneath it lies is a rock-cut tomb they recently explored.

“We were afraid that our work might lead to the collapse of the tomb’s ceiling, so we wanted to protect it. After entering it, however, it turned out that it had never been examined and cleaned, because the debris was lying up to a height of about half a meter”, Dr. Patryk Chudzik from CAŚ UW said.

Within the debris, several hundred items were discovered – some of them are the remains of burial equipment from the beginning of the Middle Kingdom. Thus, it was older than the Temple of Hatshepsut by about 500 years. However, most of the finds come from later times, probably from the early 18th dynasty, i.e. the New Kingdom.

Archaeologists believe that the tomb had been looted already in antiquity. The grave goods must have been valuable, because the tomb belonged to a person closely related to the pharaoh Mentuhotep II, probably his son or wife, Dr. Chudzik explained. The tomb was built right next to the temple of Pharaoh Mentuhotep II. Today it is almost completely ruined. The temple of Hatshepsut was built after hundreds of years.

“The number and quality of the monuments we found are amazing. They include a wooden figurine, most probably depicting the owner of the tomb, with a wig on his head,” the archaeologist pointed out.

In the backfill, there were a lot of painted vessels and bowls from the 18th Dynasty, with plant motifs, symbolizing rebirth from the Land of the Dead. In addition, within the debris ceramic vessels with a breast motif from the same period and cow figurines were found. Several dozen figurines of women were discovered in the tomb.

Scientists concluded that these were offerings by the faithful and the priests in the Hathor Chapel. The goddess Hathor, well known from the reliefs in the Hatshepsut temple, was depicted in the form of a cow or a woman with cow ears. In some scenes, she also feeds the Pharaoh. In addition to the figurines depicting women, which directly indicate the goddess Hathor, there are also small stone statues – these were votive gifts, intended to obtain favors from the goddess Hathor.

“Votive offerings were made by the local people, asking Hathor for help” Dr. Chudzik said. “After a while, however, there were too many of them, and the priests or temple staff had to throw them away”, the archaeologist believes.