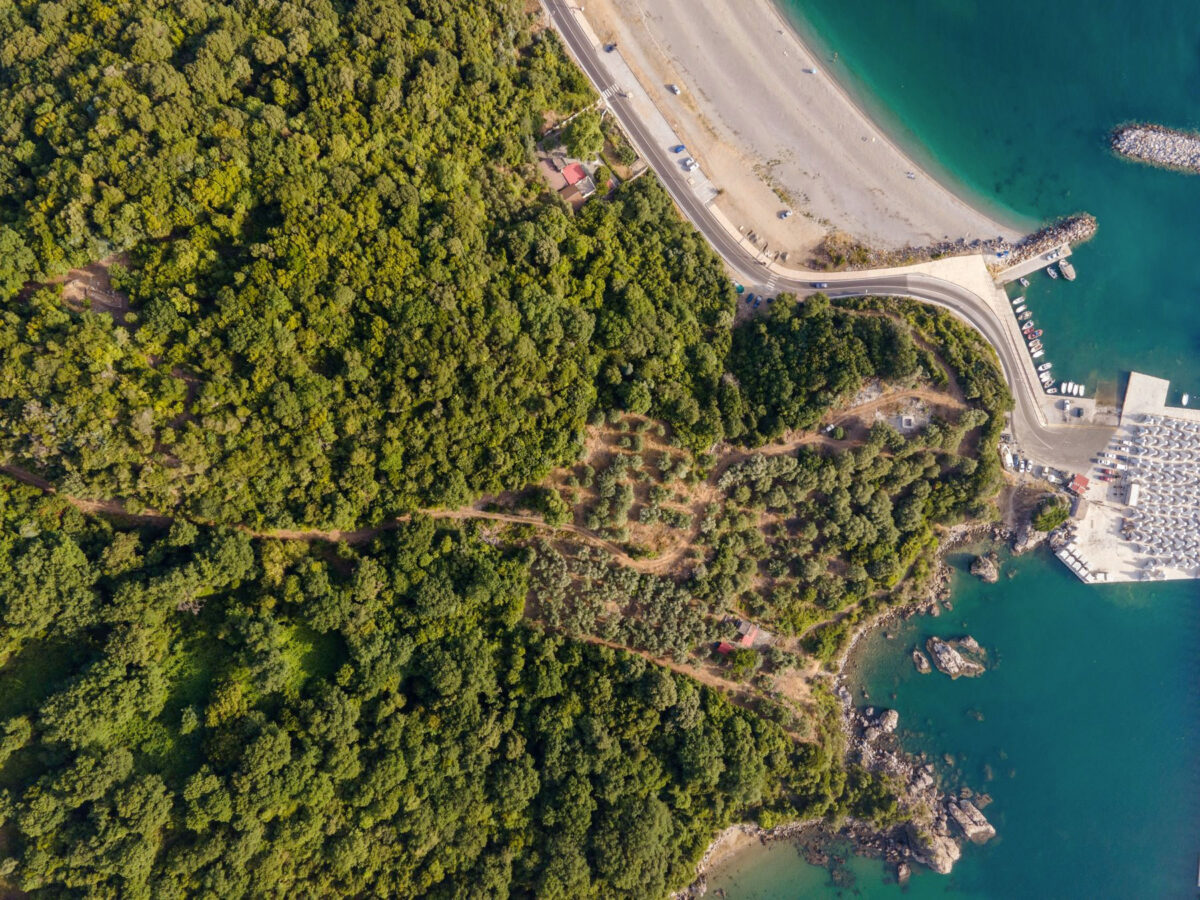 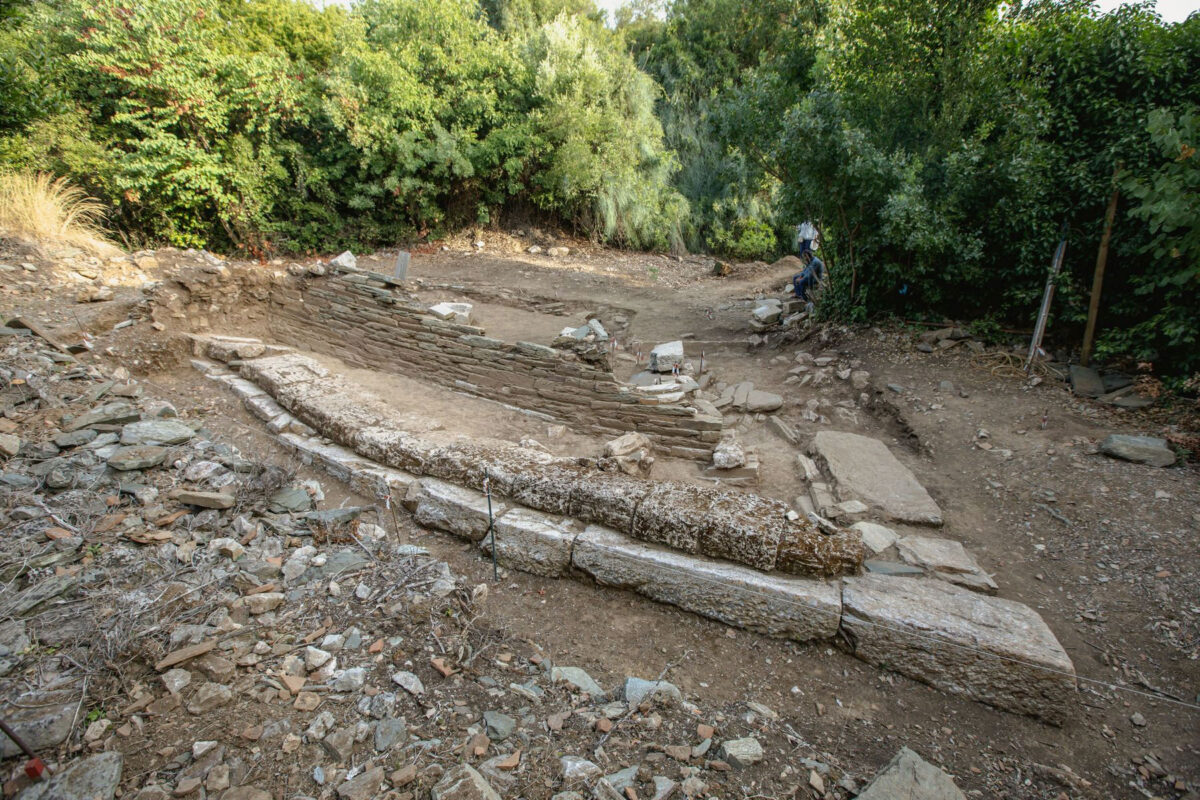 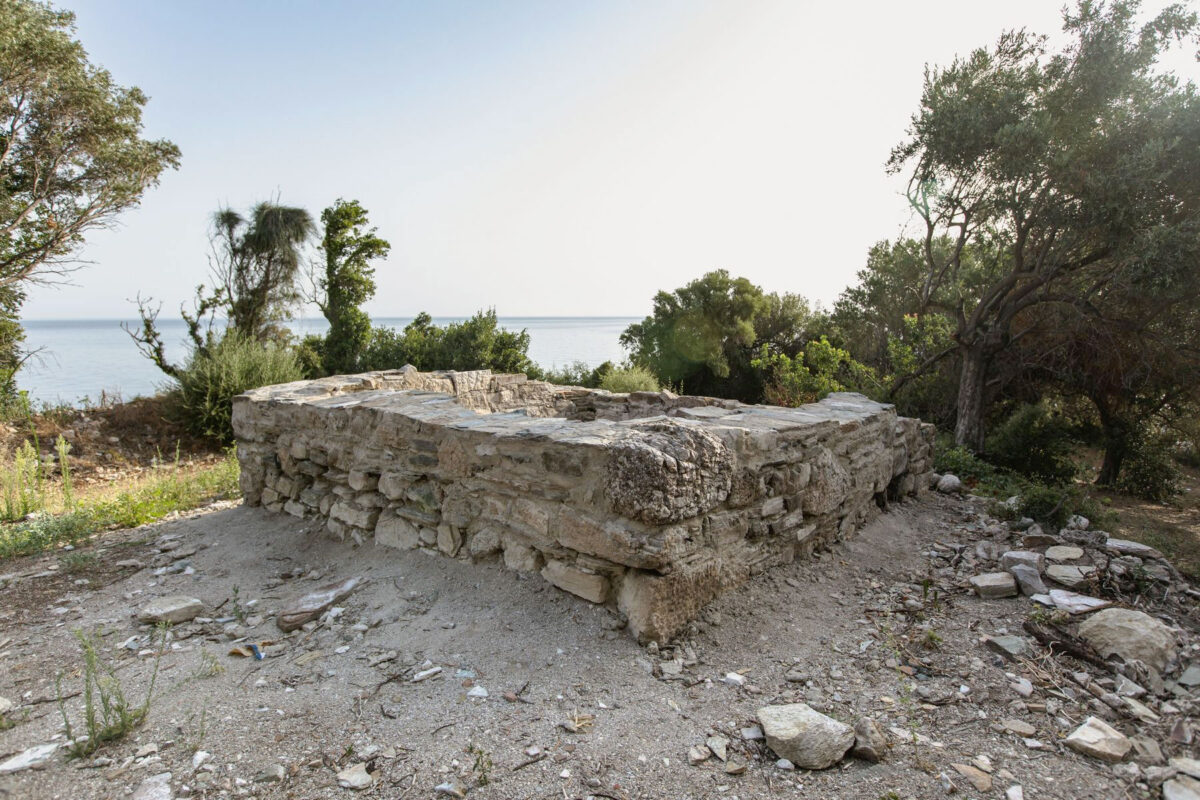 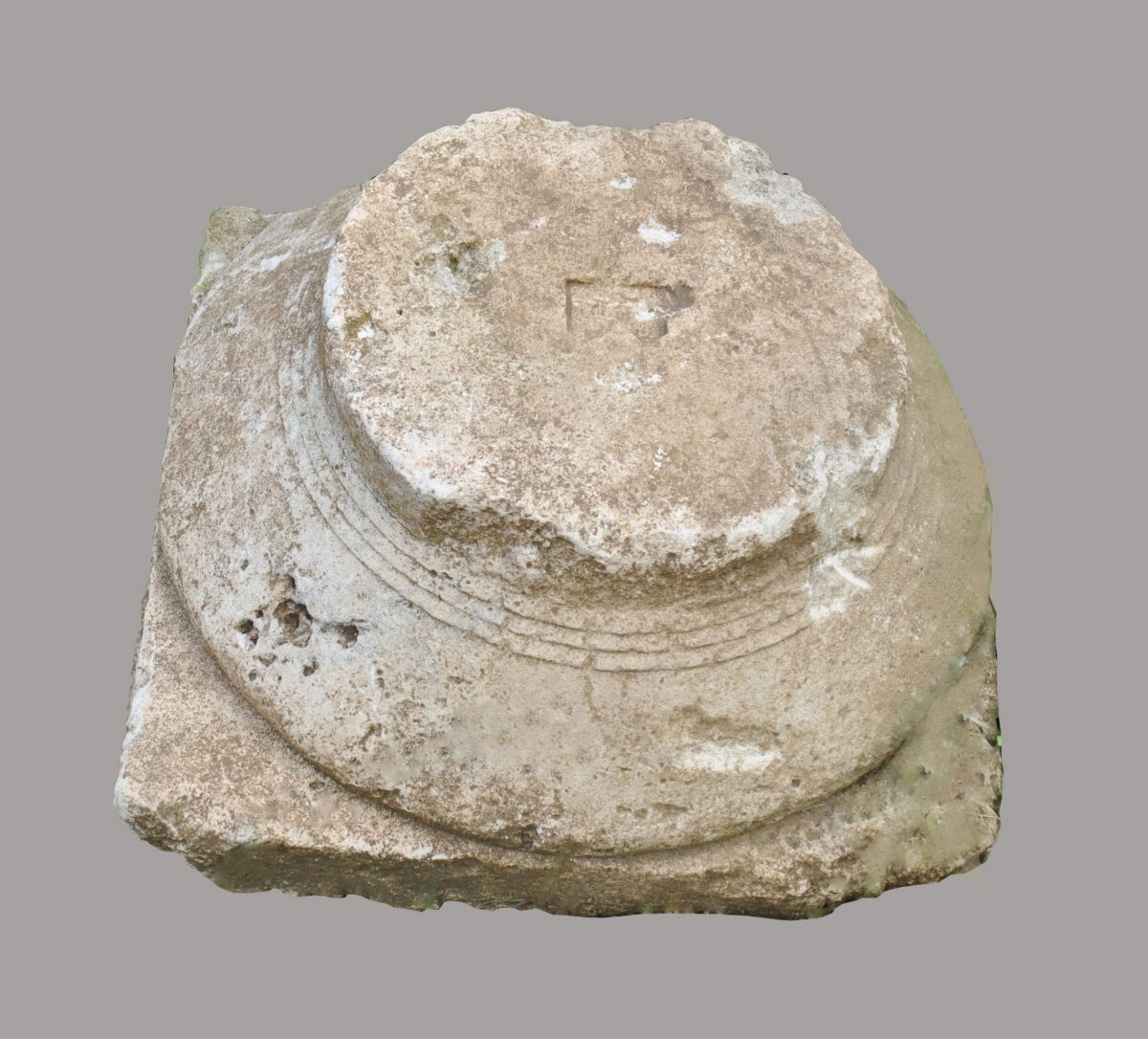 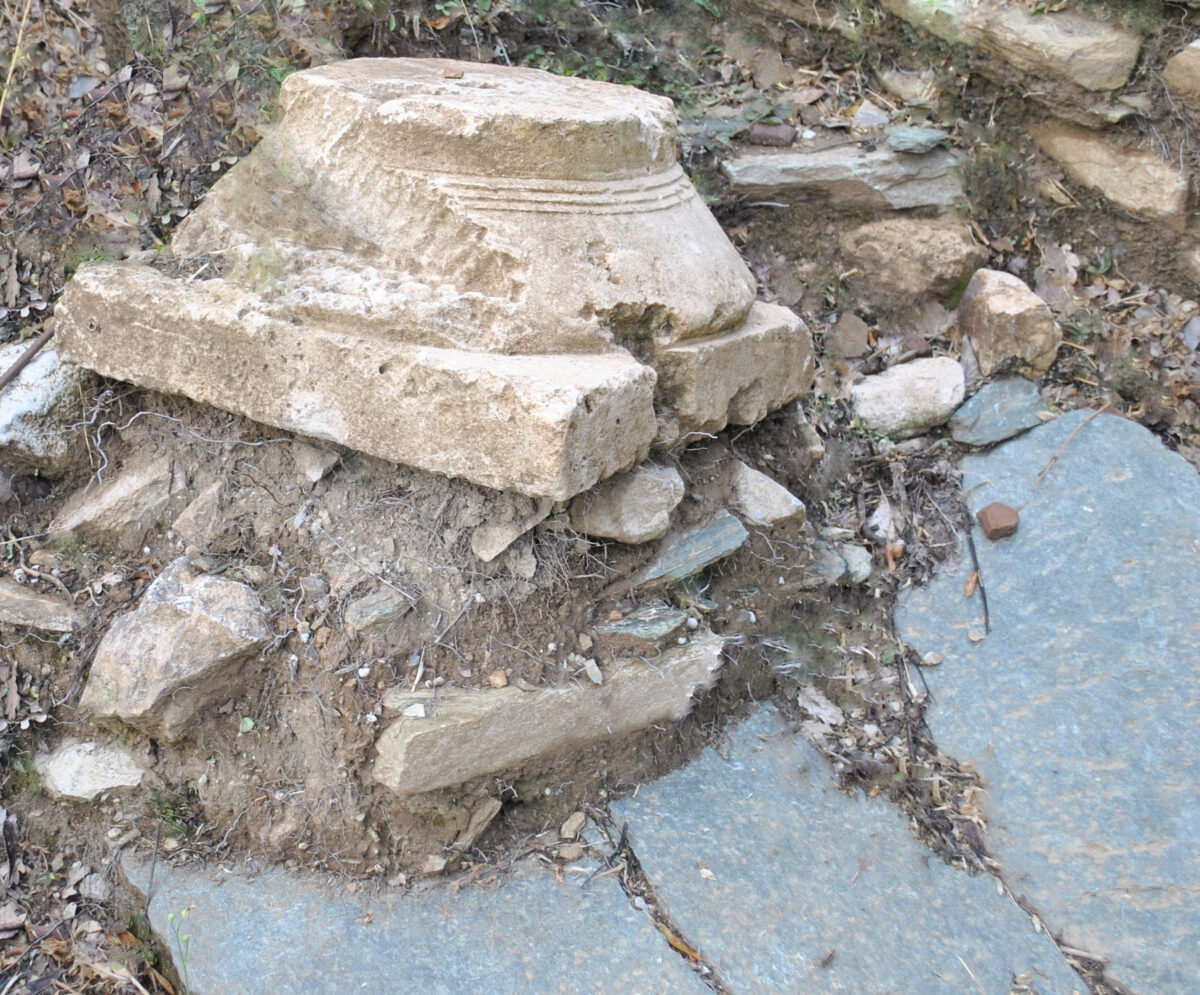 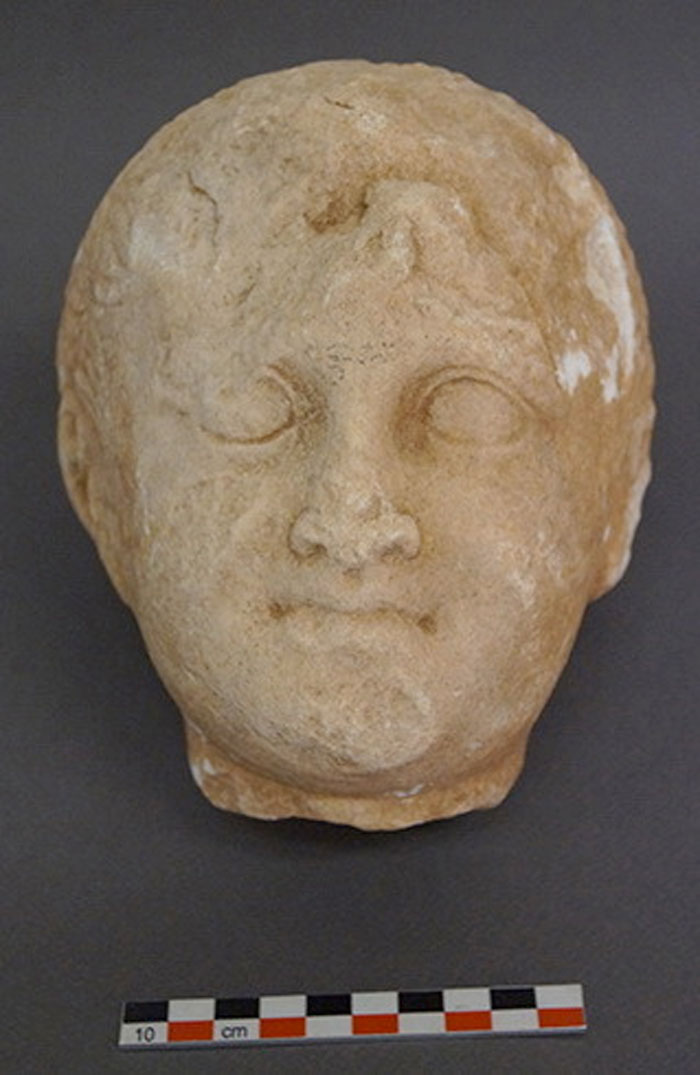 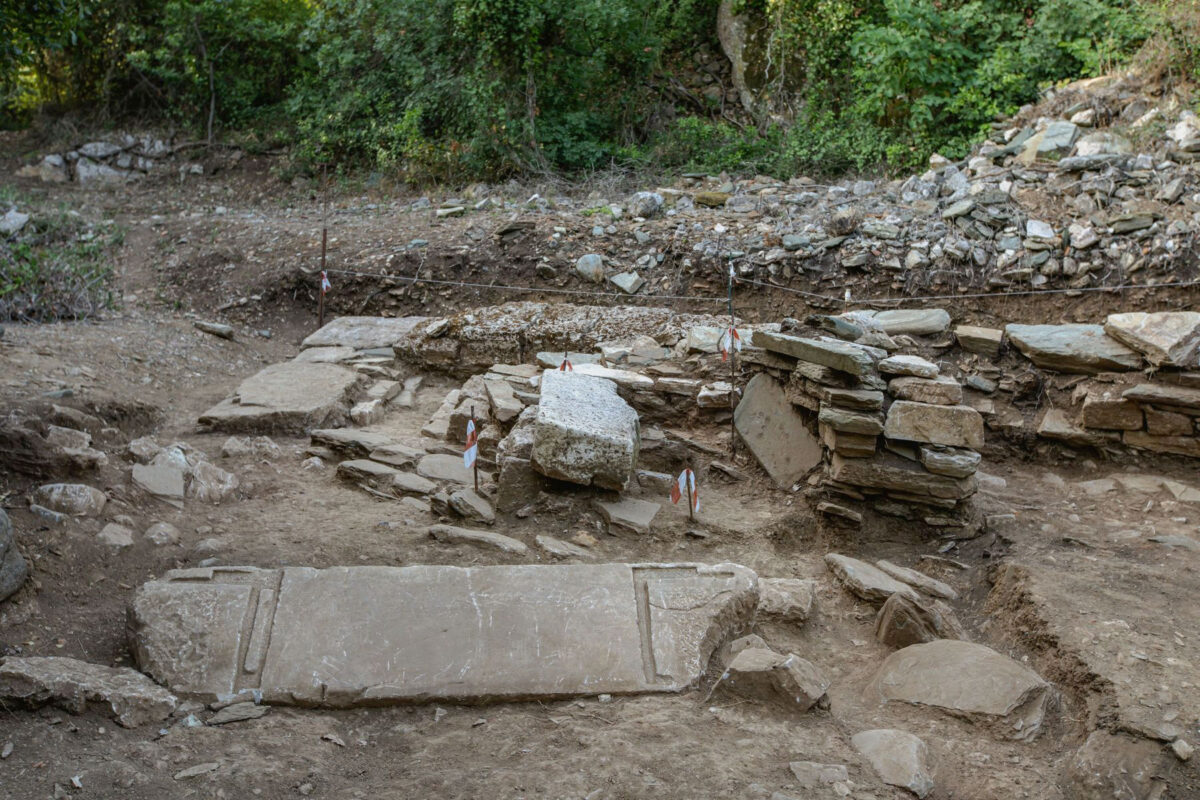 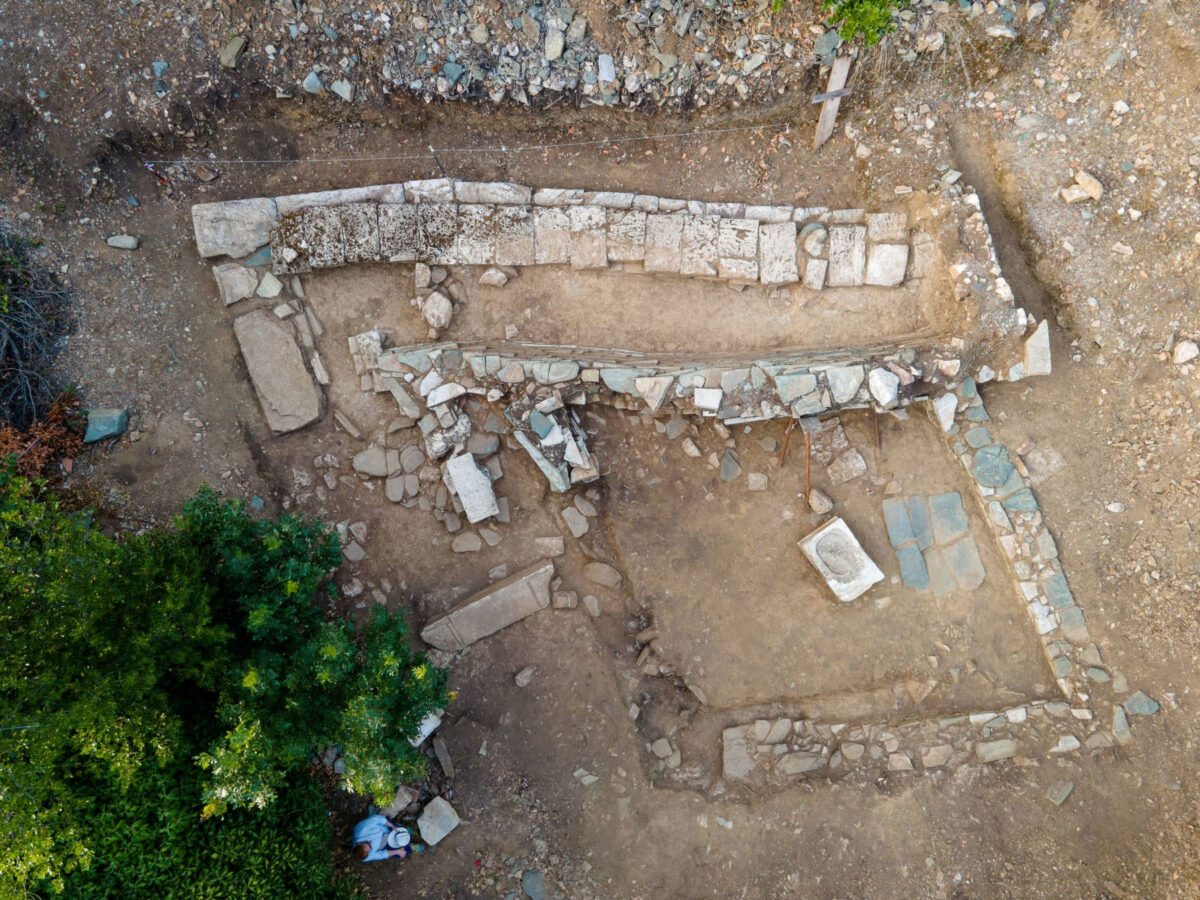 The Ministry of Culture and Sports announced that the architectural remains of a monumental building were brought to light in an excavation by the Ephorate of Antiquities of Larissa at the “Skiathas” site, in an area where a marble threshold and parts of walls could be seen. From the excavation data so far it appears that it is a sanctuary of Hellenistic times (3rd-2nd century BC), made of porous stone and local stone. Architectural members were found, such as part of the entablature and five Doric column capitals. The pedestal of a statue was found inside the building, as were part of a column, a marble table leg and two marble heads of children, a girl and a boy.

On the coast of Kato Polydendri in the Municipality of Agia, Larissa, at the “Skiathas” site next to the port of Agiokampos, rescue excavations are being conducted by the Ephorate of Antiquities of Larissa in the wooded inaccessible acropolis of the declared archaeological site, since sections of buildings have been appearing following extreme weather conditions or human interventions. The excavations are headed by archaeologist Nektaria Alexiou.

The ancient settlement on this site extends across a low hill to the eastern foothills of Mount Mavrovouni that links the Ossa mountain range to the north with the Pelion mountain range to the south. It is a walled settlement, covering an area of 13.590 acres, which was also naturally fortified by a deep gully to the north, west and south. Constructed on tiered terraces, it stretched east to the sea and reached the rocky shores of the northern Aegean. It had two natural coves that were probably its ports. In the past, research had been carried out by honorary curator of Antiquities A. Tziafalia to unearth the acropolis wall. Important finds come from the site, mainly handed over, such as sculptures, ceramics, coins, most of them from the Classical and Hellenistic eras, which are kept in the museums of Larissa and Volos, while some are on display.

There were also many movable finds such as iron nails, an iron arrowhead, bronze rings, part of a bronze bottle, lead weights, bronze coins from Thessaly and Macedonia. Clay loom weights, clay oil lamps, platters, drinking vessels and fragments of commercial amphorae were also found. Among them are stamped tiles with the names of owners of ceramic workshops, as well as a tile with the inscription ΜΕΛΙΒΟΙΑΣ that probably identifies the settlement at Skiathas as Melivoia, an important ancient city of Magnesia, a matter that has preoccupied many researchers in the past.

This is the first building of the walled city to be unearthed beyond the wall. Moreover, a square tower belonging to the main Byzantine period, was investigated on the lower level. Further research is expected to provide answers to important archaeological matters regarding this coastal area which is very rich in antiquities.