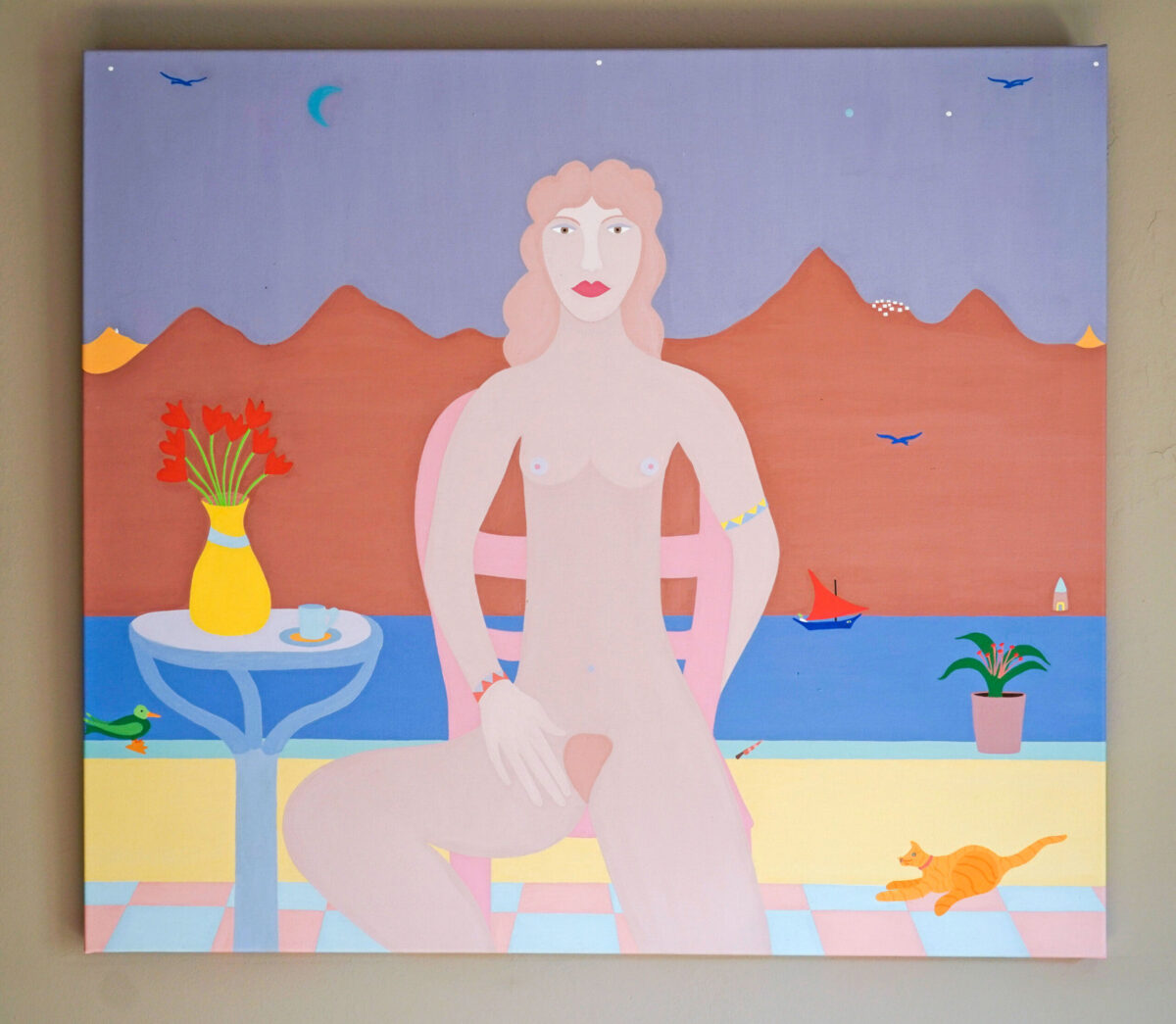 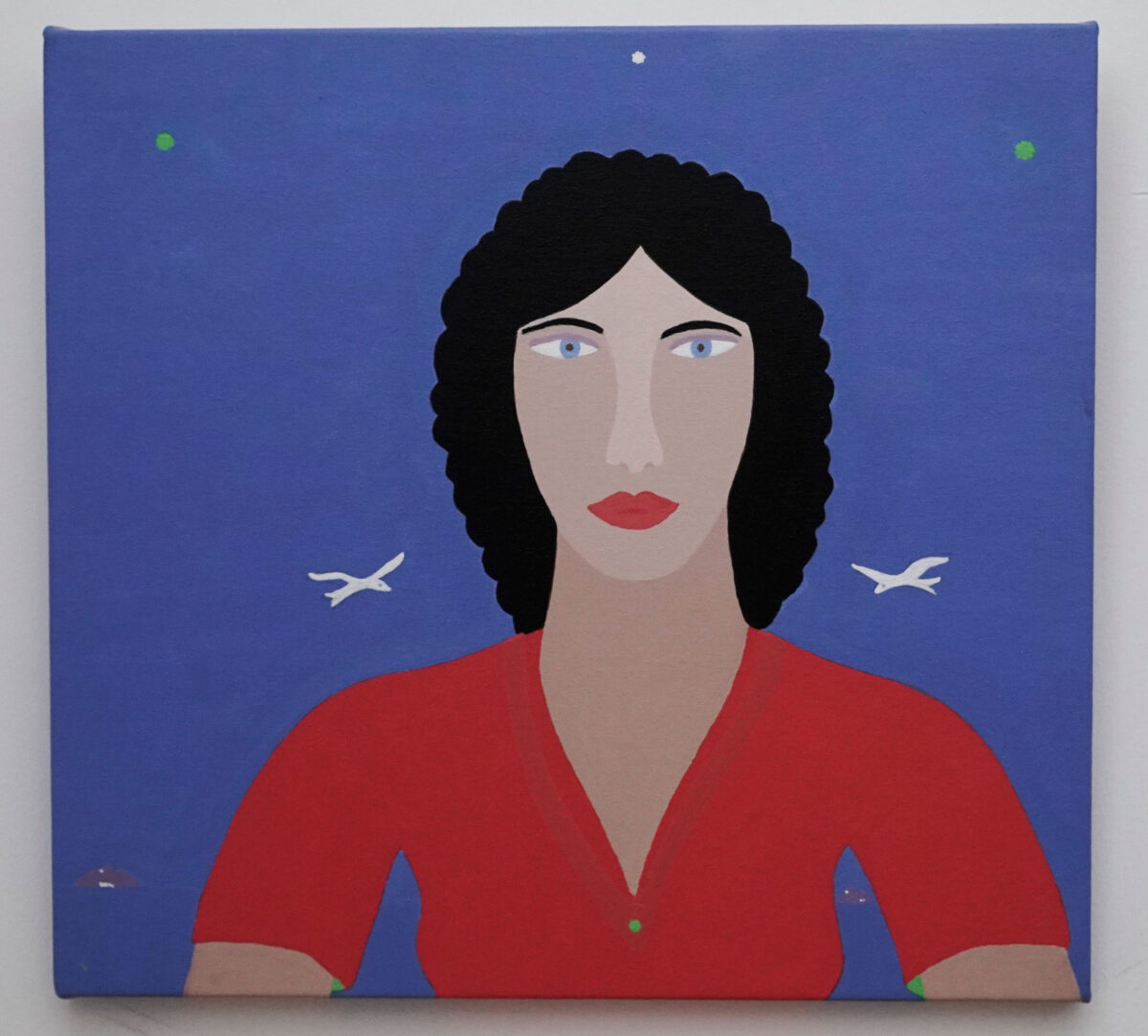 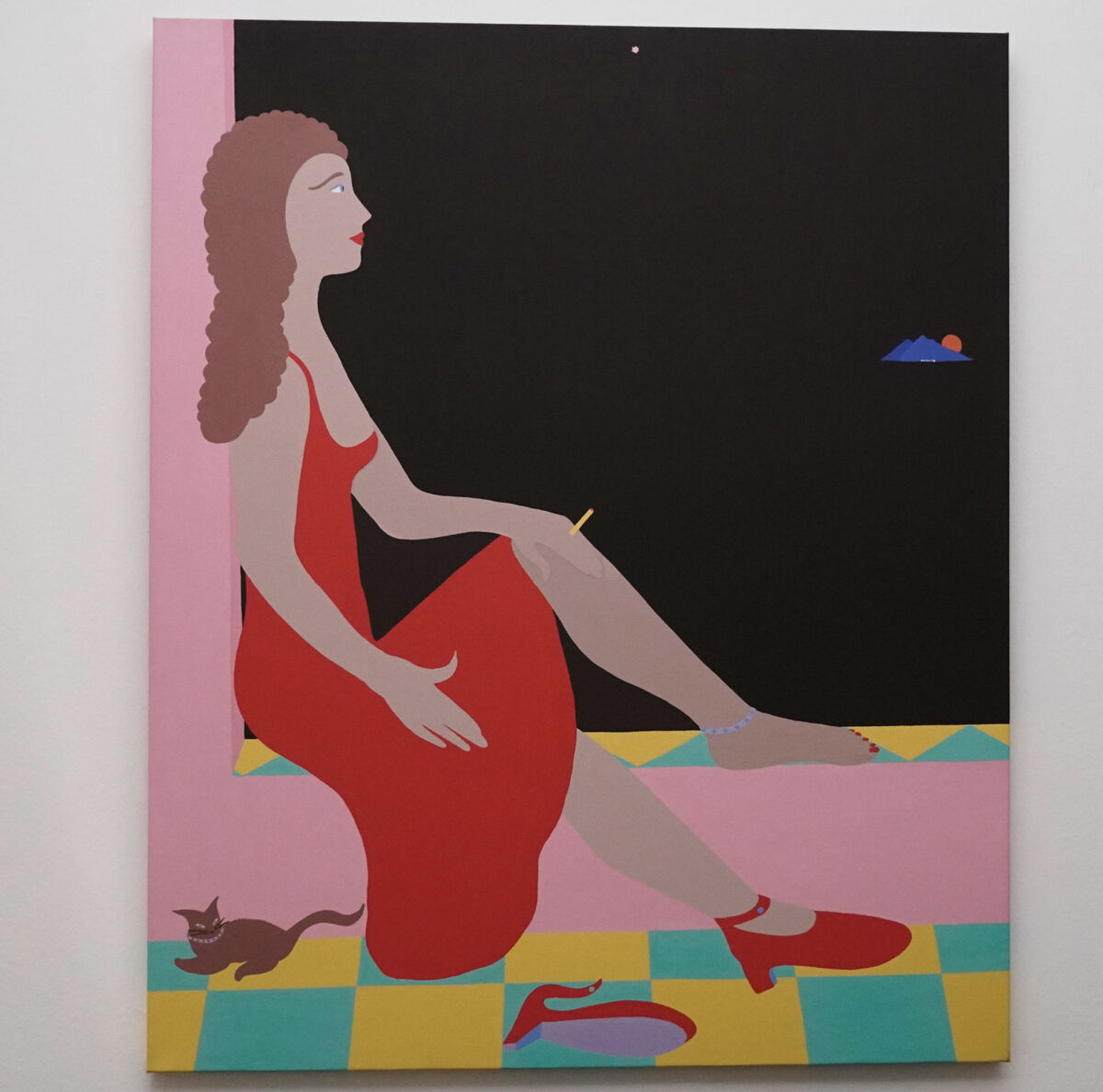 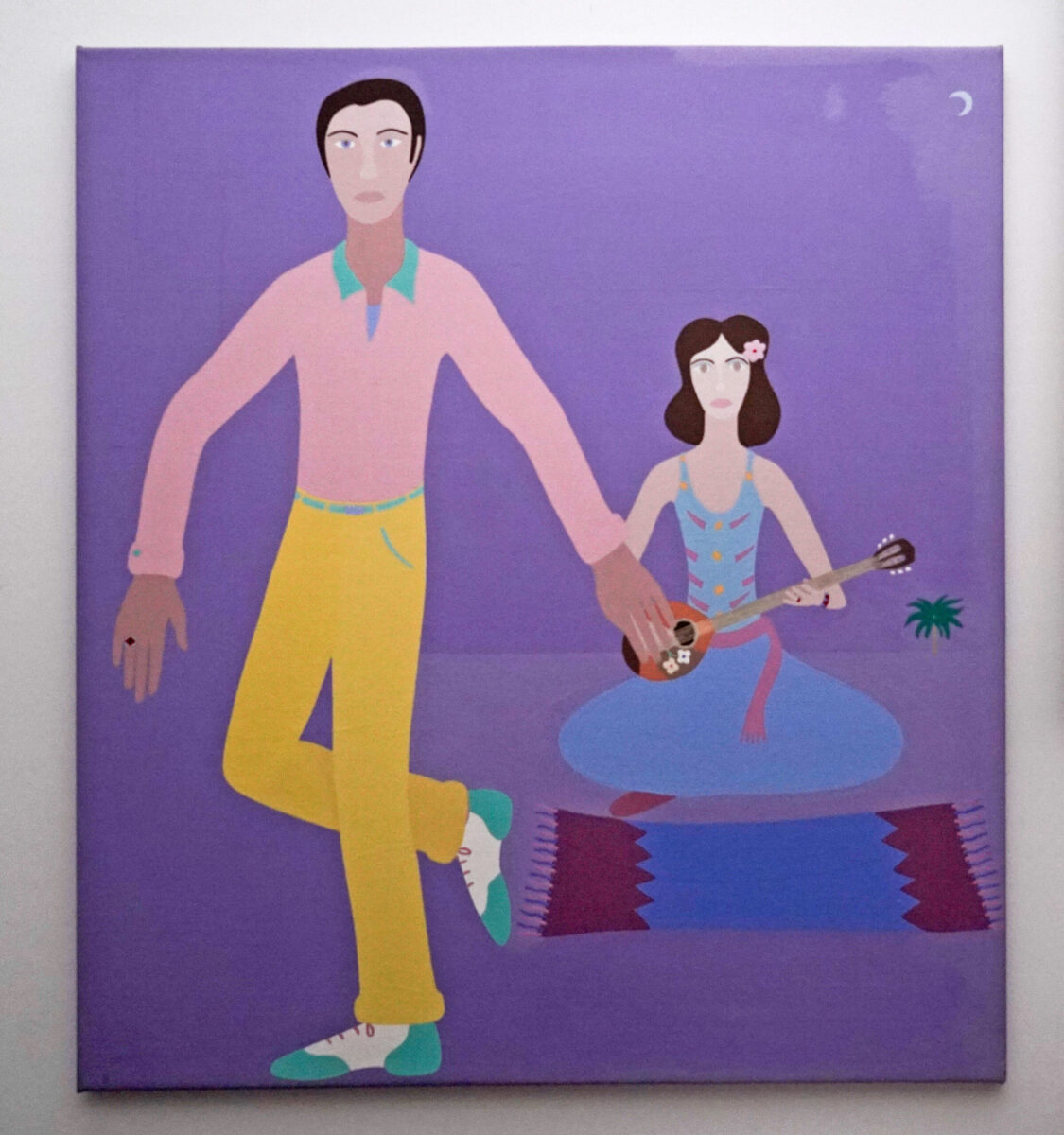 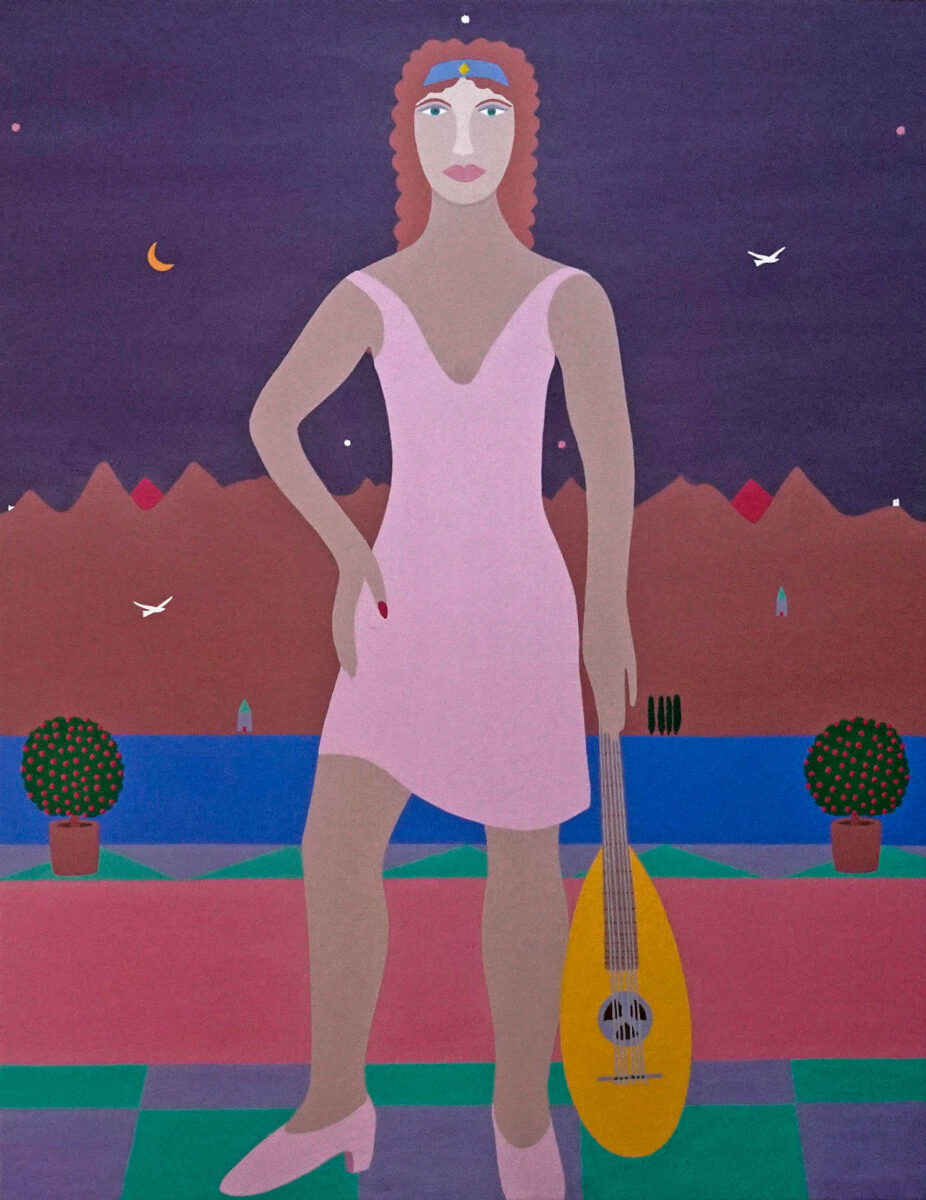 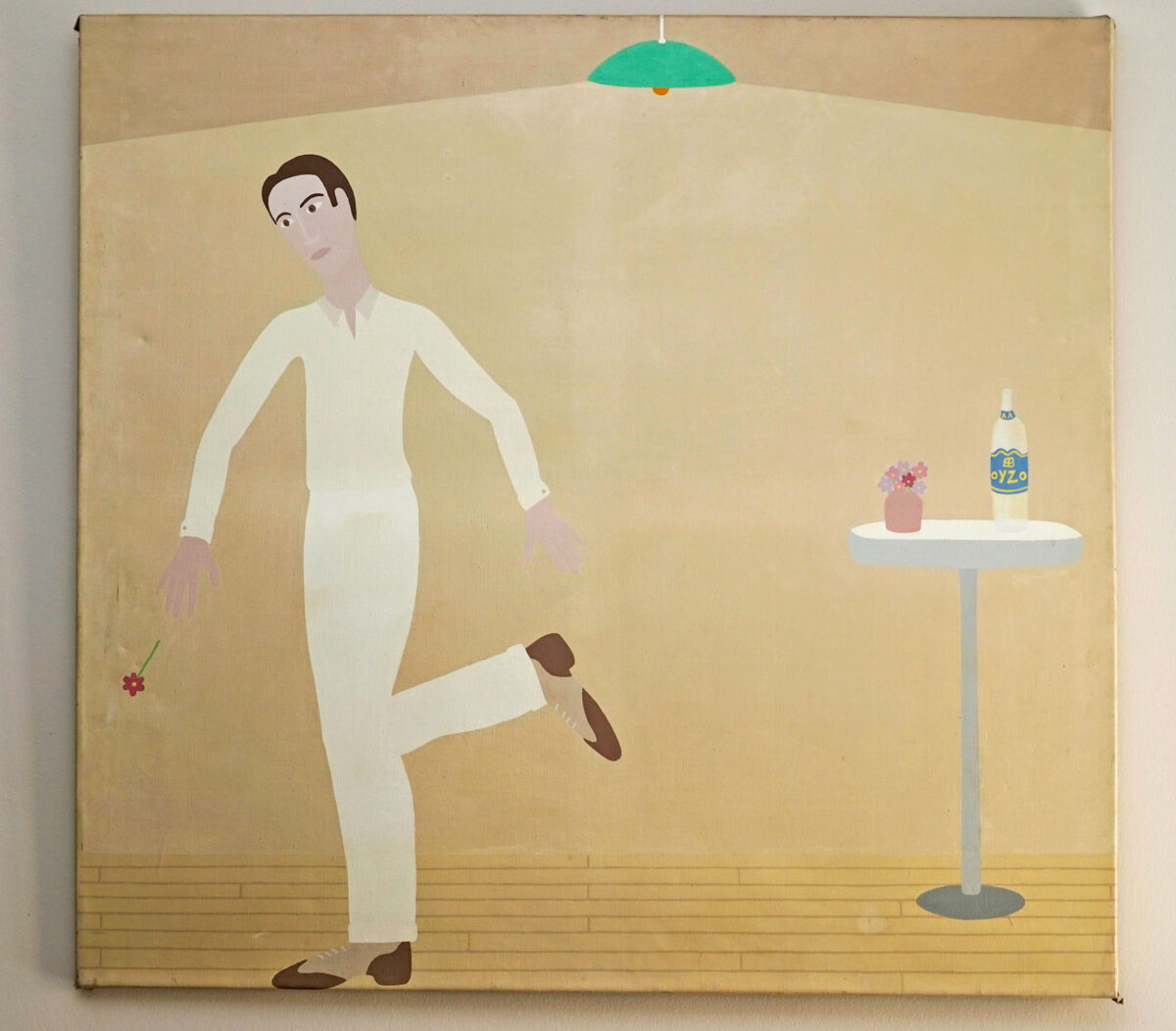 At the "Melina" Cultural Center of the Municipality of Athens

“There are no shadows in Charles Howard’s painting, light has emerged victorious. If we consider that ‘beauty is a battle, the victory of light over shadow’, as Jacques Lacarrière observes in his Dictionary for one who loves Greece, Howard’s paintings convey this battle, i.e. the essence of beauty, in the most eloquent way”, writes the curator of the exhibition Christoforos Marinos, art historian and curator of OPANDA’s art exhibitions and activities.

“In his paintings, Howard portrays women, specifically women in the Greek landscape, as goddesses. His themes include female figures, usually naked or half-naked, in a background of sea, a few islands and bare mountains that make up the Greek summer. Most of them are portraits of carefree, dreamy anonymous women emphasizing the features of the female face (cat eyes, brightly painted lips), treating it like an exotic landscape. The Mortissa/lowlife woman and Aphrodite are the leading ladies in his paintings. The former  reminds us of the famous rebetiko song  Mortissa hasiklou/Lowlife Hashish smoking woman  (1933) by Markos Vamvakaris and the latter of the “chaste figure of Desire”.

The portraits that make up the Greek summer include works that are inspired by the East and specifically by Islamic art. Some of them, such as The Gift (2003), are of a more narrative nature. Most of them however, especially those of the last decade – are abstract and, judging by the titles, depict places and countries (Misir refers to Egypt, Yazd to the Iranian city of the same name, Saray to a Turkish palace). Here Howard experiments with vivid colours reminiscent of the works of Op Art painters, but also the theory of Johannes Itten and Josef Albers about the interaction of colours. It is no accident that these small, square-shaped works look like ceramic tiles: in a way, they make up the mosaic of a delightful painting based on personal experiences and memories of places.

Howard’s paintings remind us of Jacques de Loustal and the erotic and carefree quality of his images. In fact, Howard could very well be a comic strip artist who also has a considerable body of paintings on display. And vice versa, he could be a painter who has been strongly influenced by comics or a painter who has influenced comic strip artists. The one thing, however, that really dominates Howard’s paintings is love: the love of Greece, love of particular people, places and cities such as the enchanting city of Istanbul where he lived for many years and ultimately a love of life. Looking at his paintings, you have the impression that their creator lived a rich and happy life. Charles Howard “departed” last September full of experiences, leaving behind a work that pulsates with vitality and evokes positive emotions. With this exhibition, this love has been reciprocated by Greece”, concludes Christoforos Marinos.

Admission for the public is free.

In the exhibition space all necessary measures for the observance of the sanitary rules will be taken, as will the rules for the operation of the premises, according to instructions of the National Committee for the Protection of Public Health.

Current health protocols allow admission to the following: adults who have been vaccinated, have contracted the virus (having been diagnosed 6 months ago ) and minors between  4 and 17 years old with a negative self-test.

The use of a protective mask is mandatory while visiting the exhibition.