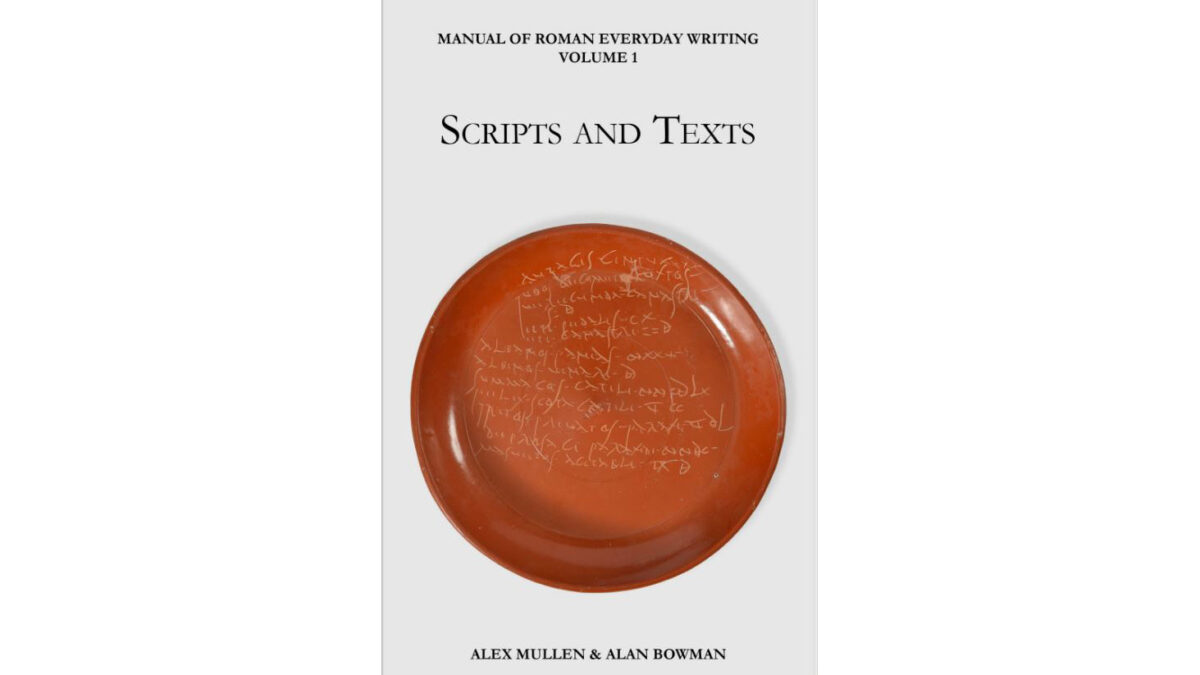 The first volume of the open access Manual of Roman Everyday Writing. Vol. 1 Scripts and Texts from the LatinNow project, hosted by the CSAD has been released. It can be viewed here: http://bit.ly/MREW1 you can also download a pdf here: Publications (latinnow.eu). Vol. 2 on writing equipment by Anna Willi was published earlier this year here: http://bit.ly/MREW2.

Volume 1 describes the kinds of documents that are written in Latin cursive script and tabulates the main published collections and individual items of texts in cursive script from across the Roman world, ranging in provenance from northern England to Africa, Egypt and Syria. The types of cursive script, conventionally labelled Old Roman Cursive (1st-3rd centuries) and New Roman Cursive (from the 3rd century) are illustrated, with layout of different kinds of documents, tables of letter forms and the most important abbreviations, signs and conventions. This makes important contributions to our knowledge of the origins and early history of Roman cursive as well as the long-standing debate among palaeographers about how and why the essential character of the scripts underwent obvious technical and stylistic changes in the course of the third century CE. A practice-based approach to the subject examines the evidence for the ways in which people may have learnt to read and write cursive in antiquity and the implications for the spread of literacy. For the modern reader, it provides a step-by-step guide to deciphering and interpreting Roman cursive texts, including video tutorials. Finally, it offers an exploration through text and video of the technologies of the digital age, including multispectral analysis and Reflectance Transformation Imaging, which have been pioneered at the Centre for the Study of Ancient Documents since the 1990s and have greatly improved the image-capturing techniques and the visibility of damaged documents written on wood, papyrus and various metals.

The second volume, Anna Willi’s detailed study of Roman writing equipment, offers a comprehensive, lavishly illustrated and much-needed survey of the material resources for the production of everyday written documents in the Roman empire. You can find out more about these publications in CSAD Newsletter 26.