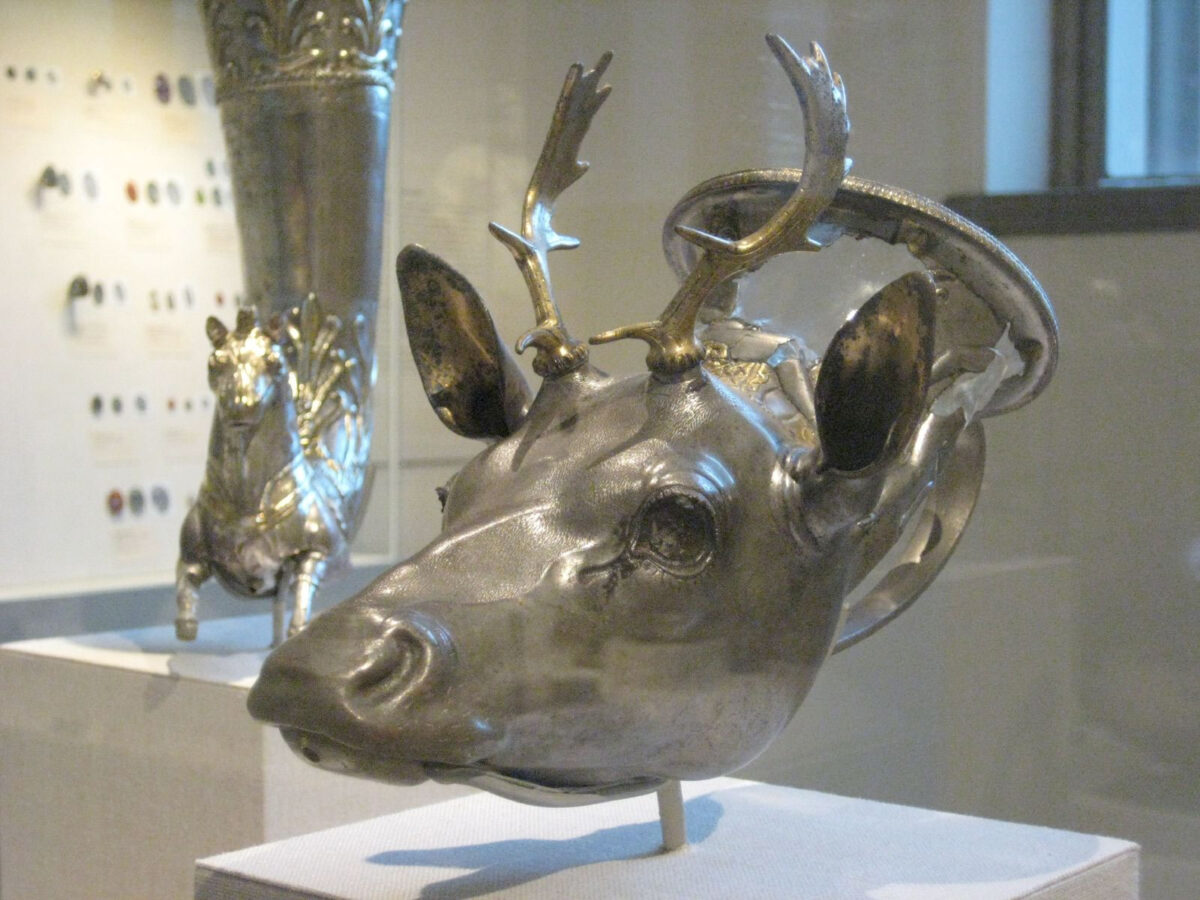 Seized Artifacts will be Repatriated to 11 Countries

Manhattan District Attorney Cy Vance, Jr. announced on Monday that Michael Steinhardt, one of the world’s largest ancient art collectors, has surrendered 180 stolen antiquities valued at $70 million and received a first-of-its-kind lifetime ban on acquiring antiquities, following the resolution of a multi-year, multi-national investigation into his criminal conduct. The seized pieces were looted and illegally smuggled out of 11 countries, trafficked by 12 criminal smuggling networks, and lacked verifiable provenance prior to appearing on the international art market, according to the Statement of Facts summarizing the investigation.

“For decades, Michael Steinhardt displayed a rapacious appetite for plundered artifacts without concern for the legality of his actions, the legitimacy of the pieces he bought and sold, or the grievous cultural damage he wrought across the globe,” said District Attorney Vance. “His pursuit of ‘new’ additions to showcase and sell knew no geographic or moral boundaries, as reflected in the sprawling underworld of antiquities traffickers, crime bosses, money launderers, and tomb raiders he relied upon to expand his collection.

“Even though Steinhardt’s decades-long indifference to the rights of peoples to their own sacred treasures is appalling, the interests of justice prior to indictment and trial favor a resolution that ensures that a substantial portion of the damage to world cultural heritage will be undone, once and for all. Accordingly, this agreement guarantees that 180 pieces will be returned expeditiously to their rightful owners in 11 countries rather than be held as evidence for the years necessary to complete the grand-jury indictment, trial, potential conviction, and sentence. This resolution also enables my Office to shield the identity of the many witnesses here and abroad whose names would be released at any trial, to protect the integrity of parallel investigations in each of the 11 countries with whom we are conducting joint investigations, and to avoid over-burdening resource-scarce nations who would be called upon to provide witnesses in any grand jury or trial. Finally, this agreement establishes that Steinhardt will be subject to an unprecedented lifetime ban on acquiring antiquities.

“I want to thank our Antiquities Trafficking Unit, our partners at Homeland Security Investigations, and the international law-enforcement authorities who collaborated with us on this case for their remarkable efforts in this extraordinarily complex and time-consuming investigation.”

“Steinhardt viewed these precious artifacts as simple commodities – things to collect and own. He failed to respect that these treasures represent the heritage of cultures around the world from which these items were looted, often during times of strife and unrest,” said HSI New York Acting Special Agent in Charge Ricky J. Patel. “The outstanding collaboration between the Manhattan District Attorney’s Office and Homeland Security Investigations revealed the breadth of Steinhardt’s plundering and this collaborative effort has yielded the remarkable results announced today.”

According to documents filed in court, the criminal investigation into Steinhardt began in February 2017. While investigating the Bull’s Head stolen from Lebanon during the Lebanese Civil War, the D.A.’s Office determined Steinhardt had purchased the multi-million-dollar statue then subsequently loaned it to the Metropolitan Museum of Art. Months after seizing the piece, the D.A.’s Office announced the formation of its Antiquities Trafficking Unit with the repatriation of the Bull’s Head and the Calf Bearer, a second multi-million-dollar marble statute seized from Steinhardt, to the Lebanese Republic in December 2017.

In the process of uncovering the Lebanese statues, the D.A.’s Office learned that Steinhardt possessed additional looted antiquities at his apartment and office, and, soon after, initiated a grand jury criminal investigation into his acquisition, possession, and sale of more than 1,000 antiquities since at least 1987. As part of this inquiry into criminal conduct by Steinhardt, the D.A.’s Office executed 17 judicially-ordered search warrants and conducted joint investigations with law-enforcement authorities in 11 countries: Bulgaria, Egypt, Greece, Iraq, Israel, Italy, Jordan, Lebanon, Libya, Syria, and Turkey.

Of Steinhardt’s acquisitions, the D.A.’s Office developed compelling evidence that 180 were stolen from their country of origin. In addition to their universal lack of provenance, the pieces exhibited numerous other evidentiary indicators of looting. Prior to Steinhardt’s purchase, 171 of the 180 seized antiquities first surfaced in the possession of individuals who law-enforcement authorities later determined to be antiquities traffickers—some of whom have been convicted of antiquities trafficking; 101 first appeared dirty (or unrestored) in photographs; and 100 appeared covered in dirt or encrustations prior to Steinhardt’s purchase. Many of the seized antiquities were trafficked following civil unrest or looting.

Among the pieces surrendered in this agreement:

-The Stag’s Head Rhyton, depicting a finely wrought stag’s head in the form of a ceremonial vessel for libations, purchased from The Merrin Gallery for $2.6 million in November 1991. The item, which dates to 400 B.C.E., first appeared without provenance on the international art market after rampant looting in Milas, Turkey. In March 1993, STEINHARDT loaned the Stag’s Head Rhyton to the Met, where it remained until the D.A.’s Office applied for and received a warrant to seize it. Today, the Stag’s Head Rhyton is valued at $3.5 million.

-The Larnax, a small chest for human remains from Greek Island of Crete that dates between 1400-1200 B.C.E., purchased from known antiquities trafficker Eugene Alexander via Seychelles-headquartered FAM Services for $575,000 in October 2016. Alexander instructed Steinhardt to pay FAM Services via SATABANK, a Malta-based financial institution later suspended for money laundering. While complaining about a subpoena requesting provenance documentation for a different stolen antiquity, Steinhardt pointed to the Larnax and said to an investigator with A.T.U.: “You see this piece? There’s no provenance for it. If I see a piece and I like it, then I buy it.” Today, the Larnax is valued at $1 million.

-The Ercolano Fresco purchased from convicted antiquities trafficker Robert Hecht and his antiquities restorer Harry BÜRKI with no prior provenance for $650,000 in November 1995. Depicting an infant Hercules strangling a snake sent by Hera to slay him, the Ercolano Fresco dates to 50 C.E. and was looted in 1995 from a Roman villa in the ruins of Herculaneum, located near modern Naples in the shadow of Mount Vesuvius. It first appeared on the international art market on November 10, 1995 when Hecht’s business partner wrote Steinhardt regarding a “crate being delivered to you soon” with the artifact inside. Today, the Ercolano Fresco is valued at $1 million.

-The Gold Bowl looted from Nimrud, Iraq, and purchased from Svatoslav Konkin with no prior provenance for $150,000 in July 2020. Beginning in 2015, objects from Nimrud were trafficked when the Islamic State in Iraq and the Levant (ISIL) targeted cultural heritage from Nimrud, Hatra, and Khorsabad, particularly ancient objects made of gold or precious metal. The Gold Bowl, which is crafted from gold with a scalloped flower design, first surfaced on the international art market in October 2019, when a Customs and Border Patrol officer notified the D.A.’s Office that Konkin was on a flight from Hong Kong to Newark, New Jersey, hand-carrying the Gold Bowl for Steinhardt. Today, the Gold Bowl is valued at $200,000.

-Three Death Masks purchased from known antiquities trafficker GIL CHAYA with no provenance whatsoever for $400,000 in October 2007, less than a year after they surfaced on the international art market. The Death Masks (circa 6000 to 7000 B.C.E.) were crafted from stone and originated in the foothills of the Judean mountains, most likely in the Shephelah in Israel. They appear soil-encrusted and covered in dirt in photographs recovered by Israeli law-enforcement authorities. Today, the Death Masks are valued at $650,000.