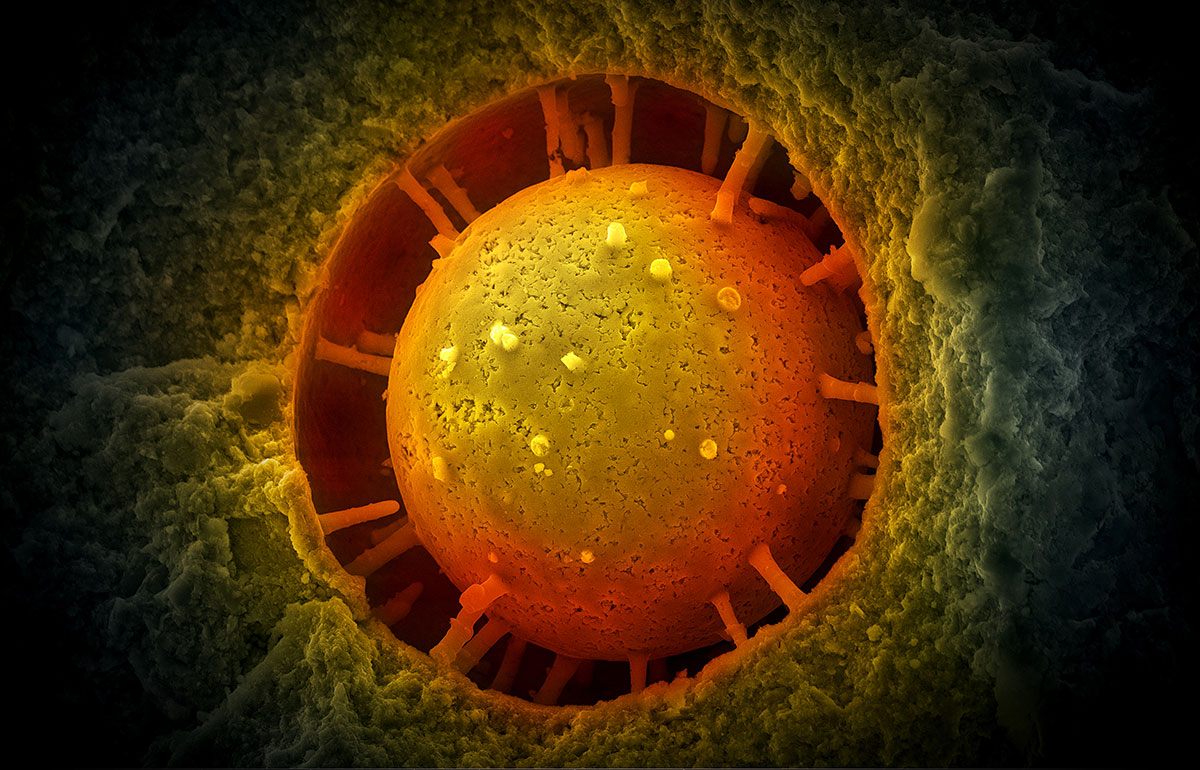 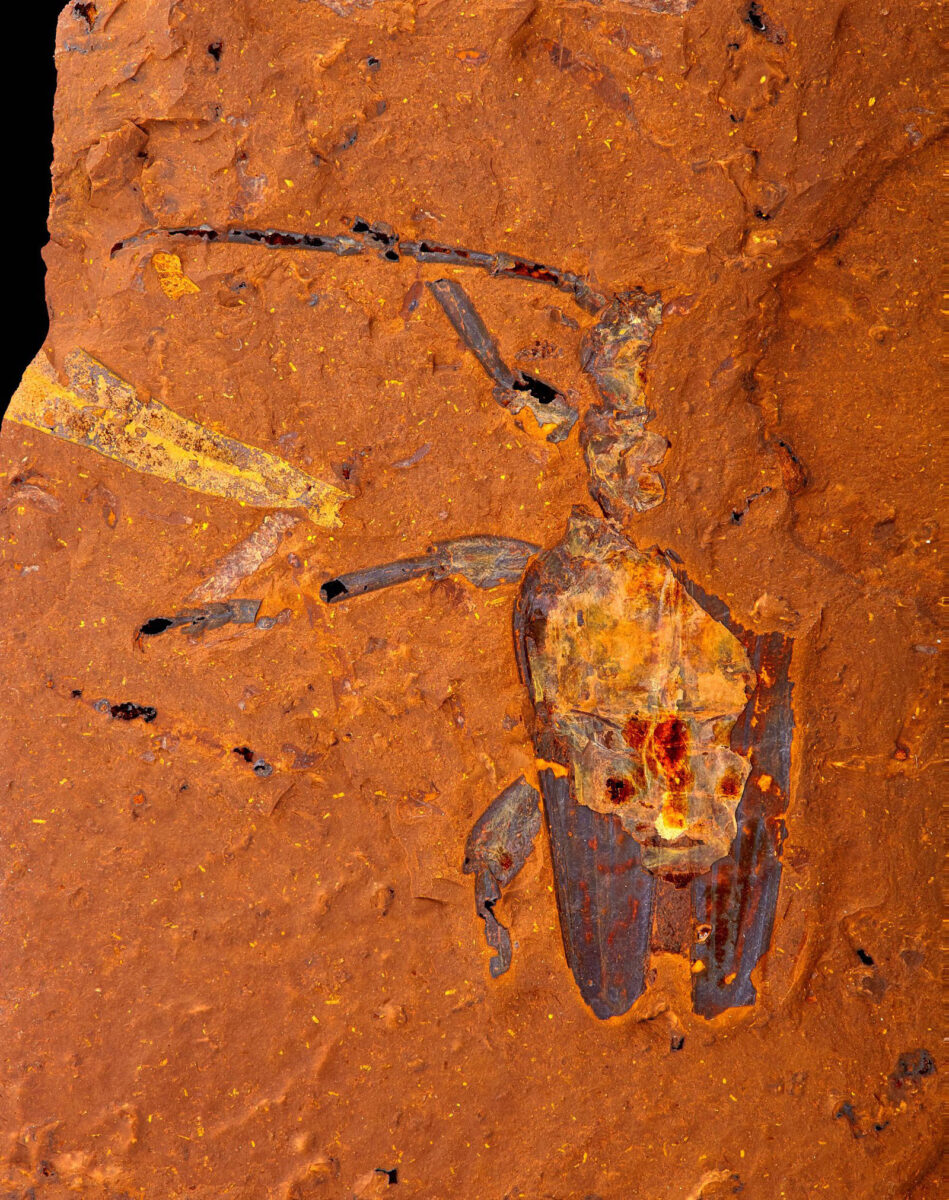 Life in the ‘dead’ heart of Australia: McGraths Flat, the new fossil site

Located in the Central Tablelands, NSW

A team of Australian and international scientists led by Australian Museum (AM) and University of New South Wales (UNSW) palaeontologist Dr Matthew McCurry and Dr Michael Frese of the University of Canberra have discovered and investigated an important new fossil site in New South Wales, Australia, containing superb examples of fossilised animals and plants from the Miocene epoch. The team’s findings were published earlier this month in Science Advances.

The new fossil site (named McGraths Flat), located in the Central Tablelands, NSW near the town of Gulgong, represents one of only a handful of fossil sites in Australia that can be classified as a ‘Lagerstätte’– a site that contains fossils of exceptional quality.

Over the last three years a team of researchers has been secretly excavating the site, discovering thousands of specimens including rainforest plants, insects, spiders, fish and a bird feather.

Dr McCurry said the fossils formed between 11 and 16 million years ago and are important for understanding the history of the Australian continent.

“The fossils we have found prove that the area was once a temperate, mesic rainforest and that life was rich and abundant here in the Central Tablelands, NSW,” McCurry said.

“Many of the fossils that we are finding are new to science and include trapdoor spiders, giant cicadas, wasps and a variety of fish,’ McCurry said.

“Until now it has been difficult to tell what these ancient ecosystems were like, but the level of preservation at this new fossil site means that even small fragile organisms like insects turned into well-preserved fossils,” McCurry said.

“The fossils also preserve evidence of interactions between species. For instance, we have fish stomach contents preserved in the fish, meaning that we can figure out what they were eating. We have also found examples of pollen preserved on the bodies of insects so we can tell which species were pollinating which plants,” Frese added.

“The discovery of melanosomes (subcellular organelles that store the melanin pigment) allows us to reconstruct the colour pattern of birds and fishes that once lived at McGraths Flat. Interestingly, the colour itself is not preserved, but by comparing the size, shape and stacking pattern of the melanosomes in our fossils with melanosomes in extant specimens, we can often reconstruct colour and/or colour patterns,” Frese explained.

The fossils were found within an iron-rich rock called ‘goethite’, – not usually thought of as a source of exceptional fossils.“ We think that the process that turned these organisms into fossils is key to why they are so well preserved. Our analyses suggest that the fossils formed when iron-rich groundwaters drained into a billabong, and that a precipitation of iron minerals encased organisms that were living in or fell into the water,” McCurry added.

Dr McCurry said that the fossilised plants and animals are similar to those found in rainforests of northern Australia, but that there were signs that the ecosystem at McGraths Flat was beginning to dry.

“The pollen we found in the sediment suggests that there might have been drier habitats surrounding the wetter rainforest, indicating a change to drier conditions,” McCurry said.

Executive Director, Science, Royal Botanic Gardens Victoria, Professor David Cantrill, said that the variety of fossils preserved, together with an extraordinary fidelity of preservation, allows for unprecedented insights into an important time in Australia’s past, a time when mesic ecosystems still dominated the continent.

“The McGraths Flat plant fossils give us a window into the vegetation and ecosystems of a warmer world, one that we are likely to experience in the future. The preservation of the plant fossils is unique and provides important insights into a time period for which the fossil record in Australia is rather poor,” Cantrill said.

Australian Museum Chief Scientist and director of the AM’s Research Institute, Professor Kristofer Helgen said that the fossil site brings to life a picture of outback Australia that we can now barely believe existed.

“Australia is the most unique continent biologically, and this site is extremely valuable in what it tells us about the evolutionary history of this part of the world. It provides further evidence of changing climates and helps fill the gaps in our knowledge of that time and region,” Helgen said.

“The AM has a rich history of expeditions and scientific research, and we love that the public is always fascinated by these fundamental human endeavours of exploration and discovery,” Helgen added.

Field work at McGraths Flat was funded through the generous donation from a descendant of Robert Etheridge, an English palaeontologist who came to Australia in 1866. Etheridge joined the Australian Museum in 1887 as Assistant Palaeontologist and in 1895 was made Curator of the Museum.

Australian Museum director and CEO, Kim McKay AO, said that under Etheridge the AM’s collections were greatly enhanced and that he also launched a program of expeditions – the first being to Lord Howe Island – which continues to this day.

“There has been a long tradition at the AM of significant, scientific discovery. It is great to see that this continues with Dr McCurry’s work, which is directly linked to our earlier palaeontologist, curator and director, Robert Etheridge,” McKay said.