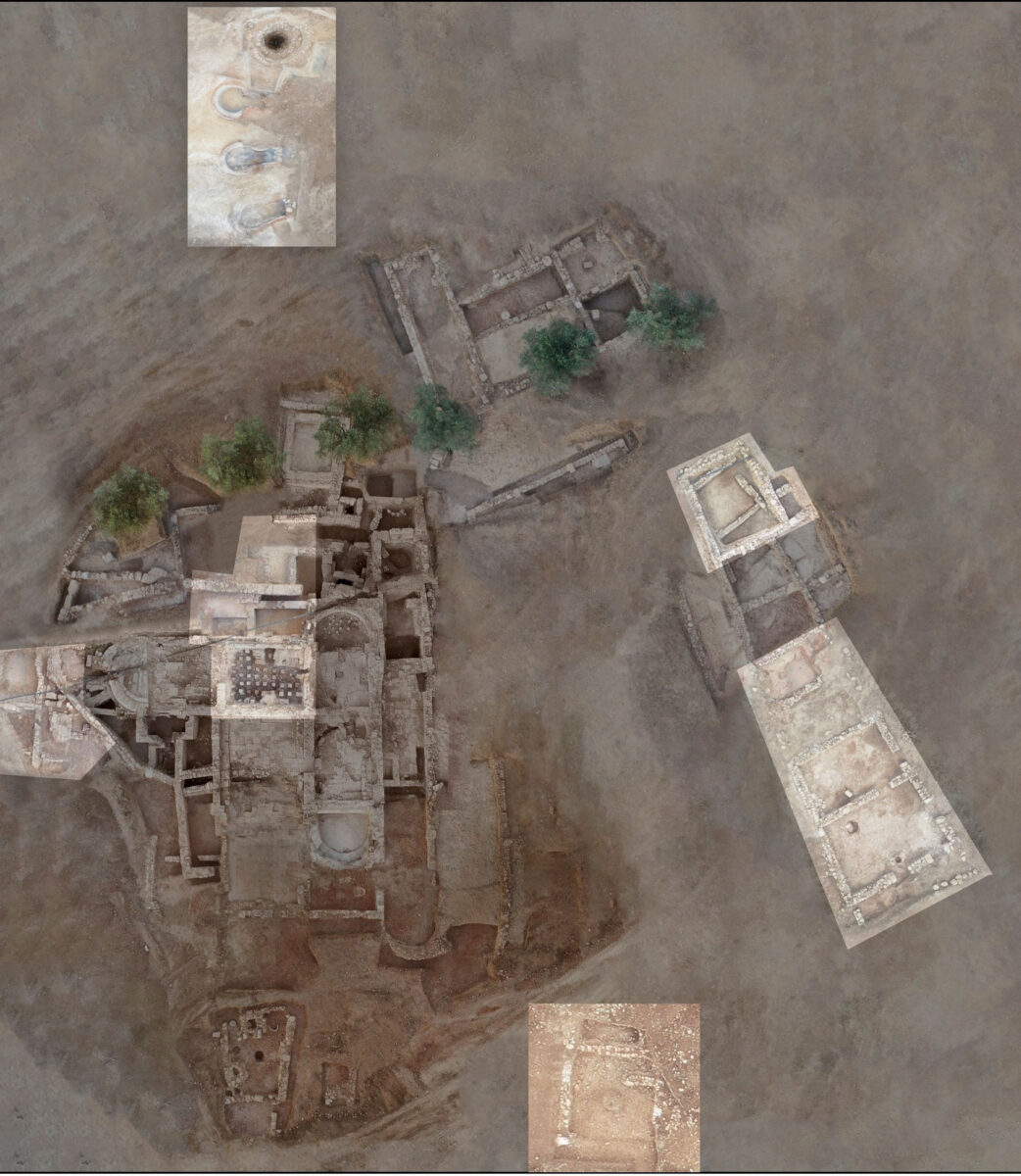 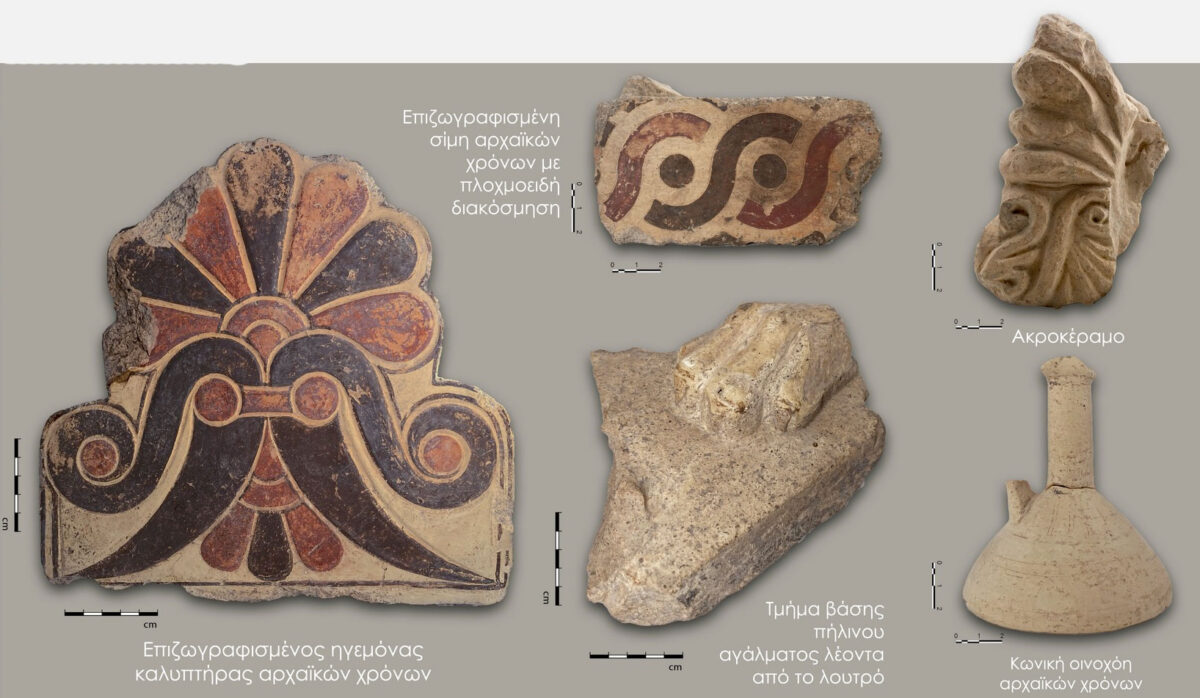 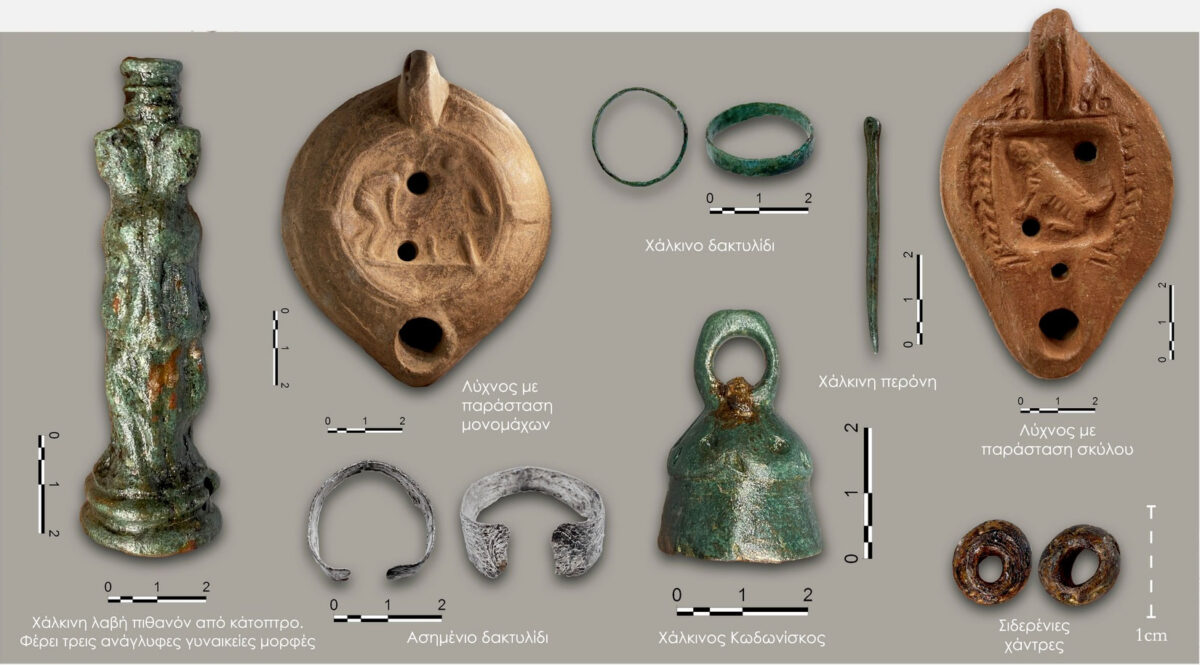 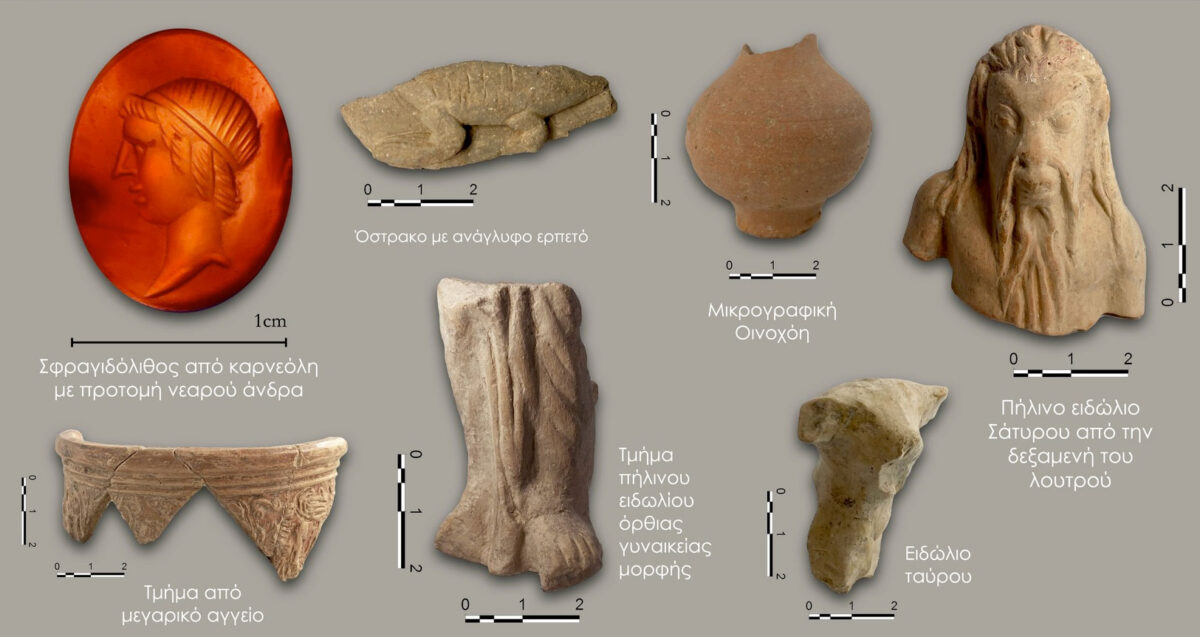 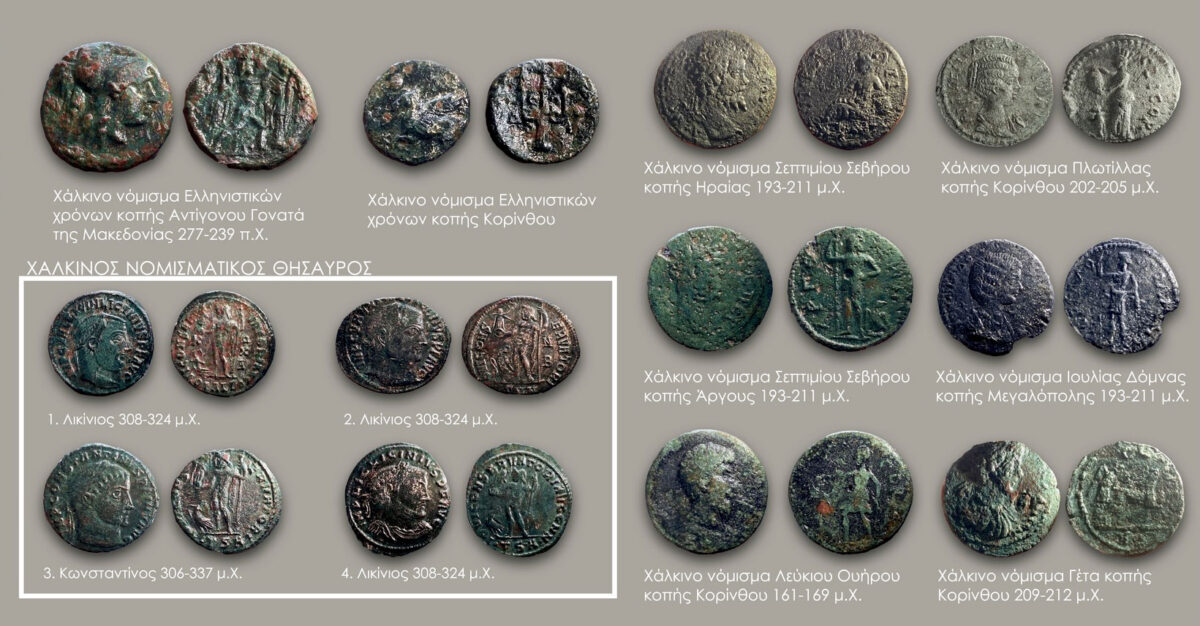 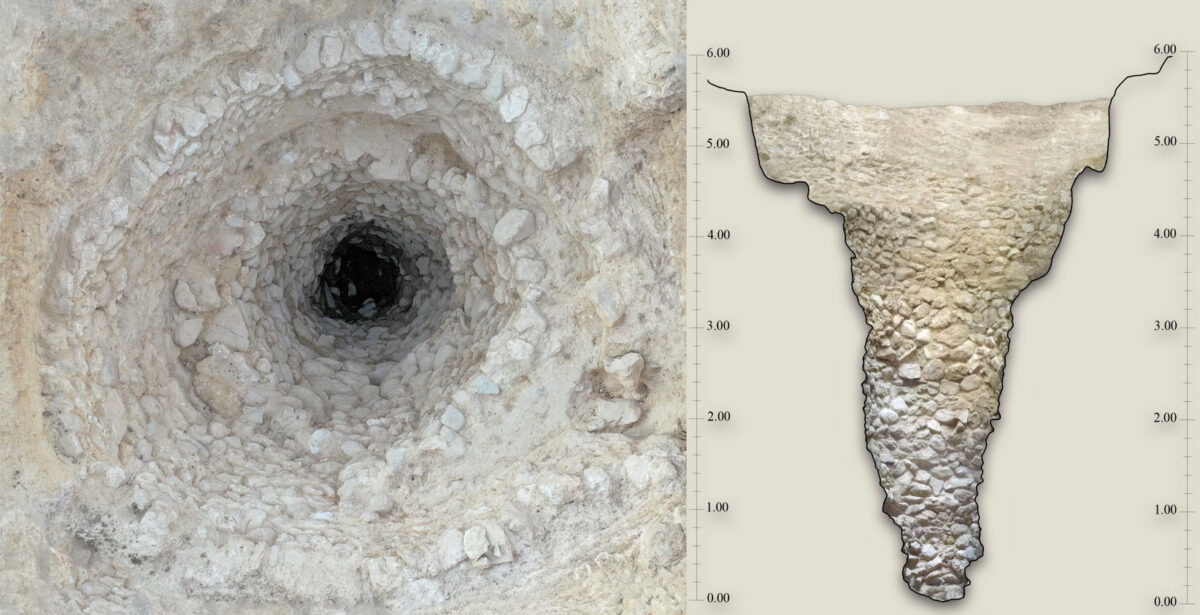 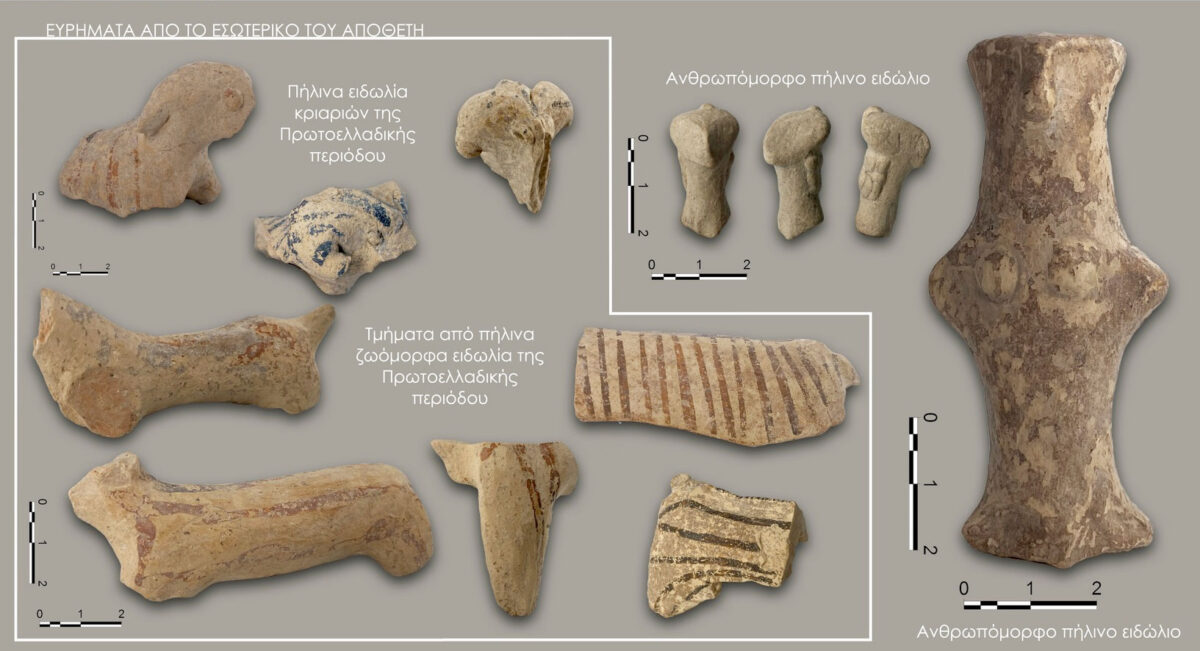 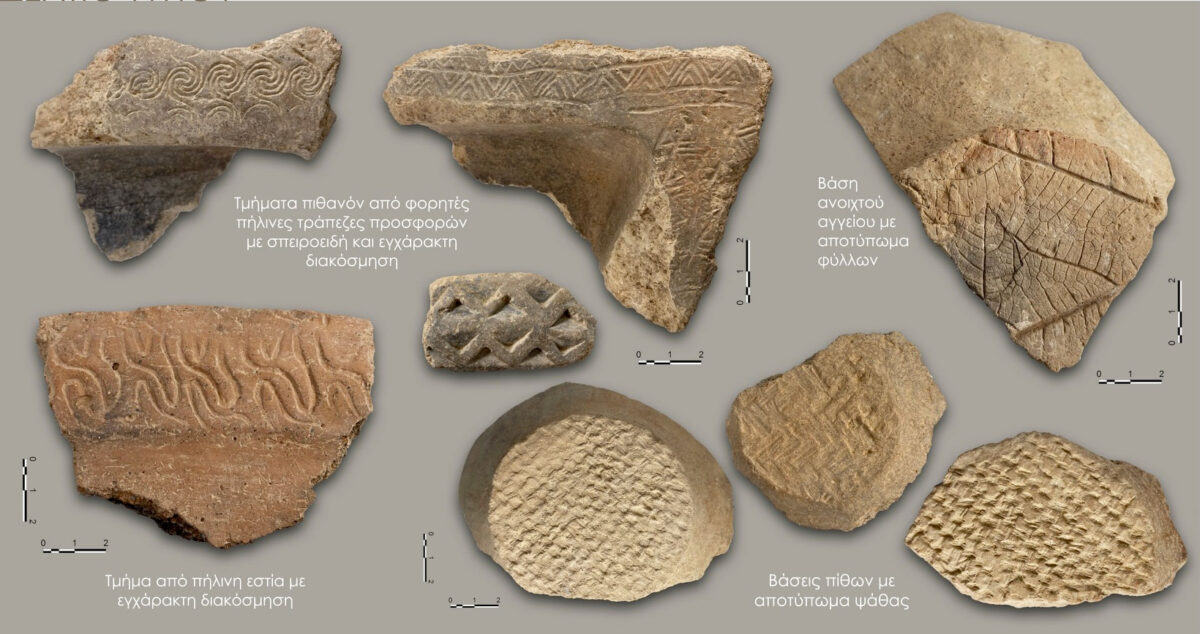 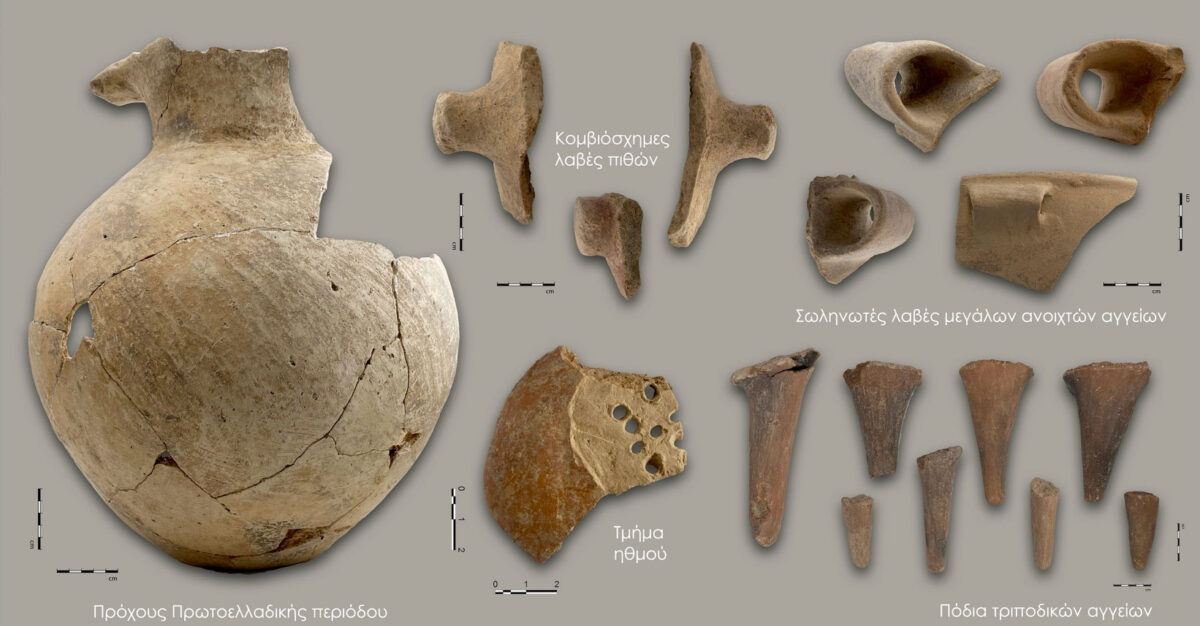 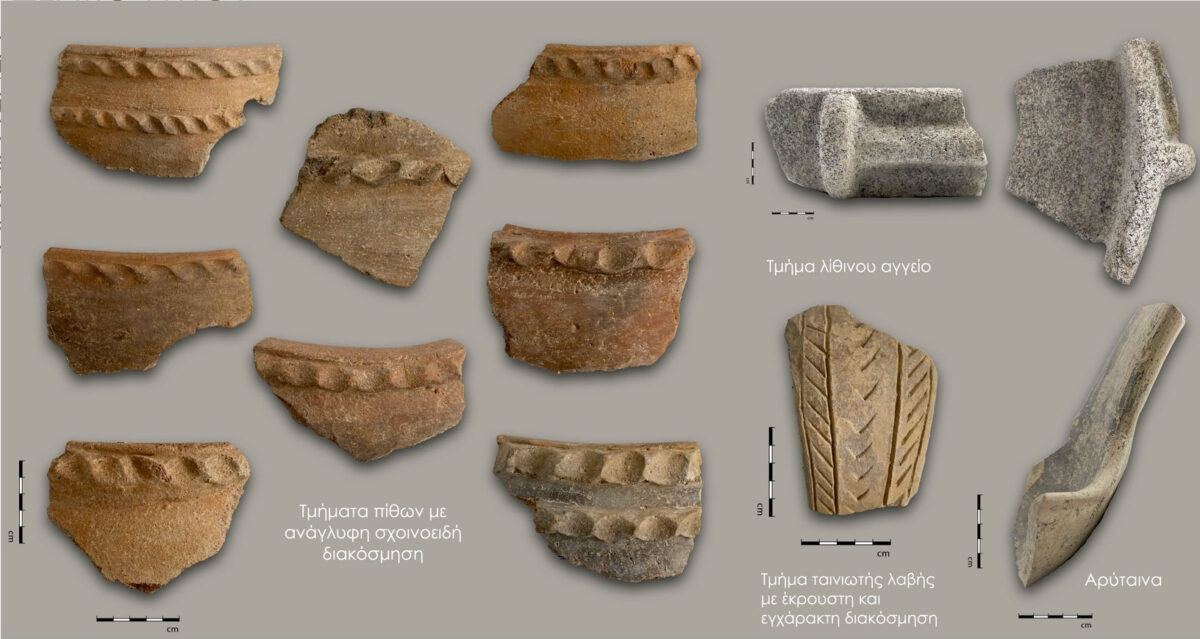 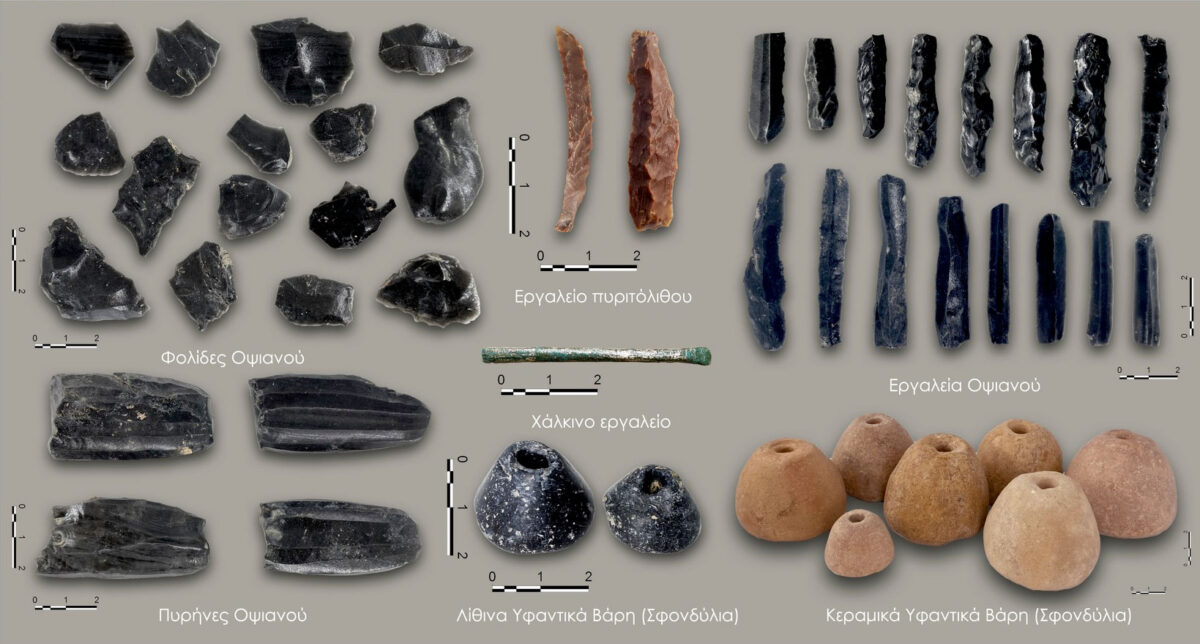 The excavation is being conducted under Dr Elena Korka

The works of this year’s systematic archaeological research at Chiliomodi, Corinth, were focused on the baths, as part of the “Ancient Tenea” research programme under archaeologist Dr. Elena Korka and with the Directorate of Prehistoric and Classical Antiquities as its implementing body. As mentioned in the relevant announcement by the Ministry of Culture, the findings document organized habitation in the Tenea region from the 3rd millennium. The quality, as well as the quantity of the findings suggest the existence of a well-organized settlement during this period, placing Tenea for the first time on the map of the early Helladic settlements of the northeastern Peloponnese.

The purpose of this year’s research was both to complete excavating the individual areas of the Roman bath (fig. 1), conducted in 2019 and 2020, and to also investigate a possible expansion of the places for trading activities first located in 2020.

The baths’ third praefurnium was excavated next, north of the thermal chambers, as were the spaces that served for the storage of wood for its operation. Among other finds from Roman times discovered inside these excavated sections, were fallen architectural members of the Archaic period, a hegemon roofing tile and a painted cornice with tendril like decoration (fig. 2), elements that probably come from a building of the same chronological period, thought to be situated in the vicinity of the monument and of which important architectural members have been located in previous excavation seasons.

The excavation of the main body of the bath was completed when work in the above sections came to an end. The approximately 800 sq.m. monument includes three thermal chambers (caldaria) ending with arches, providing small swimming pools (alvei) inside, underfloor and wall heating and three praefurnia, two rooms for cold and lukewarm bathing, one of which is a piscina frigida, changing rooms and foot baths, public toilets/“vespasians”, a three-part cistern for filtering water, a rainwater reservoir, a water tower and fuel storage areas. The public baths of Tenea seem to have been founded shortly before the middle of the 2nd c. AD subsequently followed by two new construction phases, one in the 4th c. and one in the 5th c. AD during which modifications, repairs and extensions took place.

Exploration of the trading activity areas continued to the east of the bath, with the digging of new sections. The areas were found to extend both north and south, creating building complexes bounded by roads and lanes. Specifically, six new rooms were located in a row, on a SW-NE axis, which seem to have been roofed. They had an average size of 7 by 5m with partitions and door openings. The excavation of the above spaces helped significantly in the mapping of the city’s urban fabric, which is constantly being shaped with greater clarity.

Items of commercial activity were found inside such as ceramic pieces of vessels for usage, glass and ceramic vases for cosmetics, garment pins, oil lamps and more (fig. 3), pits for product storage and 179 coins dating from the end of the 2nd c. to the middle of the 6th c. AD (fig. 5). Continued excavation in the chamber where the horde of 30 gold coins of Emperors Marcian, Justin I and Justinian was found in 2020, yielded more than 120 new coins, raising the total number of coins to 202, which indicates the intense economic activity taking place at the specific site. An earlier building of the late Hellenistic period with a N/S direction was unearthed in the same room, at a lower depth. The building seems to also extend beyond the boundaries of the excavated site and will be further investigated in the next excavation period. In addition, two new buildings were excavated further north and further south of the above trading areas, similar to them in typology and on the same axis, indicating that the city had expanded in both directions. Standing out among the findings of these specific places is a carnelian seal stone on which the bust of a young man is depicted (fig. 4).

Lastly, three lime kilns built like wells were discovered north of the bath. Piles of sandstone wedges were found inside and outside them. The ceramics in the kiln layer date mainly to Roman times, but this does not allow the exact dating of the structures to be clearly determined because the ground had been disturbed. Among other things, an entire conical wine vessel/oinochoe of the end of the 7th century BC was found and part of a clay statuette of a standing female figure of classical times (fig. 4). The burnt layer located at the site of the lime kilns extends to their north and measures 1.20 by 1.13m. with a 0.30m thickness.

This year’s most important discovery, adding new data regarding habitation in the Tenea area, is the excavation of a built Prehistoric (Early Bronze Age) depositor. It was located at a distance of 45m north of the bath complex and at a depth of about 2m from the ground surface. The depositor’s inner walls are carefully and uniformly built of large crude stones and successive spiral shaped levels have been constructed on its upper part, probably for ascending and descending inside the structure. The shape of the depositor is elliptical, with axes measuring 3.30 by 3.10m and a depth of 6.80m under the covering layer. The depositor gradually narrows towards its bottom, with its axes measuring 0, 60 by 0.45m and having an internal height of 4.80m (fig. 6).

The findings from the covering layer and the inside of the depositor are particularly important. Standing out among them are ram statuettes (fig. 7), the bases of storage vessels with a wickerwork imprint and a base with an imprint of leaves (fig. 8), pieces of ceramic hearths with engraved decoration (fig. 8), parts of what may be portable ceramic tables for religious offerings with spiral and engraved decoration (fig. 8), legs of tripod vessels and prochous vases (fig. 9), numerous fragments of open vessels, phiale vases with black and red coating, phiale vases with legs and ones with an annular or flat base, handles from jars and  large open vessels (fig. 9), handles with carved and engraved decoration and parts of pithos jars with embossed rope decoration (fig. 10). In addition, parts of sauce bowls , ladles, plates and a section of a stone utensil came to light (fig. 10). Another important find was a large number of loom weights as well as obsidian cores and flakes and polished tools (fig. 11).

The programme headed by Dr. E. Korka, is supported by an interdisciplinary team of archaeologists led by Ms P. Evangeloglou, archaeologist from the Antiquities Ephorate of Corinth, numismatists led by Dr. K. Lagos, anthropologists led by associate professor of the Democritus University of Thrace Dr A. Papageorgopoulou, surveyors headed by professor of agronomy and surveyor engineer of the NTUA A. Georgopoulos and geologists led by professor of the AUTh Gr. Tsokas. As part of the above collaborations, modern methods were applied such as photogrammetric imaging, the three-dimensional display of spaces, objects and anthropological material, as well as geophysical surveys. For yet another year, students from Greek Universities participated with the following heads of departments: archaeologists P. Vlachos, M. Ioannou, P. Panailidis, M. Syrrou, I. Christidis, K. Psycha, architects D. Bartzi and A. Antoniou, surveyors A. Anastasiou, E. Koutros, E. Syrokou and conservator V.Paparidou.

The excavation team wishes to thank the Region of the Peloponnese, the Municipality of Corinth, the Chr. Tsaousis company and MYTILINEOS for bringing about the programme’s realization. Likewise, the “Friends of Ancient Tenea” association and the people of Chiliomodi who supported the project, as well as Messrs. Taki, Tagara, Bitziou, Hasikidi, Giannopoulos and Mezini, who allowed access to their plots of land for the research, and Manousos and Maria Manousaki, Thomas Athanasakos and Panagiota Vourvopoulou for offering their hospitality to the department heads, the collaborators and researchers. The team also would like to thank both the Directorate of Prehistoric and Classical Antiquities and the Ephorate of Antiquities of Corinth as well as the Directorate for the Preservation of Ancient and Modern Monuments, the Ephorate of the City of Athens and the Numismatic Museum for their support.