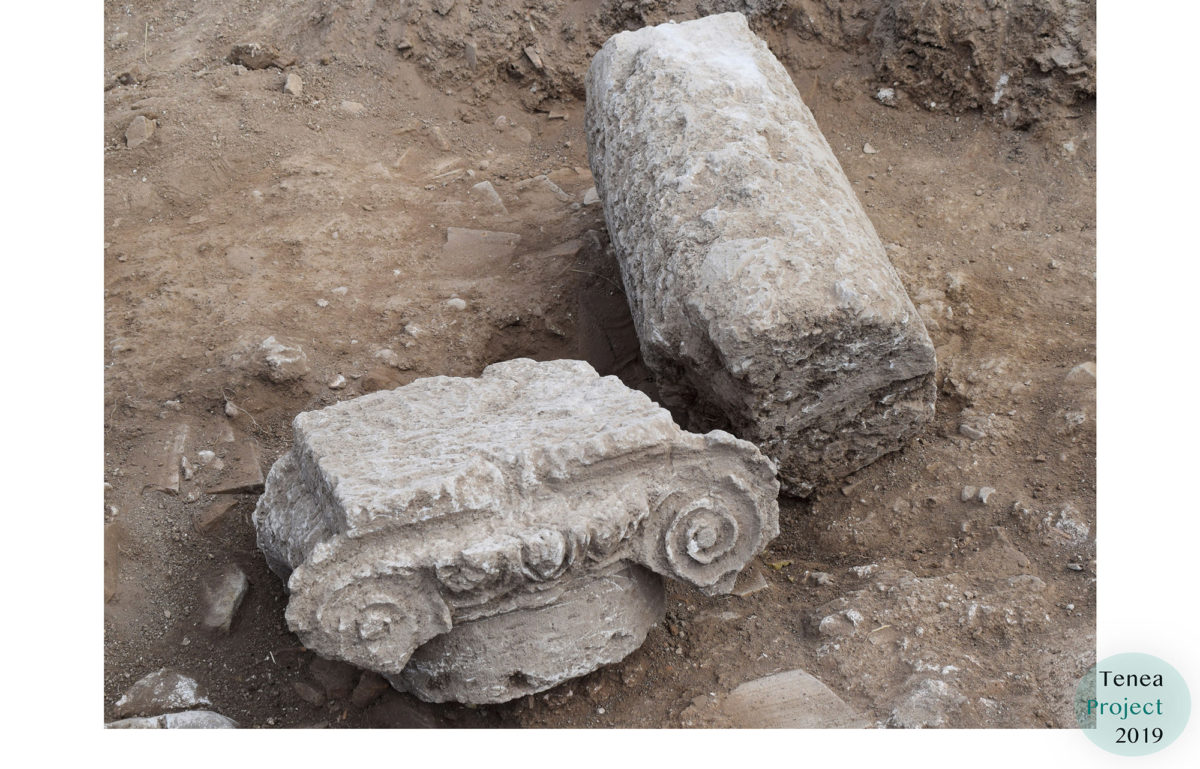 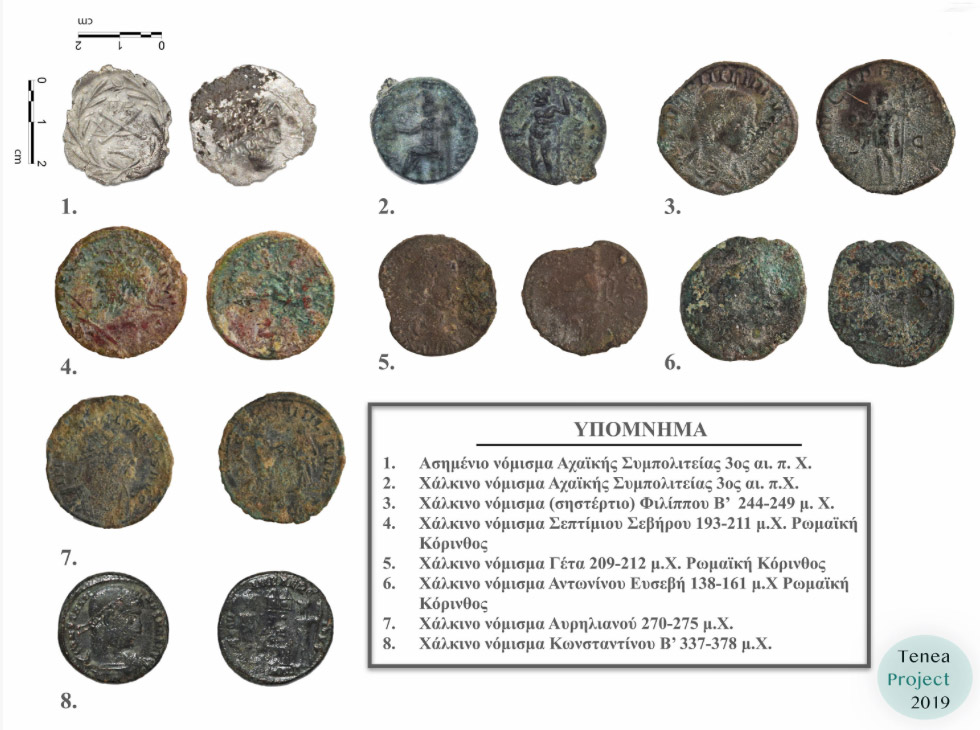 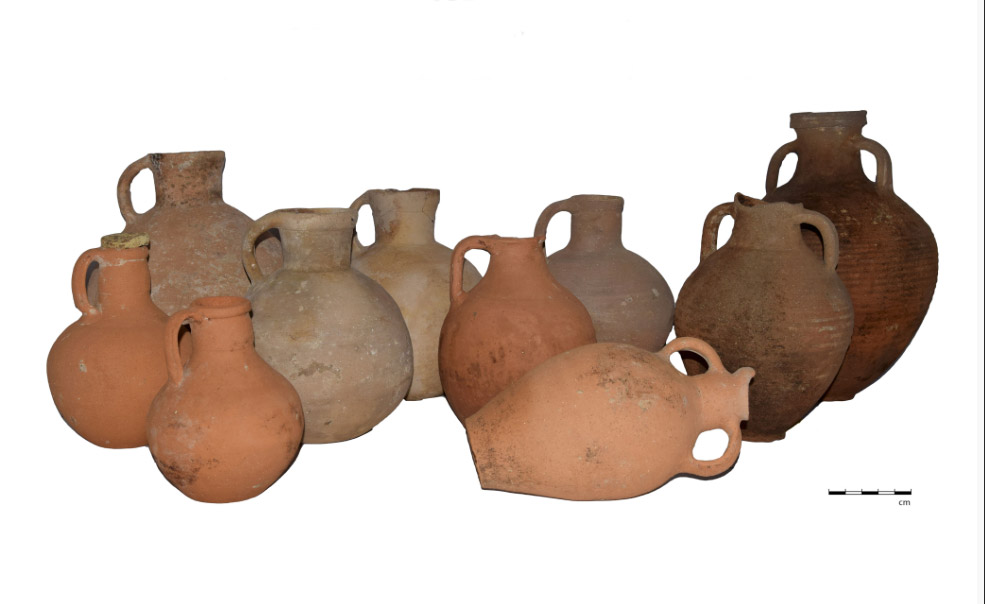 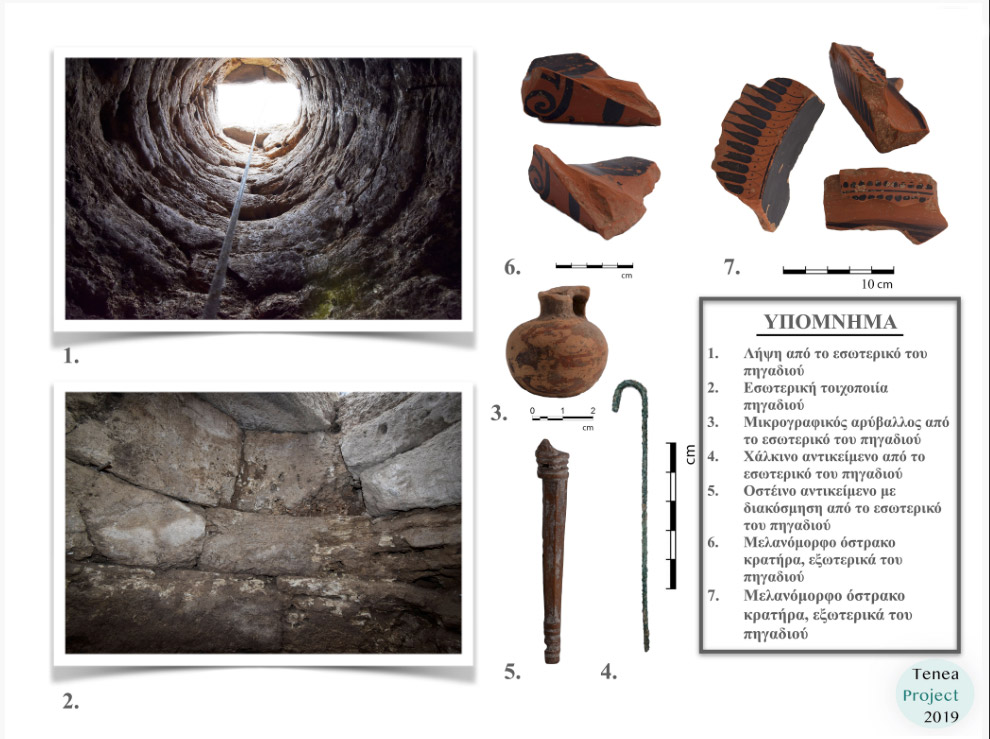 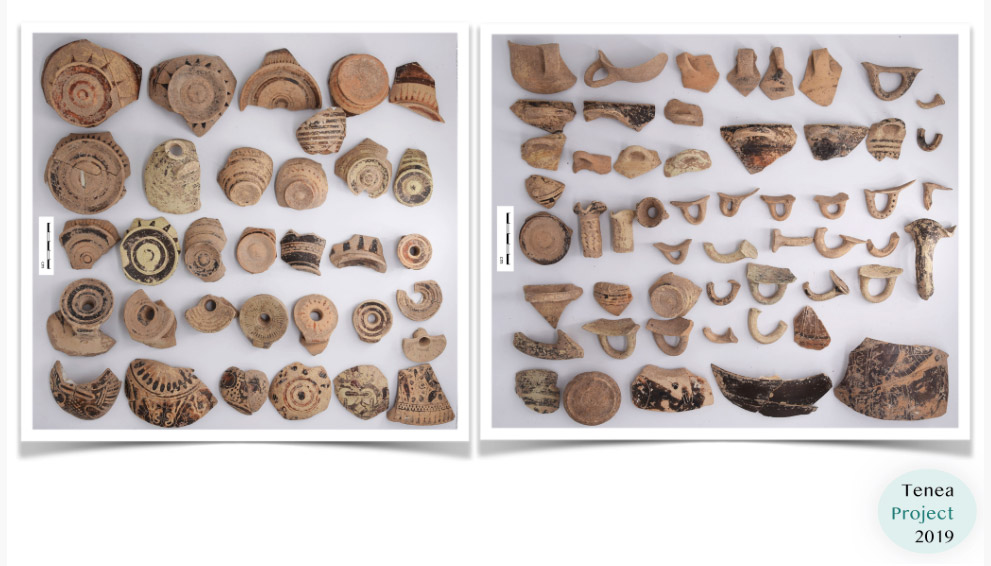 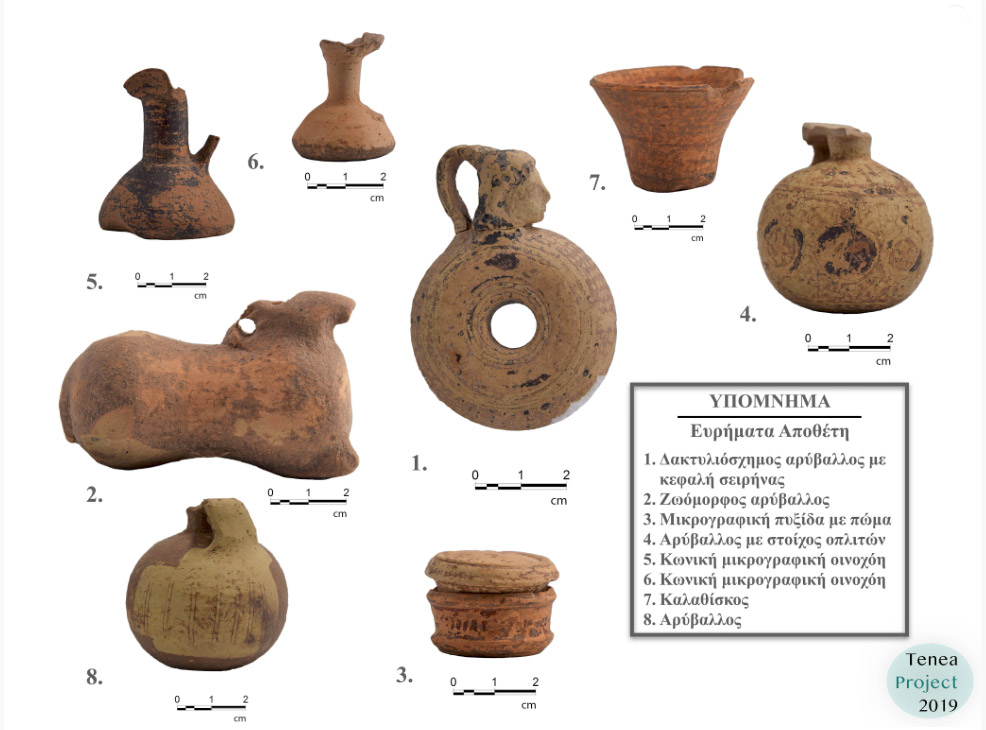 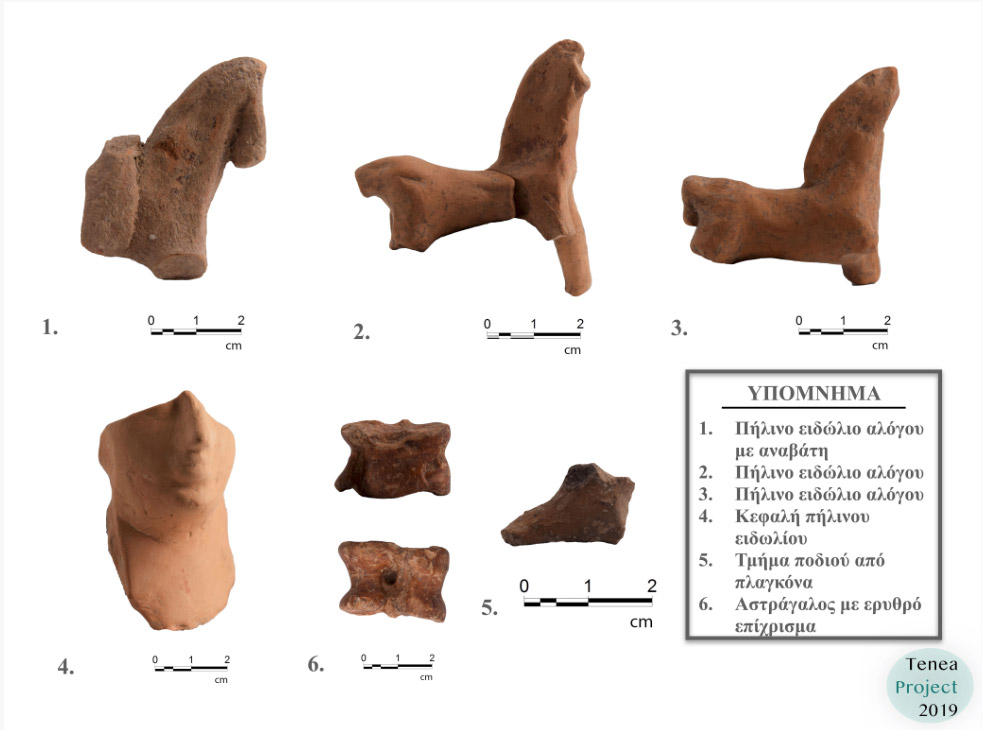 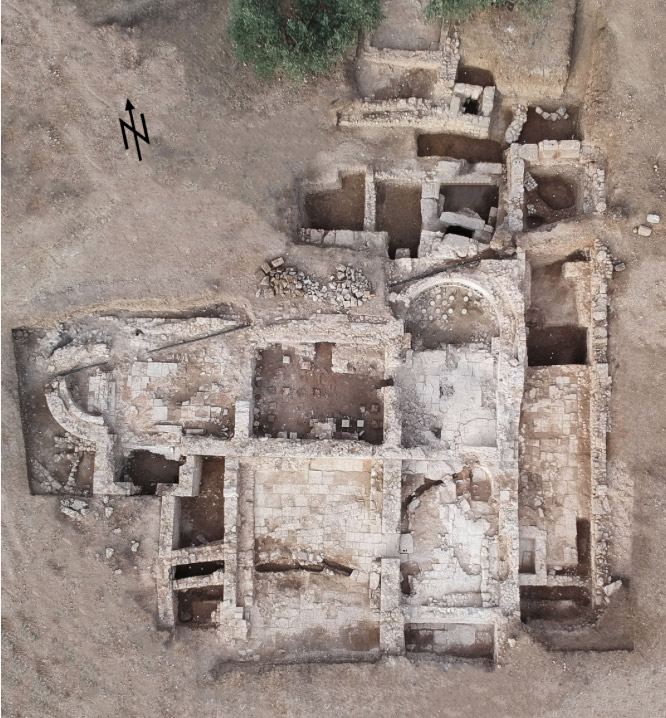 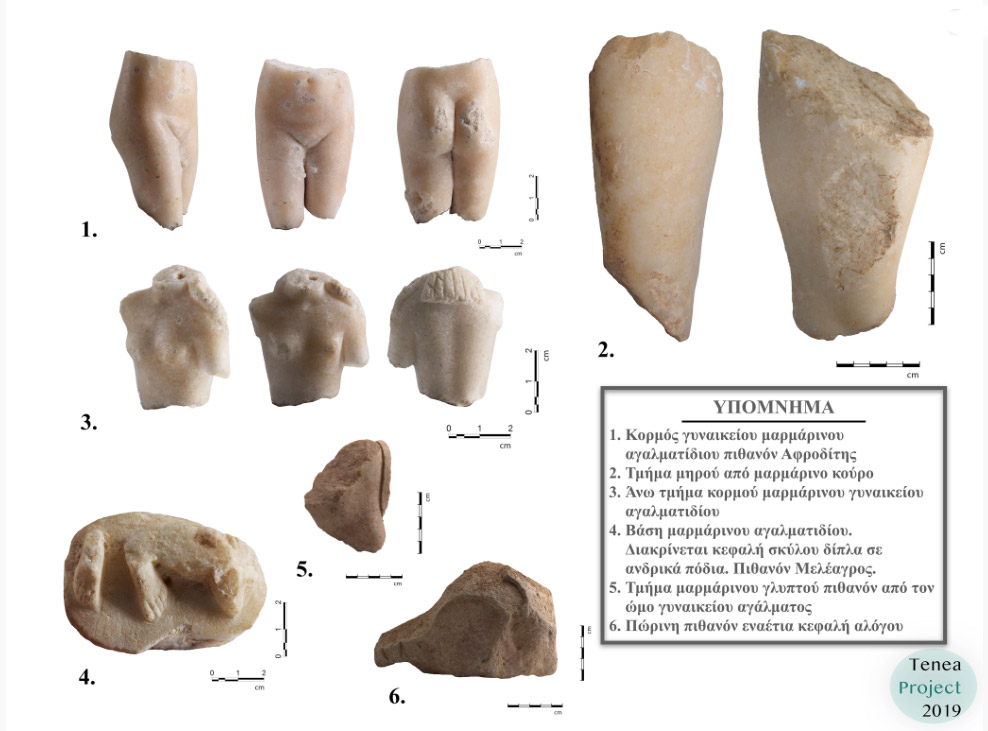 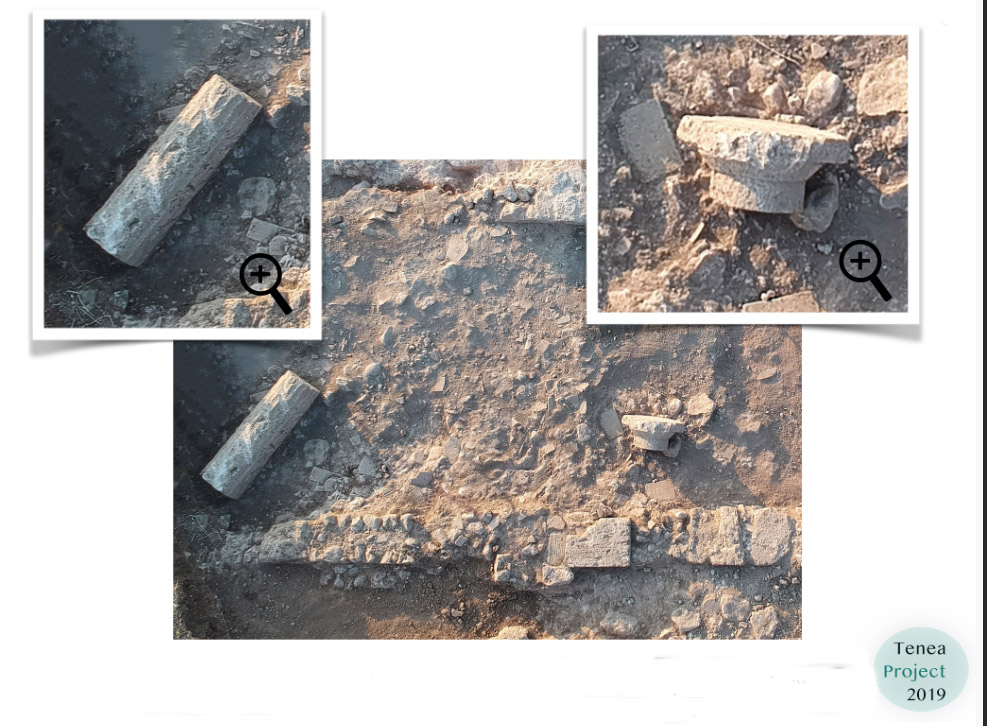 Systematic excavations at Chiliomodi in Corinth

Part of the “Ancient Tenea” research project were the 2019 excavations at Chiliomodi in Corinth that uncovered a section of the city’s central web with public buildings occupying an area of 600 sq.m. According to an announcement by the Ministry of Culture and Sports, part of a Roman public bath complex was excavated, as well as a section of a public building of worship from Archaic times.

This year’s archaeological remains were found to the west and a little distance from habitations excavated in 2018, offering important facts about the ancient city’s central public spaces. At the same time a large scale surface survey was conducted producing considerable new information on the region’s topography. Among the finds are silver and bronze coins of the Hellenistic period.

The baths have a North-South orientation. Seven of their spaces covering an area of 500 sq.m. were investigated this year: These are only a part of the entire bathing facilities which appear to extend south and west of the excavated site.

Specifically, in the northern part of the excavated site, three chambers on an East–West axis were found, communicating with each other through door openings and have been identified as hot baths (caldarium). The heating system under the floor (hypocaustum) has been preserved in all of them, with both circular and square cross sections and a gallery has been found for their, the hypocausts, equipment and maintenance (the praefurnium). In addition, clay air ducts surround their walls on the inside. Most of the spaces have preserved their raised floor with ceramic tiles that bear red decorations in several places. Finally, in two of the chambers, arches are formed with small raised walls on their inside, clad in marble. In general, fragments of mosaic and marble cladding were found all over the bath areas in the destruction layers, demonstrating the luxury of the complex, which had multiple construction phases.

Four chambers were located in the complex’s south excavated section. One of them has built in benches on its walls’ perimeter and a colonnade runs through it in an East -West direction. A fallen Ionic capital and a column were found on its floor. To the east, this chamber communicates with a second one which has baths, and this in turn communicates to the north with the caldarium and to the south with a swimming pool of which only one section was investigated this year. To the east a third room came to light, which includes a bath and extensive clay floor, extremely well preserved.  A lead pipe was found underneath the floor whose maker’s name is written on its surface. This chamber extends the whole length of the excavated bath complex on a North -South-axis. Inside it, located in a destruction layer was a fallen Doric capital and a fluted column. Finally, a place was found in the southwest part of the baths where a drainage pipe terminates that runs under the floors of the above chambers.

In the latter area, deposits were found of Hellenistic and Roman utilitarian pottery, the head of a clay figurine head, a number of fragments of glass perfume containers, and fragments of opus sectile tiles on plaster. During the excavation of the baths, 130 coins were found dating from Hellenistic to Late Roman times. Some of them belong to monetary treasures.

For the construction of the above facilities, architectural material was used from Archaic, Classical and Hellenistic times most probably taken from earlier monumental constructions dominating the area. This theory is supported by architectural elements such as columns, capitals, triglyphs, dentils, epistyles as well as ceramics from Hellenistic, Classical and Archaic times found in the excavated lower layers of the baths.

Located north of the bath, in direct contact with it and at a greater depth were Archaic facilities that include a well with an hexagonal mouth inside an area marked out by walls arranged in a Π shape. Found inside this space, on a layer of Archaic ceramics was part of the thigh of a marble Archaic statue made of Parian marble, part of the shoulder probably of a life size statue of a woman, as well as possibly a stone aerial horse’s head. Just east of the well a deposit was excavated inside which was found a pile of 6th century BC ceramics.

The finds are mainly miniature vases, three clay horse figurines, an aryballos vase in animal form, a ring shaped aryballos vase with a sculpted mouth depicting a siren, an astragalus painted red, two iron models of a table and more. Recovered from inside the well, excavated at a depth of 15 m, was a large amount of Archaic, Classical and Hellenistic architectural members, painted simas, the base of a marble statuette preserving a dog’s head and the legs of a male figure, possibly Meleagros, the nude marble torso of a female statue thought to be Aphrodite, over 60 amphorae and oinochoe jugs, pottery from Archaic to Late Roman times, Roman and Late Roman coins and the tip of an iron spear.

The above remains in situ combined with the movable finds recovered inside them allow us to speculate that these are sites of worship that very possibly make up part of a larger public complex from Archaic times which extends to spots yet to be thoroughly investigated.

The programme was supported by an interdisciplinary team of archaeologists, numismatists, anthropologists, topographers, architects and conservationists under archaeologist Dr Elena Korka, carried out by the Directorate General for Antiquities and Cultural Heritage of the Ministry of Culture and Sports supervised by archaeologist Ms P. Evangeloglou from the Ephorate of Antiquities of Corinth. For yet another year students from Greek and foreign universities were involved, working and learning as part of their research work. At the same time, educational programmes were conducted for high school students as were guided tours for adults.