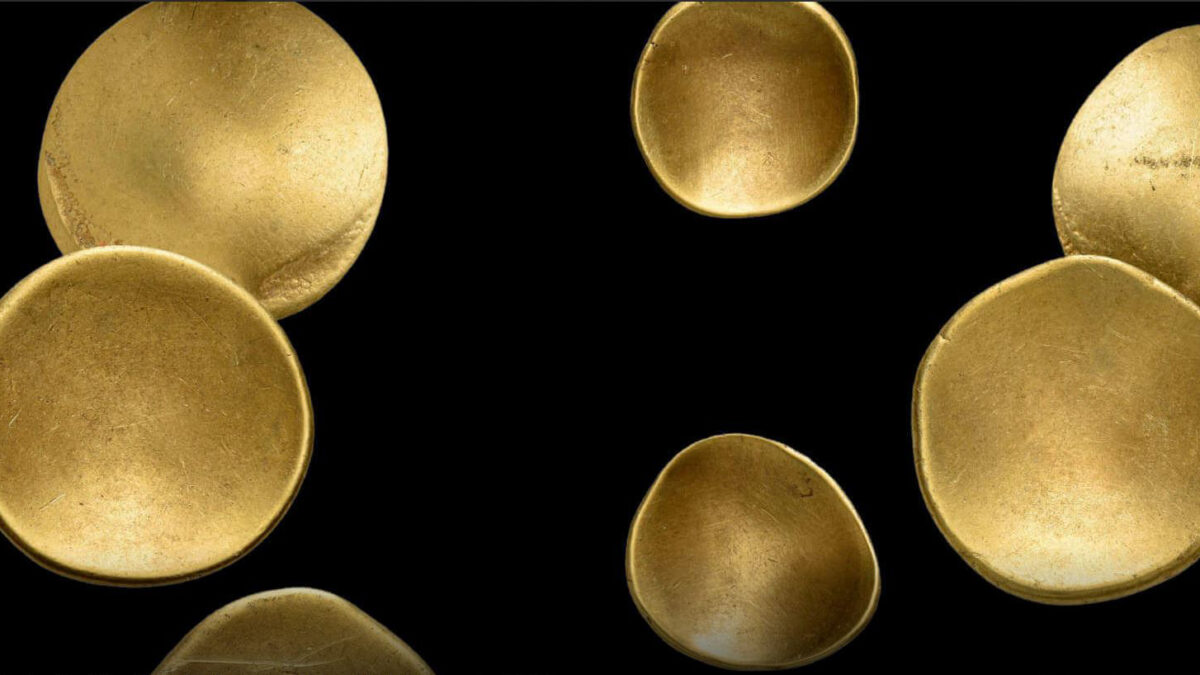 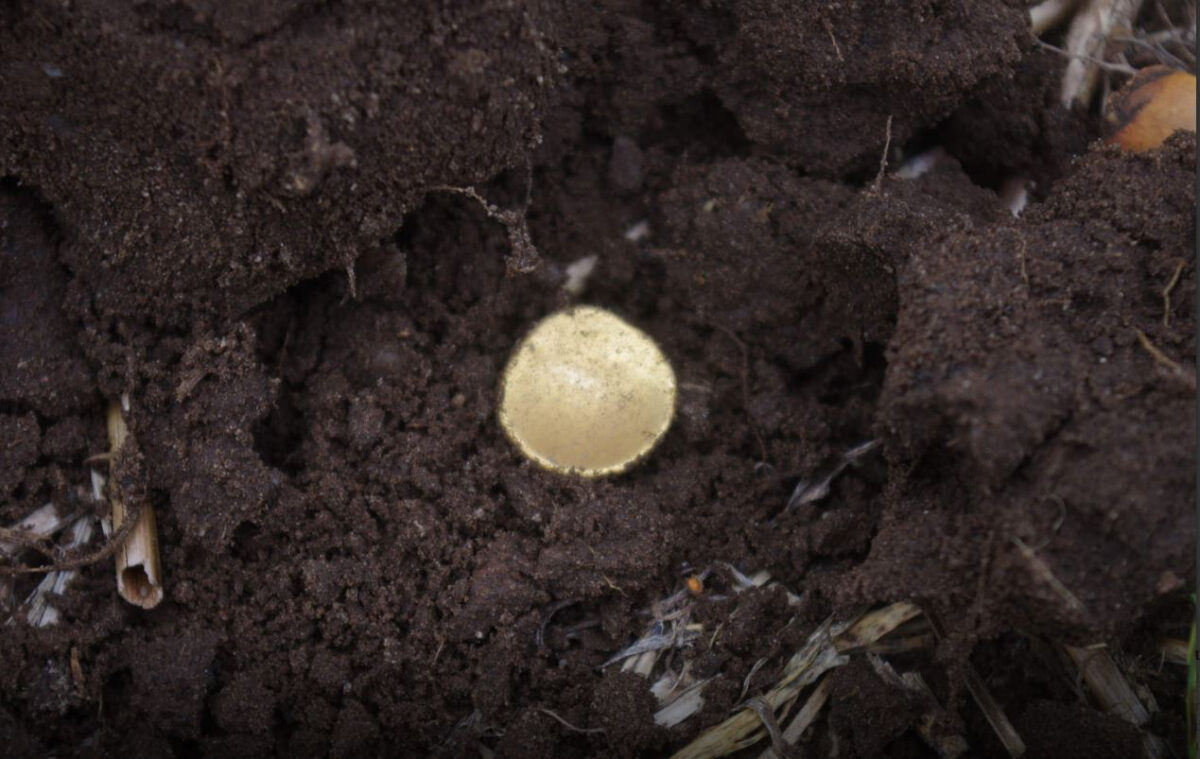 The Minister of Culture said: “Celtic gold has never been found in Brandenburg before. The 41 gold coins which have now been discovered are a sensation and an irreplaceable source of information”.

The hoard was uncovered by volunteer archaeologist Wolfgang Herkt near the village of Baitz in Potsdam-Mittelmark, Brandenburg. To be precise, it was located within a settlement of the early Germanic Jastorf culture. The coins are of Celtic origin. But the Celts never lived in Brandenburg and the 41 gold coins are well over 2,000 years old. Thus, the discovery sheds light on the far-reaching networks of early Europe, in particular the network of the Jastorf culture.

The coins consist mainly of gold, also silver and some copper. They are “rainbow cups”, a term for Celtic gold and silver coins found in areas once dominated by the La Tène culture (c. 5th century BCE – 1st century BCE in central Europe). They are curved like a bowl and marked with various symbols and patterns.

The numismatist Marjanki Pilekic pointed out that it is not only the second largest hoard of smooth rainbow cups of this type ever found but the location of the find is also far away from the Celtic settlement areas, which means that there are some challenges regarding the interpretation of the find.

The hoard will be displayed in the Archaeological State Museum of Brandenburg.