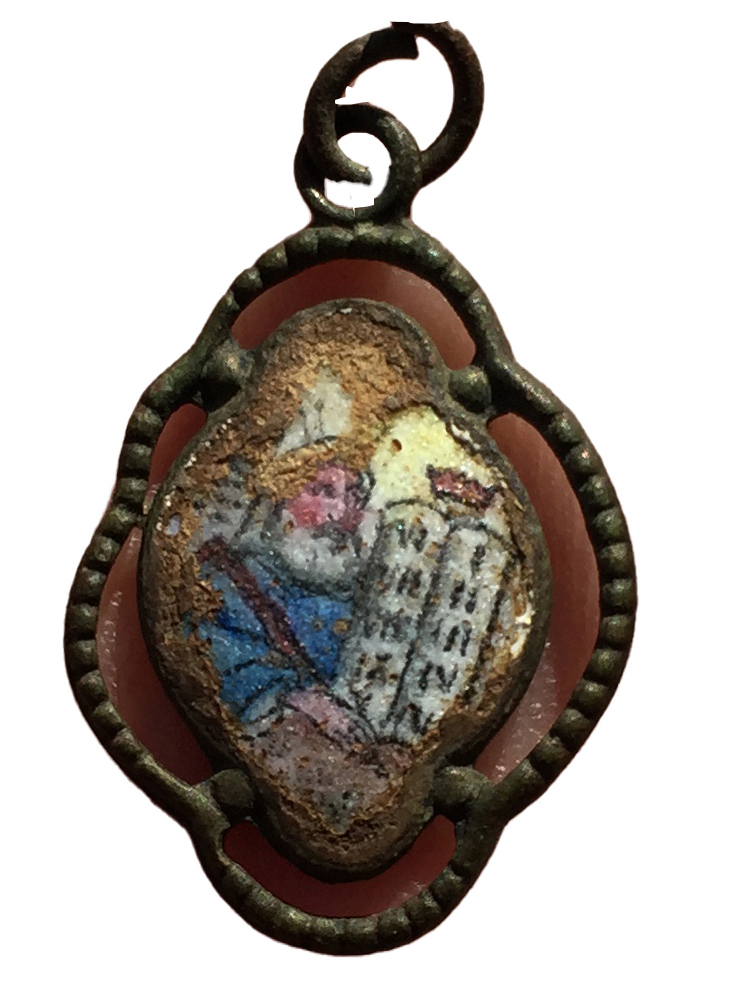 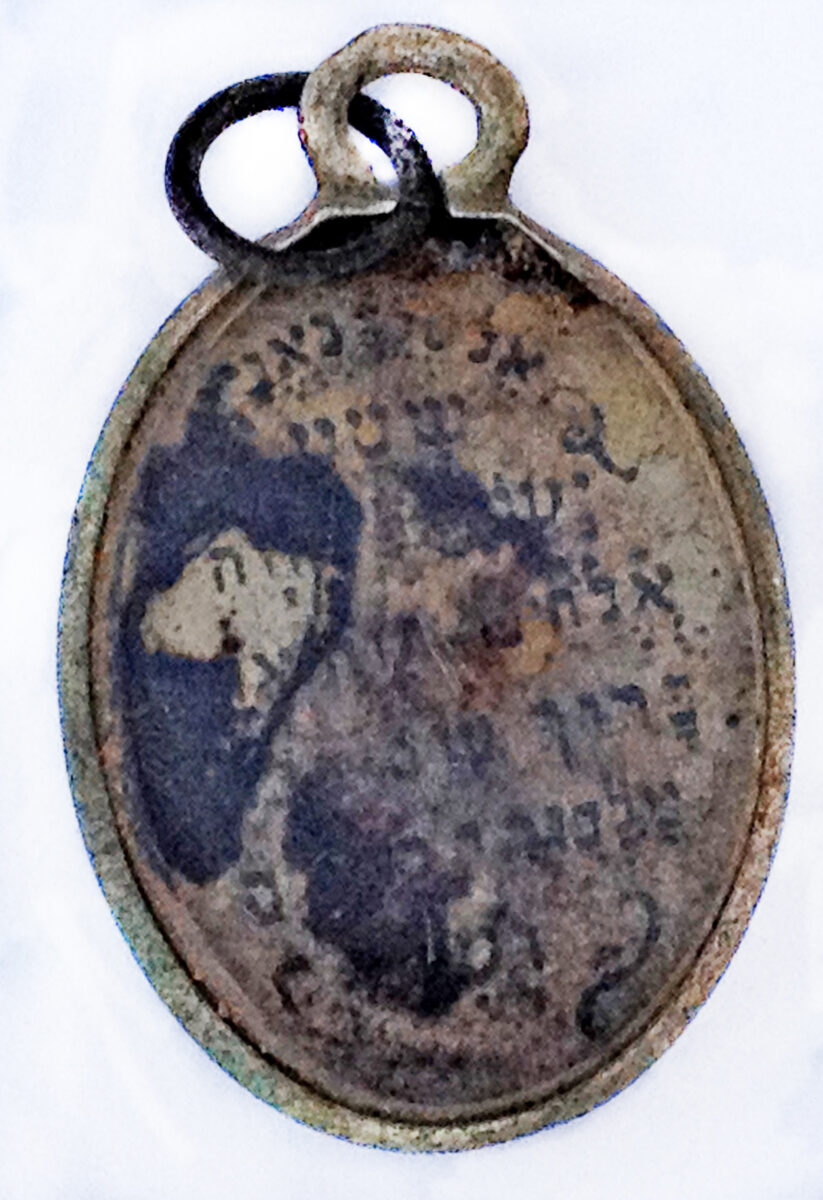 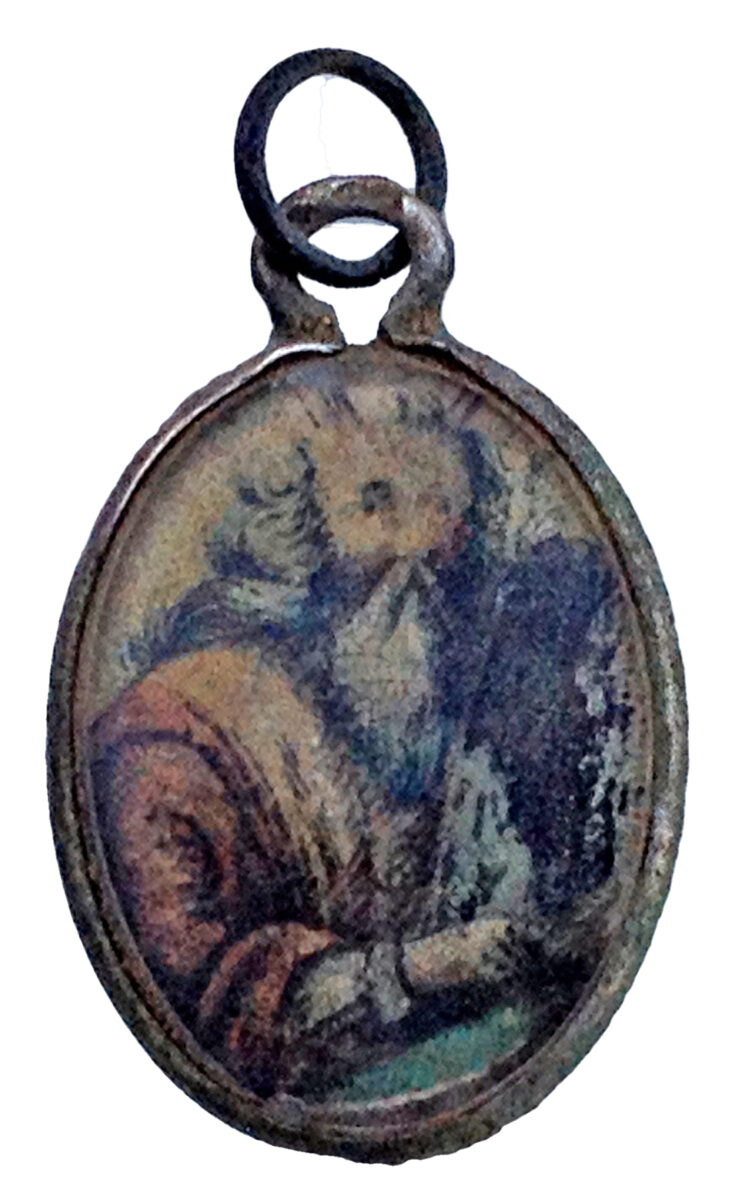 The pendants were uncovered in areas where victims were forced to undress before being herded into the gas chambers and near one of the mass graves.

Over the past decade, archaeological excavations in the Sobibor extermination camp have uncovered three pendants bearing depictions of Moses and the tablets of the Law opposite the Hebrew prayer “Shema Yisrael” (“Hear O Israel”). The excavations were directed by Wojciech Mazurek from Poland, Yoram Haimi from the Israel Antiquities Authority and Ivar Schute from Holland, who were assisted by local residents.

The metal pendants are different from one another and they were inscribed by hand. Over the past year, researchers have identified their origin in Eastern Europe: from Lviv in Ukraine, and from Poland and Czechoslovakia.

According to archaeologist Yoram Haimi of the Israel Antiquities Authority, “Little is known about the stories behind the pendants, which are heartbreaking. It has been possible to identify a kind of tradition or fashion among the Jewish communities of Eastern Europe with pendants that were inscribed with “Shema Yisrael” on one side and a depiction of Moses and the tablets of the Law on the opposite side. But were they distributed in synagogues by local Jewish communities or possibly produced for individual orders? Research of the pendants is on-going and we invite the public to provide us with details concerning them.”

One of the three pendants was discovered in the archaeological excavations in the remains of the building where victims were undressed before being led to the gas chambers: over the floor of the building were scattered dozens of women’s hairpins and jewelry and also a pendant. Another pendant, on which Latin numbers were inscribed on the tablets of the Law, was uncovered in the area where victims were undressed in Camp II. A third pendant, on which only the side with the inscribed prayer survived, was discovered next to a mass grave.

Eli Eskozido, Director of the Israel Antiquities Authority: “The personal and human aspect of the discovery of these pendants is chilling. They represent a thread running between generations of Jews – actually a thick thread, thousands of years old, of prayer and faith. This moving discovery reminds us once again of the importance of settlement in our land and our obligation to reveal the past, to know it and to learn from it. I congratulate IAA archaeologist Yoram Haimi for his initiative in excavating the extermination camp and making the Holocaust tangible in the face of hatred and Holocaust denial.”