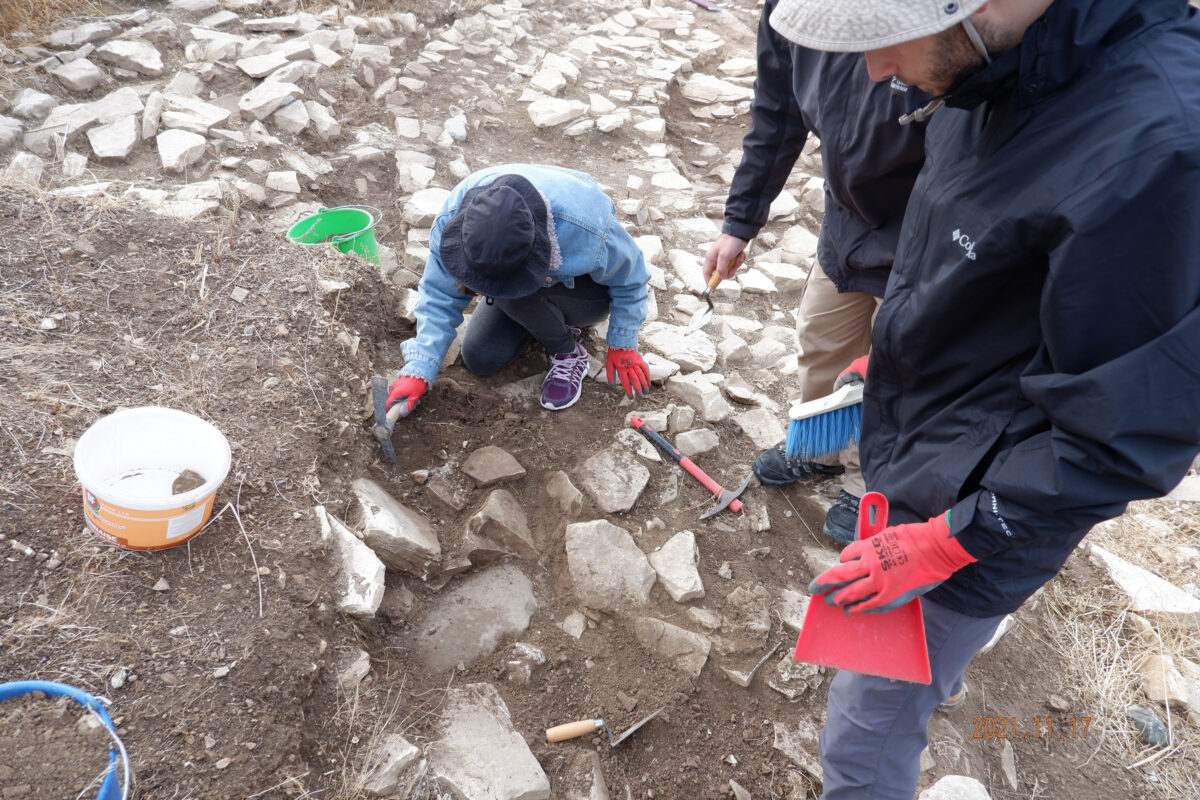 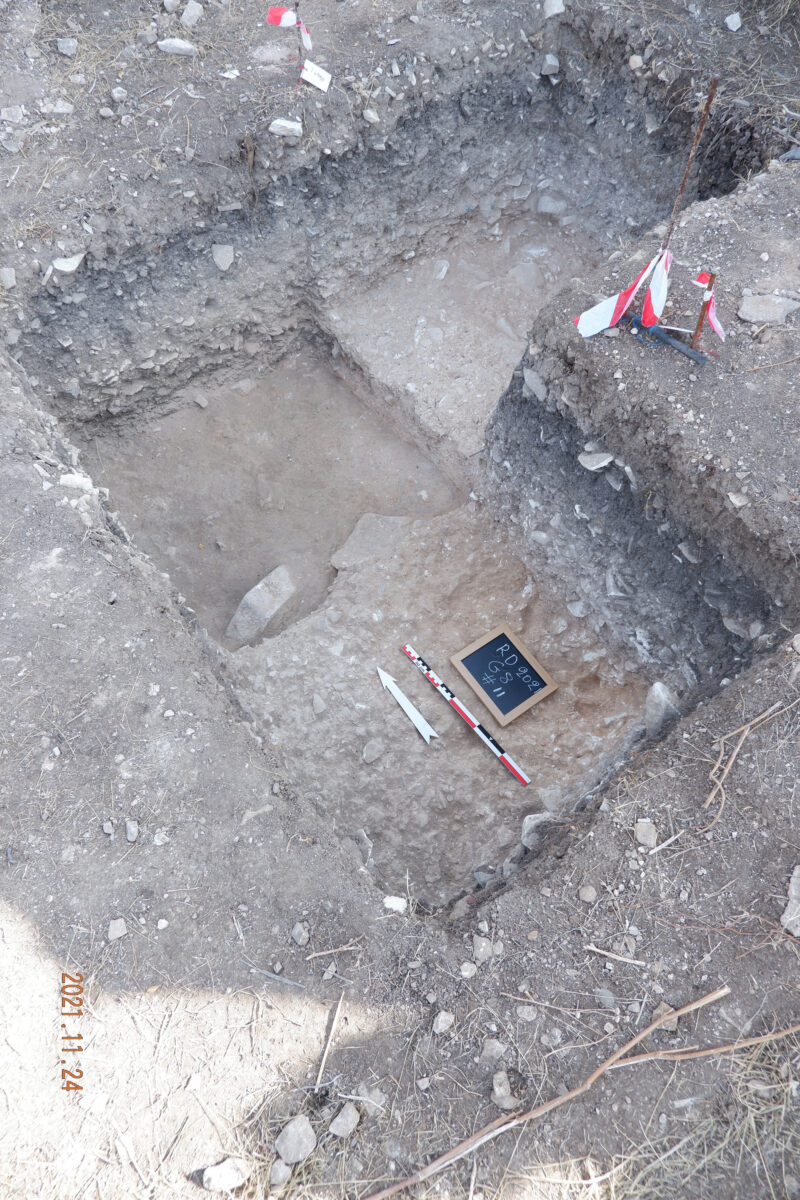 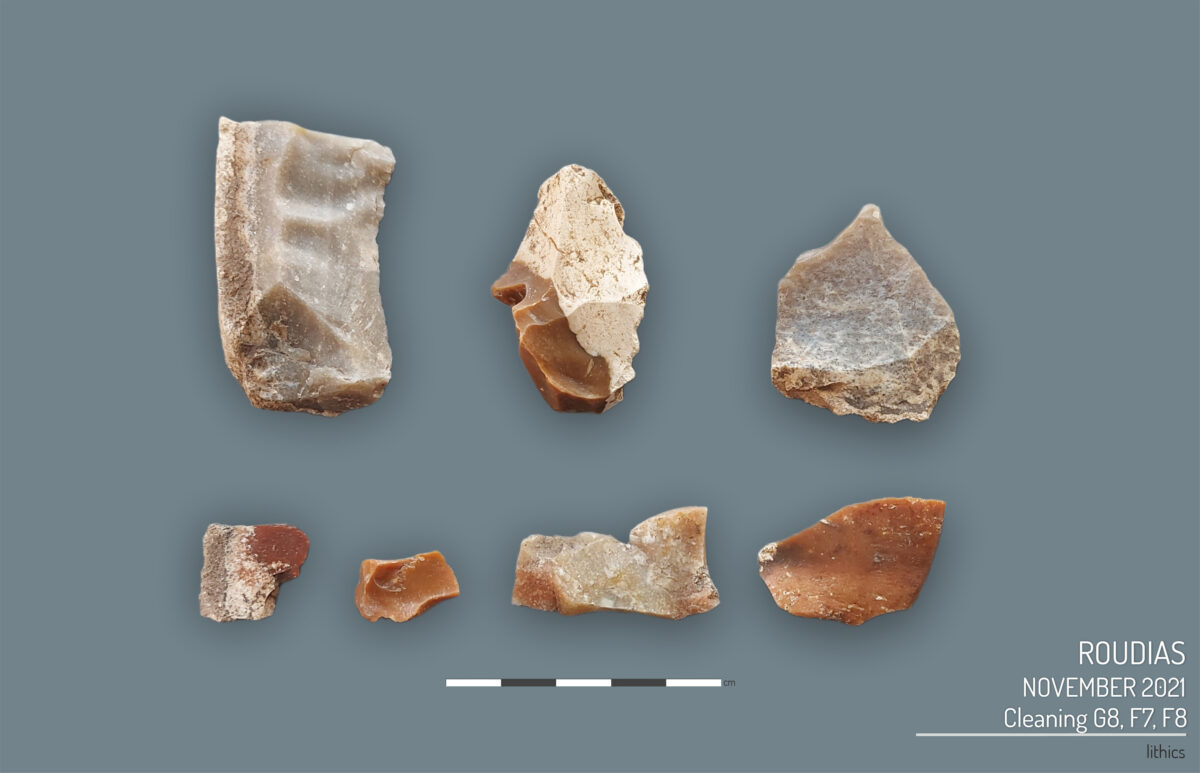 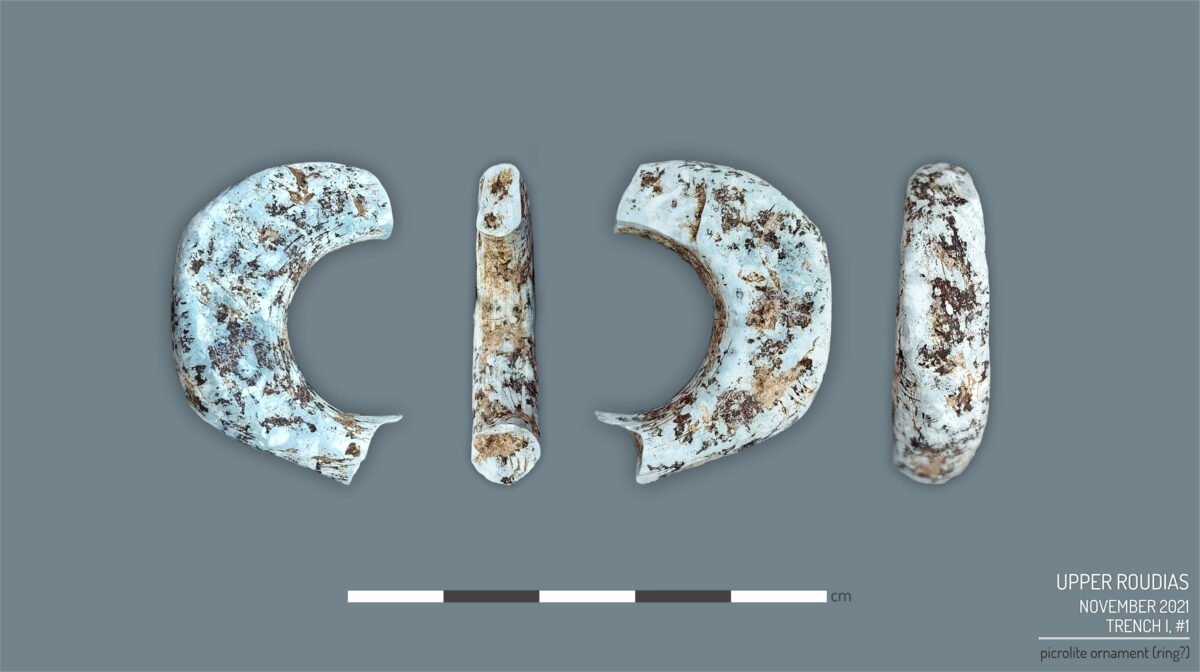 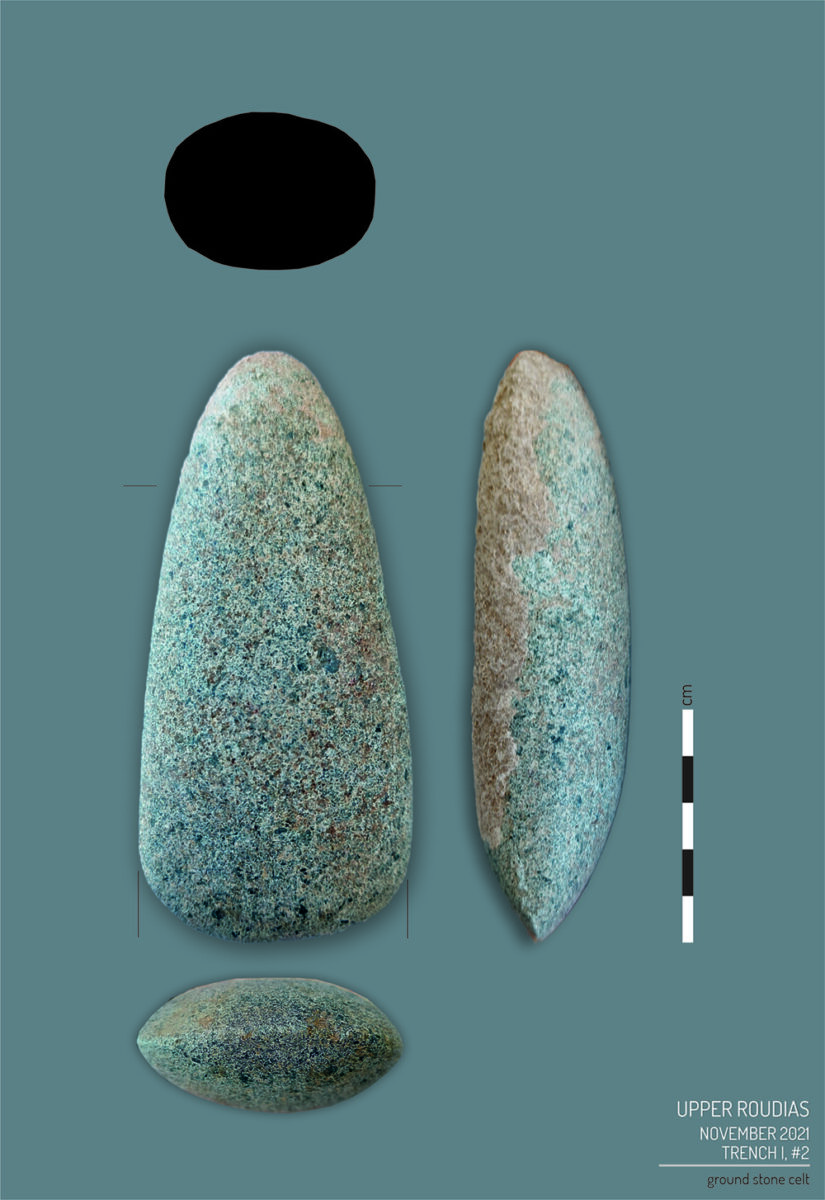 2021 investigations at the site of Agios Ioannis/Vretsia-Roudias completed

They focused on revealing the impressive curvilinear building

The Department of Antiquities, of the Ministry of Transport, Communications and Works, announces the completion of the 2021 investigations at the archaeological site of Agios Ioannis/Vretsia-Roudias, by the Archaeological Mission of the Department of History and Archaeology of the Aristotle University of Thessaloniki (AUT). Excavations were conducted at the site in November 2021, following a one-year gap due to restrictions related to the pandemic. The team was co-directed by Professor Emeritus Nikolaos Efstratiou and Associate Professor of the AUT Dr. Maria Ntinou and comprised of archaeologist, Mr. Dimitris Kyriakou, as well as students of the Department of History and Archaeology of the AUT, Stelios Kehagias, Anastasios Bekiaris, Artemis Koutsogeorgopoulou, Zoi Amoiridou, Nicoletta Antoniou and Nina Kovbas.

At the Epipalaeolithic site the excavation of sections G8 and F7 that had remained incomplete since 2018 continued. The team’s main aim was to study the stratigraphic sequence of the deepest layers and to meticulously document the lithic finds, but mainly to apply a strict protocol concerning the dry sieving of all the soil removed and to recover archaeobotanical residue via systematic flotation.

Archaeological investigations at Pre-Pottery Neolithic site of Upper Agios Ioannis/Vretsia-Roudias focused on revealing the impressive curvilinear building. Fallen stones were removed and the faces of the curved walls were revealed. Special attention was given to the documentation of the lithic material that lay amongst the building debris. The archaeological layers that were excavated were again sieved for the retrieval of small finds. Apart from the investigations on the curvilinear building and in order to identify other stone structures in the same area, two new test trenches were opened, measuring 4×1 m. The team’s aim was to ascertain whether other such structures existed at the site of Upper Roudias, which would fit with the character of a typical Pre-Pottery Neolithic site. This attempt was successful since a new stone building next to the initial curvilinear one was revealed. Although the small size of the trial trench limited investigations, enough evidence was gathered to suggest the existence of another similar curvilinear building. Specifically, a row of stones was uncovered belonging to a second such building which will be further investigated during the next season.

The archaeological investigations of 2021 at the Pre-Pottery Neolithic site of Upper Agios Ioannis/Vretsia-Roudias in the Troodos mountain range confirm the dynamism of the prehistory of the mountainous regions of Cyprus. The Roudias terrace seems to preserve more than one stone building belonging to the ‘Choirokoitian’ phase (mid 7th millennium BC), demonstrating that the site was an organised Pre-Pottery Neolithic settlement. Further investigations will surely reveal much more evidence on this period and will hopefully produce more data relating to the period between the 7th millennium and the earlier Pre-Pottery Neolithic B period.

NOTES
1. Department of Antiquities, of the Ministry of Transport, Communications and Works, Cyprus