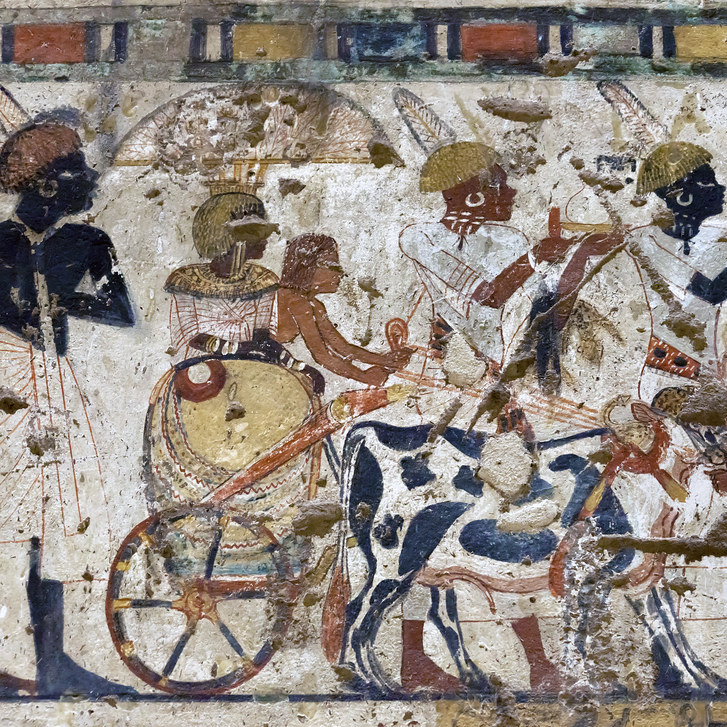 When a Babylonian princess wrote to the Pharaoh

A Babylonian woman's voice at the Amarna Letters

Speak to my lord; thus the princess: To you, your chariots, the men and your house may it be well.

May the gods of Burraburiash go with you. Go safely and in peace go forward, see your house.

In the presence of my lord, thus, I prostrate myself, saying “Since G[…] my envoy has brought colored cloth, to your cities and your house, may it be well. Do not murmur in your heart and impose darkness on me.”*

These are the words of a princess of Babylon, of the time of King Burraburiash II (1359–1333 BCE), as she commissions a gift-giving expedition to the Pharaoh, following a small-scale diplomatic fallout. The text above is recorded in the Akkadian language, and it is written in cuneiform on a tablet found in the diplomatic correspondance archive of Tell El Amarna in Egypt; it has been documented as EA 12.

Who was this princess? What was giving her the power to address the Pharaoh? What was the problem she was trying to solve by sending gifts? We will never know. What we do know was that, at a given time, she was able to raise her voice and act, despite coming from a background that would not normally allow for such actions.

The Amarna Letters refer to at least two Babylonian princesses, mentioned there in the event of their marriage to the pharaoh. Such marriages, however, had nothing to do with love or with a woman’s worth. Instead, they were taking pace to cement diplomatic alliances between kings, with the daughters or sisters of one king sent off to marry another, as a form of permanent guarantee of alliance between Great Powers. Marriage was taking place by proxy, with the woman traveling to her new home, never to replace (at least in the case of Egypt) the king’s official wife, and with a doubtful future ahead of her. The Amarna Letters preserve the case of a marriage arranged for a Babylonian princess in order to ‘replace’ a wife of the pharaoh who died. In another letter (probably the earliest, tagged EA1), Babylonian envoys visiting the pharaoh cannot locate one of their princesses sent there to become his wife. In none of these cases the name of a woman is mentioned, although this is not the norm for all “diplomatic brides” (we have the names of princesses sent by the Kingdom of Mitanni).

If these women had been treated as almost commodities, could then the letter’s unnamed princess was to follow suit? Could the unnamed princess of the letter be even any of these unlucky ones? We will never know. Still, even it that was so, this lady had the chance, for once, to step forward. To communicate and act, probably against the odds.

*Letter text via Anson T. Rainey, The El-Amarna correspondence: a new edition of the cuneiform letters from the site of El-Amarna based on collations of all extant tablets, Brill, Leiden 2014.