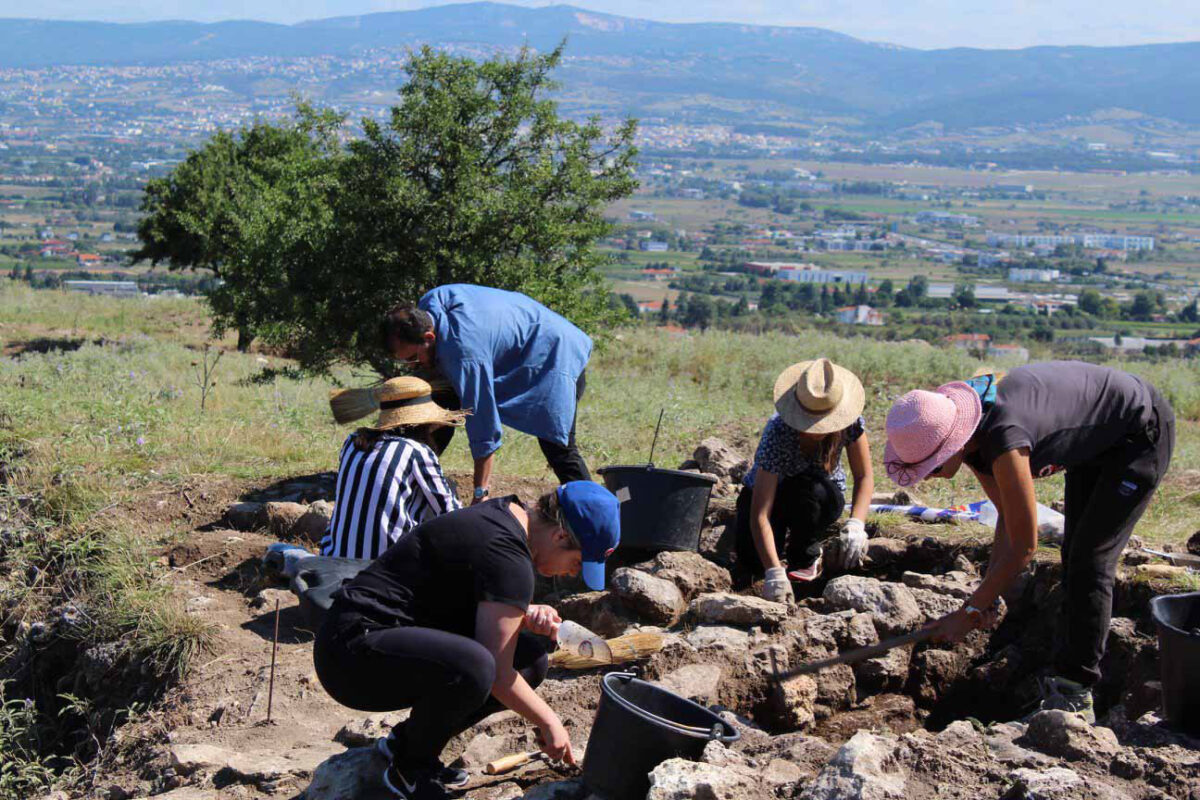 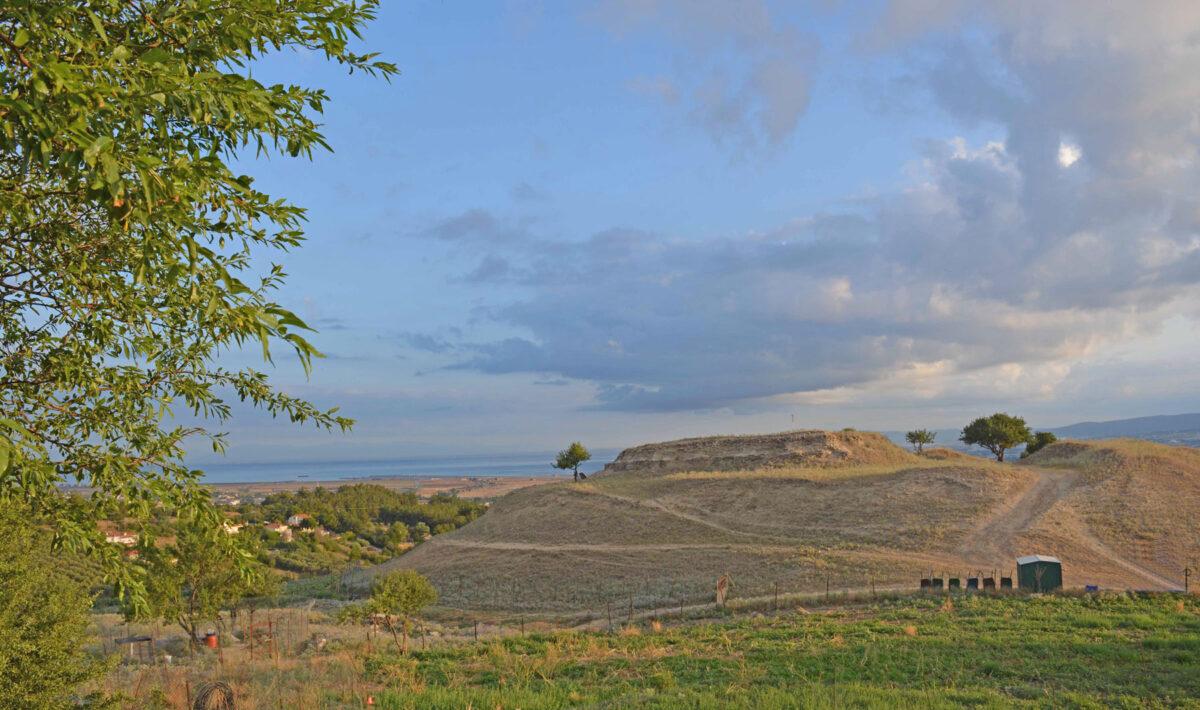 At the site "Trapeza of Neo Rysio, Kardia"

Numerous traces of weaving and jewelry found when excavating the site “Trapeza of Neo Rysio , Kardia” come to confirm that this spot with the most significant expanse of architectural remains in the greater area south and east of Thessaloniki, was a settlement and one in fact with an intense feminine presence.

The hilltop site of around 3.45 acres with impressive views of the Thermaic Gulf, the valley of Anthemountas and the mountain of Chortiatis, was undoubtedly of strategic importance. However, unlike what might be expected from its location, it had a residential rather than a military use.

A bronze pendant that was unearthed- a similar one has been found in Vergina –  as well as other jewelry and many loom weights,indicate female activities.

As Manolis Manoledakis, Professor of Classical Archaeology at the International University of Greece, points out to the Athens and Macedonia News Agency/AMNA: “It is now certain that we are talking about a settlement with different types of activities. We did not expect to find so many loom weights and jewelry such as hair rings in a fortress, along with other finds that suggest home-made activities.”

The site’s street planning also leads to this conclusion, since,as Mr. Manoledakis points out, “a military facility usually does not have such a large area with so many spaces”. Only a small percentage of the total area of 3.45 acres may have been excavated to date, but according to the professor, “the excavations have been conducted in very indicative parts of the settlement, both at its ends and its centre. Since the picture in all places is exactly the same, it is not very likely that there is something different in between.”

The systematic educational excavation outside the village of Neo Rysio was started in 2016 by the International University of Greece. In 2021, the excavation focused on two spots in  Ano Trapeza; its central and southern part. Mr. Manoledakis will speak about the findings of this period at the conference on the archaeological works of 2021 in Macedonia and Thrace, taking place online from 10 to 11 March 2022.

The discovery of Area A10 was particularly important last year. To date, more than twenty-five chambers have come to light, but this is the largest space ever uncovered. While the usual dimensions of  a space’s interior at the site of Neo Rysio range from 1.50 to just over 2.50 m., this space measures 6.90 × 3.90 m. “Although many finds have been found at this spot, nothing so far has been found such as a vase in good condition or some other find that could help in understanding the use of the space”, explains Mr. Manoledakis.

Why was the settlement abandoned?

Similarly in 2021, there were many movable finds found in the area, such as ceramics and some small items. Dating the use of the “trapeza” also results from such findings and specifically from the various categories of ceramics. These are usually vessels from local workshops. Imported vessels are few and come mainly from eastern Greece, Attica and Corinth. The vast majority of these ceramics belong to the Early Iron Age and the Archaic Period , mainly between the 10th and 6th c. BC, while there are quite a number of earlier finds.

“Once more it has been confirmed that the site had been used since the Early Iron Age, perhaps even from the Late Bronze Age, up to the 6th c. BC. Consequently, the questions we asked last year are intensifying, in regards to the reasons for abandoning the site at that specific period”, says Mr. Manoledakis.

The time period is of special importance for him since, as he notes, “before the 6th c. BC we are not even talking about Macedonians in Thessaloniki, but about Thracians”. Finds of this period may exist elsewhere, such as in Karabournaki, but none of those extensive architectural remains are to be found there, nor the street planning of a settlement.

The excavation at “Trapeza of Neo Rysio – Kardia” aims to contribute in gathering information on human activity in the greater Thessaloniki area, long before the founding of the city by Kassandros in 316/5 BC; a particularly obscure time for the region, due to the lack of both written and archaeological evidence. At present, this is the only active, systematic and educational excavation in the greater area south-and southeast of Thessaloniki.