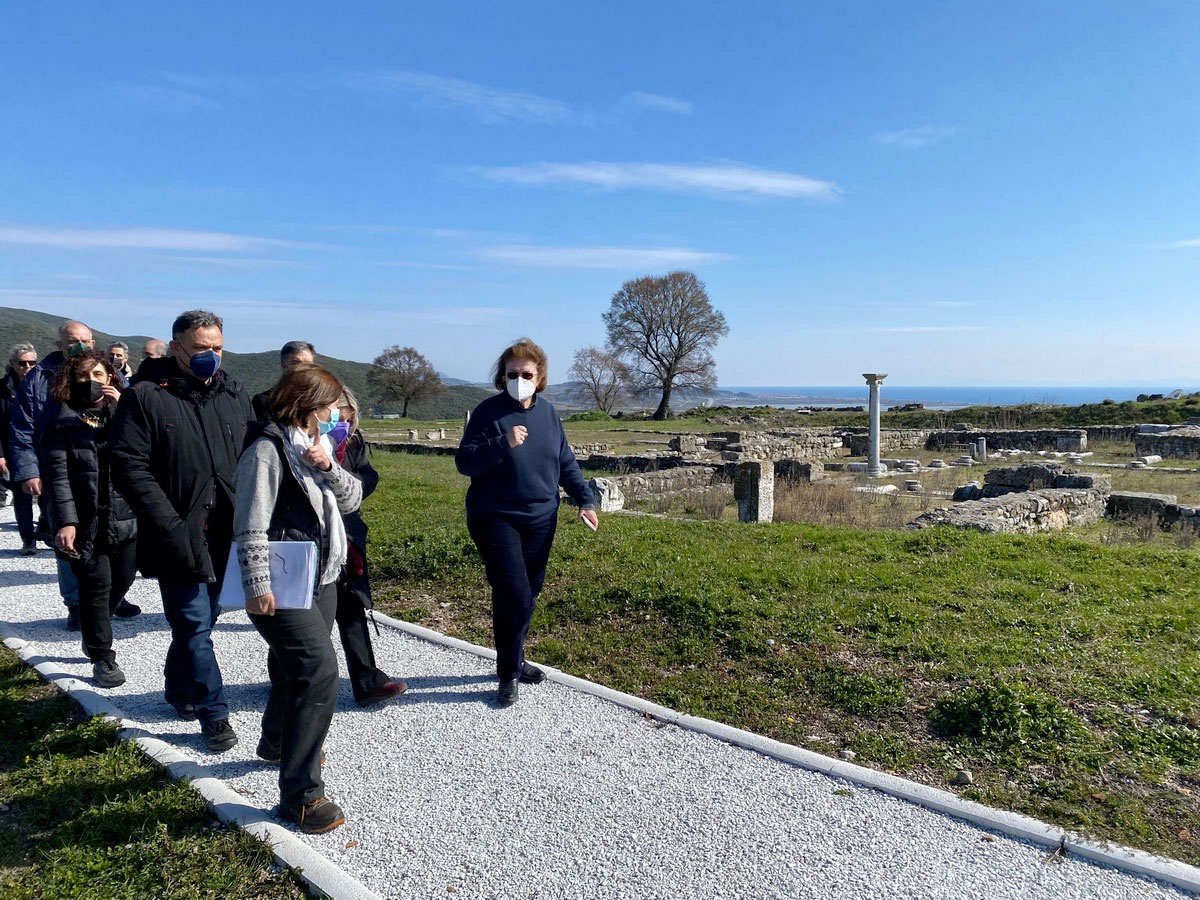 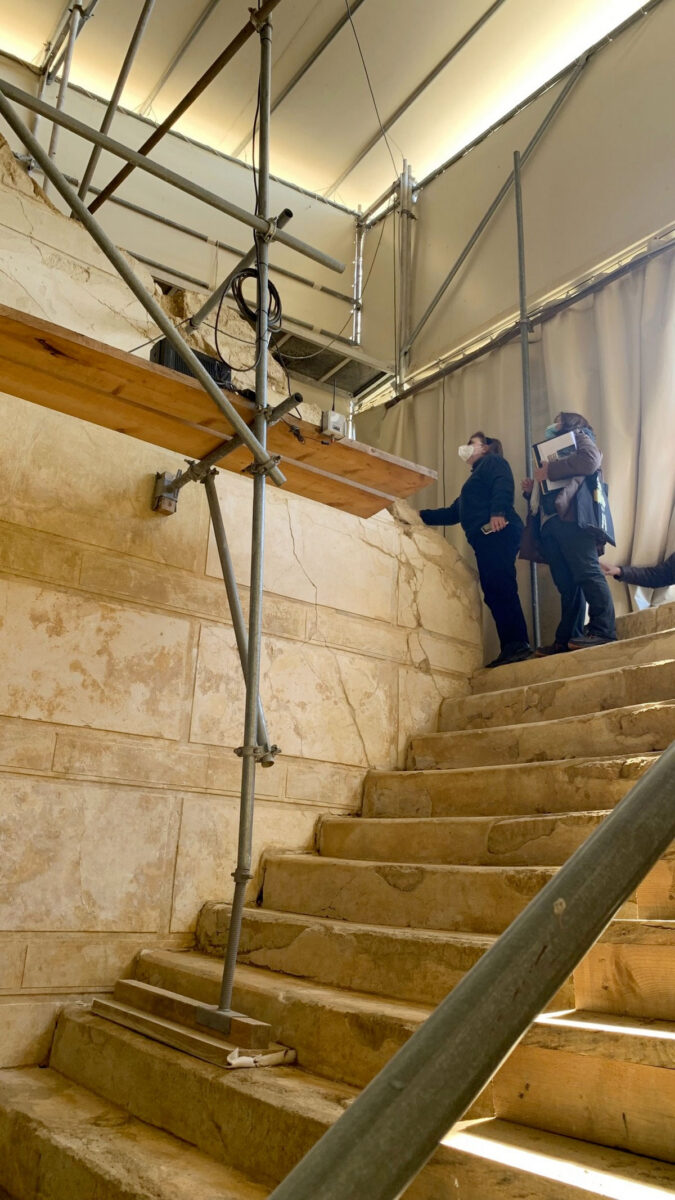 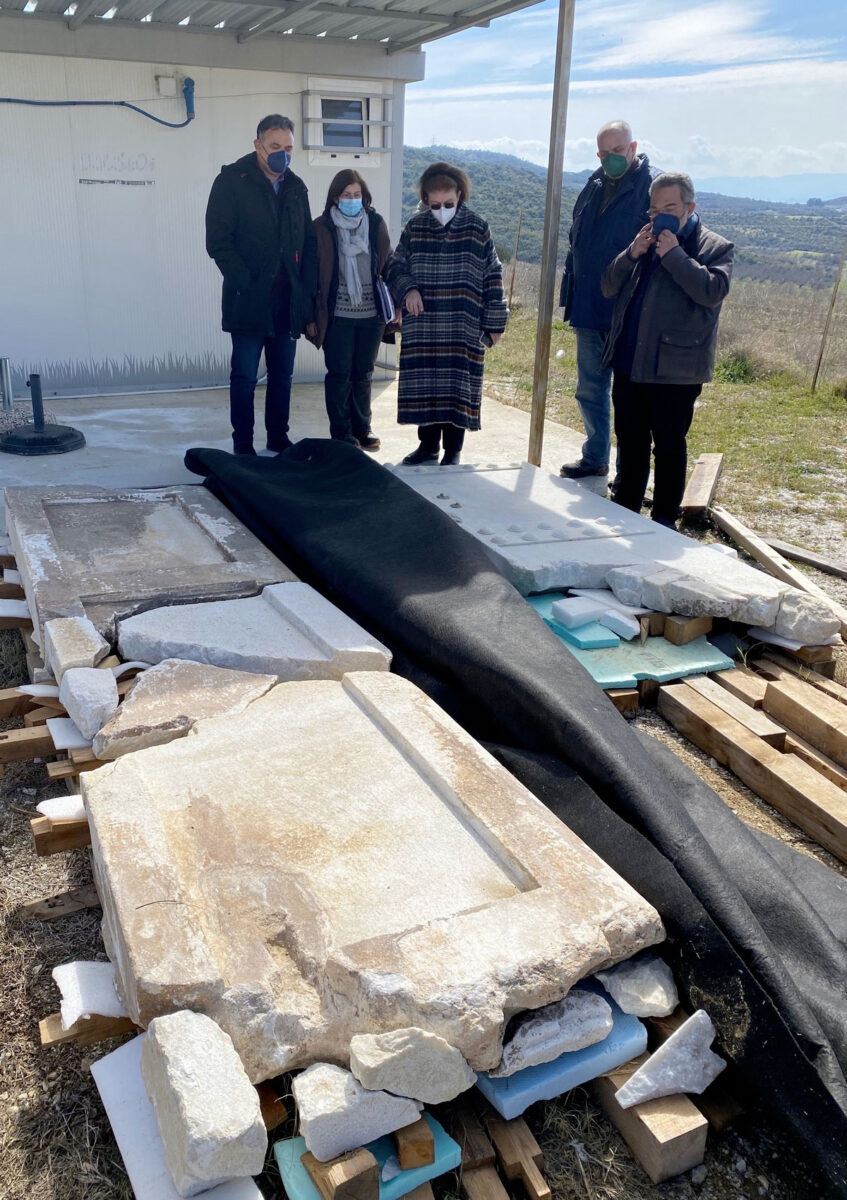 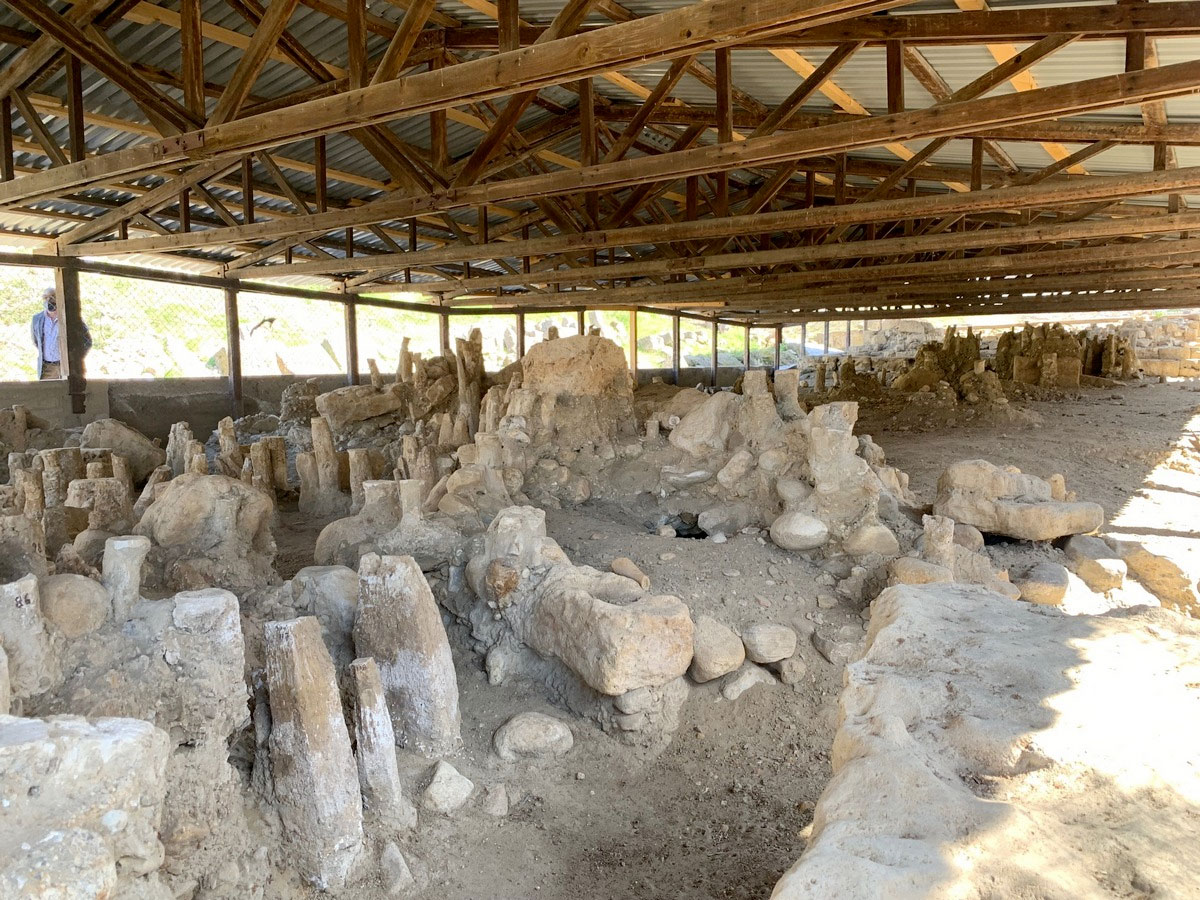 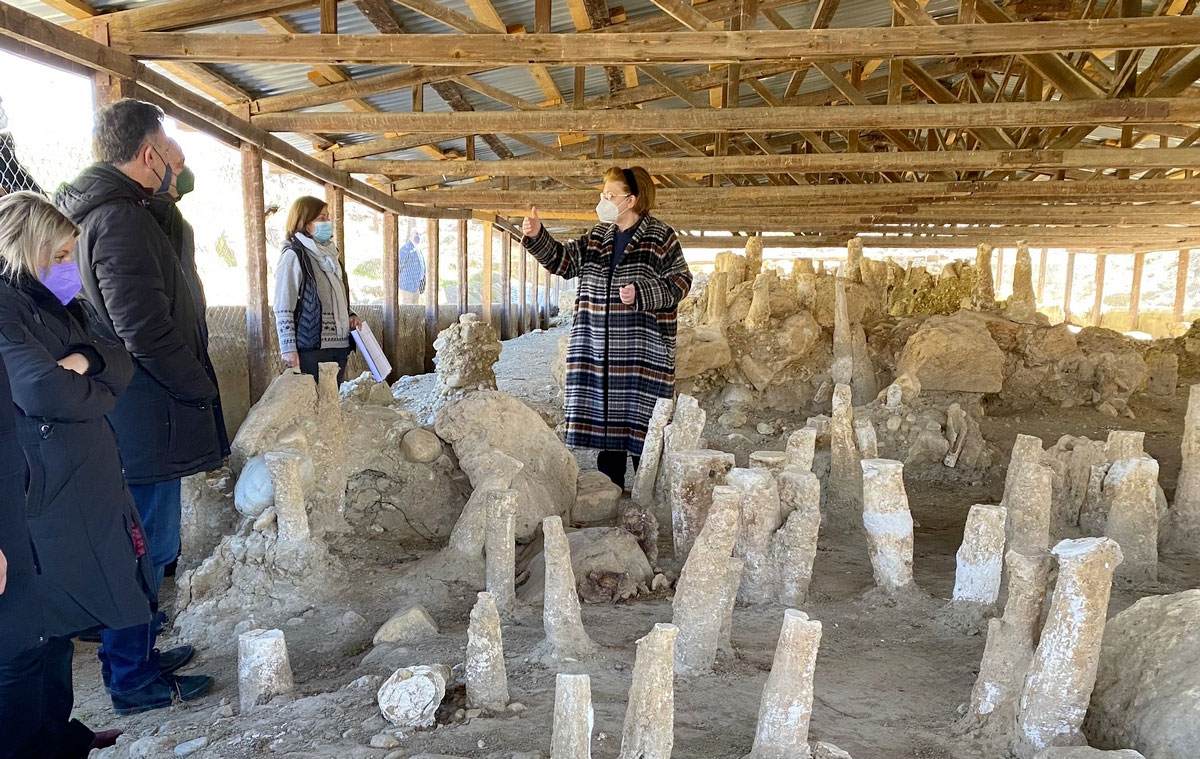 Pilot visits to the Kastas Mound in 2022

Restoration of the unique Wooden Bridge

A body of officials headed by Lina Mendoni inspected the monuments at the archaeological site of Amphipolis, where protection, conservation and promotion works are being conducted or planned by the competent services of the Ministry of Culture and Sports.

As Lina Mendoni stated after the end of the inspection : “We are here today with the Serres Ephorate of Antiquities to see the progress of works at the archaeological site of Amphipolis. At the Kastas Tomb, the works are proceeding according to schedule. A lot of high quality work has been done that is not apparent. A pilot programme is being launched in 2022 to welcome specific groups of the public to the burial monument, to be able to examine the site specifics and find the best solutions for its operation. The tomb’s load reduction was taken into account by the study, to secure the monument itself and the safe access of visitors. This has almost been completed. In the next 2-3 months the geometry of the Tomb will be fully restored. Wire boxes with lightweight materials (pumice stone) to create retaining walls have been installed and covered with soil as planned. Works now being realized at Kastas, through the current Regional Development Plan of Central Macedonia, will be completed by the end of 2023. A second phase will follow in the next 2021-2027 programming period.

“While investing in the archaeological site of Amphipolis, we also decided to financially support both the replacement of its protective cover, as well as the conservation and restoration of the Wooden Bridge, with €1,200,000 from the Recovery Fund. This is a unique monument, which certainly dates back to the 5th century BC, perhaps even earlier, that requires to be specially protected and also made accessible.

“Amphipolis is a major archaeological site with a very considerable history. A highly significant region with extremely important monuments. This major archaeological site is being systematically enhanced by the Ministry of Culture, to make it accessible to the public. Our priority is the protection, restoration, promotion and utilization of the monuments and the archaeological site, which apart from being unique cultural goods constitute resources for growth of the local society and the national economy in general”.

With all the studies having been completed, conservation work inside the burial monument begins in April. Work is also in progress on the conservation and welding of sections and fragments of the monumental Macedonian gate that sealed the monument’s fourth space, as well as conservation work on the wings of the Sphinxes of the entrance. Next a permanent protective cover will be constructed at the monument’s entrance and part of the marble enclosure will be restored.

A unique monument was uncovered by archaeological research in Amphipolis about half a century ago: The wooden bridge on the river Strymon, also mentioned by Thucydides. The bridge that connected the river Strymon with the city was included in the fortifications of Amphipolis, playing a decisive role in the growth of its economy and trading activities. The conservation and protection measures applied at that time may have saved the monument, but they exhausted its lifespan. The cover, which has protected the monument since the 1970s, is showing significant damage and needs to be replaced immediately, while the monument itself is in urgent need of conservation and upgrading.

Given that in the context of the 2014-2020 Regional Development Plan of Central Macedonia the Serres Ephorate of Antiquities is embellishing and enhancing the site, making it suitable for visitors by creating routes, stops and signposts, the Ministry of Culture decided to include the work of protecting and conserving the bridge in the Recovery Fund. The necessary studies are already underway to be examined by the Central Archaeological Council, so as to begin the project’s implementation.

The project of enhancing the Amphipolis citadel with its early Christian basilicas has already been completed through the INTERREG Greece-Bulgaria programme. Today, as part of the RDP of Central Macedonia, the Serres Ephorate of Antiquities is in the process of creating an infrastructure for the service of visitors, while interventions are planned allowing access to the disabled and other vulnerable groups, through the “silver economy” programme which the MOCAS has included in the Recovery Fund.