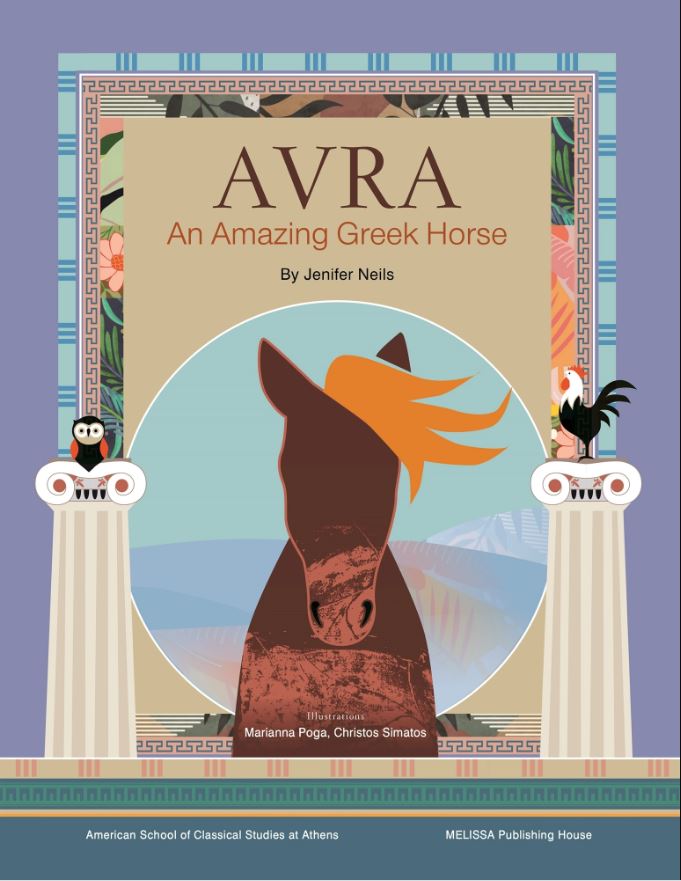 Avra is a story that begins and ends with the discovery and scientific study of an ancient horse’s skeleton by a team of scientific archaeologists. The main story tells of her life, during which she won the horse race at the ancient Olympics even though her rider fell off. She eventually joins the cavalry in Athens and is depicted in marble on the Parthenon, the Temple of Athena. Her story can be read either to younger children via the charming illustrations or as an educational text by teachers and parents to older children.

Jenifer Neils is Director of the American School of Classical Studies at Athens.