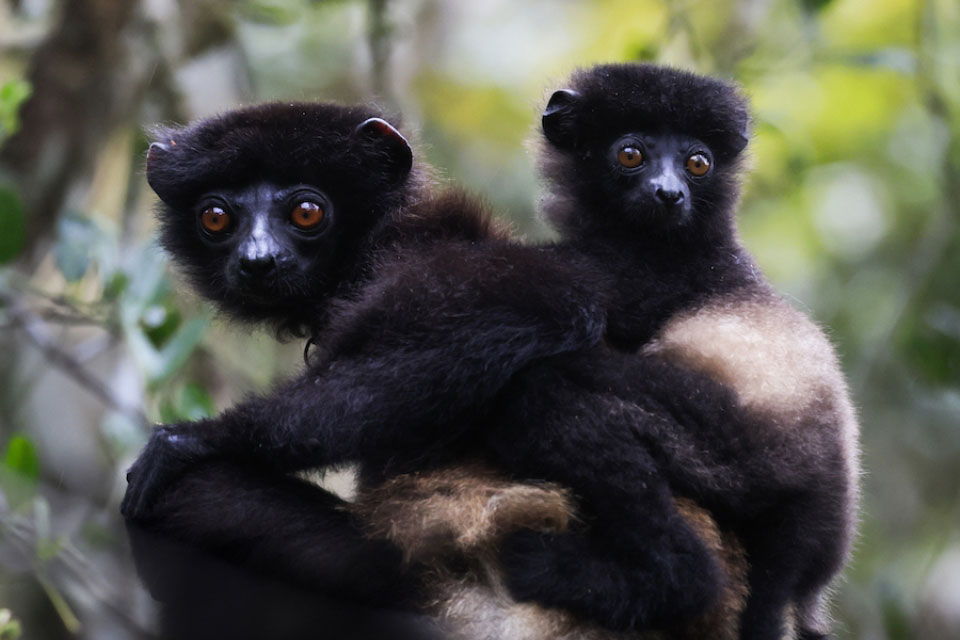 Hair is an important feature of primate — including human — diversity and evolution, serving functions tied to thermoregulation, protection, camouflage and signaling. However, the evolution of wild primate hair remained relatively understudied until recently.

Researchers in the Primate Genomics Lab at the George Washington University examined what factors drive hair variation in a wild population of lemurs known as Indriidae. Specifically, the researchers aimed to assess the impacts of climate, body size and color vision on hair evolution. They found:

-Sifaka lemurs, which are native to Madagascar, have denser hair in dry, open environments. The researchers believe that, like early humans, the lemurs’ hair helps protect against the strong rays of the sun.

-Lemurs in colder regions are more likely to have dark hair. This is the first evidence in mammals for a classic pattern in nature called Bogert’s Rule, which states that dark colors could aid with thermoregulation as they help absorb heat from the sun’s rays.

-Red hair in lemurs is associated with enhanced color vision. According to the researchers, populations that can see a larger range of colors are more likely to have patches of red hair.

-Multiple evolutionary pressures may act on one trait and the strength of their influence may vary between species.

“Human hair evolution remains a mystery, largely because hair does not fossilize,” Elizabeth Tapanes, lead author on the paper and a postdoctoral scholar at the University of San Diego, California, said. (Tapanes conducted the study while a doctoral student at GW.) “The lemurs we studied exhibit an upright posture like humans and live in a variety of ecosystems like early humans, so our results provide a unique window into human hair evolution.”

Brenda Bradley, an associate professor of anthropology who directs GW’s Primate Genomics Lab and is a co-author on the study, explained our understanding of hair evolution and diversity in other primates helps us fill in the gaps of our own human evolutionary story.

“Most people are intrigued by the diversity of hair on their own bodies, and the variety of hair types among people around the world,” Bradley said. “Understanding hair patterns in non-human primates, such as these lemurs, may provide a comparative context for understanding how variation arose in human hair.”

The researchers note future work should focus on samples across smaller geographic or phylogenetic (family-level, genus-level) scales and from diverse non-human and human populations.

The study, “Hair phenotype diversity across Indriidae lemurs,” was published March 8, 2022, in the American Journal of Biological Anthropology.