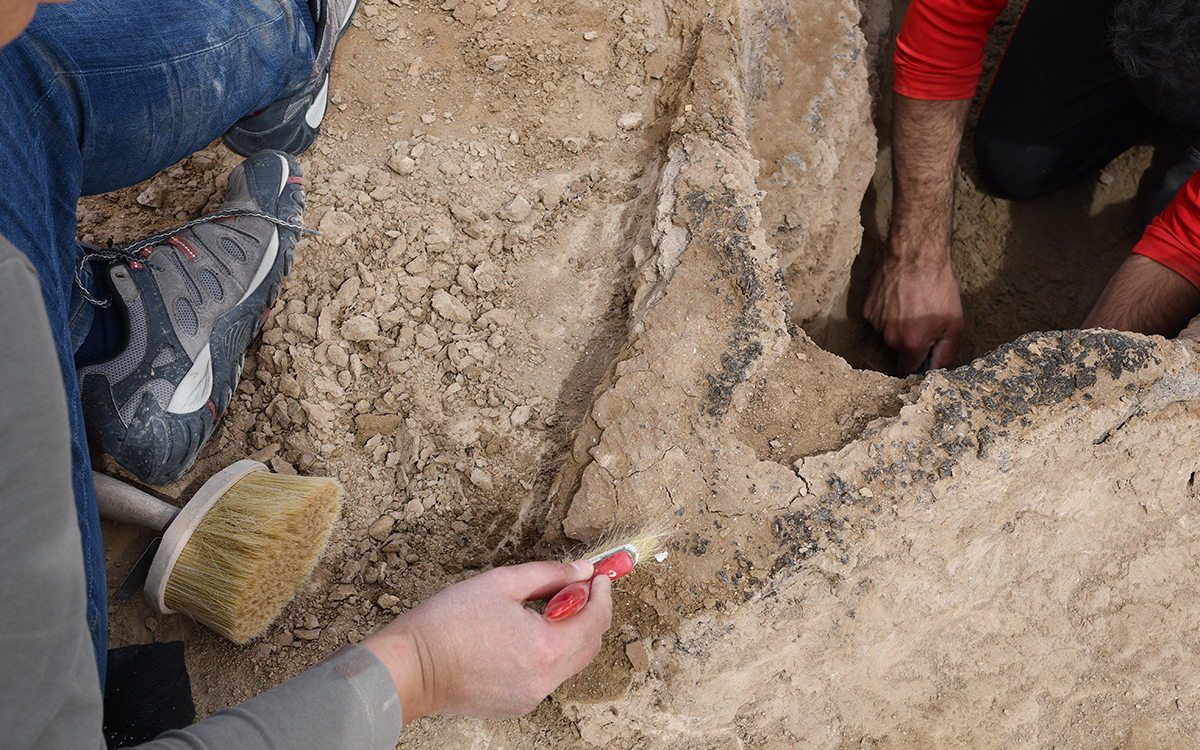 4000 year old boat salvaged near the ancient city of Uruk

An ancient boat, made of bitumen and not preserved organic material, was excavated during the spring 2022 campaign of the Iraqi German Mission of the State Board of Antiquities and the Orient Department of the German Archaeological Institute, digitally documented in three dimensions and completely recovered for further rescue and preservation. On March 23, 2022, it could be handed over to the Iraq Museum in Baghdad.

Near Uruk, in the archaeological buffer zone, ancient canals, fields and small settlements as well as production sites that illustrate the rich life of the ancient city are located. The boat was found there during the systematic documentation of the Uruk-Warka environs in 2018 and photogrammetrically documented. The fragile structure had already been partially exposed and removed by erosion in recent years. Therefore, the boat was last visible above ground. Traffic running close to the site acutely threatened the preservation of the boat.

The Iraqi-German research team successively uncovered the very fragile boat and thus documented the unique finding: it is an almost completely preserved boat made of organic material (reed, palm leaves or wood) completely covered with bitumen. It is 7 m long and up to 1.4 m wide. It is not thicker than 1 cm in many places. The organic remains are no longer preserved and are only visible as imprints in the bitumen. During the excavation the boat was documented three-dimensionally by photogrammetry. The archaeological context shows that it sank at the bank of a river that has since silted up, probably about 4000 years ago, and was overlaid by sediments.

The boat was covered with a clay and plaster shell for stabilization directly during the excavation and could thus be recovered largely complete. In accordance with Iraqi antiquities law, it was taken to the Iraq Museum in Baghdad for further scientific study and conservation. It is planned to exhibit the boat and make the knowledge of its construction and context available to the public.