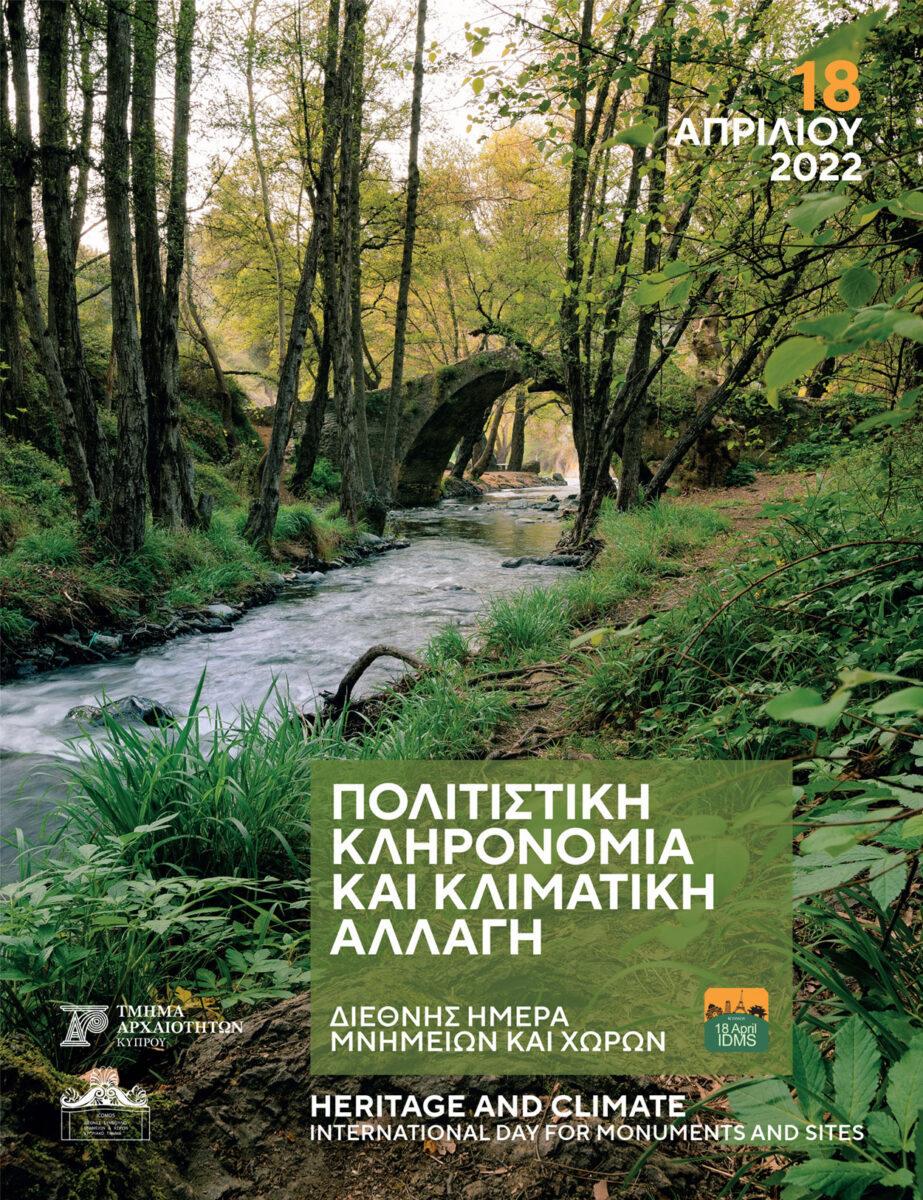 International Day for Monuments and Sites: Heritage and climate

Events organized by the Department of Antiquities, Cyprus

18 April was established in 1983 by UNESCO, as the International Day for Monuments and Sites, following a proposal by the International Council of Monuments and Sites (ICOMOS). In celebration of this important day, with the ultimate aim of raising public awareness of the importance of culture, a different theme is promoted every year and events are organized with the participation of citizens.

This year’s theme for the celebration of the International Day for Monuments and Sites, is entitled “Heritage and Climate”. ICOMOS, recognizing the potential of cultural heritage and the need for a balanced and sustainable development, with a focus on man and nature, set this year’s themeas an opportunity to organize events that highlight the ways in which heritage can be a source of knowledge that can be utilized to address climate change.

On the axis of this central theme, this year’s events seek to highlight the various ways of interdependence and interaction of man-made culture and the natural environment. Man, using available natural resources created culture, which is an intervention on the natural environment by itself.Respectively, cultural heritage is the greatest proof that nature itself determines this human intervention, in a continuous, century old, game of balance. This balanced relationship of interdependence, which heritage highlights in the most evident way, modern societies are called upon to rediscover, as humanity currently experiences the results of this imbalance expressed as climate change. This year ‘s events provide an opportunity for reflection, beyond the boundaries of cultural heritage protection, given that the survival of humanity, its civilization and nature are interconnected.

The Department of Antiquities, in the framework of the International Day of Monuments and Sites will organize the following events in all Districts. In addition, as every year, on April 18, entrance to all archaeological sites and ancient monumentswill be free.

Opening of the contemporary art exhibition “Happy Few” by visual artist Andreas Kalli. On the opening night, the musician Freedom Candlemaker will present the musical version of the thoughts and reflections that led to the sculptural installation of Andreas Kalli with his compositions and songs. The exhibition will be open to the public from the 16th April until May 20th.

Free entrance to all archaeological sites and monuments of the Department of Antiquities.

Screening of the documentary “Pentadaktylos” of director Paschalis Papapetrou. Following the screening the audience will have the opportunity to discuss the film with MrPapapetrou.

Concert by the Music School of Larnaka with traditional Cypriot and Asia Minor songs.