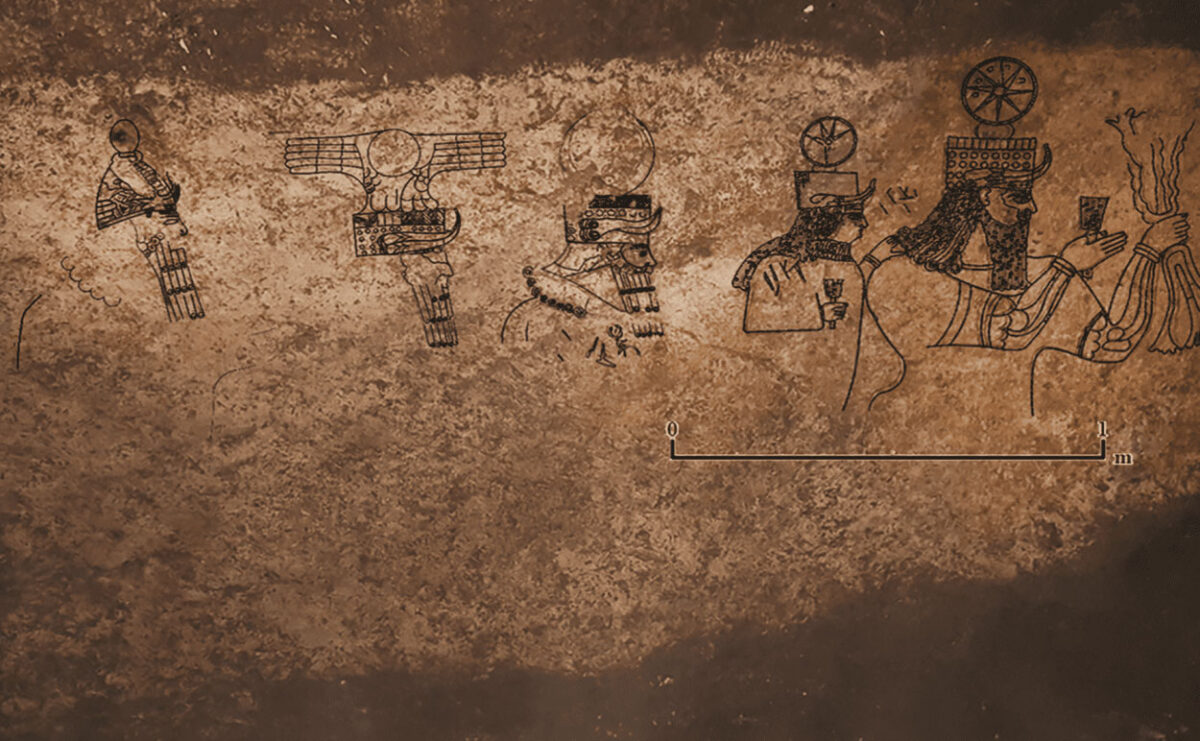 In the village of Başbük, Turkey

Ancient artwork of an Iron Age complex was discovered during a rescue excavation in the village of Başbük, in southeastern Turkey.

The subterranean complex was initially looted in 2017. When authorities caught the looters, a team of archaeologists conducted an abbreviated excavation which reveald a 98 feet long tunnel system carved into the bedrock beneath a two-storey house.

Within the complex, archaeologists came across examples of Assyrian style artwork showing a procession of deities, such as the storm and rain god Hadad, the moon god Sîn and the goddess of fertility Atargatis. The artwork was created during the Neo-Assyrian Empire, in the 9th c. BC.

The archaeological journal Antiquity has published the results of the study conducted by Prof. Mehmet Önal from the University of Harran, Şanlıurfa Museum Director Celal Uludağ, Museum expert Yusuf Koyuncu and philologist Dr Selim Ferruh Adalı from the Social Sciences University of Ankara.

The archaeologists concluded that the accompanying inscriptions reflect an integration of cultures rather than an outright conquest. The names of the deities are written in the local Aramaic language and the images feature religious themes from Syria and Anatolia.

Among the inscriptions, archaeologists were able to identify one that could show the name of Mukīn-abūa, a Neo-Assyrian official who served during the reign of Adad-nirari III (811- 783 BC). Researchers suspect that he had been assigned to this region at the time and was using the complex to win over the local population.

However, as the site has remained unfinished, archaeologists believe that the builders and artists were forced to abandon it for some reason, like a revolt. Future excavations will hopefully shed light to the mystery.