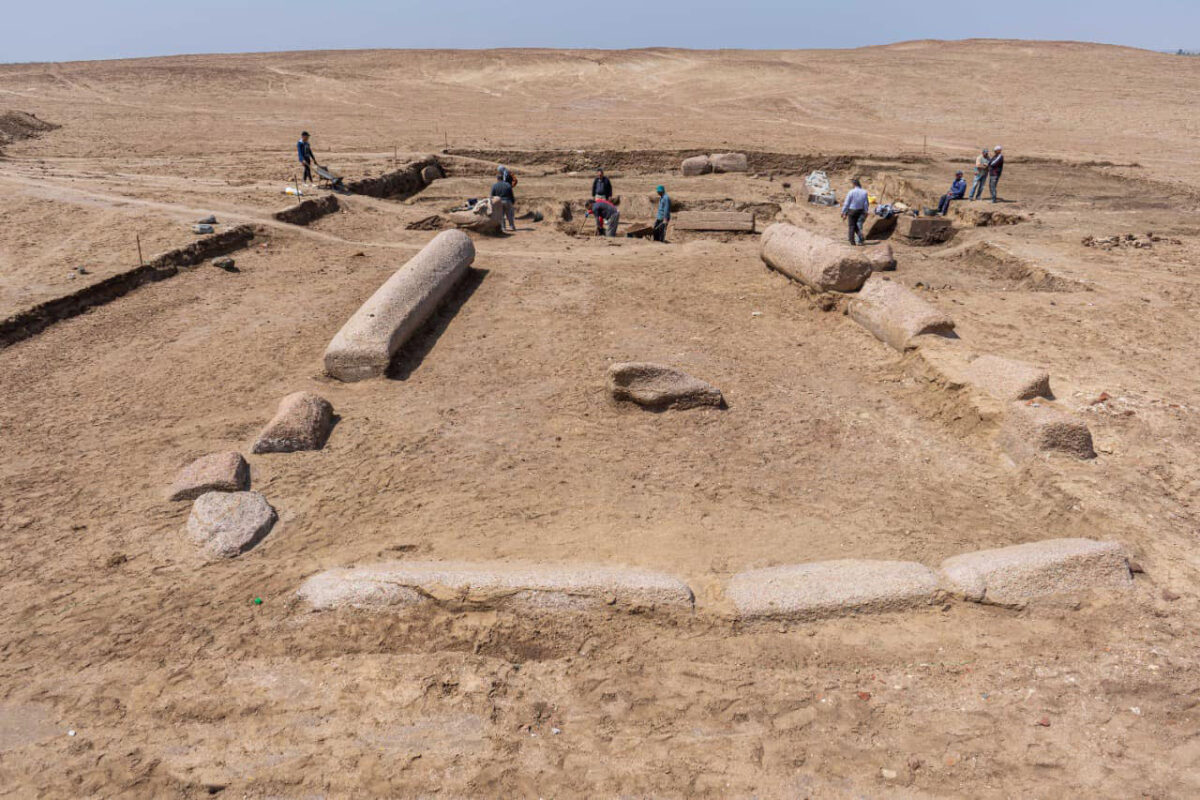 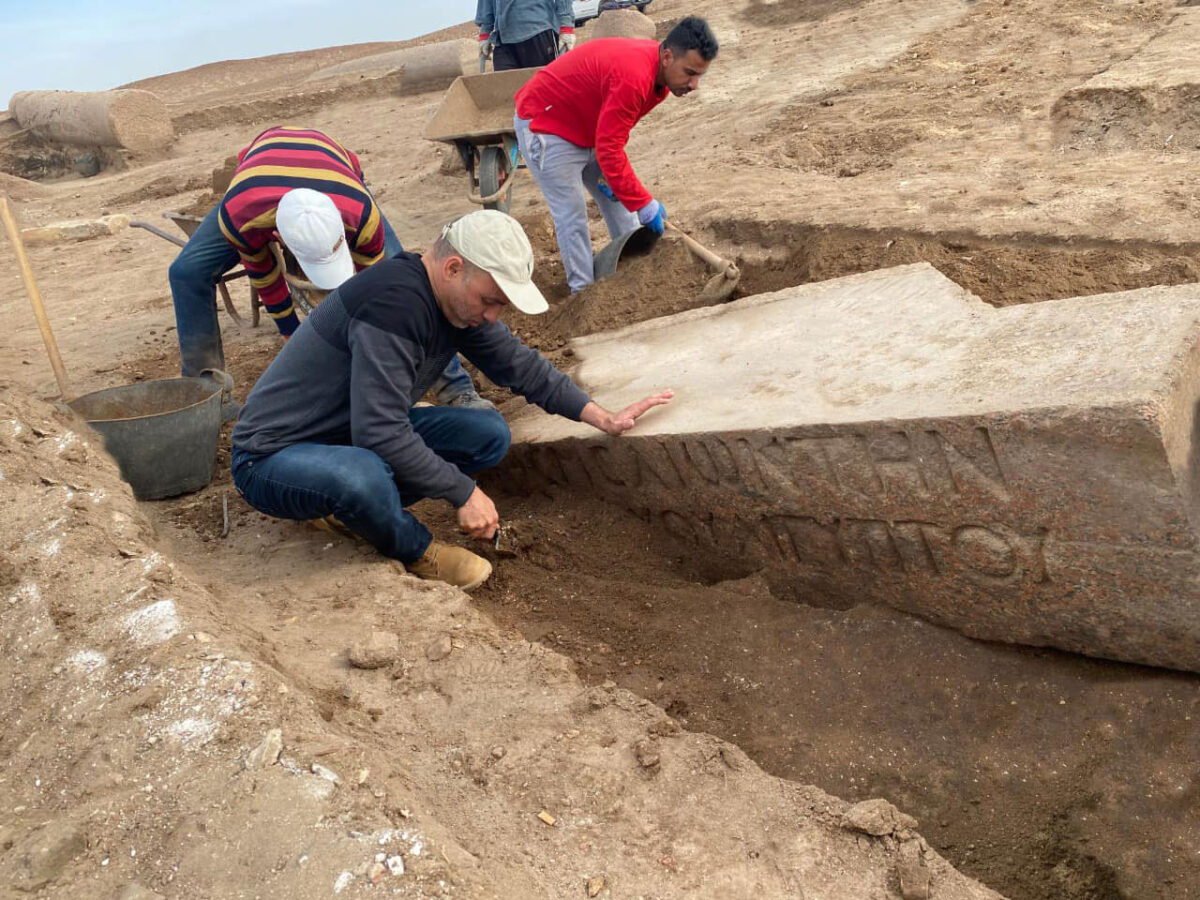 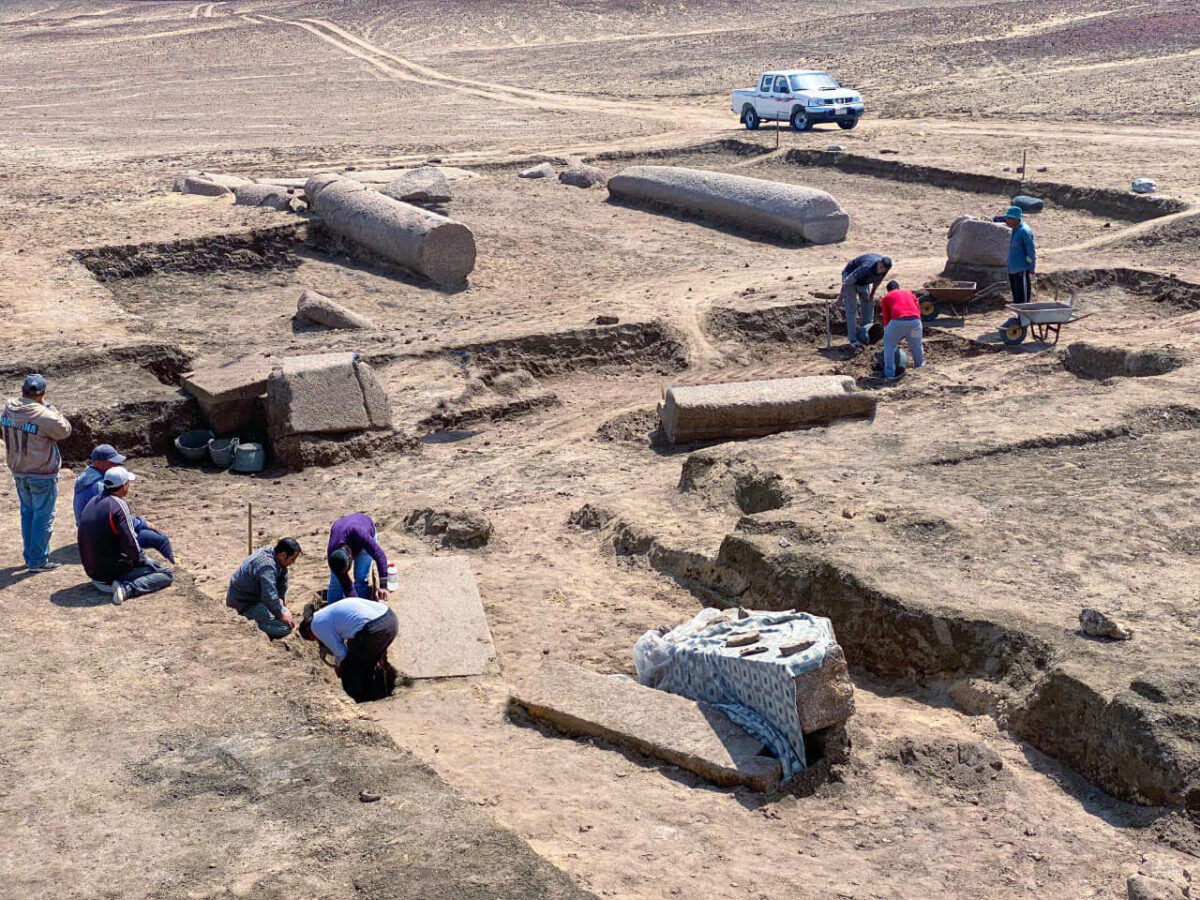 Temple of Zeus brought to light in North Sinai

An Egyptian archaeological mission working at Tell Al-Farma (Pelusium) in the North Sinai archaeological site found the remains of a temple dedicated to the god Zeus Cassius, during excavations that the mission is conducting within the Sinai development project for 2021-2022.

Dr. Mustafa Waziri, Secretary-General of the Supreme Council of Antiquities, stated that the temple is located about 200 meters to the west of the fort of Pelusium and 100 meters to the south of a monumental church on the site, adding that the temple’s location was determined based on the visible remains of a huge gate which had collapsed following an earthquake.

Dr. Ayman Ashmawy, Head of the Egyptian Antiquities Sector at the Supreme Council of Antiquities, said that the mission revealed the remains of the temple, built of mud bricks on a raised platform of rubble and broken stones, with columns of pink granite. An ascending stairway covered with marble, indicating that in 1910 the French archaeologist Jean Clédat had discovered Greek inscriptions on the lintel, indicating the presence of the Temple of Zeus Cassius in this place, but he did not locate the temple in its entity.

Dr. Nadia Khader, head of the Central Department of Antiquities of Lower Egypt, said that many stone blocks of pink granite were discovered lying in the ways surrounding the area of the temple, showing the site was later exploited as a quarry and some of its parts were moved to be reused in building churches at Tell Al-Farma, e.g. the Corinthian capitals reused in the church north of the temple.

Dr. Hisham Hussein, Director General of Sinai Antiquities, confirmed that the blocks are now being studied, documented and photographed using photogrammetric technology to be reassembled in a way that would be close to the architectural design of the Temple of Zeus Cassius.

He added that the survey and the limited excavations were carried out at the site during 1910 by the French archaeologist Jean Clédat within the project of the archaeological survey and excavations of the Suez Canal International Company. At that time, Clédat had revealed a stone block of pink granite with an incomplete inscription in Greek. Now, the present mission unearthed a second stone block of pink granite, with a sunken relief inscription in Greek, which was found to complement the text in Clédat’s block. The inscriptions indicate that Emperor Hadrian had ordered new additions to be made to the Temple of Zeus Cassius in Pelusium, finally implemented by the Roman governor of Egypt, Titus Flavius ​​Titanus.