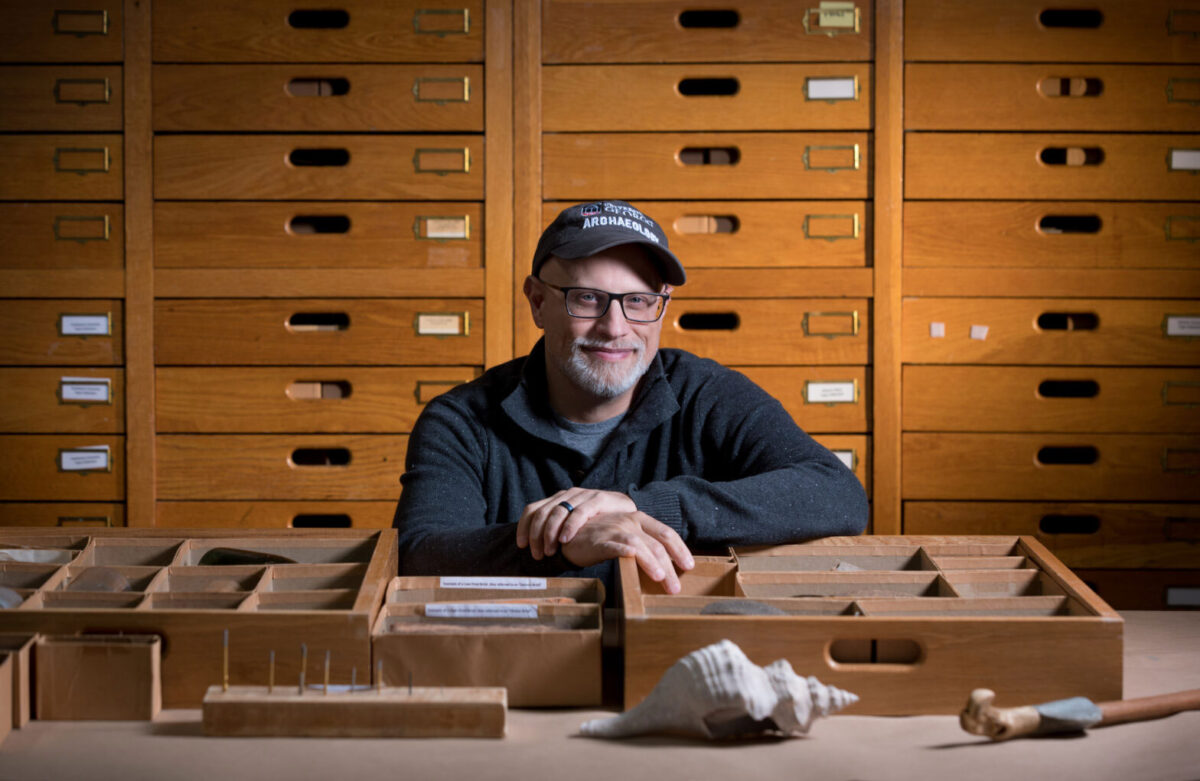 Did democracy have a separate origin in the Americas?

Democracy is widely understood to have arisen in the Mediterranean world about 2,500 years ago before spreading through cultural contact to other parts of the globe. But new research from the University of Georgia Laboratory of Archaeology, together with its partners in the Muscogee Nation, indicates that inhabitants of the Americas may have been practicing democratic-style collective governance at least a millennium before European contact.

According to a new paper published in the journal American Antiquity, artifacts from the Cold Springs site in central Georgia indicate the presence of a “council house” on the site, which was occupied about 1,500 years ago, according to radiocarbon dating. Still in use today by descendants of those early American communities, council houses were large, circular structures that could accommodate hundreds, even thousands of participants in ritualized gatherings that involved collective decision making.

The Iroquois Confederacy, a league of five Indigenous nations residing in what would become the northeastern United States, has been held up as an example of an early American democracy. However some archaeologists date the emergence of the Iroquois Confederacy as late as the mid-15th century, just a few decades before European contact. Based on the analysis of the Cold Springs materials, the UGA team suggests that democratic institutions associated with collective governance arose much earlier in time.

“The key takeaway is that these kinds of democratic institutions were very long lived and existed—perhaps for millennia—before European arrival,” said Victor Thompson, Distinguished Research Professor and director of the Laboratory of Archaeology. “That’s a really different perspective on Native governance in this region than most archaeologists have.”

Historically, Thompson said, the interpretation of council houses has been tied to that of earthen platform mounds; concentric circles of post holes, the telltale archaeological evidence for council houses, often have been found near or on top of platform mounds. Over the centuries since European arrival, a consensus emerged that, up until about 1,000 years ago, mounds and houses were purely ceremonial in purpose and constructed by largely egalitarian peoples, but at one point they suddenly transformed into political structures dominated by the village “chief.”

“[The predominant view holds that] prior to 1,000 AD, platform mounds are communal and they’re built by these societies that don’t have chiefs or anything like that,” Thompson said. “But as soon as 1,000 AD hits, everyone has a chief, and the chief lives on top of the platform. Very convenient. Our new work adds more depth to this perspective and sheds light on the fact that while different positions existed in these governmental structures it is vastly more complicated, and democratic, than the traditional models posed by archaeologists since the 1970s.”

Indeed, ever since Spanish explorers reported the first eyewitness accounts, indigenous American cultures have been portrayed as chiefdoms, led by autocratic-style individuals imbued with significant power over their people. However, according to UGA’s tribal partners, this view conflicts with the forms of collective governance they still practice today and which, tradition has taught them, long predate the arrival of Europeans.

“We still have a National Council in our council house, which meets within it and passes national laws—it’s been this way for hundreds of generations,” said Turner Hunt, preservation officer for Muscogee (Creek) Nation and a co-author on the paper. “[The idea of chiefdoms] is a nuisance, and it’s a grand narrative that’s been very hard to overcome.”

Today the Cold Springs site lies partially submerged by Lake Oconee, a human-made reservoir about 75 miles east of Atlanta. The site was excavated in the early 1970s prior to completion of the dam on the Oconee River that created the lake. For their current research, Thompson and his colleagues reexamined artifacts from that dig that have been in the Laboratory of Archaeology’s collections for nearly 50 years.

“That’s the beauty of museum collections,” Thompson said. “They’ve just been sitting there, and they can tell you so much. All it really takes is new ideas, new methods, to be able to go back and look at these collections again.”

The researchers performed new radiocarbon dating on the existing physical artifacts—44 new dates in all, which make Cold Springs now one of the best-dated early mound sites in the Southeast. The testing placed primary occupation of the site between AD 500 and 700, with construction of the council house beginning sometime around 500 AD. As Thompson and his colleagues sifted through artifacts and other evidence, they stayed in continual contact with their Muscogee partners in Oklahoma.

“We were meeting on Zoom and looking at pictures of post holes—tons of pictures of post holes,” said RaeLynn Butler, manager of the Historic and Cultural Preservation Department for the Muscogee Nation. “Our major contributions were to digest the information and provide the traditional knowledge and perspectives as tribal people that helped bring to this research some much-needed context of our social organization and traditional forms of government.”

At the end of the day, both Hunt and Butler said, they hope to emphasize that sites like Cold Springs are not removed from contemporary society in a way similar to Stonehenge or the pyramids of Egypt. They are not relics of long-dead cultures with only historical or archaeological relevance.

“This is a paper about Ancestral Muskogean institutions, but there is a living, active culture that is directly connected to it,” Hunt said. “We believe our governments, our democratic institutions, have been practicing this way of life for thousands of years. We are connected to these people through the way we still conduct ourselves today.”