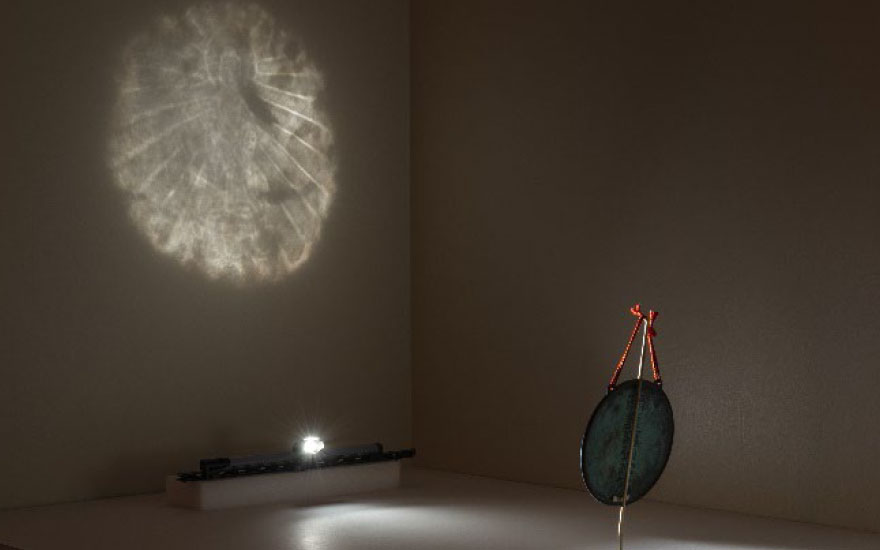 In storage for more than 50 years

Mirror, mirror on the wall—what is the rarest artwork of them all?

In spring 2021, while conducting research on an ancient artwork in the museum’s collection since 1961, Cincinnati Art Museum’s Curator of East Asian Art, Dr. Hou-mei Sung, made a once-in-a-lifetime discovery.

Under special lighting conditions, a plain-looking bronze mirror from the 16th century reflects to reveal an image of a Buddha surrounded by numerous emanating rays of light. This “magic” mirror will be on display beginning July 23, 2022, for the world to finally see.

Known as “magic” or “transparent” or “light penetrating” (透光鏡) mirrors, these types of artworks were first created in China during the Han dynasty (202 BCE–220 CE). When light is projected on them, the mirrors appear transparent and reveal characters or a decorative design.

“This is a national treasure for China, and we are so lucky to have rediscovered this rare object and have on view in Cincinnati,” said Sung.

The front of the museum’s mirror is a polished reflective surface, and the back is marked with six characters, 南無阿彌陀佛, the name of Amitābha Buddha.

Ancient magic mirrors are extremely difficult to make and are very rare. Other than the Han dynasty magic mirrors in the Shanghai Museum, only two other similar Buddhist magic mirrors are known: one in the Tokyo National Museum and the other in the Metropolitan Museum of Art. Both are Japanese mirrors made in the Edo period (1603–1867). Initial research of the Cincinnati mirror suggests that it is likely earlier in date than the two other examples and made in China.

Visitors can see the secrets of the mirror for free in the museum’s East Asian Gallery (Gallery 140) after July 23. The East Asian galleries include the arts of China, Japan, and Korea. The museum acquired its first East Asian art works in 1881, making it one of the oldest museum collections of East Asian art in the United States.