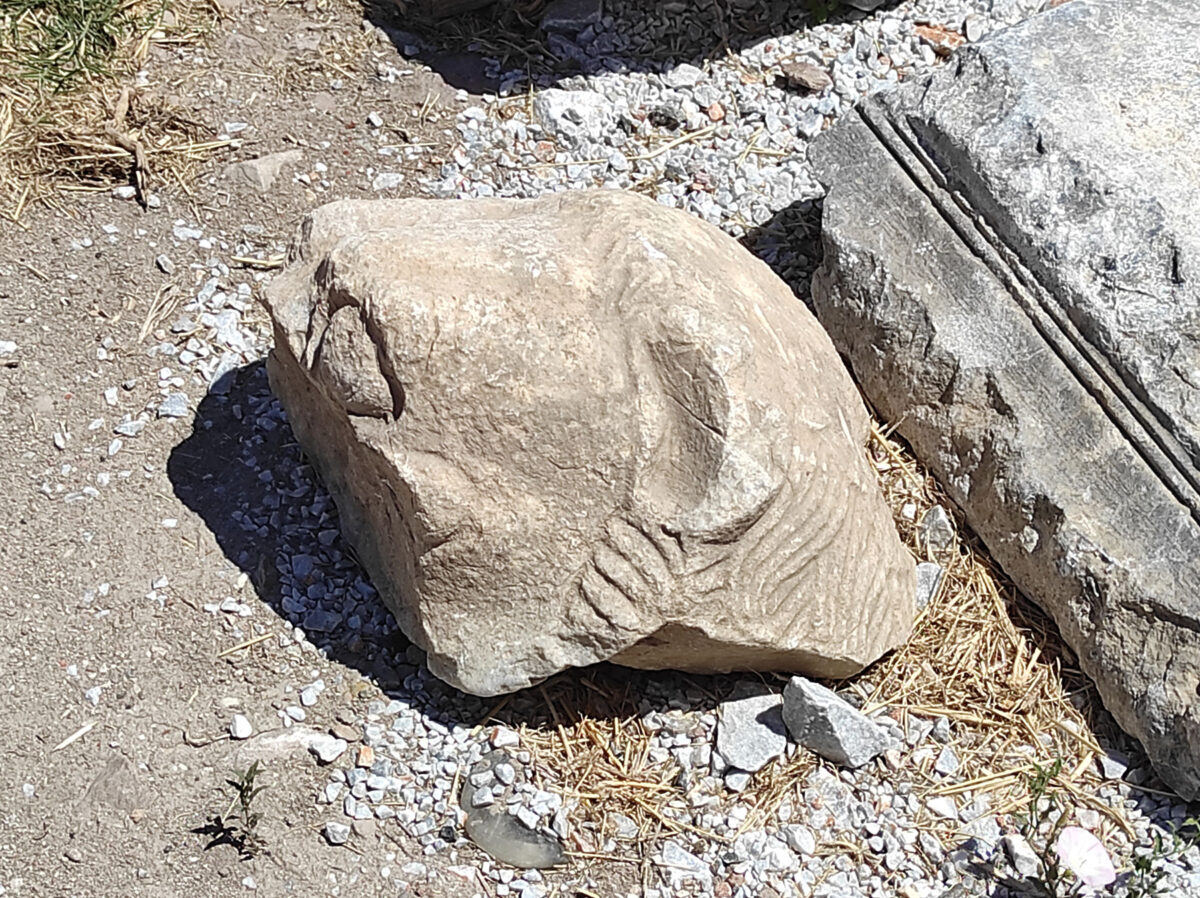 The unknown acropolis of ancient Mytilene

A marble inscribed member of a significant monument found

Inscribed architectural members, a relief plaque with a depiction of a man fishing on a ship and, some days ago, part of a marble lion head… All of these finds were used as building material in the various phases of the northeastern fortification walls of the Mytilene Castle which now undergo restoration. The finds suggest the existence of an unknown public building or a monument at the site during the early Roman phase of the ancient acropolis of the city.

These members were all used as building material at the foundations of the Medieval fortification and the Ottoman walls.

During her recent visit on Lesvos, Minister of Culture and Sports Lina Mendoni was informed that among these “spolia” a marble inscribed member of a significant monument had been found, as well as a relief plaque with a depiction of a man fishing on a ship of the 1st c. AD. These finds belong to the monument of the early Roman phase of the ancient acropolis. Other inscribed members and the marble lion head confirm the initial approach.

It should be noted that during the ongoing works at the northeastern precinct of the Mytilene Castle very important finds have been located, like the ones at the ancient Classical fortification of the late 5th c. BC. These finds shed light to an aspect of the city’s ancient history regarding the Mytilenean revolt at the end of the 5th c. BC. According to Thucydides and Diodorus Siculus Mytilene’s punishment was the confiscation of the fleet and the tearing down of the city’s walls which practically meant the loss of its state autonomy.

“Spolia” had been used in the Medieval fortification. Among them the mentioned inscriptions and the depiction of a man fishing were found.