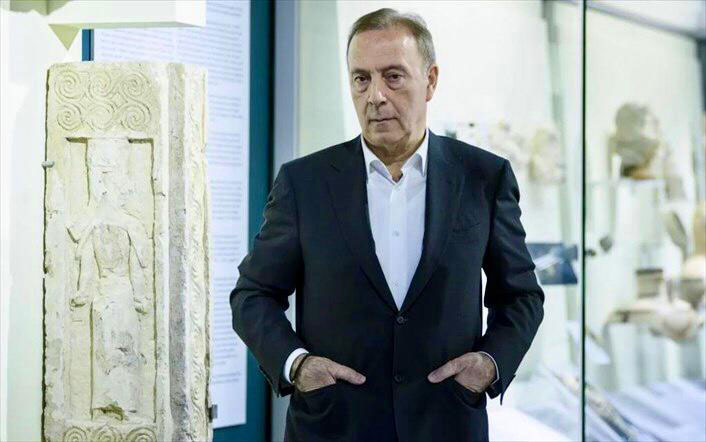 The reunification of the Parthenon marbles is a universal request

“The Parthenon Sculptures issue is not a dispute between the British Museum and the Acropolis Museum. It isn’t even a dispute between the UK and Greece. The reunification of the Sculptures of the Parthenon, in the body of which these architectural sculptures belong, is a universal request. It is mankind’s desire that the monument which is a panhuman symbol of democracy be restored. We do not want their return and reunification for the sake of Greece only, but for everyone, in a way which will be comprehensible for children and adults, for ‘foreigners’ and Greeks”, the general director of the Acropolis Museum professor Nikolaos Stambolidis declared to AMPA, following the recent statements of the deputy director of the British Museum, Jonathan Williams in the Sunday Times.

“The Sculptures issue is not a bilateral one. It is a matter concerning all Western civilization, not just Europe, but also Australia, New Zealand, North and South America etc., concerning democracies all over the world”, he pointed out. N. Stambolidis referred to the loan mentioned by the deputy director of the British Museum: “Loans are already being undertaken between the two museums, but not regarding the claimed Parthenon sculptures. What I mean is that we claim the architectural sculptures of the Parthenon which are parts of the body of a monumental whole. I am not referring to them as Marbles because marble is the material they are made of. I call them architectural sculptures of the Parthenon which are an integral part of the monument” he explained to the AMPA. As for Jonathan Williams’s argument that the Sculptures are an “absolutely integral part” of the British Museum’s collection he commented: “All civilized men claim that the British Museum is a universal museum because it includes all civilizations. However, leaving aside that a museum cannot teach theft, leaving aside everything Lord Byron and other British intellectuals have already written, the fact that the Parthenon sculptures are an integral part of the global symbol of democracy should make those who disagree reconsider what is fair. They argue that the Sculptures are an integral part of 200 years of the British Museum’s history. So I’m asking: Are 200 years more important than the 2,500 years since Parthenon’s creation, are they more important than Parthenon’s entity?” the general director of the Acropolis Museum underlined.

Regarding the integrity of the Parthenon he pointed out: “All ancient temples up to the era of the Parthenon reproduced mythological themes in their metopes, their friezes, their pediments: depictions of centauromachy, amazonomachy, gigantomachy, local legends… Until the Athenian democracy of Pericles no one has even dared to think, to design and to render artistically on the marble sculptures which referred to their time, i.e. to the democracy (…). The 160 metres of the Parthenon frieze are a parade of the Athenian democracy. Young and old, men, but also women –don’t forget that it was a male-dominated society–, horsemen, branch-carriers, even the lowest class of the thetes are depicted on it – apart from the priestesses, the ergastines etc. On this frieze all social classes are represented. And, in order that this would not be regarded as an hybris, they place it at a height of 10-12 m., on the upper part of the cella’s wall. They do not place it there for the eyes of the mortals. Rather, they raise their democracy at the eye level of the gods. The seizure of the Sculptures was as if a great power came while this parade went on and ‘stole’ half of the parading people taking them to a foreign land as prisoners” professor Stambolidis said.

What if someone would propose the return of a part of the Sculptures? “If someone cuts off a man’s hands and legs, leaving his torso mutilated, and then this someone decides to return only one or some of the mutilated members, I am asking you: Who wouldn’t want all his members back?” N. Stambolidis answered to the question AMPA has posed.

“When the Parthenon Sculptures were purchased by the English government in 1816, 30 members of the British Parliament were against this acquisition. Meaning that 30 British MPs did not want this acquisition to take place because they believed it was stolen goods. In other words, this is not something we have invented. The British themselves were saying that. Besides, it wasn’t until 1963 that by an act of the British Parliament it was forbidden that artifacts of the British Museum would leave its premises. Has this law been applied since 1963? No. The British Museum gave back the bones of the Aborigines to Australia and New Zealand; and of course you might point out that these were human remains. However, they also gave back artworks stolen by the Nazis. Britain has even encouraged other countries to return objects from the Holocaust. Thus, the British Museum has taken steps despite the prohibition of the 1963 law. You might argue that these were special cases, but so is the case of Parthenon. And anyhow, they may very well return them by a simple act of the British Parliament, in order that these will be reunited to the body where they belong to, to the Parthenon. They can follow the example of Sicily and Italy, which erased the Fagan fragment from the state property and send it to Greece so that it could be united forever with the East Frieze of the Parthenon in the Acropolis Museum”, N. Stambolidis stressed and he concluded:

“In the times we are going through, the financial crisis, the pandemic, the wars, the political crisis of democracy all over the world, it would be a very good thing if any prime minister of Britain was determined to be remembered as a hero of fairness and ethics”.